Welcome to an ongoing inquiry about the behavior of people and dogs.
Blog Home >> Animals and the People Who Love Them >> One’s Nose is Never So Happy (Can Scents Calm Dogs?) 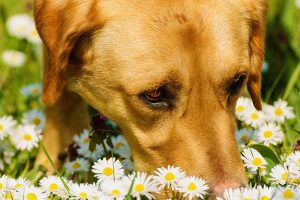 “One’s Nose is Never So Happy…” has nothing to do with dogs, except for the nose part. Here’s the full quote: “It has been observed that one’s nose is never so happy as when it is thrust into the affairs of another, from which some physiologists have drawn the inference that the nose is devoid of the sense of smell.” – Ambrose Bierce

Apologies for such a ridiculous diversion, but reading it made me spit out my tea while I was looking for interesting quotes about the sense of smell, so I opened with it.

The sense of smell is indeed what this post is about, and whether some scents can act to calm or relax dogs who are in stressful situations. The bottom line is yes, according to a study done by Jonathon Binks et. al. (2018, The behavioural effects of olfactory stimulation on dogs at a rescue shelter. Applied Animal Behaviour Science). To summarize, they presented 15 dogs in a Gloucestershire shelter with cloths scented with the essential oils of coconut , vanilla, valerian and ginger. Each cloth contained only one scent, and every dog received cloths with each scent in the study. In two other conditions, the dogs received either no cloth or a cloth with no extra scent. The frequency of vocalizing, resting, sleeping, and the position in the kennel (front or back) were recorded before and after the presentation of the cloths, which were placed on the floor of the kennel 30 minutes before data was gathered.

All four odors significantly decreased the rate of vocalizations, and increased the amount of time dogs were found to be resting or sleeping. Interestingly, ginger and coconut were more effective at eliciting sleep in the dogs. Does that mean we should all go out and purchase essential oils of ginger and coconut if our dogs won’t settle down? I’d say not necessarily, but… I am thrilled with the importance of this study, in that it raises important questions of the effect of scent on a dog’s behavior, and begins a line of inquiry that has seen far too little interest in years past.

By the author’s own admission, there were some design flaws in this study. The scents were offered to every dog in the same order, which brings up the potential of order effects. The sample size was small, as was the number of scents tested. However, this is a fantastic first look at an important issue in canine behavior. The issue has received some attention in our own species–we with our incompetent primate noses–and scent has indeed been found to have effects on human behavior. For example, lavender has been shown to help people sleep better (and many say it has the same effect on dogs). However, others argue that any effect of scent on human behavior is due to learning, not to an inherent quality of the scent itself. I suspect the reality is that it’s a combination of both, but the science of scent is not my wheelhouse, nor is it a particularly well-studied field.

But studies like this always make me curious, and I am tempted to try it out on my own dogs the next time we are traveling. Maggie is always a bit anxious in a new setting, and I’ll take along some lavender and ginger the next time we hit the road.

What about you? I’d love to hear about your experiences with the effect of scent, either on you or your dogs. I can say myself that some scents truly do seem to calm me or lift my mood, while others can do the opposite. (Moldy air conditioning units in hotels come to mind. As does car exhaust, which immediately puts me in a bad mood.)

MEANWHILE, back on the farm. We’ve pretty much gone from winter to summer here in the blink of an eye.  A little over two weeks ago it snowed 6-7 inches, now the weeds are growing so fast I can’t keep up. We had a deluge of rain last week, and due to some remodeling, we now have pits of mud around the house deep enough to envelop dinosaurs. We rescued Tootsie out of one before she sank into oblivion… 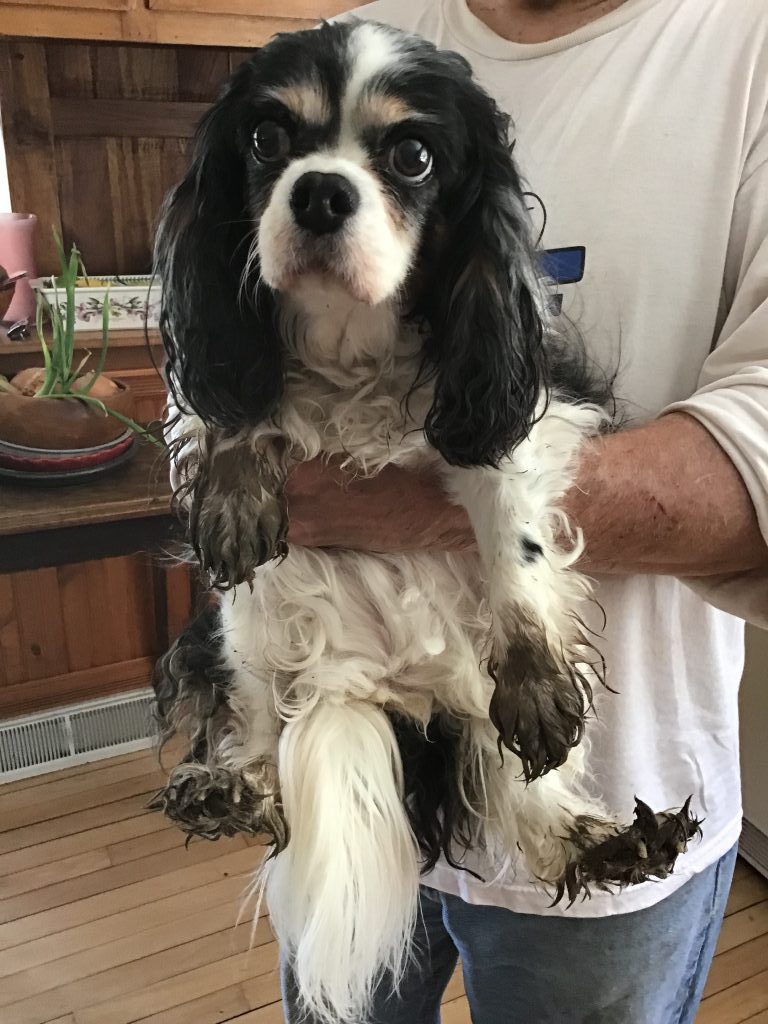 The good news is that the songbirds are back, and the tulips are coming on strong. I totally get why people went crazy over tulips years ago! 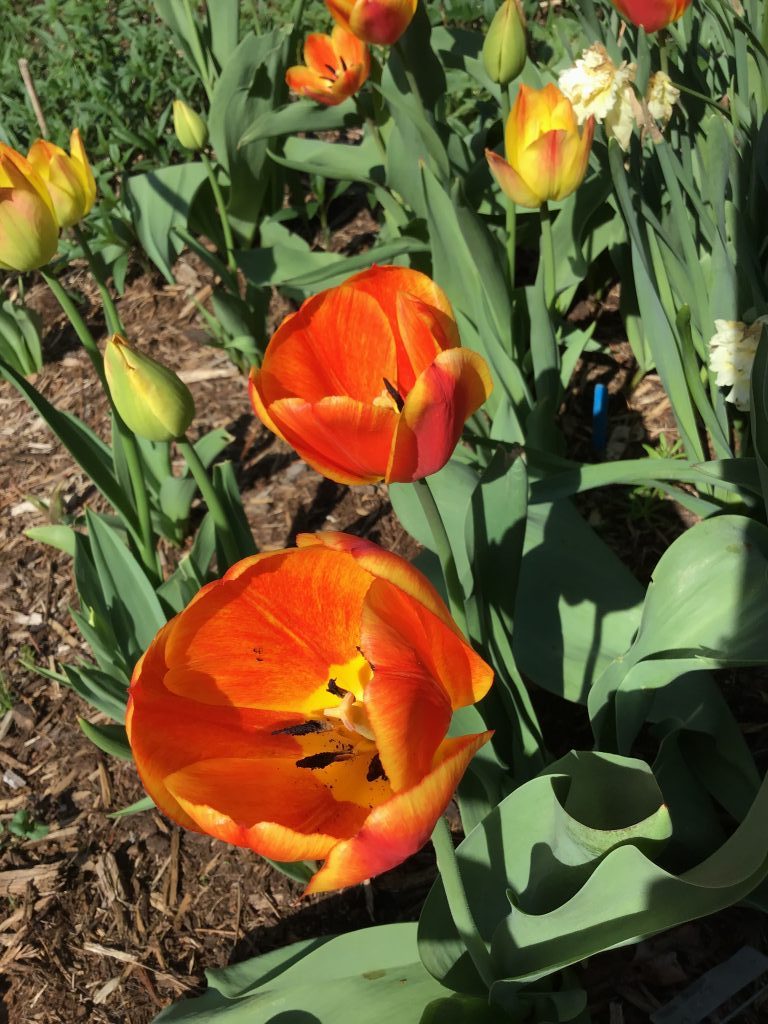 « Leaving Your Dogs Home with a Sitter?
Dog Training Can Make You a Better Writer (and Vice Versa) »