Welcome to an ongoing inquiry about the behavior of people and dogs.
Blog Home >> 2013 >> Archives for October 2013 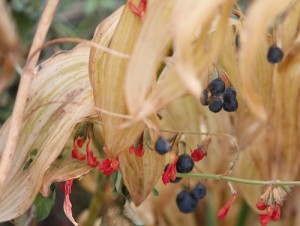 Did you note the plural, "winners"? So many great stories came in that we struggled to choose a winner. (Such a difficult chore, poor us!) We ended up awarding the prize to two stories, both very different ones, but equally deserving. These stories are perfect examples of 'the laugh is on me," provided lots of new laughs and were beautifully written. Story winners, Amy W and Katie N should contact Katie here at the office at katie@patriciamcconnell.com and tell her what autographed book you'd like us to send. The books come with sincere gratitude for the great laughs, and the obvious love that comes with it. ---- AMY W's STORY: Over the years I have inadvertently thrown those Kong-with-a-rope toys into dozens of trees. So the feeling of despair I felt as Axle and I stood staring at END_OF_DOCUMENT_TOKEN_TO_BE_REPLACED 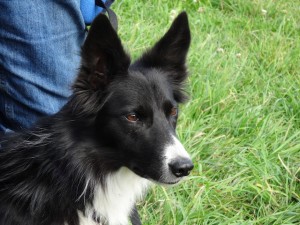 Mea culpa. Awhile back I hastily posted a Here Here! on Facebook about the new USDA regulations targeting internet sales of dogs. The regulations narrow the definition of "retail pet stores" in order to regulate the sales of animals sold "sight unseen," an increasingly common situation given the vast reach of the internet, and the increase in the number of puppies purchased by buyers who have no idea how they were raised. The responses to my FB post came in fast and furious and can be summarized by the following examples: "Oh, Trisha, it makes me so sad that you think that is what they have done. Please educate yourself further. This is not a step forward for the reputable breeding community." "Yes and by doing so, they are requiring everyone with 4 intact females to raise their END_OF_DOCUMENT_TOKEN_TO_BE_REPLACED

Did you hear about the study that taught dogs to voluntarily participate in research using MRIs ? The work was done by Gregory Berns, a PhD and physician who studies, in his words, "the neurobiological basis for individual preferences and how neurobiology places constraints on the decisions people make." After working exclusively with humans for years, he decided to branch out and start looking more closely at the brains of our canine compatriots. What is especially exciting about his work is that he and his colleagues have used positive reinforcement to train dogs to willingly have MRIs in order to study their neurological responses to different stimuli. This might not seem particularly impressive, unless you've had an MRI yourself. I've had two, and the good news is that the one I had END_OF_DOCUMENT_TOKEN_TO_BE_REPLACED 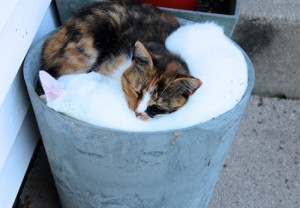 Last night I went outside to feed the cats and called "NELLIE! NELLIE! POLLY! POLLY!" and both cats came running like circus cats from behind the barn. Later I took the dogs out to potty; Willie wheeled around in a microsecond when I called his name, and after I called "Tootsie, Come!," she turned away from sniffing the ground and came running to me, ears flapping, eyes shining. Full disclosure: I just love it when my animals come when I call. My heart swells up when I see them come running, as if there was nothing else in the world they would rather do. Of course, I know perfectly well that the cats come because it's dinner time, and Tootsie comes because she knows that I often have a treat in my pocket, and Willie comes, well, because he'd come no matter what if I just asked him in a END_OF_DOCUMENT_TOKEN_TO_BE_REPLACED