Welcome to an ongoing inquiry about the behavior of people and dogs.
Blog Home >> 2014 >> Archives for July 2014 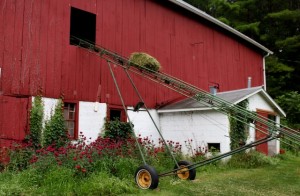 When do you intervene when your dog's play becomes borderline? We all know that there is no simple answer to this question. (Except, of course... "It depends.") I wrote extensively on this topic in May. However, the evolving relationship between Maggie and Willie continues to keep the question relevant on a daily basis. You might recall that I mentioned earlier I was quietly intervening when the dogs became emotionally aroused while playing tug. Maggie gets so excited she starts sounding like a chainsaw on steroids, and Willie sometimes gets that flat-eyed, lizard look that means he's about to do something he shouldn't. When that happened I began saying, always in a cheerful voice, "That'll Do" or calling Willie's name to come to me. I was always happy and upbeat about it, careful not END_OF_DOCUMENT_TOKEN_TO_BE_REPLACED 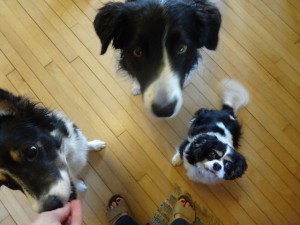 Not long ago I re-posted a blog about Resource Guarding (RG), but focused treatment options on dogs who direct their threats toward people. Many of you asked about RG between dogs, and I promised I'd address that this summer. Here we go... There's no doubt that RG between dogs is a bit trickier than when it occurs toward a person, perhaps because it is simply easier to control the behavior of a member of our species than it is a dog. But there is a lot one can do to prevent or treat RG between dogs. Can it solve all problems between all dogs? Do I have a bridge to sell you? No, but here are some ideas that I've found helpful in the past. PREVENTION I know this isn't helpful once the problem has begun, but don't miss the chance to prevent RG before it rears its jealous head. Say you END_OF_DOCUMENT_TOKEN_TO_BE_REPLACED 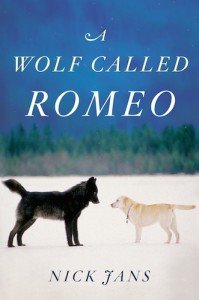 Just a quick note: I was lucky enough to get a pre-pub copy of a book titled A Wolf Called Romeo by Nick Jans and can't recommend it highly enough. I  just heard that it is now officially out, and I suggest that you drop what you are doing and order it right now. It's about a wolf who appeared one day outside of Juneau, and began a six-year odyssey of relationships with local dogs, curious onlookers, the predictable wolf haters and those who understood enough biology to be both riveted and worried about what might eventually happen. Nick Jans was one of the first people to spot the wolf; that's his dog on the cover, during the wolf and dog's first meeting when Jans was sure his dog was about to die. Instead, Romeo began a unique and compelling relationship with local dogs, END_OF_DOCUMENT_TOKEN_TO_BE_REPLACED 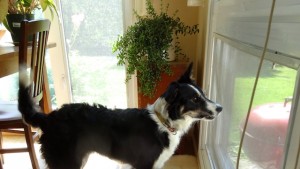 Have you seen the stage play, Sylvia, in which a man brings a stray dog home from the park and adopts it? The dog is always played by a woman, who often barks at appropriate (and inappropriate) moments. Except, as a person playing a dog, she doesn't say BARRR RARRR or WOOF. She says HEY! HEY! HEYHEYHEY!!! I saw the play with a girlfriend, another dog lover, and we both thought that "Hey!" was a brilliant translation of dog barks. Not to mention being hysterically funny. Every time we saw each other for months we'd bark HEY! HEY! HEY! at each other. And crack up like school girls. But what are dogs "saying" when they bark?  We don't know, but there are two primary hypotheses about what is going on when they do. 1) Barks are examples of "referential communication," in that each bark END_OF_DOCUMENT_TOKEN_TO_BE_REPLACED 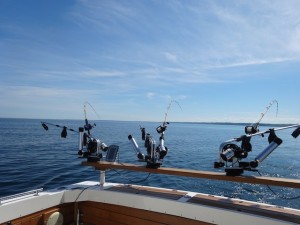 True confessions: I'm just back to work, after a lovely holiday weekend with Jim, Maggie and Willie. (Tootsie got to stay home with a farm sitter and be Dog #1 all weekend. I suspect she loved it.) No time then to do research on this week's blog, but here's a scrap book of some of our fun: We stayed at a dear friend's cabin in the woods about 2 hours away from the farm. Here's our favorite road sign of the trip: I will leave it to your imagination to imagine the jokes that ensued. We did find ourselves needing to stop at a gas station soon after seeing the signs though... Maggie and Willie loved where we stayed. Forty acres of Maple-Birch-Beechwood woods, great hiking trails and our very own pond with water lilies, a resident Kingfisher, and Bullfrogs whose croaking sounded so END_OF_DOCUMENT_TOKEN_TO_BE_REPLACED