Welcome to an ongoing inquiry about the behavior of people and dogs.
Blog Home >> 2015 >> Archives for July 2015 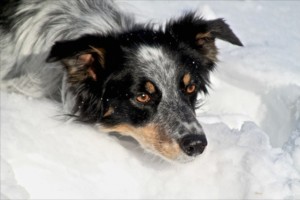 Little Nell, a fox-faced Border Collie, came to visit the farm over twenty-five years ago, when I was just getting started as a behaviorist. A sweetheart of a dog, she melted when petted and came when I called, eyes shining, radiating joy and exuberance. However, one day she didn't respond when I called her. Her face was buried in the tall grass by the driveway and I could hear her snuffling at something under her nose. As I got closer, she turned her head toward me, and... I froze. I didn't even know why at the time, it seemed to happen automatically, and too fast to consciously evaluate. And then I realized  that Nell's eyes had gone "hard," a look that people had been telling me about, but I had never seen. "Watch out for it," trainers and behaviorists with more experience than I had END_OF_DOCUMENT_TOKEN_TO_BE_REPLACED 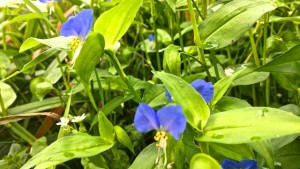 Many of you know I've been holed up working on my memoir every morning for the last millennium, and thus haven't done a lot of speaking. (Okay, maybe it's not been that long.) The good news is that I am making progress on the book (actually, a "mutual memoir" about me and Willie). I finished a manuscript last December, and sent it out for review. Lots of insightful comments by some great writers and editors led to re-write that now keeps me busy from 8 am to noon. I'm about half done with that, having started again in June after finishing teaching at the university in late May. Cross your paws that this new version, once done sometime in late fall or early winter, will only need some tweaks. I'll keeping working throughout 2015, but by the end of the year, I think I will have run out of END_OF_DOCUMENT_TOKEN_TO_BE_REPLACED 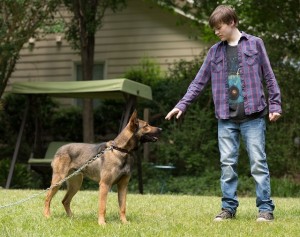 As you may know, a movie about a military dog, Max, is getting a lot of attention. I just read a summary of the plot, which convinced me that I'll be better off watching bad TV at home while rubbing my dogs' bellies than going to see it. It might be a great movie, who knows, (although the reviews are not stellar), but in it Max the Malinois is brought back from Afghanistan after watching his handler be shot and killed by another American soldier, later is chained and abandoned alone in a backyard, then severely injured fighting off two "bad guy" dogs. Next, he is accused of seriously biting a person, taken away by animal control to a pound, from which he escapes, and then... Enough. Sorry, I had a hard enough time watching the Border Collie in the movie Babe be wrongly accused of killing END_OF_DOCUMENT_TOKEN_TO_BE_REPLACED 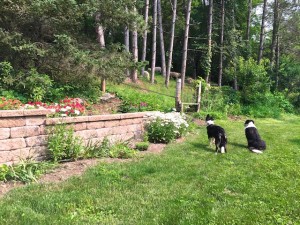 If you know my work you know that "It Depends" is my answer to 95% of all questions asked about dog behavior. Question: "Should I intervene if my dog growls at a puppy?" Answer: It depends. Question: "What would you do if your well-trained dog looked at you when you called him back, and then takes off running in the other direction?" Answer: It depends. I usually say "It depends" in partial jest, knowing how useless it must sound to the person hearing it. But "It Depends" has an important kernel of truth in it, because cookie cutter formulas don't work with animals as complicated as dogs. How to handle a behavioral issue depends on so many things: the age of the dog, the level of training, the intensity of the distraction, etc. I heard another version of this at the Derek END_OF_DOCUMENT_TOKEN_TO_BE_REPLACED