Welcome to an ongoing inquiry about the behavior of people and dogs.
Blog Home >> 2017 >> Archives for December 2017 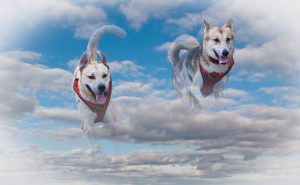 (Warning: This is not a happy holiday tale. I write it only because it is about an important issue, and something I've been involved in for almost two years. I wish more than I can say that I didn't feel a need to tell you this story.) On January 22nd, 2016, Frannie and Gary were shot and killed by a coyote hunter. Frannie, a joyful, luminous Husky, was shot in the chest. Her lungs collapsed, and she died on the trail at Badfish Creek Wildlife Area in Dane County, WI. Gary, described as a 75 pound, slap-happy, yellow-furred, Mastiff cross, was shot from behind. His pelvis was shattered, and he died a few days later after extensive efforts to save him. The hunter, who thought the dogs were coyotes, was charged with two misdemeanor counts of mistreatment of animals and one count of END_OF_DOCUMENT_TOKEN_TO_BE_REPLACED 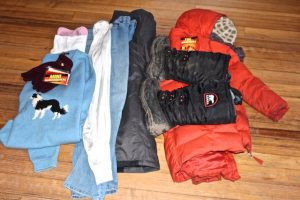 Just bad clothes. There's truth to that, but finding the right clothes for winter can be a bit of a challenge. When I first left Arizona and moved to Massachusetts I strained the muscles between my ribs because I shook so hard when winter arrived. I'd look out the window and it would be sunny and I'd think, oh great, it's not that cold. I'd leave with a little jacket and walk about a mile with our St. Bernard. (Named Cosby. Sigh.) I was so cold when I returned to the apartment that I couldn't stop shivering and literally strained my intercostal muscles. Finally I learned that sun does not equal warm, and bought a "real" winter coat, which didn't begin to keep me warm. It looked warm to someone from Arizona, but it wasn't up to the weather in winter in MA. It's been a bit of a learning END_OF_DOCUMENT_TOKEN_TO_BE_REPLACED 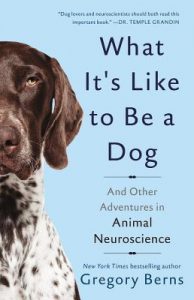 What It's Like to Be a Dog: And Other Adventures in Animal Neuroscience by Gregory Berns. In one of the early seminal papers on cognitive science, Thomas Nagel famously said that we could never really know what it is like to be a bat. (He actually said, "I want to know what it is like for a bat to be bat." [As opposed to what it would be like for a human to behave or feel like a bat.]) His point was that objective facts about cognition can not tell us about subjective experiences. I would love to talk to him about the work being done by Berns using technology like MRI's to explore the minds of other animals. And explore we can, given the ground-breaking work done by Berns and and others on what's going on behind the big, beautiful eyes of our dogs (also see Andics et. al., Eotvos END_OF_DOCUMENT_TOKEN_TO_BE_REPLACED 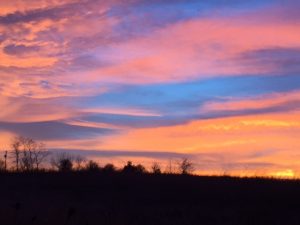 Like many of us, I am finding the world to be increasingly worrisome. Between feeling physically sick about the non-ending reveals of sexual assault and harassment, the relentless attacks on the environment on our fragile globe, and political ideologies based on hate and fear--well, thank God for dogs. There are days I honestly feel like my dogs are keeping me sane. Here are three tiny things that each of my dogs did that made me feel deeply, truly happy, if just for a moment. (I'll tell you mine if you'll tell me yours.)   WILLIE: Saturday morning I nestled in bed while Jim took the dogs outside for their early morning pee. (The dogs, not Jim.) Suddenly I heard barking. It took me a moment to realize it was Jim barking at a pack of coyotes over the hill. Both Jim and I had END_OF_DOCUMENT_TOKEN_TO_BE_REPLACED