Welcome to an ongoing inquiry about the behavior of people and dogs.
Blog Home >> 2019 >> Archives for February 2019 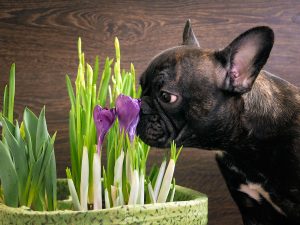 Ah, poopsicles, my current competition for Willie and Maggie's attention. It's too bad that their primary outdoor object of interest is, well, poop, because searching for something in knee deep snow is a great way to keep dogs entertained. (Luckily, we have a vast armory of treats that make it easy to reinforce our Recall or Leave It cue, and avoid being licked by dog whose breath smells like a sewer. We just have to watch them like hawks.) But watching Maggie plunge her nose into the snow, a nose that could clear a 200 acre dog park of poop in an hour, no matter how deeply buried in snow, reminds me how important scent is to dogs. Not to mention how snowy winters give dogs less opportunity to use their noses. And this is an opportunity that feels especially important to me right now, END_OF_DOCUMENT_TOKEN_TO_BE_REPLACED 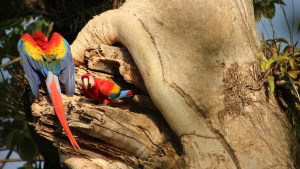 Ahhhhhhhhh. We are just back from a ridiculously luxurious vacation on the Osa Peninsula in Costa Rica. National Geographic calls it “the most biologically intense place on earth”, and it just takes a few hours there to understand why. It covers less than a thousandth of a percent of the earth's surface area, but houses 2.5% of the biodiversity of the entire world. Lest "2.5 %" doesn't sound like a lot, keep in mind that it includes 463 species of birds, 140 mammals, over 4,000 vascular plants and 10,000 species of insects. Surprisingly, even though we were in the rain forest, there were literally no bothersome insects. Not a mosquito all week, and some killer-cool, huge beetles that surely anyone would love. Jim and I took a gazillion photos, and lucky for you, I can't begin to END_OF_DOCUMENT_TOKEN_TO_BE_REPLACED 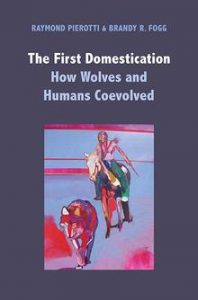 These books as are different as a Bulldog and a Whippet. I recommend them both, but note I have some caveats for each. The First Domestication: How Wolves and Humans Coevolved is by Raymond Pierotti and Brandy R. Fogg. I love its perspective--it's the first book I know of that incorporates indigenous perspectives on the origin of the domestic dog and the relationship between people and wolves. (FYI, for a short time I lived outside of Leupp, Arizona, on a Navajo Indian Reservation. My first husband, Doug McConnell, was accepted into the Teacher Corps right before we were married. We both learned a great deal about the Navajo culture, and I've been attuned to the differences between European and Native American perspectives ever since. Yá'át'ééh!) The authors argue that European END_OF_DOCUMENT_TOKEN_TO_BE_REPLACED 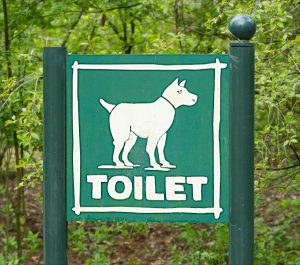 Well, I'm a little concerned about how that title is going to play out on the internet, but what's life without a little risk? Here's all I want to say this week: Please pick up dog poop. Any dog poop, anywhere. Not just your own dog's, any dog's. No matter where you find it. Why, you say? Why should we pick up poop from someone's else's dog? From someone far less responsible than we are? Simple: Because we want to keep walking our dogs in neighborhoods, in parks and on trails. Because the more poop that is sitting out there for all to see, the more someone is going to object, and start calling for dogs to be banned from our favorite walking places. And yes, you can make it fun. And no, I have not lost my mind. I ran a contest for a few years at a local dog park during its END_OF_DOCUMENT_TOKEN_TO_BE_REPLACED