Welcome to an ongoing inquiry about the behavior of people and dogs.
Blog Home >> Animals and the People Who Love Them >> Assessing Food Guarding Tests in Shelters

Oh my, I wish you could have been at the Animal Behavior Society Conference, just held in Milwaukee, WI. The “Applied Track” and “Public Day” were awesome. I’ll be writing posts about it for many weeks to come. (Next year it will be in Chicago, IL. Be there or be square. More on that in another post.)

Here’s a summary of one of the talks most relevant to dog owners, trainers and shelters–a fantastic presentation by Heather Mohan-Gibbons, ASPCA Director of Research. In a talk titled “What happens when animal shelters stop assessing for food guarding in their shelter assessments?” we learned that the answer was crystal clear:  Nothing. 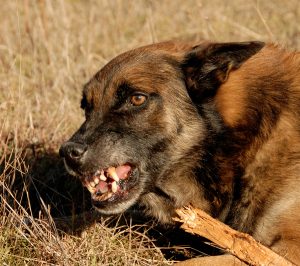 In this study, just published in Animals 2018, nine shelters did food guarding assessments for two months on all dogs deemed otherwise adoptable. But for the next two months, no dogs were assessed for food guarding, and were adopted out without the information provided by those tests. Over the four month period, a total of 14,000 dogs were placed in new homes. (That’s a huge sample size for this kind of work.)

The question this study asked was: Were there any differences between ‘tested’ and ‘not tested’ in the rate of returns once the dogs were placed, or in the frequency/severity of bites or injuries to shelter workers or new owners? This is an important question to ask, because dogs who test “positive” for food guarding are “less likely to be adopted, had a longer shelter stay, and were more likely to be euthanized.”

Were any of those concerns supported by the study? Were there any differences in the rate of returns? Aggressive behavior in any context? The answer was clear: Nope. Food guarding tests are not reliably predictive of behavior once a dog leaves a shelter setting, and they have no effect of whether a dog is returned to the shelter or not.

This work supports the work of others in recent years. Dr. Amy Marder found that 45% of dogs tested as FA+ (or ‘aggressive around food’) exhibited similar behavior in a home.  It also found that the return rate of the dogs was lower than that of the general population. Wowser.

In another study, Dr. Amy Marder and colleagues found that 45% of FA+ (food aggressive positive) dogs did not guard food in any way in their new homes, and 22% of dogs who did not RG in the shelter did so at home. Perhaps most importantly, “Most adopters, including those whose dogs were reported FA+ in the home, did not consider FA+ behavior to be a challenge to keeping the dog as a pet.”

In a study on the predictive value of shelter assessments, Patronek et. al. wrote in 2016 that false positives were so problematic that the results were “no better than flipping a coin.”

So, what are shelters to do? Dr. Mohan-Gibbons suggests dropping the food guarding tests, because they appear to add little to information gained in a more organic way. She notes that shelters usually screen out dogs who are clearly aggressive, including around food during feeding times. She also recommends maximizing the information taken during intake, to train all staff and volunteers in body language, and to explain to adopters that “food guarding” is a normal canine behavior that can be conditioned and managed. Good advice all around, I’d say.

Let me add one thing here, because I know that this issue is controversial and a bit of a hot button issue for some. First off, I think it’s important to avoid negative statements about people and organizations who have done food guarding tests with the best of intentions. Yes, we have all seen some done poorly, such that the best of dogs is so harassed it is basically turned into a food guarding dog, but thousands of people have done the tests believing that it was the best way to keep the public safe from serious injury. Here’s a video from 2010 from the ASPCA that gives you an idea of the test itself (if you haven’t seen it) and how perspectives can change over time. And, truth in advertising, here’s a link to my own post in 2014, in which I warn of the dangers of doing the test incorrectly, but suggesting the value of assessments in a general sense. Of course, I now wish I’d specifically asked for some data re food guarding assessments, but hind sight is 20/20 for all of us.

This is a perfect example of the importance of science and keeping an open mind–what do we think we know, because it makes sense, and what do we know for sure, based on clear, factual information? It often takes science a while to answer some of those questions (just as it takes time for us to figure out what needs asking), but in the end, we all need to keep questioning and testing our assumptions.

I should add that the article by Dr. Mohan-Gibbons et. al. emphasizes there are some complications and unanswered questions in this study, and if you are involved in any way in assessing dogs I strongly recommend you read the entire article.

There’s lots more to talk about from the ABS conference; I’ll be writing about it in posts to come in the next few months. As mentioned earlier, stayed tuned for more information about next year’s conference in Chicago. Here’s the place to check in to get details.

MEANWHILE, back on the farm: Argh, Maggie has a rear leg injury and I had to pull her from the Cedar Stone Farm Trial coming up this weekend in Cambridge, WI. Of course, it’s only an hour away and the easiest one of all the nearby trials for us to attend. But if I push her recovery I risk her not running in 3 more trials this season, and heavens knows what else, so it’s one of the “simple but not easy” decisions. The next trial is Labor Day, and I’m not sure she’s going to make that either. Damn. But hey, it’s just a game and what’s important is her long term health.

Willie, on the other hand, is loving it. He’s now the go to herding dog at the farm, who has to bring the sheep down every evening and split out the lambs for their daily portion of grain.

Most of the lambs and momma ewes look really good right now, although there are two lambs who look a bit thin to me. We just wormed them last night, and I’ll keep a close eye on them until they look hardier. One has the full mouth in the photo on the right, good for her for eating up!