Welcome to an ongoing inquiry about the behavior of people and dogs.
Blog Home >> Animals and the People Who Love Them >> Placebos and Dogs Revisited 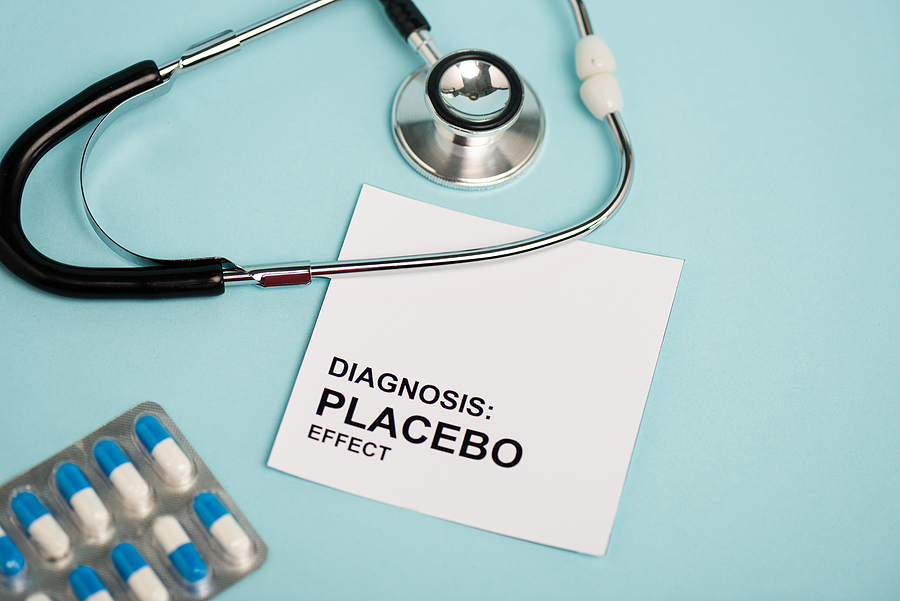 Getting stung by wasps led me to learn about all kinds of “non-traditional” treatments, including an application of the common weed, plantain. (I wish I’d tried it; one of our readers swore by it, and later I learned about its medicinal properties. Impressive.) We have plantain everywhere here on the farm, and next time I get stung I’m chewing up some leaves to release the tannins that draw out the venom and compress tissues to decrease pain and swelling.

One thing led to another, and down the rabbit hole I went, until I found this post I wrote in 2015 about placebos and dogs. I still find the issue fascinating, and would love to hear your thoughts on the issue. But first, read about the research that reminds us of the power of the environment on even our body’s internal behavior.

I’ve always been fascinated by placebos and I never understood why the phrase “the placebo effect” was often spoken with such disdain. Here is a standard definition (from Wikipedia): “A placebo is a simulated or otherwise medically ineffectual treatment for a disease or other medical condition intended to deceive the recipient.” Except, it’s not necessarily ineffectual, right? That’s the point, if you think about it: We know that you can be helped just by the belief that something can help you, and that factor must be eliminated when testing new medications or treatments. Yes, the placebo effect can be a confounding factor when trying to discern if a particular treatment or medication is worthwhile, but isn’t it even more remarkable that belief itself can be therapeutic?

Study after study has shown that the mind-body connection is alive and well, illustrated by this experiment which found that a placebo was more effective at alleviating symptoms of Parkinson’s when patients were told they were being given a “more expensive” drug than the previous one they had been taking.

We are starting to understand more about the mechanisms of placebos: That they can create measurable changes in brain function and physiology based either on classical conditioning and/or what’s called the “expectancy effect,” both of which might be “in your head,” but only because your brain has changed its physiology and function in real and quantifiable ways. There’s tons of information out there on the placebo effect, but here’s a review article I thought was balanced and interesting. There are also a multitude of books written about the placebo effect; I’d love to hear if any readers have read them.) 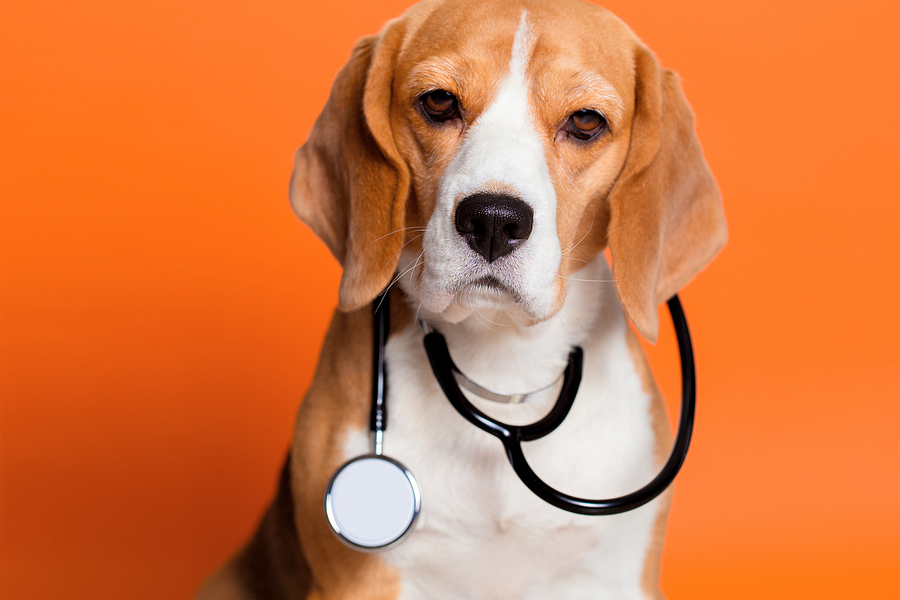 But placebos and dogs? Ha! Surely no dog leaves the vet’s office in the belief that the hard, lump thing slid down her throat is going to make her better. But a recent study from Hungary (see abstract here) found that dogs do respond to what is sometimes called “contextual healing” and the type of placebo effect based on classical conditioning (more on that soon). In summary, dogs were briefly left alone in an unfamiliar room, and at one point, a stranger entered and spent a few minutes with the dog. The dog’s behavior, especially distress-related behavior at the doorways after the owner left, was first recorded to establish a baseline. Then some dogs were given a sedative 30 minutes before entering the room, while the control group were given a vitamin. Once the sedative took effect, the same order of “owner leaves, stranger enters” occurred. This procedure was repeated a third time, but in this trial, no dogs were given a sedative, and all dogs were given the vitamin. As expected, the dogs receiving a sedative were less distressed when their owners left (at least, their distress-related behavior decreased: We should all note that those aren’t necessarily the same things, right?).

The interesting result of the study is that the dogs who were sedated with a sedative were equally quiet when given the vitamin pill the next go round. That effect doesn’t appear to be one of habituation, because the control group, the dogs given only vitamins both times, showed more distressed behavior the third time around, not less. In other words, once the dog’s brain and body had learned to associate feeling (or behaving?) more relaxed after being given a pill that calmed them, the dogs had the same response to any pill given in the same context, even though it was a simple vitamin, not a sedative. This result could be taken as evidence of classical conditioning (UCS = a sedative, CS = being given a pill) and contextual healing (“any pill works in this room in this context”).

I’ve skimmed over some of the details of the study for the sake of brevity, but here it is if you have access to it: “Conditioned placebo effect in dogs decreases separation related behaviours.” Sümegi, Gácsi, Topál, Applied Animal Behaviour Science 159 (2014), 90-98. 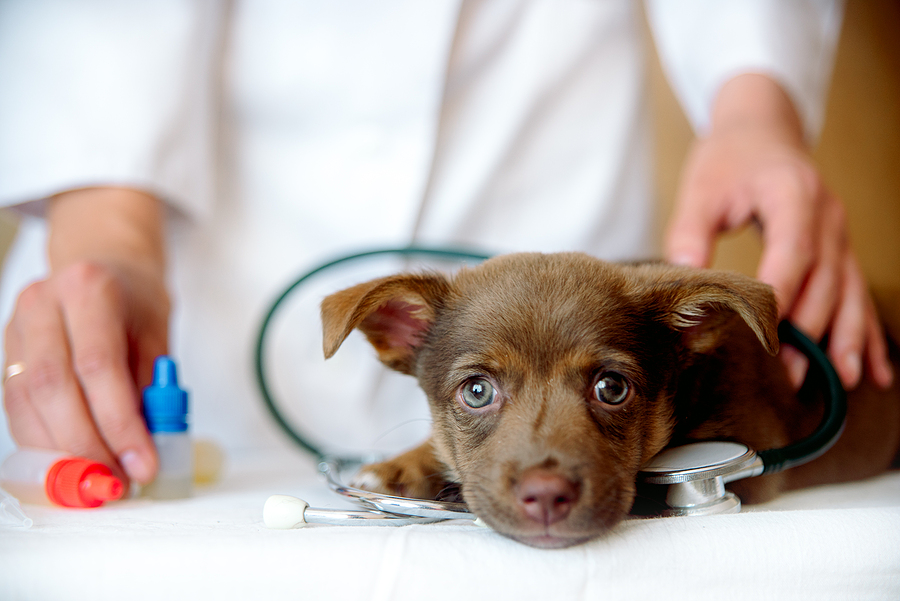 Of course, the question is, what does this mean for our dogs? I’m not sure that anyone has a definitive answer to this question, any more than we do in human medicine. But at least, it means that details matter. Here is a direct quote from the article itself about possible applications:

“Severe cases of separation anxiety often require the use of medications in addition to a behaviour modification programme. Once the desired effect is achieved, the dose of the medicine may be gradually reduced and finally merely the procedure can maintain the effect. However, so far the administration method of the medicine has not been considered as important. Our results suggest that applying a specific regimen, that is, administrating the medicine always with the same environmental cues, for example with the same specific food type and with a set ritual, the real medicine can later be effectively replaced by placebo.”

Interesting stuff, yes? And of course, what effect might our beliefs about a medication have on our dogs? I find it hard to imagine that, at least sometimes, in some contexts, our own expectations have an effect on our dogs too. I’d love to hear your thoughts on this.

MEANWHILE, back on the farm in 2020: Here are Maggie and I at a friend’s farm gathering the sheep off of a steep hill. (Thanks Jim for hiking up to get the photo!) 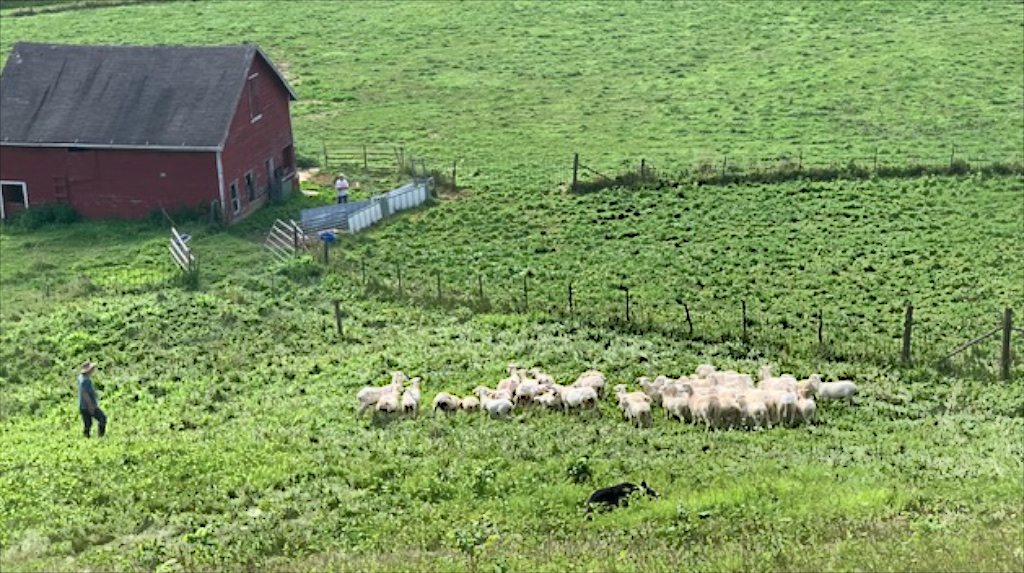 Here’s the view from up the hill: 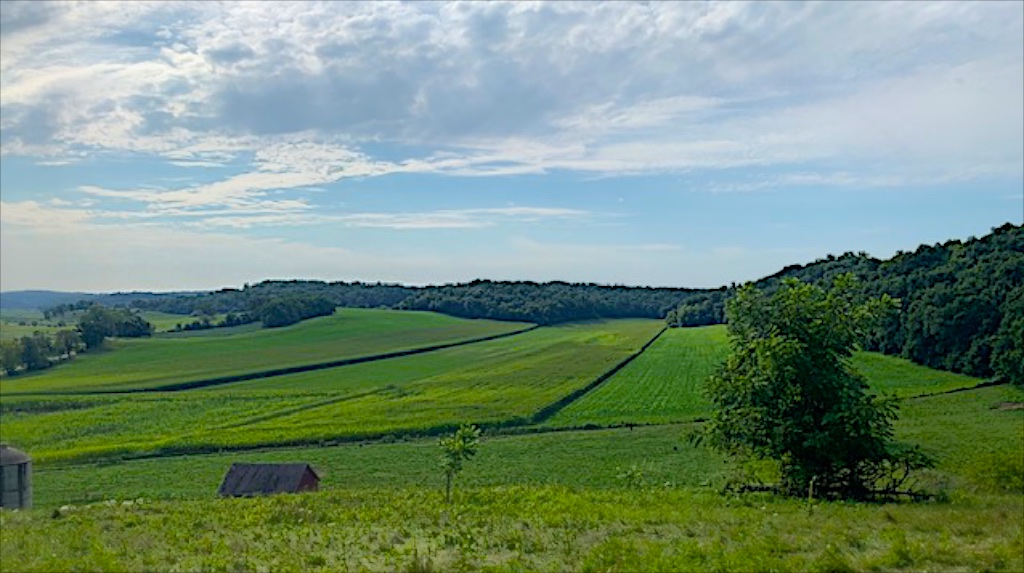 This is what we started with; Maggie and I had to do some hiking to get them gathered up. 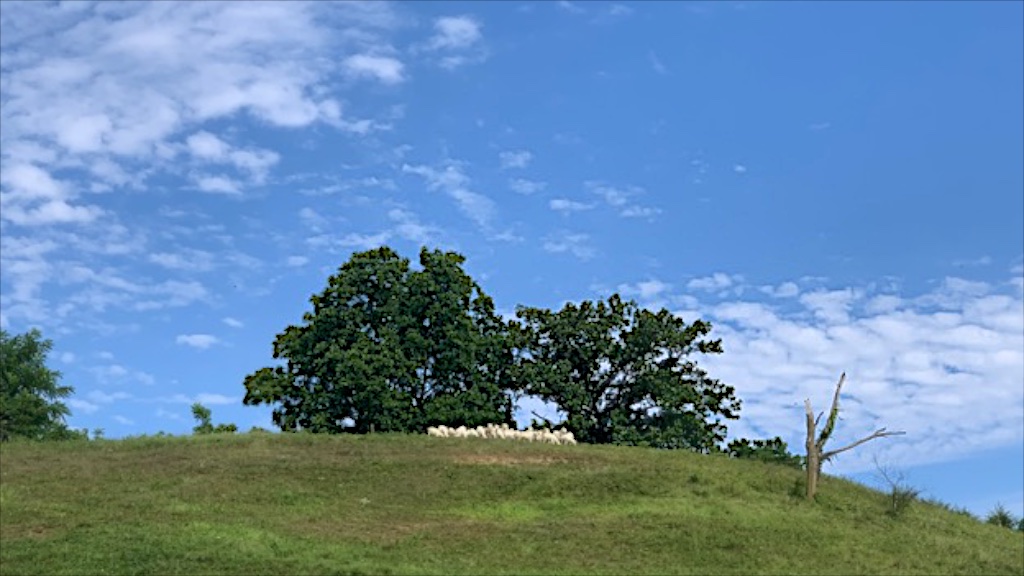 Melanie our Hummer girl is still here. Right after I took this photo the male came and did a courtship flight over her. I was charmed myself, but I’m not sure if she was equally impressed. She chased him off. 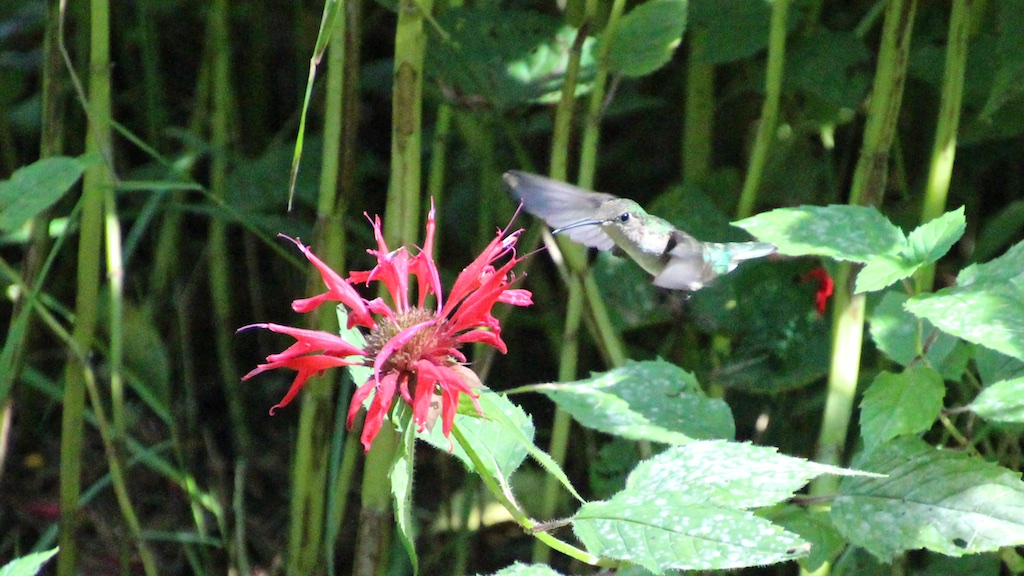 Nellie and Polly continue to adore their Katris nest, and are finding ways to up the cute factor. 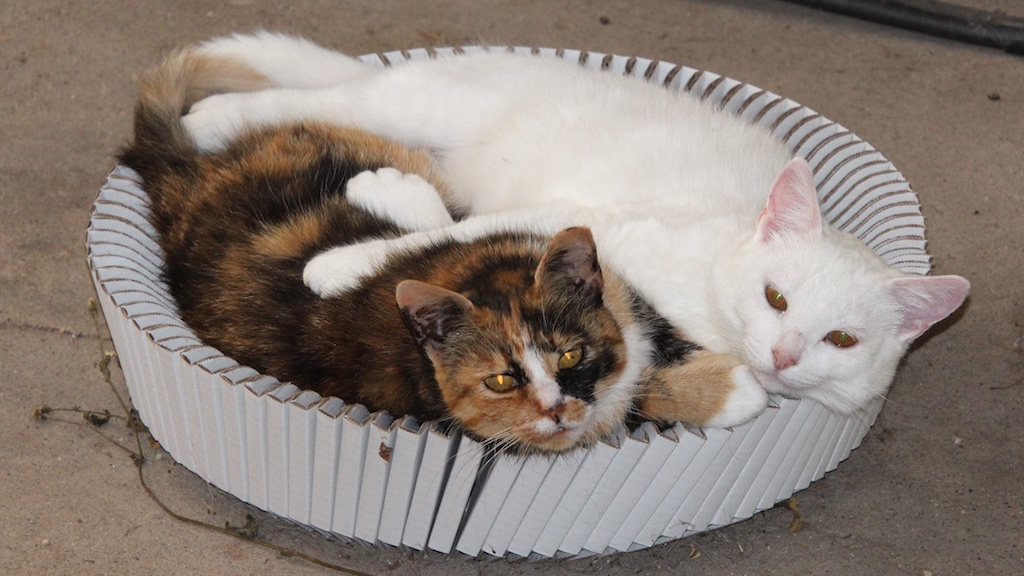 One last pop of color, to send you into a week that includes joy, color and love. 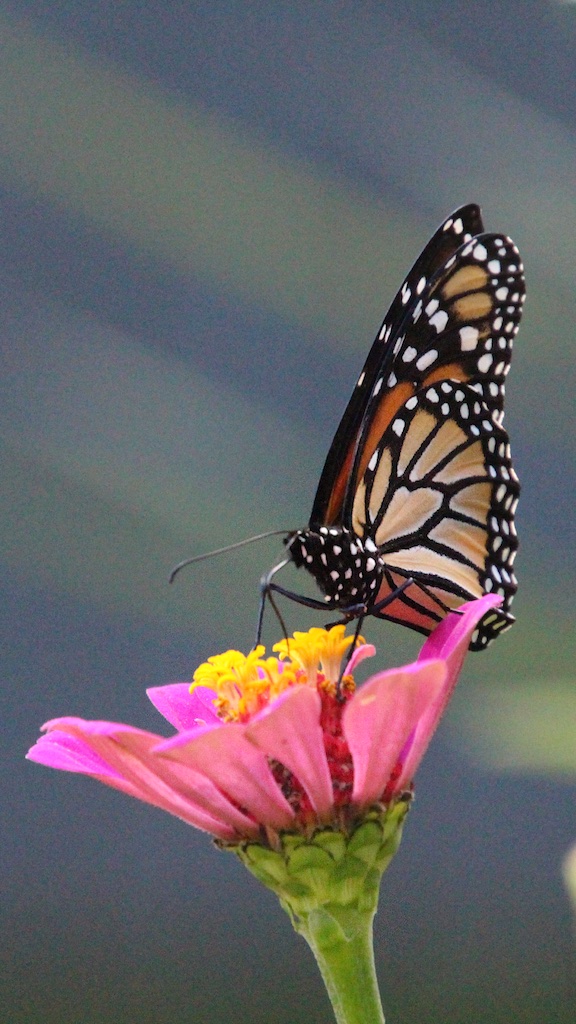