Welcome to an ongoing inquiry about the behavior of people and dogs.
Blog Home >> Animals and the People Who Love Them >> Dog Poop (Fun With . . . ) 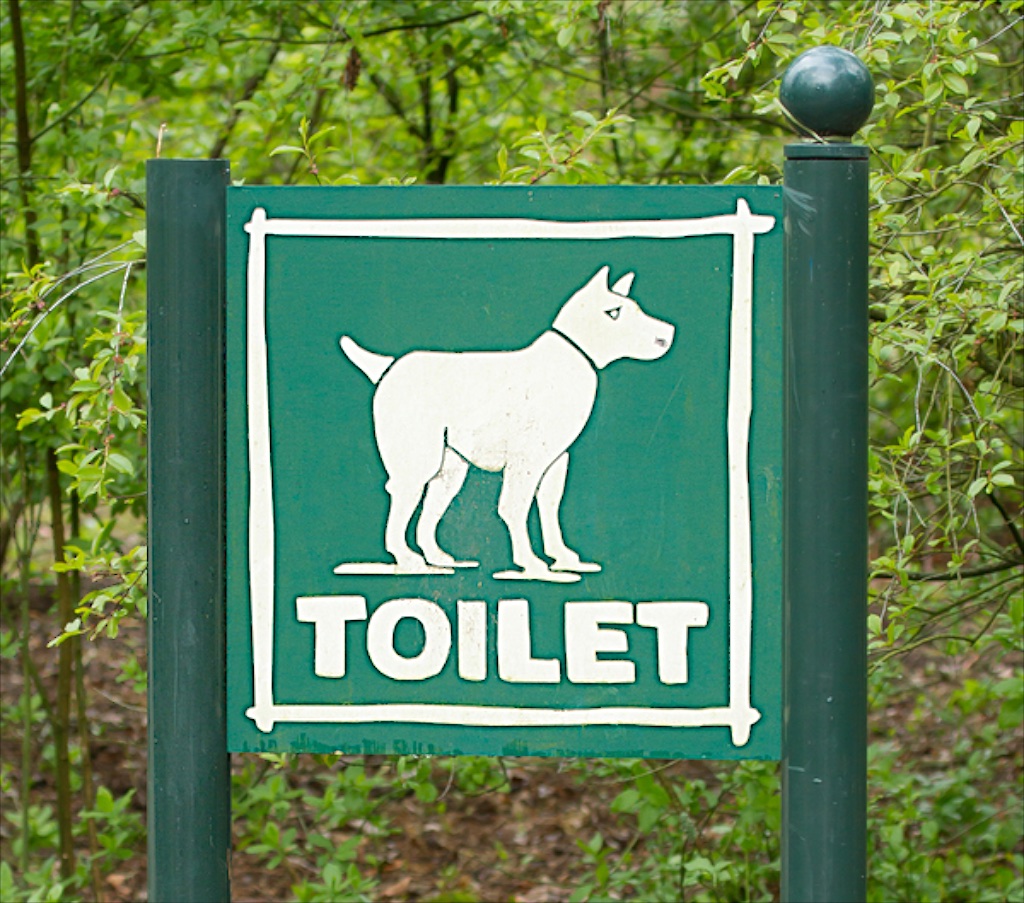 Well, I’m a little concerned about how that title is going to play out on the internet, but what’s life without a little risk?

Here’s all I want to say this week: Please pick up dog poop. Any dog poop, anywhere. Not just your own dog’s, any dog’s. No matter where you find it.

Why, you say? Why should we pick up poop from someone’s else’s dog? From someone far less responsible than we are? Simple: Because we want to keep walking our dogs in neighborhoods, in parks and on trails. Because the more poop that is sitting out there for all to see, the more someone is going to object, and start calling for dogs to be banned from our favorite walking places.

And yes, you can make it fun. And no, I have not lost my mind. I ran a contest for a few years at a local dog park during its “spring clean up”. For those of you who don’t live where it snows, spring includes more than bird song and daffodils. It also include a horrific reveal of dog poop that wasn’t cleaned up over winter. There are many reasons for that–a good one is that poop melts down into the snow fast, and disappears like a rock dropped into a pond. Sometimes you need a periscope more than a scooper. 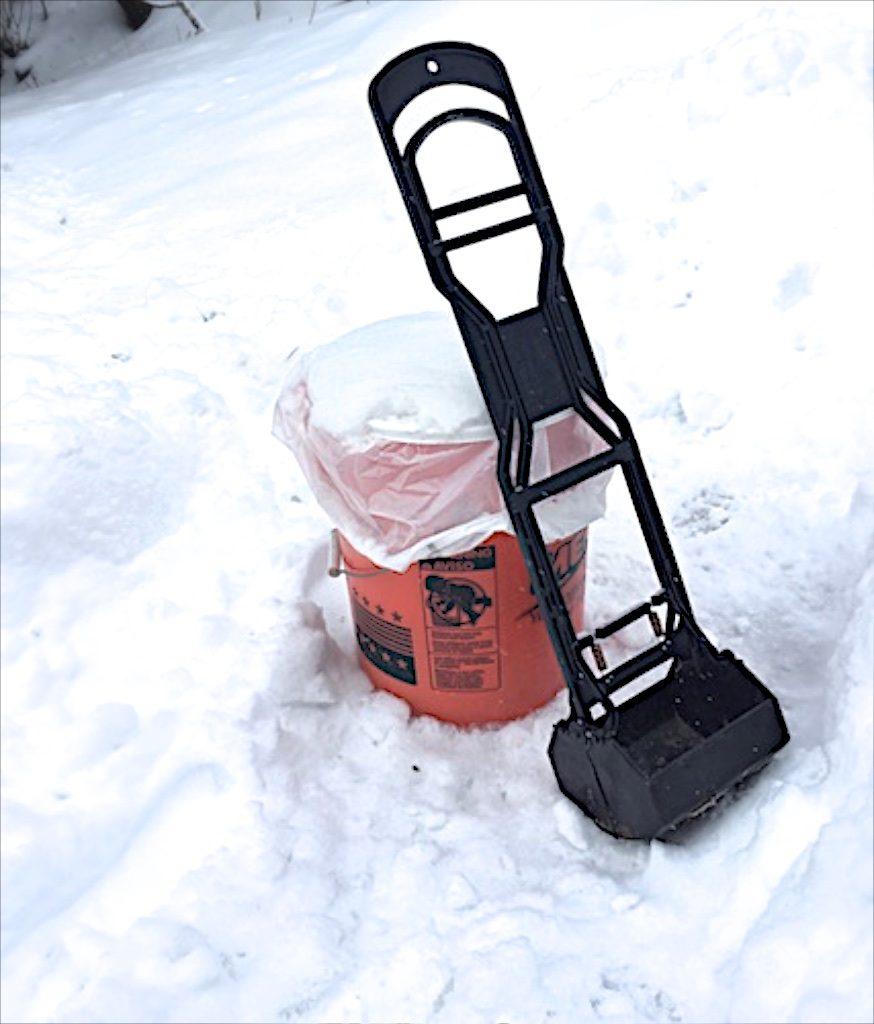 One year, as I was helping with the spring clean up, I noticed that the general Feng Shui of the group was one of irritation. “People are so irresponsible!” “Oh, what a bunch of jerks to not pick up after their dog.” “What a horrible way to have to spend a Saturday morning!”

I get it. I’ve felt the same way myself. However, it occurred to me that such an attitude was not helping any of us. The next year I instituted a contest–the winner is the person who brings in the most poop, based on weight. Yup, I brought a scale. I eliminated myself from prizes, but went “collecting” myself, and here’s what happened: Rather than, “Oh, god, that’s disgusting,” we all became like five-year olds at an Easter Egg Hunt. “Oh, there’s some!” “Look, there’s some more.” “Wait, I saw it first!”

We hefted our full bags of poop to the weigh stations, proud of our accomplishments, and cheerfully celebrated the winners as if they’d won the Nationals. The park has never been so clean.

You don’t have to organize anything special. Not long ago Jim and I were walking the BCs on the Wolf Run Trail and there was dog poop everywhere. I mean it was a fecal extravaganza. We used up all our bags to pick up what we could, and I drove back later to pick up the rest. Here’s a bit of it: 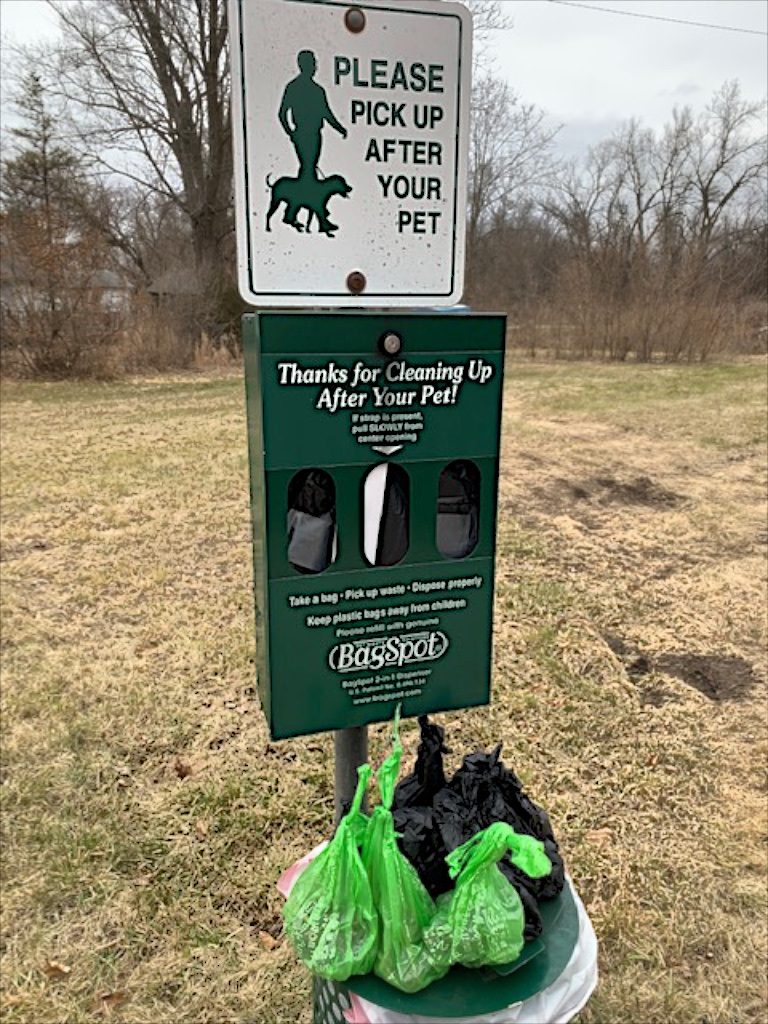 So do what you can to change “Ugh!” to “Look! I found some more!” Just don’t say it out loud in case someone hears you and begins to wonder . . .

What about you? What’s your experience with the inevitable result of our relationship with dogs?

[Added 2-22-2019] An friend and environmental advocate made the excellent comment that plastic poop bags add to the horrific amount of plastic polluted our land, water and causing untold damage. Argh, she is right. Here’s an article from HuffPost about alternatives, I’m going to check them out. Thanks Debby G!

MEANWHILE, back on the farm: It was somewhere between minus 25 and 28 Fahrenheit last week (about -32 C). Hard to know cuz our thermometer only goes to -20 F, but that’s a good guess based on our neighbors. We hunkered in ourselves, and brought the “barn cats” inside. Polly has never been in the house (although has been invited), and she predictably was a bit stunned at first. I put her in a quiet room and let her tell me where she wanted to be. I found her 30 minutes later on the floor between the chest freezer and a counter, so brought in the chair they sleep on in the garage and she settled in there. Nellie, who has been spending more and more time in the house (just ask my cat-allergic lungs) thinks that it’s about damn time we let her in the house more often.

And today the temperature is in the mid 40’s and it’s raining. A 70 degree flip. It feels like we are living in a snow globe owned by a drunken sailor.

When it was bitterly cold our excursions outside were brief to say the least, but I did take the BCs out in the afternoons to play for a bit. Willie and I lasted about 5 minutes. Maggie thinks we are cowardly wusses. The photo below is not a classically good one, but for some reason I love the shadows . . . (Notice the deep snow. Maggie almost disappears if she lies down.) 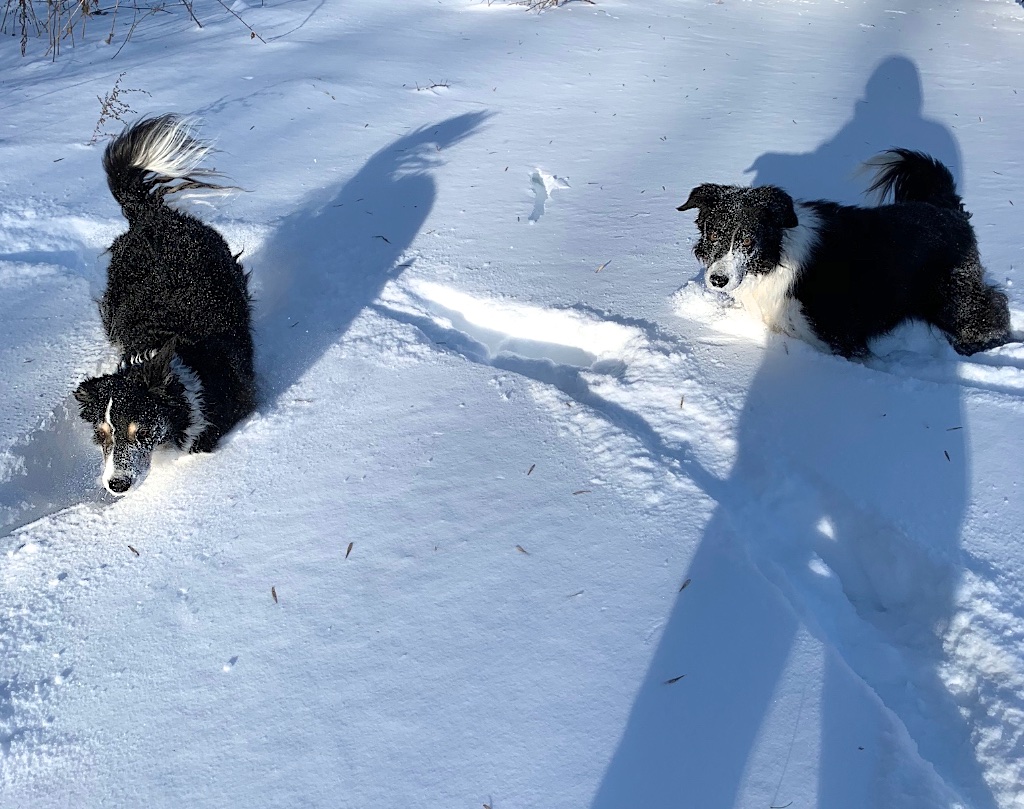 Love the sun on the snow-covered cedars and hydrangeas. (Yeah, there really is a bush under the mound of snow on the left.) 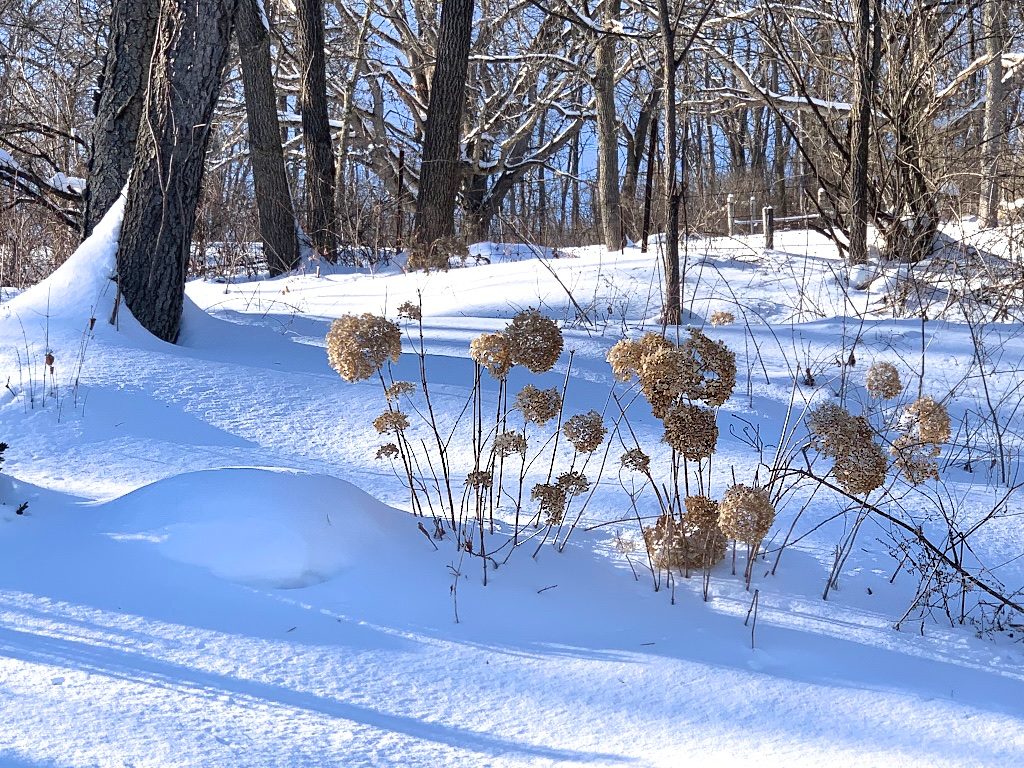 You? What ridiculous weather are you having?

« Rescued by the Rescue of a Rescue
Book Reviews: The Dog & The First Domestication »