Welcome to an ongoing inquiry about the behavior of people and dogs.
Blog Home >> Dog Behavior >> Feisty Fido, Second Edition

At the risk of being self-serving, I wanted to let you know that the Second Edition of Feisty Fido is now available. Little did Karen London and I know, when we took a look at the first version before reprinting it, how much time we’d end up spending revising it. True confession: when a few months ago I re-read the first version, written in 2001, I thought, “Oh my, it is truly time to revise this!.” (Karen had the same response that I did, and, as usual, we were “on the same page” about it, so to speak.) I do think that the booklet has helped a lot of people and a lot of dogs, and that makes me happy, but I am even happier to have an updated, revised, updated and lovingly, tweaked new version available.

For those of you who know the book, here are the primary differences:

1) There is a new section on equipment, that includes front-attachment harnesses and our experiences with harnesses versus head halters.

2) We dropped the release word from the end of the Watch cue. We found that owners and dogs quickly learned that Watch means “turn your head and look at me” but struggled with the “look at me until I release you” aspect of the cue. It seems that letting a dog look at you and then turn back and look at the other dog again isn’t a problem with many dogs, indeed it gives you another chance to say Watch again. We do discuss the exceptions: for example, dogs who are so aroused when they look at another dog that they are unable to contain themselves, even at a distance. Some of these dogs do seem to improve the most if they are asked to maintain the Watch until they are released. But they are by far the exceptions, not the rule and I really like dropping the release aspect of the cue for the sake of expediency. (Note that several readers concurred when I brought this up in an earlier post.)

3) We revised and expanded the section on “Where’s the Dog?,” agreeing with Leslie McDevitt (Control Unleashed) that teaching a dog to look at another dog on cue can be just as useful as teaching them to turn away. Which cue is best, as usual, depends on the dog, and we discuss that in more depth in the new version. By the way, if I haven’t mentioned this before, I used Watch on Willie when he was at his worst with unfamiliar dogs (and “worst” was pretty bad, believe me), then switched to “Where’s the Dog” (which is what I use now, and he goes all gooey and waggy as soon as I say it.) Not surprisingly, I like having both cues in your pocket, but I don’t think that’s necessary for all dogs. I am interested in the fact that both Watch and Where’s the Dog result in the same operant behavior (look at dog, look at owner) and the same classically conditioned response (look at dog, feel good).

4) We include brief discussions of alternatives like Abandonment Training and C.A.P. and the situations in which we find them most useful.

5) We revised the resource section at the end.

6) We both thought the writing in the first version needing some tweaking, so we wrote, like, sorta better throughout the booklet.

We, as always, would love feedback, so let us know, through the blog or emails, what you think. Before we know it, it’ll be time to reprint it again!  You can also reach Karen, by the way, through her own blog at Bark Magazine’s Blog Site.

Meanwhile, back at the farm: Will and I worked on picking sheep off a fence when another group was beside the fence on the other side. It went well, but it was clear that Will found it stressful. I stopped and let him do an easy, open outrun to end on a relaxing note, and then played lots of tug later that night. Good boy Willie, good boy. (Uh, have I said that before?) 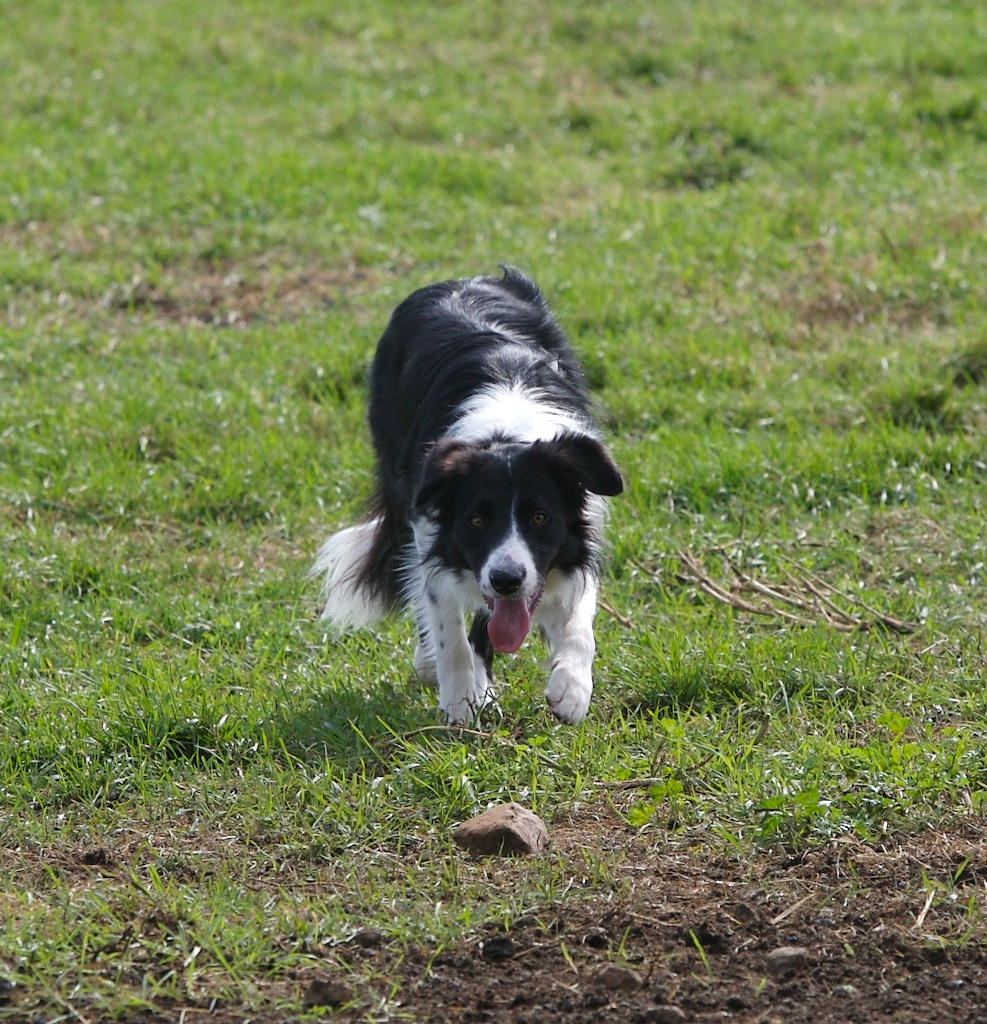 « Willie gets in over his head
Positive Training for Hunting Dogs »