Welcome to an ongoing inquiry about the behavior of people and dogs.
Blog Home >> Animals and the People Who Love Them >> Fish Falling From the Sky

[I had planned to write a blog on poop (stay tuned, who could resist the topic?), but am a tad under the weather, so I’m just going to post this for your amusement…

You’ve heard of fish falling from the sky, yes? Apparently it is more common that one might predict. A quick internet search found multiple references to such events, many of them quite credible. They can even fall by the hundreds, as experienced by the residents of a small town in Australia. But I’ve never known anyone who could beat the story of my veterinarian, Dr. John Dally, who lives on the Wisconsin River, and below the flight path of a Bald Eagle flying between her nest to her fishing grounds on a daily basis. Imagine John’s surprise when he went outside early in the morning to pick up a dish pan, and a fish fell out of the sky into the pan he was carrying. Plop. Apparently he had whistled for his dog when he picked up the pan, and it startled an eagle sitting above him into dropping the fish. The fish hit the gutter of the house, bounced onto John’s forehead and into the pan. Apparently John isn’t the only one who has had a fish fall on his head.

Here’s Dr. John, just moments after his most successful fishing trip and after he told his wife what had happened: 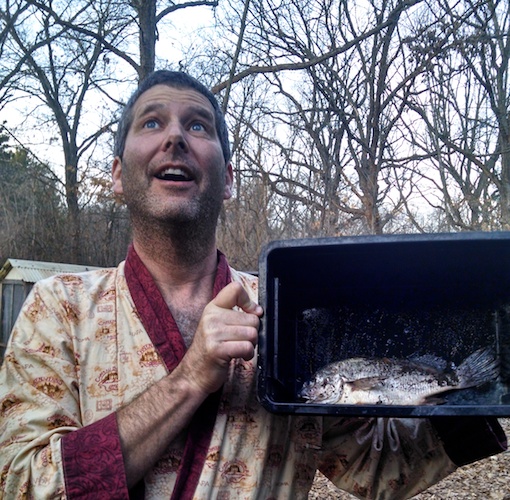 MEANWHILE, back on the farm: A lovely weekend, including a long dog walk with friends and a fun open house/pot luck at Dr. John’s while he and his wife Anne (both vets bless them) boiled maple sap to make their own maple syrup. Here’s the sap boiling away: 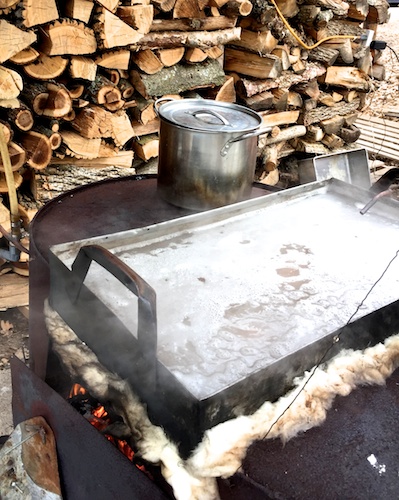 And here are the resident goats. Yup, they really do eat everything, including paper plates with yummy pie filling on them. (Don’t worry, the plate consumption was carefully monitored. Apparently there is such a thing as “too many paper plates,” even if one is a goat.) But hey, I do make good pie. 🙂 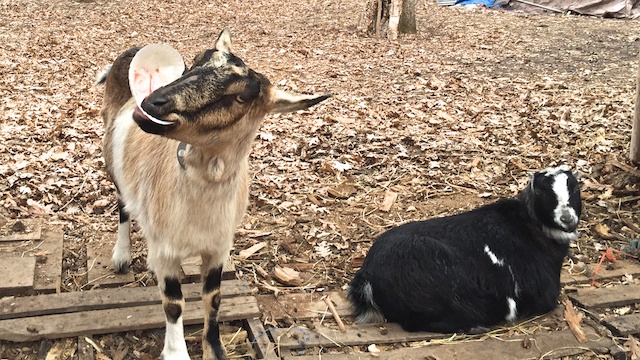