Welcome to an ongoing inquiry about the behavior of people and dogs.
Blog Home >> Animals and the People Who Love Them >> Flooded in Fly Over Country

No flooding at the farm thankfully, but our dear community, the tiny towns of Black Earth and Mazomanie are still coping with the effects of 11-15 inches of rain in a 12 hour period.

Here’s the bridge going west from Black Earth toward Mazo (photo from WSJ). The milk truck in the background had to be hauled out of the gap, being the first, at dark-thirty in the morning as milk trucks always are, to discover that the bridge was out. Who knows how long the bridge will be out. Right now our little county road has become a main highway, since it’s the only way to go east to west around here. 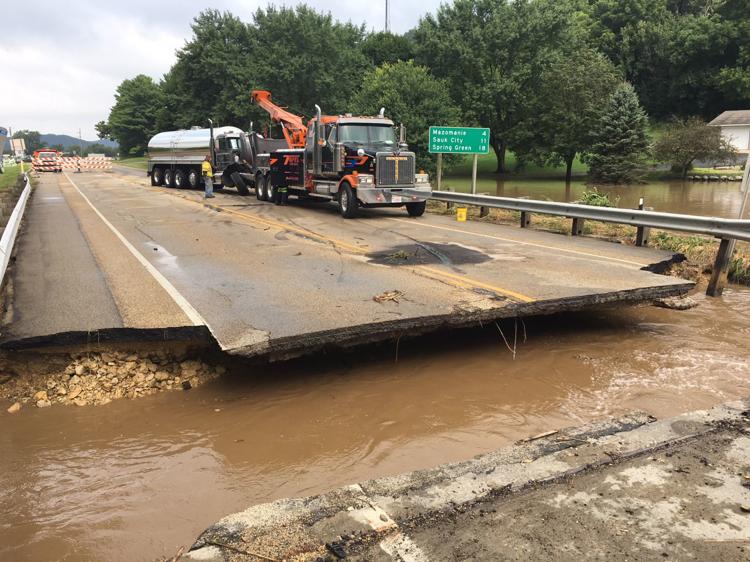 Here are photos from some of the local news services (WSJ,  Channel 3000). I appreciate being able to use them: 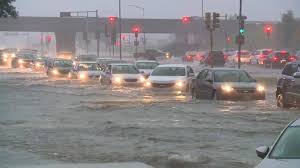 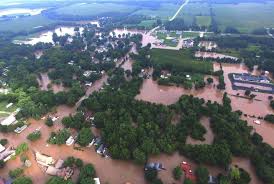 We count ourselves especially lucky, because not only are we on a hill, but after drenching rain, wind and lightning hour after hour on the night of the storm, I suggested that we ought to check the basement. Good timing, because a leak the size of a small fire hose was disgorging water at who knows how many gallons per minute. (Okay, maybe a leak the size of a large garden hose. I suspect the size of the leak will get bigger and bigger and faster and faster as I get older and older.)

That night we spent a wet, windy 30 minutes in constant thunder and lightening redirecting the water. (I told Jim I couldn’t remember it thundering non-stop for so many hours on end. It turns out that the storm stalled overhead for hours, ala Houston.). I spent some time sweeping the water into the now functioning sump pump, turned on the industrial fans and all was well by morning.

Not so for so many people in our community (and Middleton, Madison and Cross Plains). One man died tragically, ripped out of the arms of another, and there were several rescues dramatic enough to deserve their own television episodes. Many people have lost virtually everything they own–their house, car, all their possessions–and have no insurance to help them. (Don’t judge… you can’t actually get flood insurance even if you want it in many cases. It’s much more complicated than you might think.)

If you’re interested, here’s a video from WISC TV taken from a drone going west from Middleton to Mazomanie. It starts out in Middleton with little damage, but scroll ahead to see Black Earth at about minute 20.

I wish I had more photographs, but I have been a bit shell shocked and never seemed to have a camera at the right time. It’s actually amazing how fast some of the water goes down. On the day after the storm, Jim and I tried to walk the dogs but instead of a small stream, we discovered a river about 400 yards wide, streaming by at 1o-15 mpg. Two days later it was gone, leaving muddy fields and fences with debris 3-4 feet high. Here is one of the few photos I’ve taken of the after effects. Look carefully; the railroad tracks are actually suspended in air on the left–you can see their shadow underneath them. 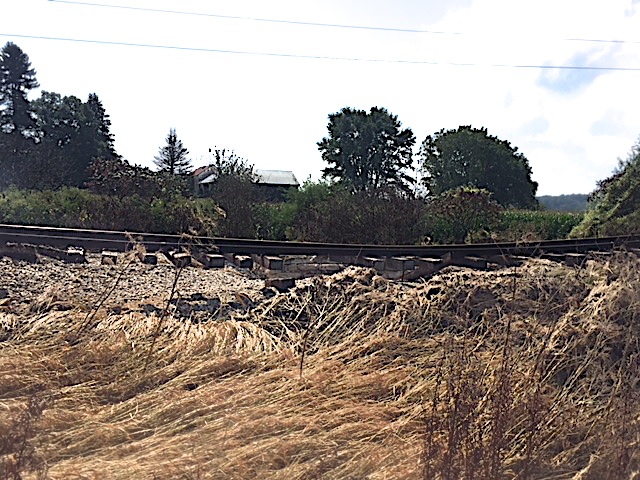 A lot of people in the community are doing wonderful things, from delivering food and water, contributing money, helping to clean out and truck away tons and tons of ruined furniture, clothing, papers, photographs… many of the things in life that we think little of until they are gone. Some of my dear friends distributed fruit and drinks to folks in Mazomanie yesterday, and they said the most valuable thing they could do is listen to people’s stories. We all need a witness.

As a small business owner, whose office escaped flooding by a block or so, I think often of other small business owners in Black Earth and Mazomanie. I dropped off some sandwiches today to the staff at The Shoe Box. Actually, no one would call it a “small business,” since it is “The largest shoe store in the Midwest” and a place that sells T-shirts that say “I survived Saturday at the Shoe Box.) But it was horribly flooded, lost 10’s of thousands of shoes, and whose staff has worked tirelessly for 8 days to clean up and re-open. It opened  today, the 28th, and if you want to help, go buy some shoes there. Ask for the owner, Steve, and tell him Trisha sent you. 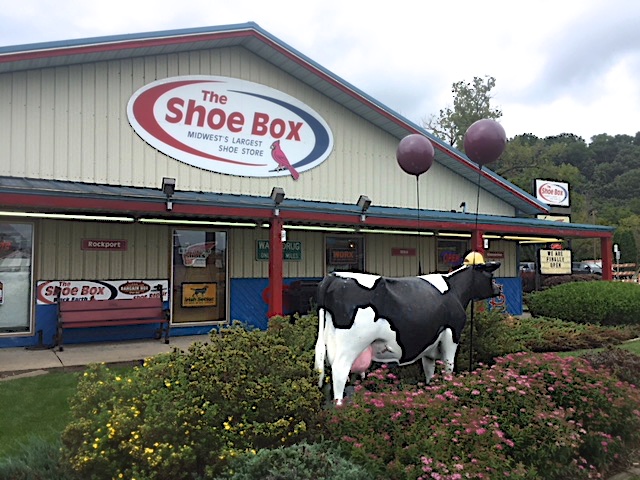 And don’t miss lunch or dinner at Black Earth Lanes (their Chicken Caesar Salad is beyond yummy, and I almost never eat commercial chicken) and The Shack (Burgers? oh yeah!) Both places, in Black Earth, had tremendous damage to food and equipment, but are open for business and would be happy to meet you.

In Mazomanie, our go-to restaurant is Base Camp, open for breakfast, lunch and an occasional very special dinner. They don’t have a cook, they have a chef, Izzy, who is beyond fabulous. I’d eat anything she made and order seconds.

MEANWHILE, back on the farm: We are under a severe weather alert, and their are tornado warning a bit north, so I’m going to post this and do the outside chores as quickly as I can. I should mention that our cats and sheep seem fine, although there is obvious olfactory evidence that something large died not far from our house (i.e., it smells god awful outside). I’ve searched for it, and would use Maggie to find it, but she shouldn’t be trudging up and down steep gullies now. I imagine we’ll find the bones come winter.

Gotta go, pray for no more rain tonight. Our cup runneth over.