Welcome to an ongoing inquiry about the behavior of people and dogs.
Blog Home >> Animals >> Going to the Light

Much of my time in the past few weeks has been in a pretty dark place; learning things I wish I didn’t know about some hunting practices that occur in northern Wisconsin. (Not to mention reading death threats directed toward me and colleagues.) I’m not opposed to hunting, but I am very much opposed to some of the practices I’ve learned about recently while researching the use of dogs to hunt wolves. I’m not going to be more specific; I don’t want to take you there for your own sake, and I need to take a break from it. (If you want to know more, you can start by googling wolves, dogs and wisconsin, or hound hunting of coyotes, bear and bobcat).

Tonight I get to shift focus in a wonderful way: doing a fund raising speech for the Fox Valley Humane Association in Appleton,  Wisconsin. If you are coming and are a blog or FB reader, please come up and say hi, I just love meeting you. I had the pleasure of meeting several active readers in La Crosse last week, and it was truly fun.

For now, I’m going to focus on the stunningly beautiful fall weather we are having. Here’s new kitty Polly early this morning waiting for me to bring breakfast: 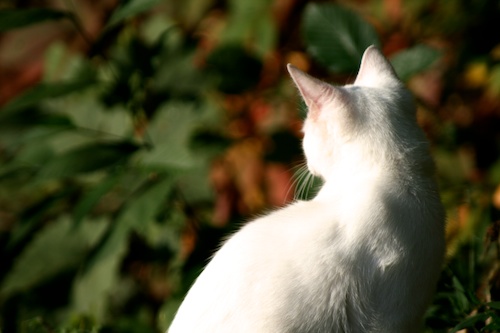 The barn in early morning light: 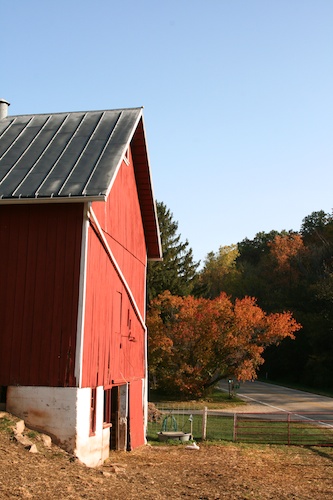 Camel sister Red, the one who is still so flighty that she panics even when I enter the pen. Notice that all the sheep behind her are eating their breakfast, but she always stops eating if I come out, even without Willie there. 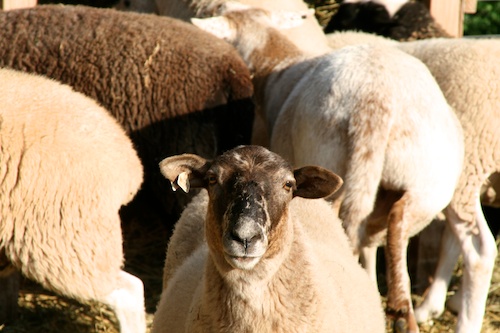 I’m expecting some gorgeous fall colors on our way up to Appleton. I’ll take some more photos and post them when I can. I’ll end this post with the hope that, wherever you are, and no matter what else is going on, there is light and love and laughter in your life right now. Tell us about it, if you’d like, I’d love to hear.