Welcome to an ongoing inquiry about the behavior of people and dogs.
Blog Home >> Animals and the People Who Love Them >> Hello Spring!

It’s all photos today, part of my celebration of spring.

And wowser! It really does feel like spring now, which I am still struggling to wrap my head around. Is winter really over? This is Wisconsin after all, where it can dump massive amounts of snow in April, but it’s going to be 75 today and snow feels like an impossibility. Time will tell.

Right now the daffodils, crocus and scilla are in full bloom, and seeing all that color outside is heartening in a deep and primal way. Here’s a little fun with my macro lens and a crocus: 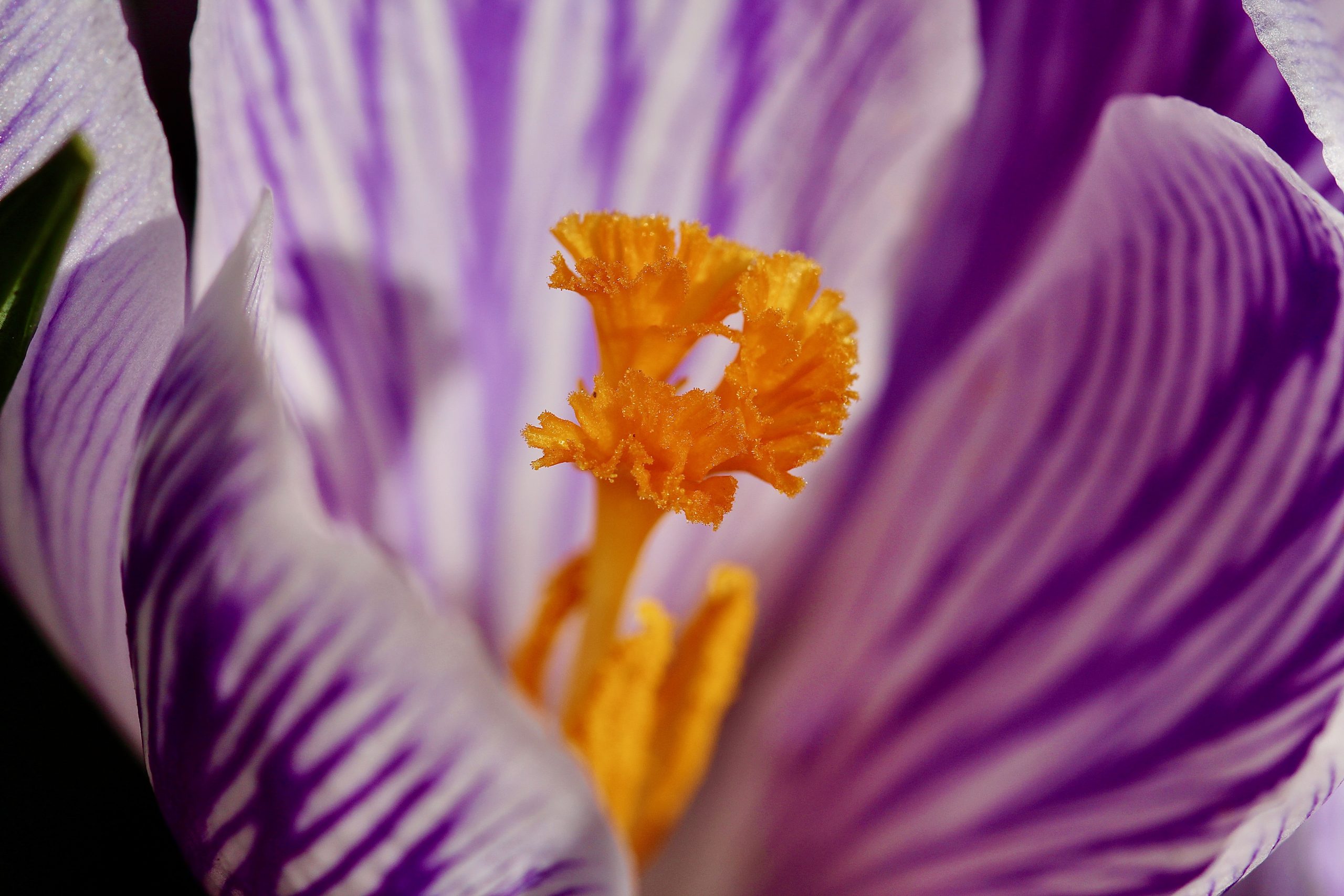 The return of color comes in many ways, including these eggs that Jim and friends D and J colored as part of our Easter tradition. After we color the eggs, we have an Easter egg hunt which is ridiculously fun. Such frivolity should never be restricted to children–it’s good for us, no matter how old we are. It was also the first time that we were able to safely hug and spend time with friends inside their home, all 4 of us fully vaccinated and super cautious for 13 months. I honestly can’t yet find the words to describe what it felt like, beyond “wonderful.” But wonderful is a good start. 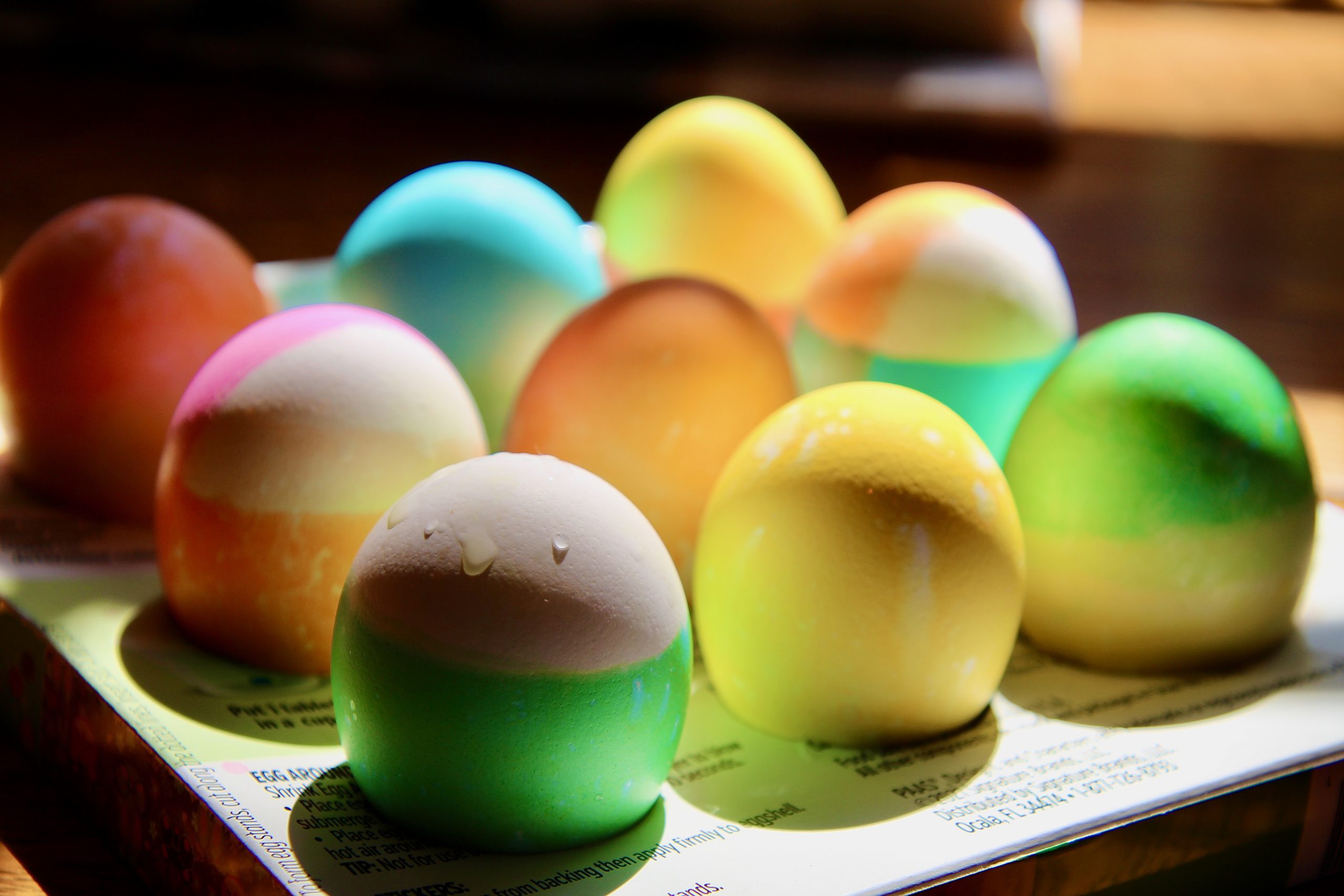 Spring, of course, is not all fun and games. We seem to be past “mud season,” (or, as I call it, “the mudmare”), mostly because it is much too dry for this time of year. Nice to have no muddy dogs to deal with, but “April showers” are important for a healthy land here in the Midwest. Looks like we might, or might not, get some rain soon. Cross your paws.

Another challenge of spring is the seasonal assault of Harmonia axyridis, a beetle that looks like the benevolent lady beetle but is an imported invasive that makes our lives miserable in fall and spring. This photo doesn’t begin to show how many thousands and thousands and thousands we have vacuumed out of the house. We’re on week three now, and I’m about to lose it. The entire house is covered, all day, every day, with crawling beetles or dead beetle bodies. We vacuum about 5 times a day, and it barely keeps the numbers down. If they don’t disappear soon (they will), I might come knocking on your door looking for a place that isn’t covered in flying, crawling and sometimes biting insects. 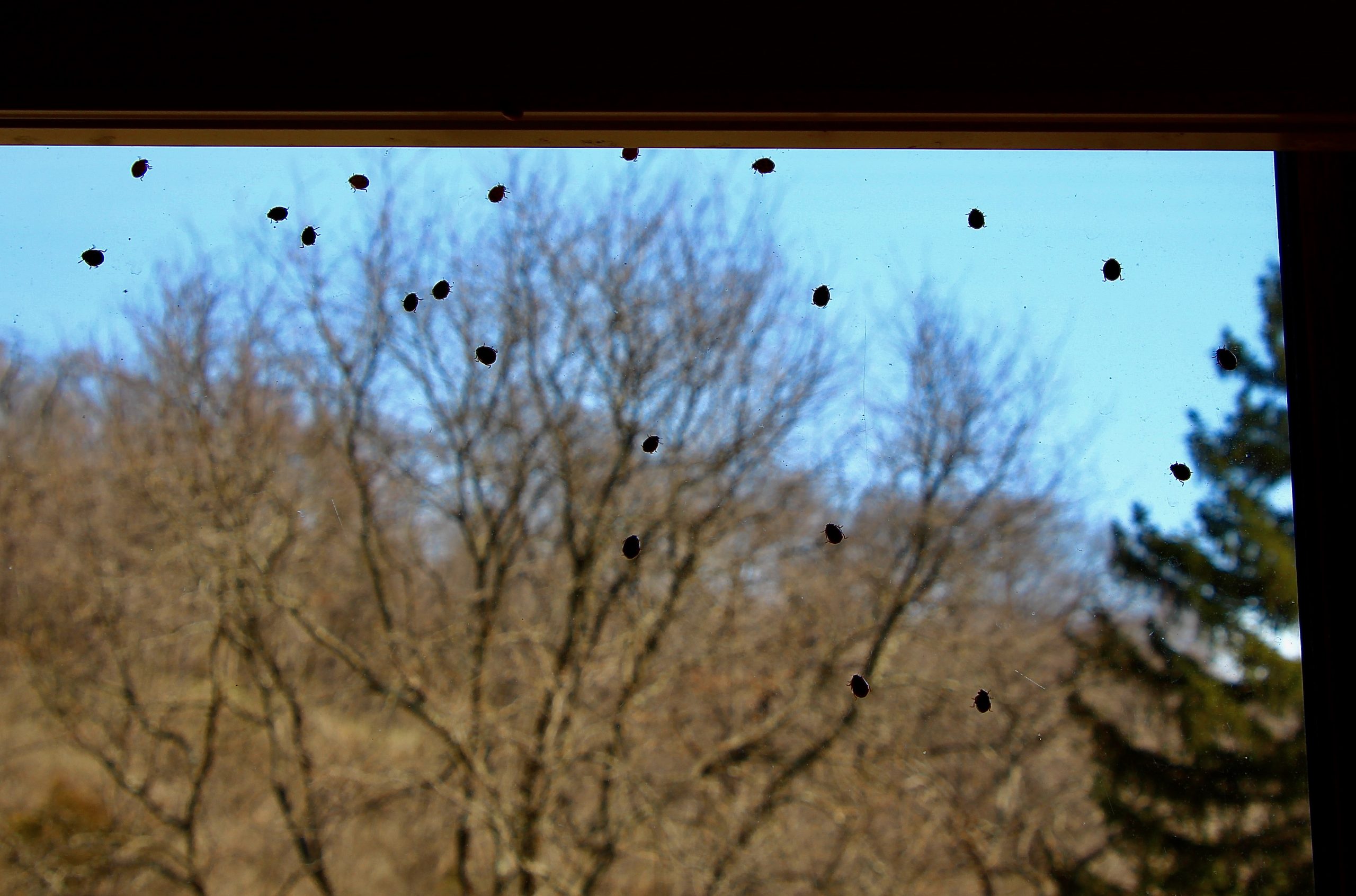 Thank heavens for dogs and flowers! The bud below is on the African Violet now named Rose, after the mother of friend Donna who brought it back from New York when her mother died. Donna suspects that it was originally owned by her grandmother. It bloomed for 13 months non-stop, then rested for less than two months and has amazed me by beginning again. 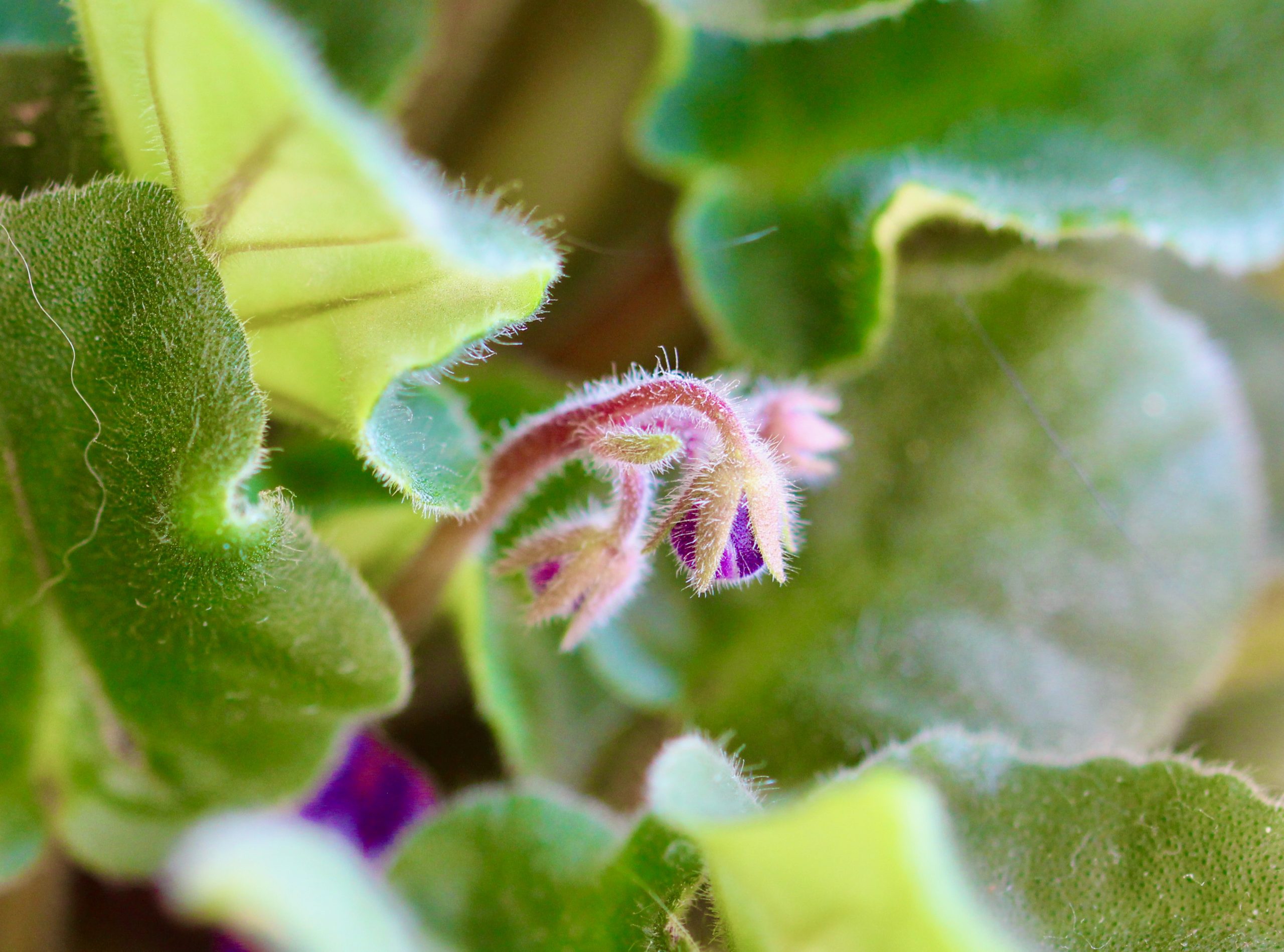 Here’s Mr. Skipper, looking pretty darned stylish while working our small flock up the hill. Our first competition of the year is at the end of this month and early May, so we have our work cut out for us. Skip is truly talented, and also has some holes in his work. His outrun is too wide, which wastes time and energy. He listens exceptionally well, except when he doesn’t. The good news is that I can predict when he doesn’t listen–it’s while driving the sheep away from me, especially if I stop whistling and let him take over the sheep all by himself. That’s a good thing to do sometimes–it gives dogs confidence  while driving sheep away from you, but not so good if it means that they forget herding is supposed to be a team effort. We’re working on it; mostly I just need to stay in contact with him when he’s driving with whistles and an occasional voice cue. 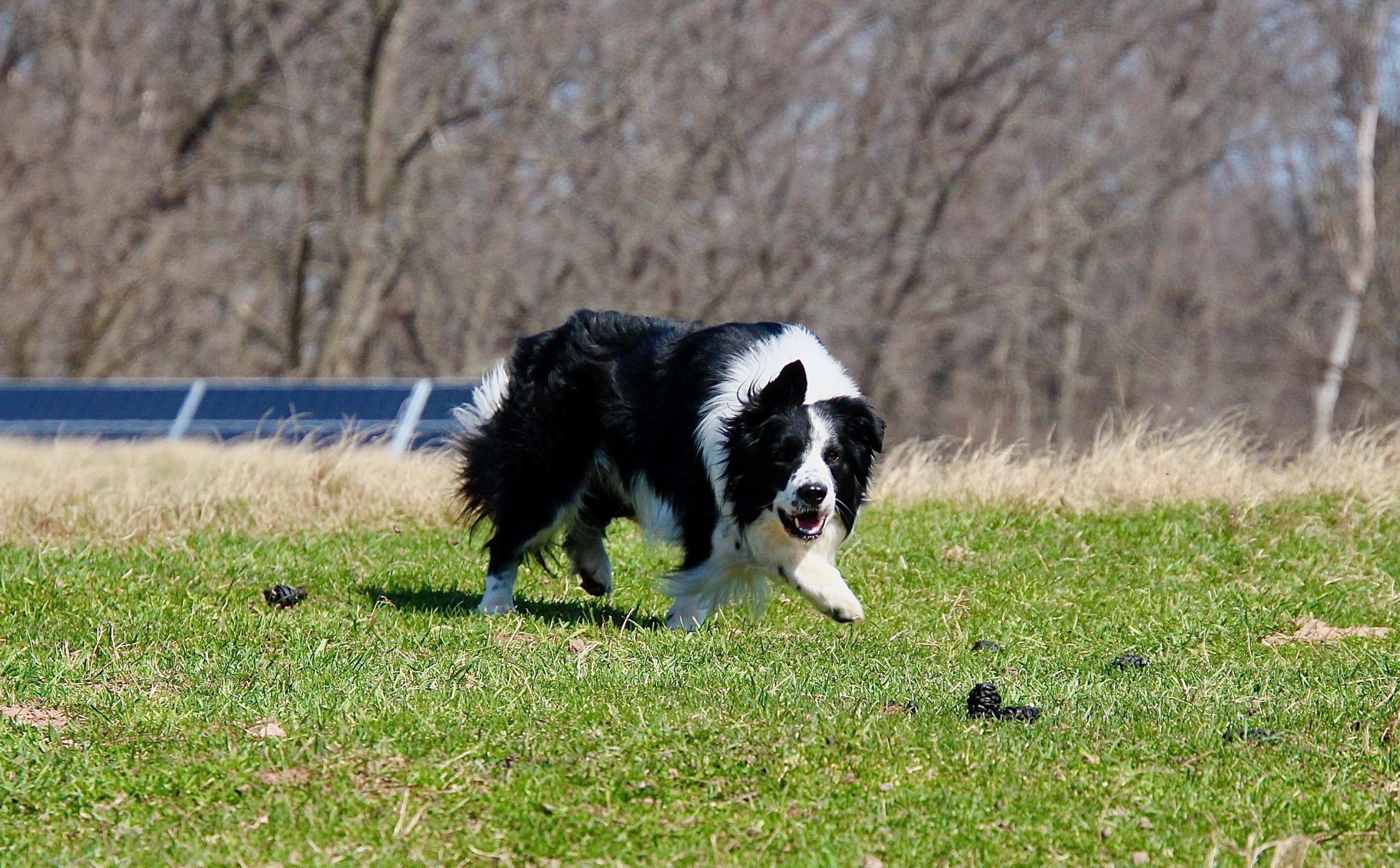 (I should mention that I considered trying to get rid of the big pile of sheep poop right in front of Skip in the photo, but decided that reality is far better than pretending that sheep don’t poop in the grass. Reality wins.)

I’ve been putting my good camera in the car while driving around in hopes of getting some good bird photos. Predictably, there is an almost perfect negative correlation between seeing birds and having my camera. Camera in the car? No birds. Camera not in the car? Birds all over. I’m not letting it frustrate me, however, because I’m enjoying being on the lookout for birds, especially raptors right now. I managed this shot of a Redtail while driving up to work the dogs at a friend’s farm. 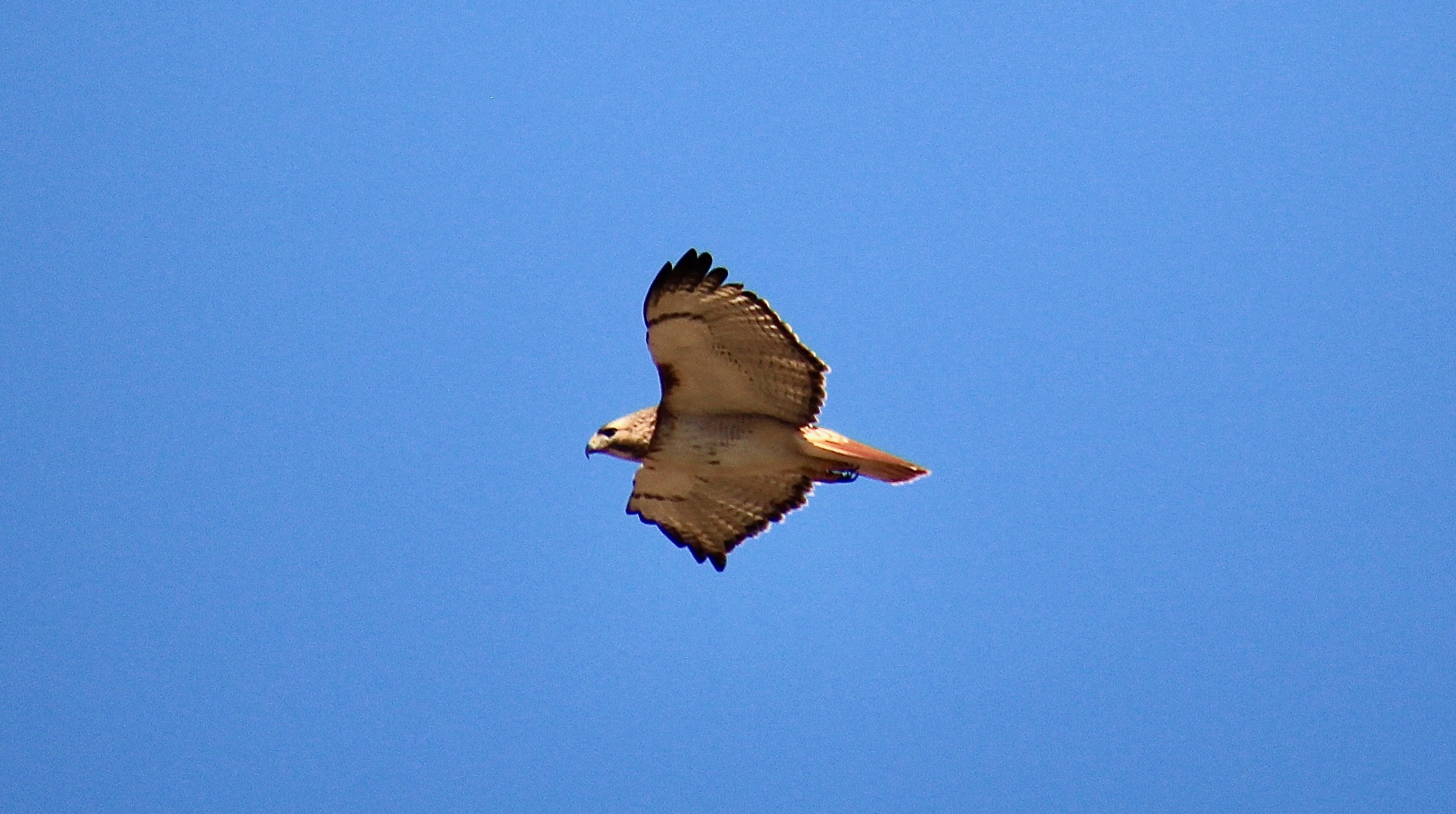 Here’s another wonderful part of spring–lambs! We aren’t raising lambs any more, but lots of friends are, and I get to enjoy watching them frolic and play. Here’s a cutie at Big Yellow Boots farm outside of Portage, where I often go to work Skip and Maggie on sheep in pastures much, much larger than our small ones. 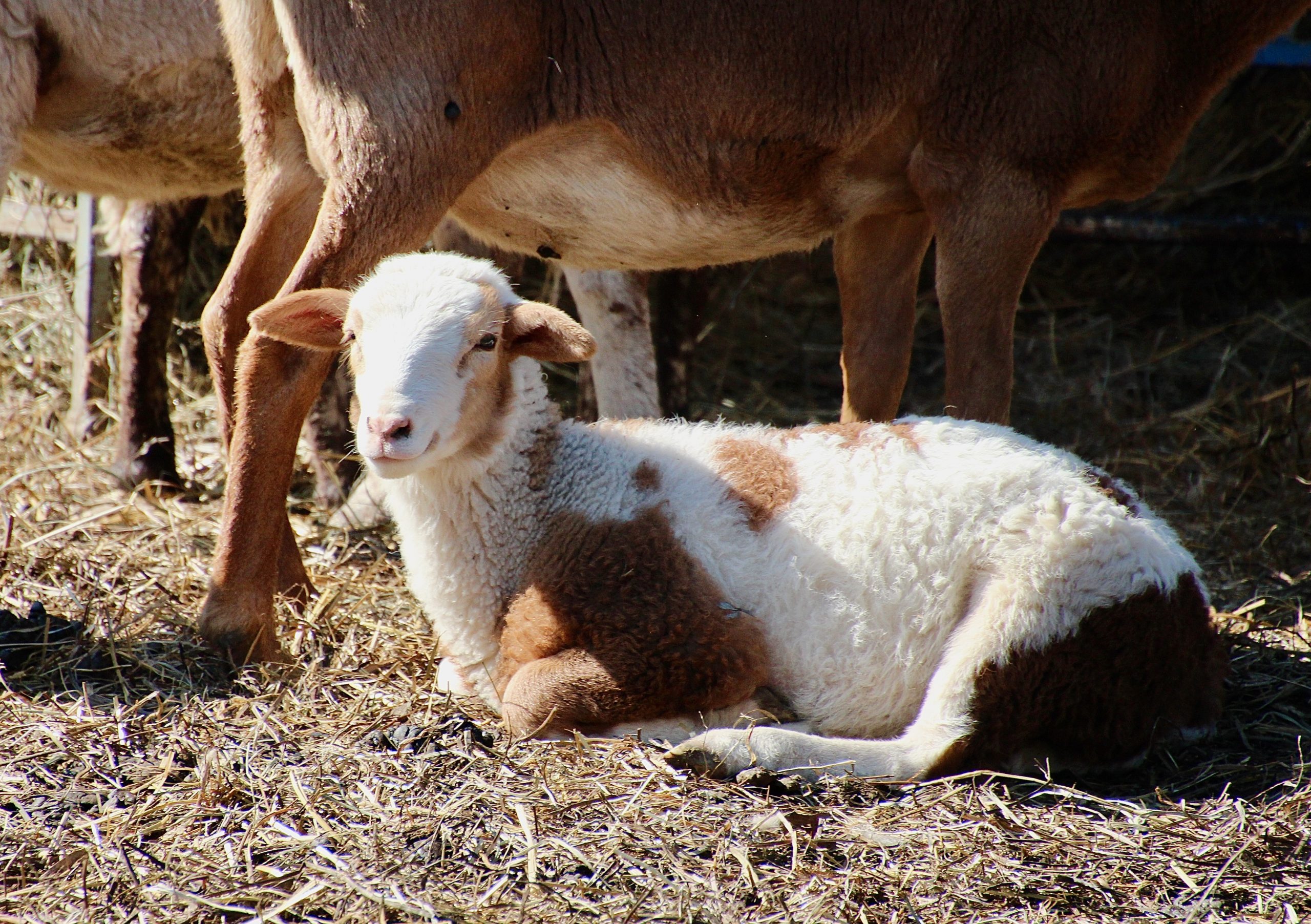 I’ll leave you with a cheerful hello from the Daffodils, with a chorus of Scilla in the background. 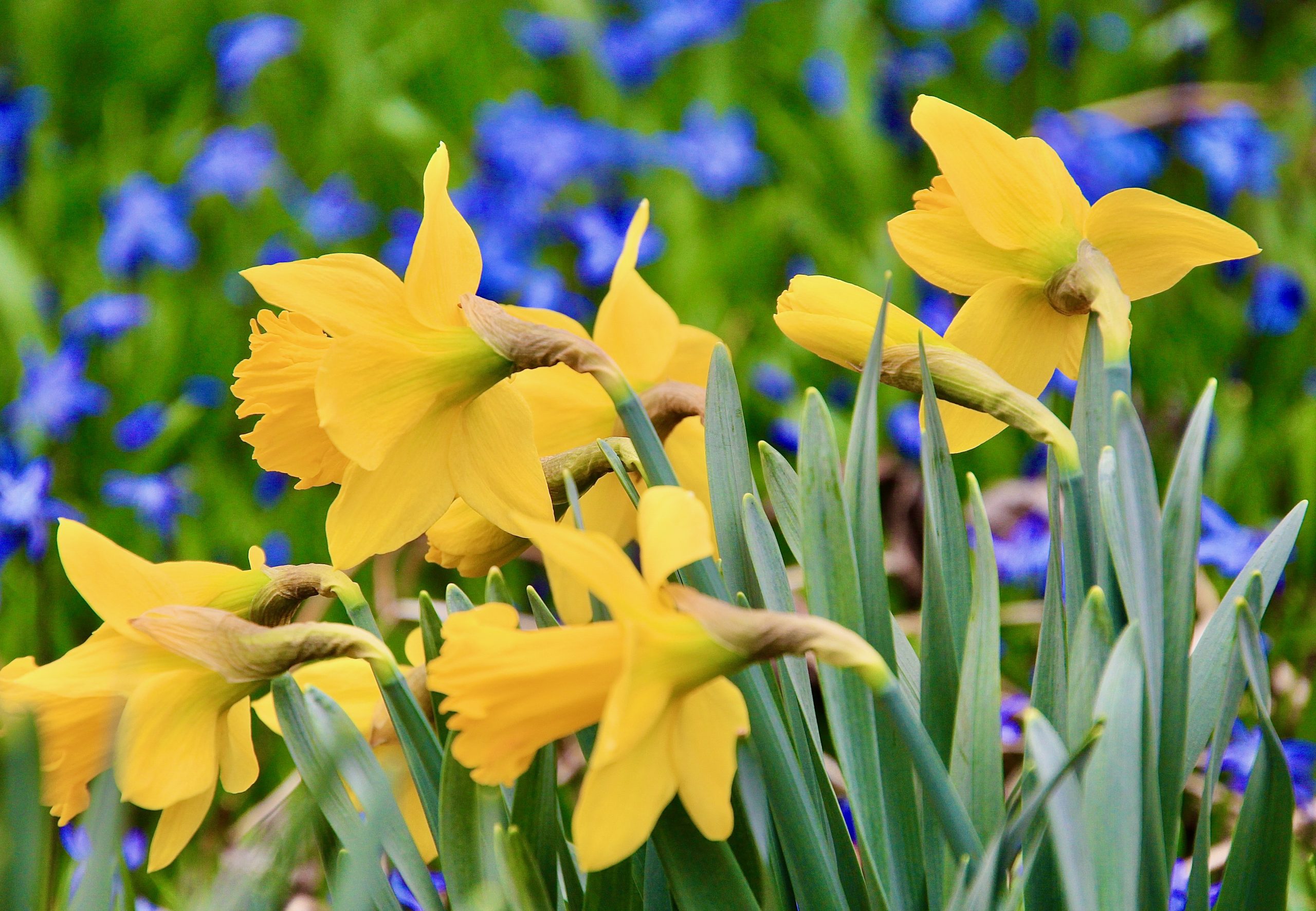 Here’s to life and color and good news in your life this week too. We’d love to hear about it.