Welcome to an ongoing inquiry about the behavior of people and dogs.
Blog Home >> Animals and the People Who Love Them >> Help! Willie Bored, Me Brain Dead.

Here’s the challenge: Besides 3 sessions a day of physical therapy, Willie is now supposed to walk for 10 minutes three times a day. On the flat, on leash. No trotting, no spinning, just slow, controlled walking. Sounds simple, but then, life being what it is, it isn’t. There’s very little flat on my little hilly farm in southern Wisconsin. We basically have 2 paths to take, about 60 strides each. Otherwise, all the rest of my 13 acres is off limits. I could take the heavy ramp he uses to get into the house (to avoid the 3 stairs) and load him into the car and take him into town where it’s flatter, but it’s a big hassle to get the heavy ramp set up to get him in, put the ramp back in the car, take it out to load him back up, etc.  It’ll be worth it when he can walk for longer periods, but not yet.

In addition, he can’t be on a standard heel at all times because 1) he turns his head toward me when he’s in heel and that puts too much pressure on his left shoulder and 2) we’d die of boredom. I can’t use any toys (that’d be a disaster, he’d spin and leap and pretty much set himself back in a microsecond). I can’t stop and start abruptly to make it interesting because that would hype him up too much too. I need to walk continuously with him, not stopping to sniff much, keeping him from breaking into a trot but moving forward in a healthy walk.

Here’s what I’ve done so far: I’ve started walking with him on my left side in his usual heel position for a few strides, and this morning began to teach him to switch to my right side. This shouldn’t take long. After his surgery I taught him the cue “Switch” when I needed him on my right side as we left the house so he’d be sure to go down the ramp rather than the stairs. So he has a beginning concept that Switch means move from the left to the right. Okay, good. That’s something. Next?

Argh! As I said in the title, I am brain dead here. His PT has been going well, but it takes no small amount of energy to get it done right three times a day. Is that my excuse for not being able to think of anything else interested to do with him while we’re walking? Maybe it’s the heat? (It’s supposed to be 95 degrees outside today. My sympathy for people who have to work outside. I saw someone working on a black roof top yesterday in the mid-day sun and I don’t know how he did it. I’d have been dead in twenty minutes.)

Any budding behaviorists out there with some good ideas? Obviously, we’ll cope without anything else, but it’s  been since mid-Feb when Willie was first re-injured that he’s been on severe exercise restrictions and both he and I need some fresh input. With a few minor exceptions, there’s been no herding, no play, no off-leash walks or fun for five months, and we have two and a half months of on-leash-only restrictions to go. We would both be circle-wag happy with any good ideas. There are lots more tricks I can teach Willie (although some of his PT now is like tricks, like balancing on a big rubber ball, we both think that’s fun!), but the ones I can think of don’t involve continuous walking or would stimulate him into trotting or lunging forward, both big no no’s. if you have any idea, I’d love to hear ’em! Hopefully any ideas that come in will help others in the same situation….

MEANWHILE, back on the farm: As I mentioned, we’ll be up to 95 degrees Farenheit today and humid as a sauna. Too hot for me and Willie to be outside much, today I’m glad we can only be out for 10 minutes. I feel for my sheep, especially Barbie, an older ewe who has respiratory trouble anyway.  I’m going set up the big fan in the barn in hopes that will help her. The lambs all seem great, the orphans are still a bit skinny but otherwise they are doing well.

Right in time for July 4th the black raspberries are ripening. They are about a week late this year, but they’re coming on strong. I sense a pie coming on. Also in season, the fireflies are out, bioluminescent beetles that glow like multiple, tiny Cinderellas in the dusk of evening as they fly above the grass. Each species has its own ‘code’ of flashes, the males broadcasting their wares to receptive females during this, their mating season. I grew up in the southwest of the US where there are no fireflies, and still think of them as one of the most magically events of all of nature.

Here are some photos, the first from a trip we took last week to Boulder, Colorado for the best wedding ever: I like the contrast between the craggy Rocky Mountains and the soft hills around my farm in southern Wisconsin: 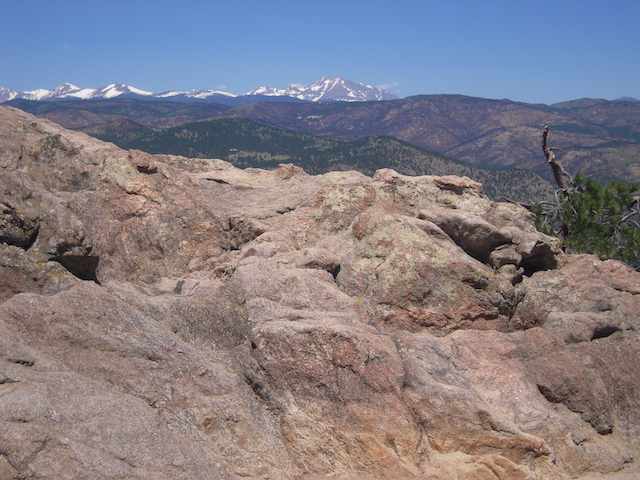 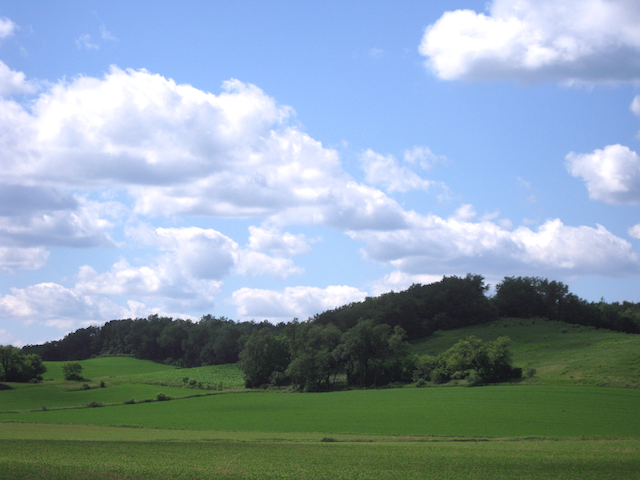 « Take a Dog to Work? Maybe, Maybe Not.
Super Normal Sign Stimuli (What the heck?) »