Welcome to an ongoing inquiry about the behavior of people and dogs.
Blog Home >> Animals and the People Who Love Them >> It’s All About the Outline: Dogs, Statues, and Dangerous Hats 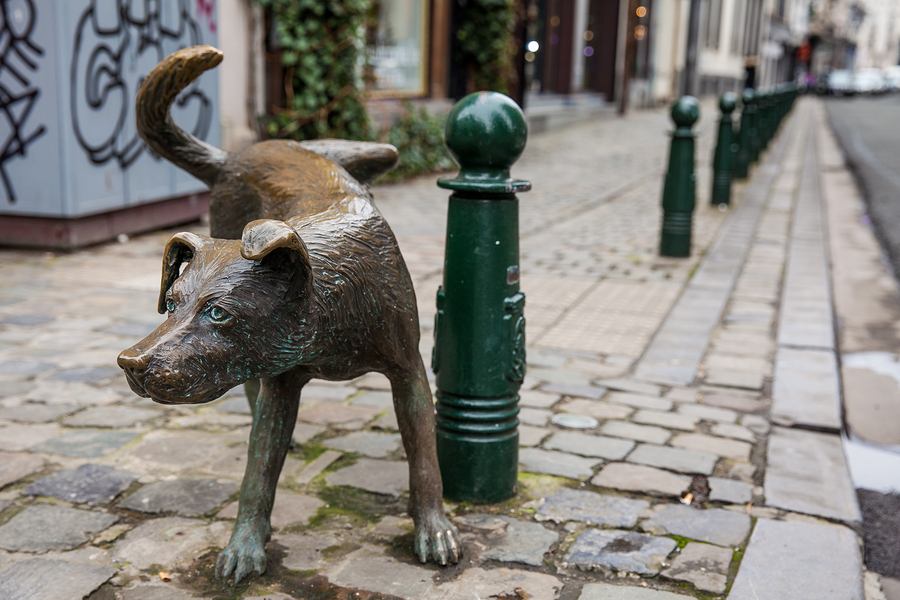 A good friend of mine showed me a hysterical collection of dogs trying to get statues to play ball with them (thank you Adam!). Here’s one of them:

You don’t have to work hard to find examples of dogs reacting to statues of people as if they were live humans. Here’s another one of my favorites:

I find it all delightfully amusing, but there’s an important lesson in it: Dogs pay attention to outlines, to silhouettes, as much as to any other visual cue. That’s why many dogs bark at people with hats on, or big bulky back packs–I’ve always thought in a dog’s mind it’s like seeing characters in a sci-fi movie who are mostly human, but not. Creepy, right? I don’t think that dogs get the “removable part” aspect of being human, so if we have on a hat or a huge coat, then we have morphed into BIG HEADED STRANGE SORT OF PERSON. You know, the kind you’d find at a bar in Star Wars.

But it’s also why cautious dogs can be afraid of statues, of any kind of animal. Recently Maggie crept up to a small statue of a lion as if it was a monster, and countless dogs go crazy at a statue of a dog. “It’s a dog, but it’s stiff and immobile!” Holy kitty litter, it must be about to attack!

Of course, there are always exceptions: 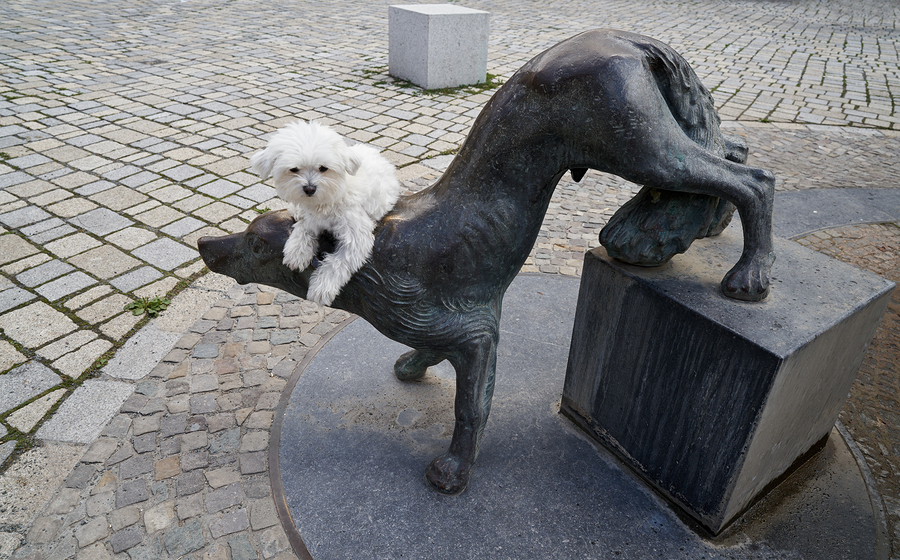 But it’s important to remember this when working with a fearful dog–men with hats or large coats can trigger defensive reactions in dogs who are already uncomfortable meeting new people, because of that scary silhouette. (Not sure how a dog would react to a dog as a hat on a dog statue).

And sun glasses? Oh, don’t get me started–the ultimate round-eyed, pupil-dilated nightmare face to a fearful dog. I reflexively take sunglasses off when I meet a new dog without even thinking about it.

Meanwhile, back on the farm: Finally a break in the hot, humid weather, at least for a day or two. Whew. I’ve been walking and working Maggie early in the morning, and it still felt just nasty outside. Like many of my friends and neighbors, my garden is verging on jungle status because of all our rain (over 4 inches a week the last few weeks), but it’s hard to work outside for long because of the weather. But I finally got some serious garden time on Sunday.

Mid July is lily time here. Lilies are one of my favorite plants because 1) they are so gorgeous and 2) they seem to love it on our lousy red clay soil, and 3) they need little care. Bless them. 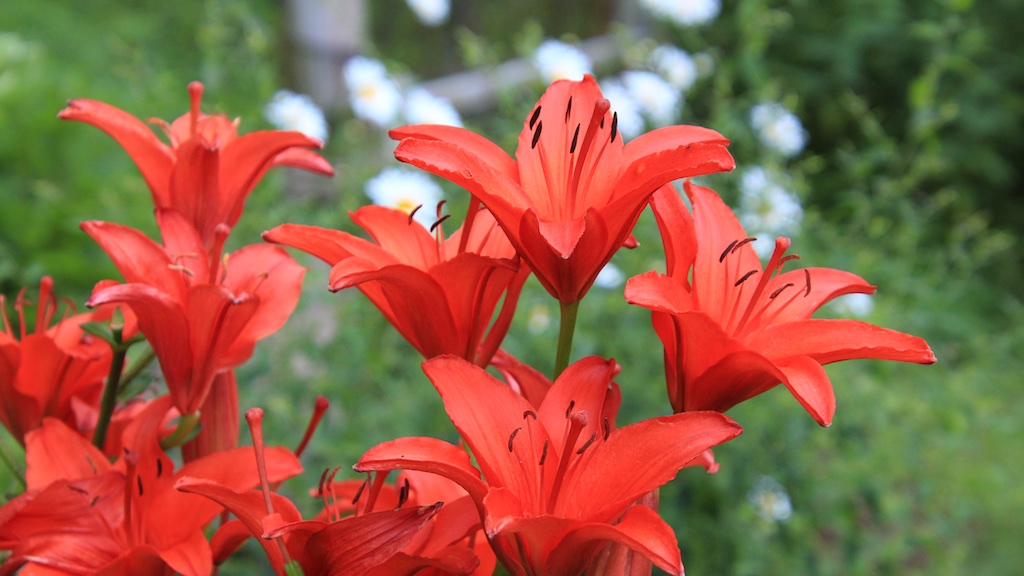 Working in the garden led to the discovery of this cartoonish caterpillar. 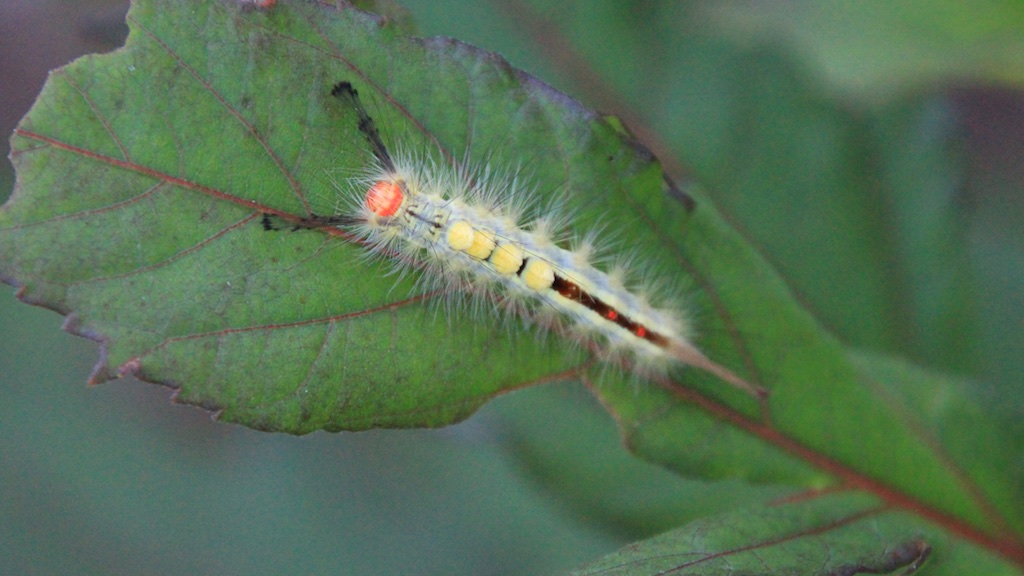 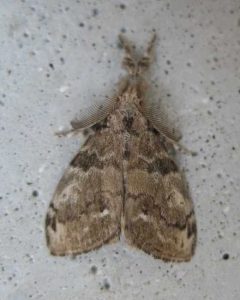 It’s the larval stage of a Orgyia leucostigma, or a white-marked tussock moth. I picked it up with gloves on–those cute little hairs often signify trouble–and moved it off of my hybiscus bush. Turns out the hairs can cause a lot of discomfort, and the species is a common one in mid summer in the midwest. The adult moth is nothing much to look at, apparently having used up all its bling in its youth.

Here’s bud of a new flower I’ve added to the garden, a variety of blooming onion. I’m loving them in a new flower bed. 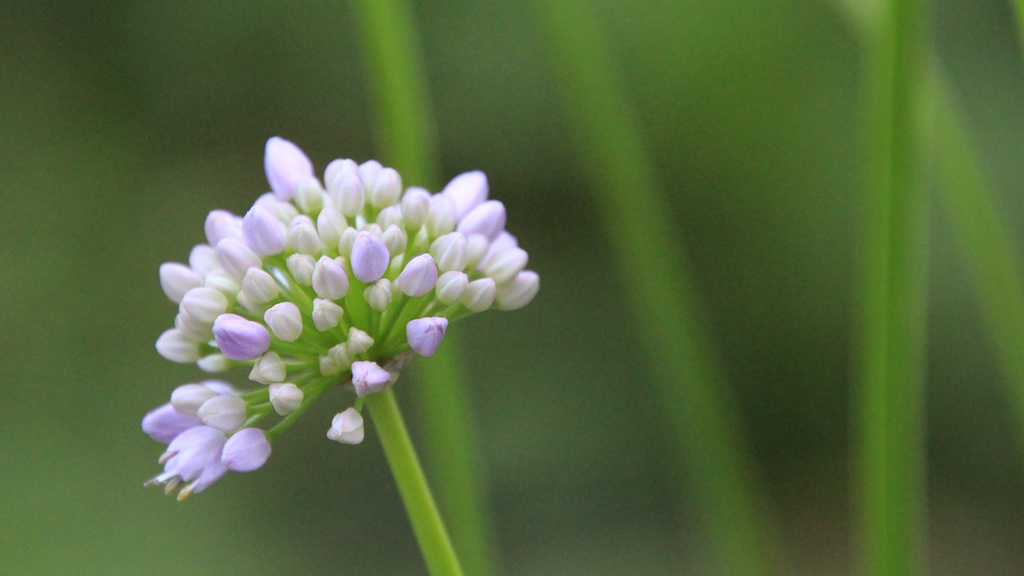 Looks like it’s going to get humid again soon, time for me to get outside as soon as it’s light and get Maggie out before it gets nasty. #whydoIlivehereagain?

Here’s hoping your weather is conducive to soaking up nature as much as possible. Best medicine ever.