Welcome to an ongoing inquiry about the behavior of people and dogs.
Blog Home >> Animals and the People Who Love Them >> Just Photos

Just photos this week, I’ve been either ridiculously busy or brain dead from the heat. It’s been hot and humid forever, and it’s going to continue for at least two more weeks. Getting up extra early to work the BC’s before it gets too hot. Watering my desperate plants before the sun is too strong. Going outside to garden or walk dogs for short periods; coming inside sopping wet with sweat. (In the late 60’s, on my very first night as an independent semi-adult at UC-Boulder, I walked downtown to a bar and danced with some guy who said “You sure sweat a lot for a skinny girl”.)

So it’s all photos this week. Here’s my favorite: 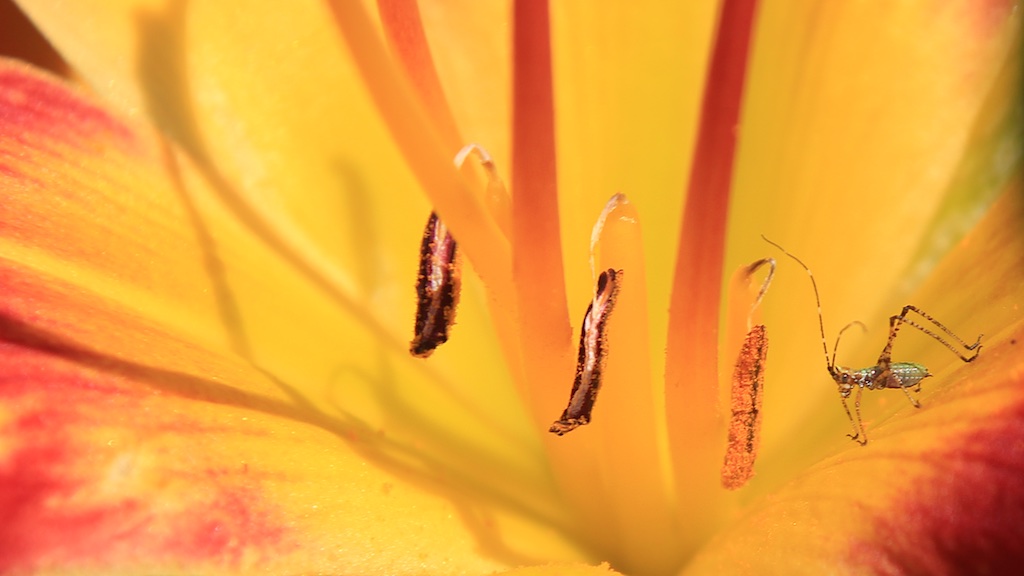 I was taking close ups of the day lilies, and didn’t discover the star of the show until looking at the photos on my computer. I was, and still am, enchanted. (I have no idea who this quixotic creature is. Any thoughts?)

Excuse me, little geranium, but there appear to be fireworks behind you. Better watch out. (The red color is actually from Bee Balm flowers.) 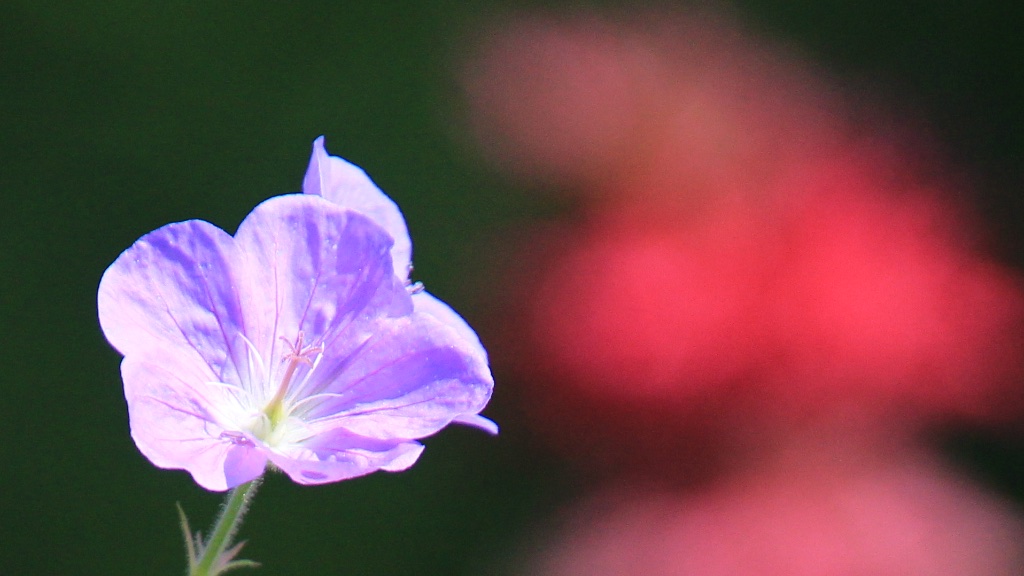 The Monarchs have arrived full force, I’m so happy to see them. I have a batch of Milkweed Seeds in moist paper towels the frig, getting ready to plant in the fall. 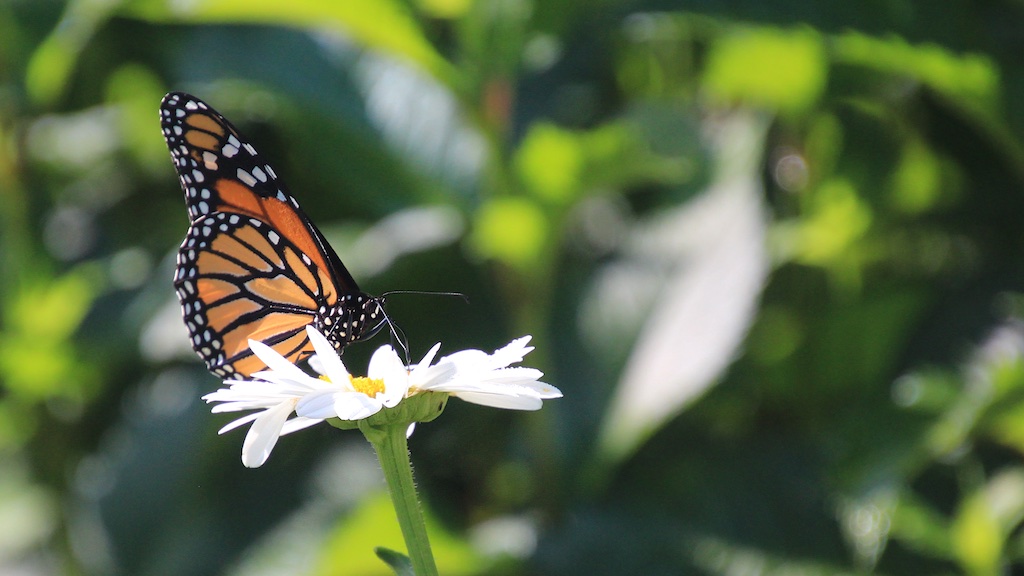 Friend Donna (that’s her and her dog Davy) worked dogs at a friend Janet’s on Friday, but not for very long. (That’s Janet’s good dog Jess driving the sheep down the field.) Maggie did an outrun for sheep halfway between the far gates and the woods. A long way for us after little distance work all winter and spring, but not as far as she’s going to have to run in the (hopefully) upcoming Open trials. Skip could have run that far, but I need to get a better stop on him at the top of the outrun, so in his case the sheep were in front of the gates. Argh, still too far! He settled down once the sheep got to me, but came much too fast on the fetch. Working on it, working on it. (Decreasing the length of his outrun to create a pattern of success . . .) 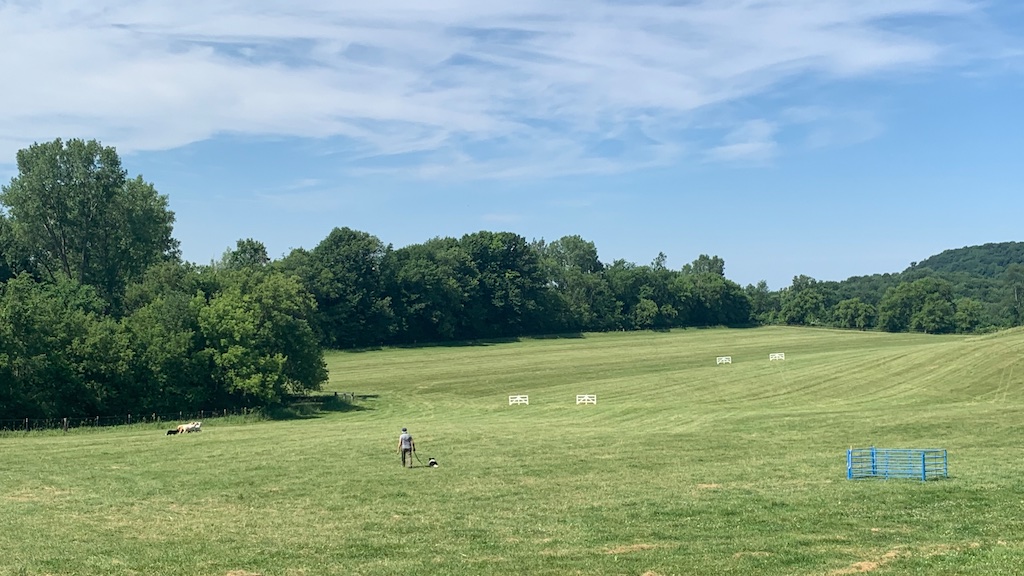 None of us worked for long because of the heat–for the sake of our dogs, the sheep, and ourselves. Thankfully it was less humid that day, and cooler degree wise than here, but Skip was still happy to cool off in the tank provided for that very purpose. Donna and I were grateful to Janet for providing such a great place to work our dogs. Neither of us have an area even approaching this scope. 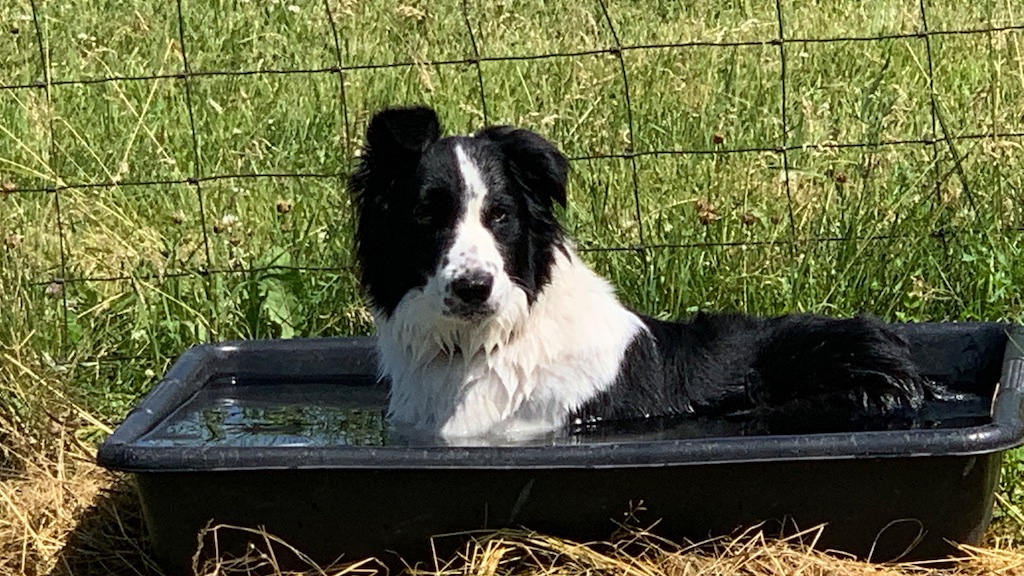 Hot weather and baling hay go together like strawberries and cream. This lovely field is owned by some good friends who provide hay for our sheep in winter. We’ll be getting our hay mid August, hopefully it won’t be so hot when we are unloading it and stacking it in the barn. Please, please, let it not be this hot. 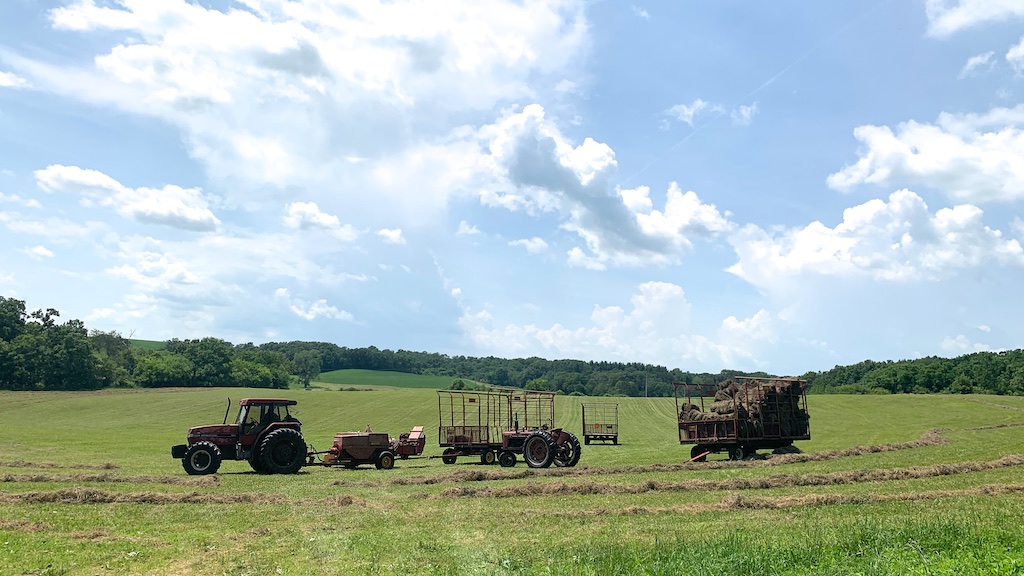 Guy and Martha, the owners of the field and a gorgeous farm to boot, also own three Norwegian Fjord horses, who they graciously allowed us to pet and coo over. I had no idea they were so muscled up (but are also agile and fast). I want some. 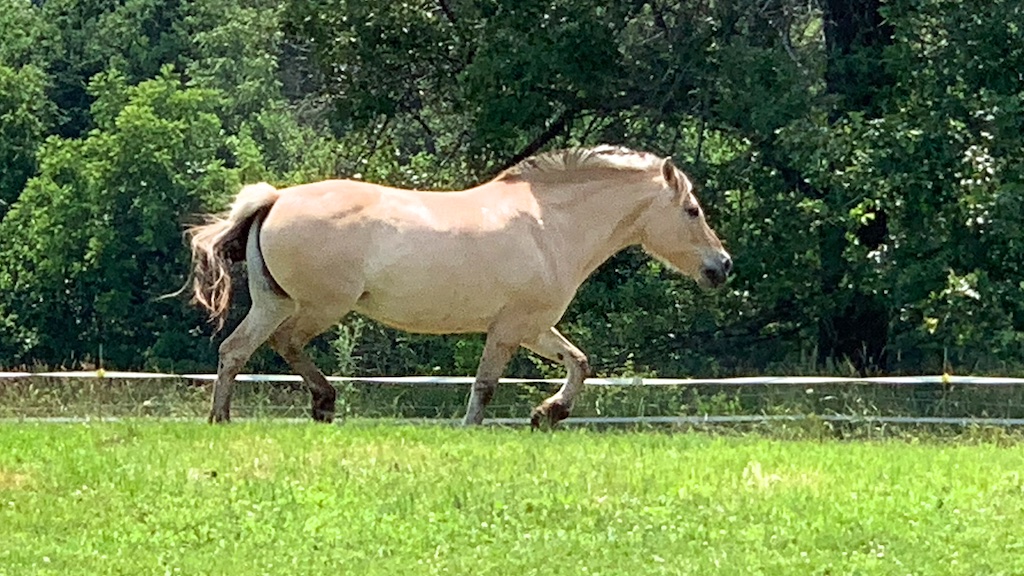 I couldn’t get over their manes. One wonders if they have any piercings . . . 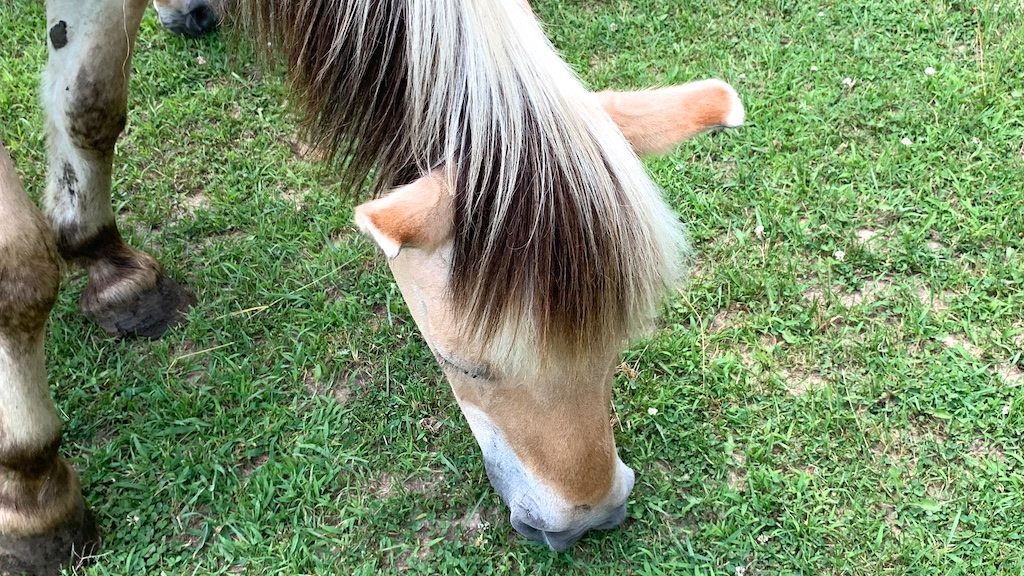 What’s keeping you going this week? Is the weather making it hard to keep your dogs exercises? (We’re working on some indoor manners this week to try to stay cool. You?)