Travel hell, Spa heaven. That pretty much wraps it up. I’m writing this on our last day at Lake Austin Spa Resort. You need to know that I have absolutely no objectivity at all about this place: They gave Jim and me 3 days lodging, food and great spa services in exchange for my giving three talks during their special program for dog lovers. That said, it’s really not possible to do much but rave about the place. It’s gorgeous, the food is great, the staff couldn’t be nicer AND they allow dogs even when it’s  not a special week for dog lovers. Yes, there’s a down side: The price. This is one of those “If you have to ask . . . ” places, but what would we expect of the spa rated the # 1 spa in the country by Conde Nast?

But for those who could manage it, try to come next November when they’ll have another special week for dogs.  Special it is, and special is just what the doctor ordered after what can only be described as an absurd example of just how bad it can be trying to deal with a company who has outsourced their customer service. I won’t bore you with all the details, but the summary is: Our flights from O’Hare to Austin were canceled for both Thursday and Friday. Thursday’s cancellations are understandable after a monster storm on Tuesday night, but what followed was not.  I spent a total of over two and a half hours on Thursday afternoon (in three sessions) talking to 7 United reps, all of whom were barely intelligible because they simply didn’t speak English. Neither did they seem to know much about how to rebook a flight. We got here only because we found flights through Delta by ourselves, and drove 5 hours to Minneapolis to fly from there (we could have flown but by the time United finally figured out how to get the seats, about an hour later, the seats were taken). I have to admit that by the time I was talking to the 7th person, somewhere around minute 140, I was so steamed that when asked to spell my name (finally to book the ticket to Austin the next day) I said:

” C, as in Can’t believe I’m STILL trying to get this settled.”

The staff at Lake Austin Spa were graciously grateful that Jim and I worked so hard to get here, and by the time we got here it would have been churlish to stay grumpy because we had trouble traveling. After all,  this storm caused so many people so many serious problems, and a little travel trouble faded away pretty fast once we settled in.

Here are some of the lucky dogs and lucky owners who got to participate in the Spa’s special dog days. Ivy, Sophia, Libby, Bichon, Romeo and Jasmine seemed to be having a great time, but maybe not as much fun as I had with them. 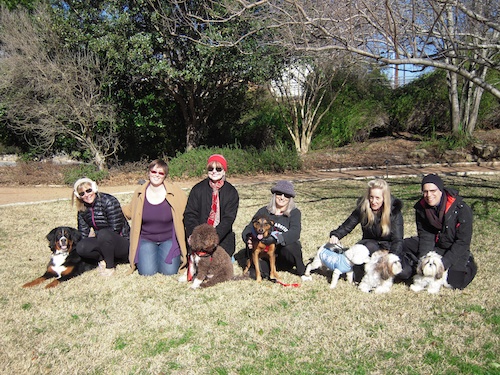 It’s gorgeous here, even though they had ice and snow the day before we came (yup, that’s snow on the far bank.) 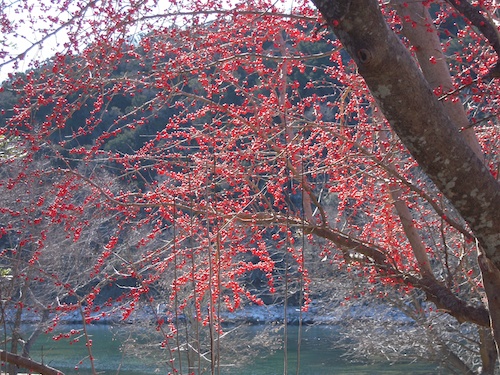 MEANWHILE, back on the farm: This is what’s waiting for us at home. And as wonderful as it is here, it’ll be great to get home. Here’s hoping it goes a bit more smoothly . . . 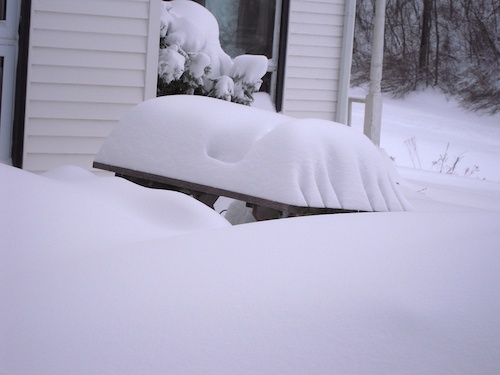 « Counter Classical or Counter Operant?
A Valentine to Willie »