Welcome to an ongoing inquiry about the behavior of people and dogs.
Blog Home >> Animals and the People Who Love Them >> Memorial Day 2021

As always, Memorial Day feels hard to wrap my head around, or maybe it’s my heart. It’s a day of the beginning of summer and BBQs and, this year especially, celebrations of finally being able to be with friends and family. And it’s a day of mourning and respect and gratitude for those who have lost their lives because of their service in the military.

My uncle, Lynn Dodwell, according to my mom, his sister, was the only survivor of his squadron of 52 RAF pilots in WWII (Royal Air Force). Every other young man was shot down and lost while defending England. Even though he didn’t die himself, I don’t think he ever recovered from survivor’s guilt–it always felt like part of him died.

On Memorial Day this year I will indeed play outside with friends, play crazy-ass croquet (who said the field had to be flat?), and polish off too much yummy food. But I will also take some time to let my heart get soft and my eyes get moist over all the people who have lost their lives in war, no matter where they are from. It helps me to take action in times like these, so I just made a donation to the Military Women’s Memorial, an organization that fights for recognition for all women who have served who often are ignored or dismissed. I’m trying to donate to the RAF Benevolent Fund, but it’s in England, of course, and it’ll take some time to sort through.

Let us know what you do on this day and how it strikes you. If you have some organizations that you’d like others to contribute to, please let us know.

MEANWHILE, back on the farm: Lots of time outside, which is heaven for us until we come inside in the late afternoon and are too stiff to get off the couch. The invasive Dame’s Rocket is starting to form seed heads, so we are spending a ridiculous amount of time cutting it down or pulling it out. It’s beautiful yes, but is so aggressive that it’s trying to take over every single one of my perennial gardens. Next year I’ll use the dogs to move the sheep into the area before the native plants sprout, and see if they can help us contain it. 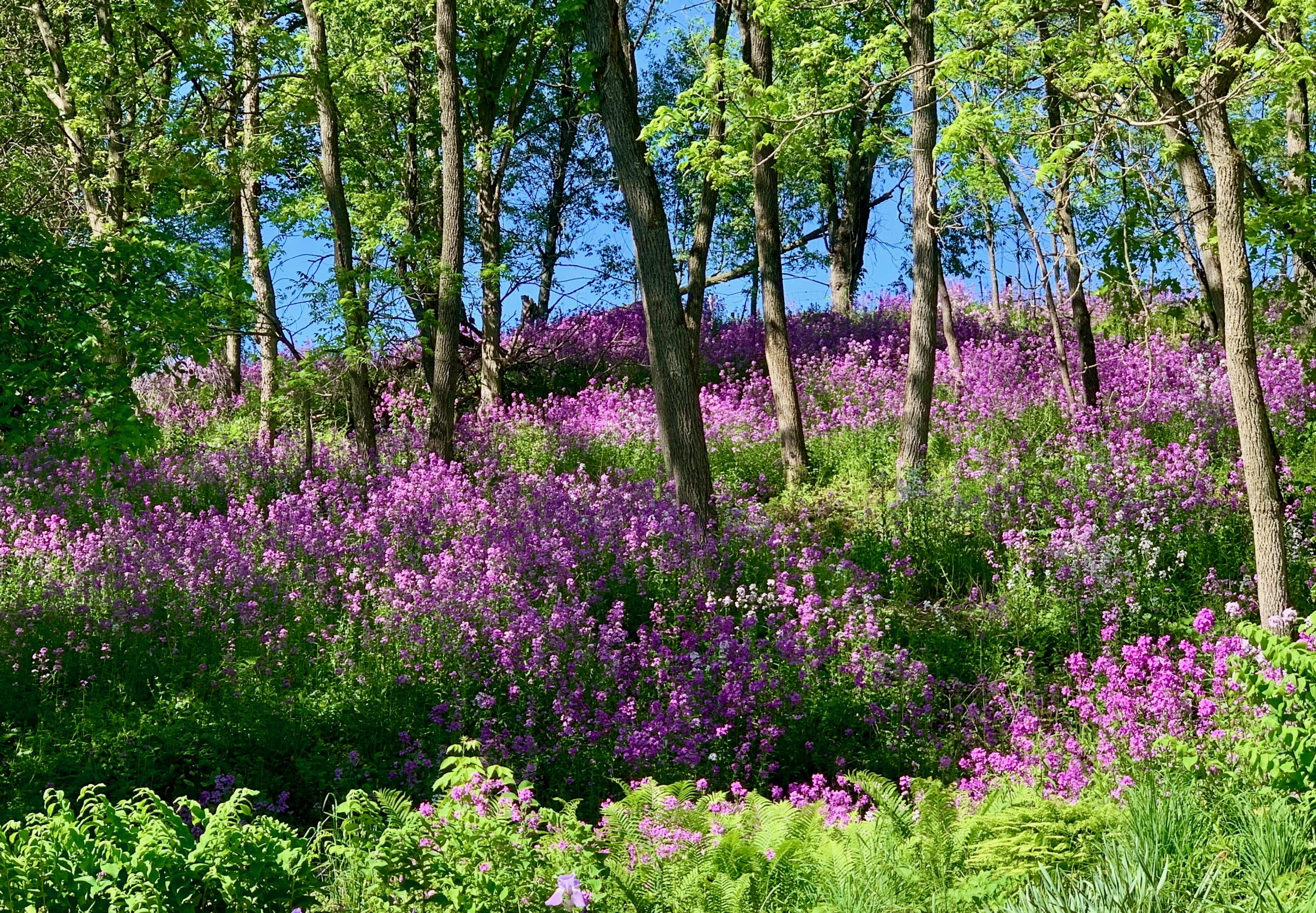 On Saturday Skip and Maggie had a great time at the WWSDA’s First Annual Novice Sheepdog Trial. No one who has run in Open could enter, so the more experienced handlers volunteered to help out. Skip, Maggie and I worked the “exhaust,” which is rounding up the sheep after a run and putting them back into another field where they could rest and graze. We alternated with friend Janet and her dogs, and it was great fun and a wonderful chance to get in some training.

All my photos of Skip and Maggie turned out crummy, but I love this photo of Janet’s dog Ted, when Janet asked him “Are there sheep?” He looked left, he looked right, and then he gave Janet that look I can only describe as “nonplussed.” Something about that open mouth. The words coming out of it should be “Uh, uh, whaaaa? Sheep? Where?” 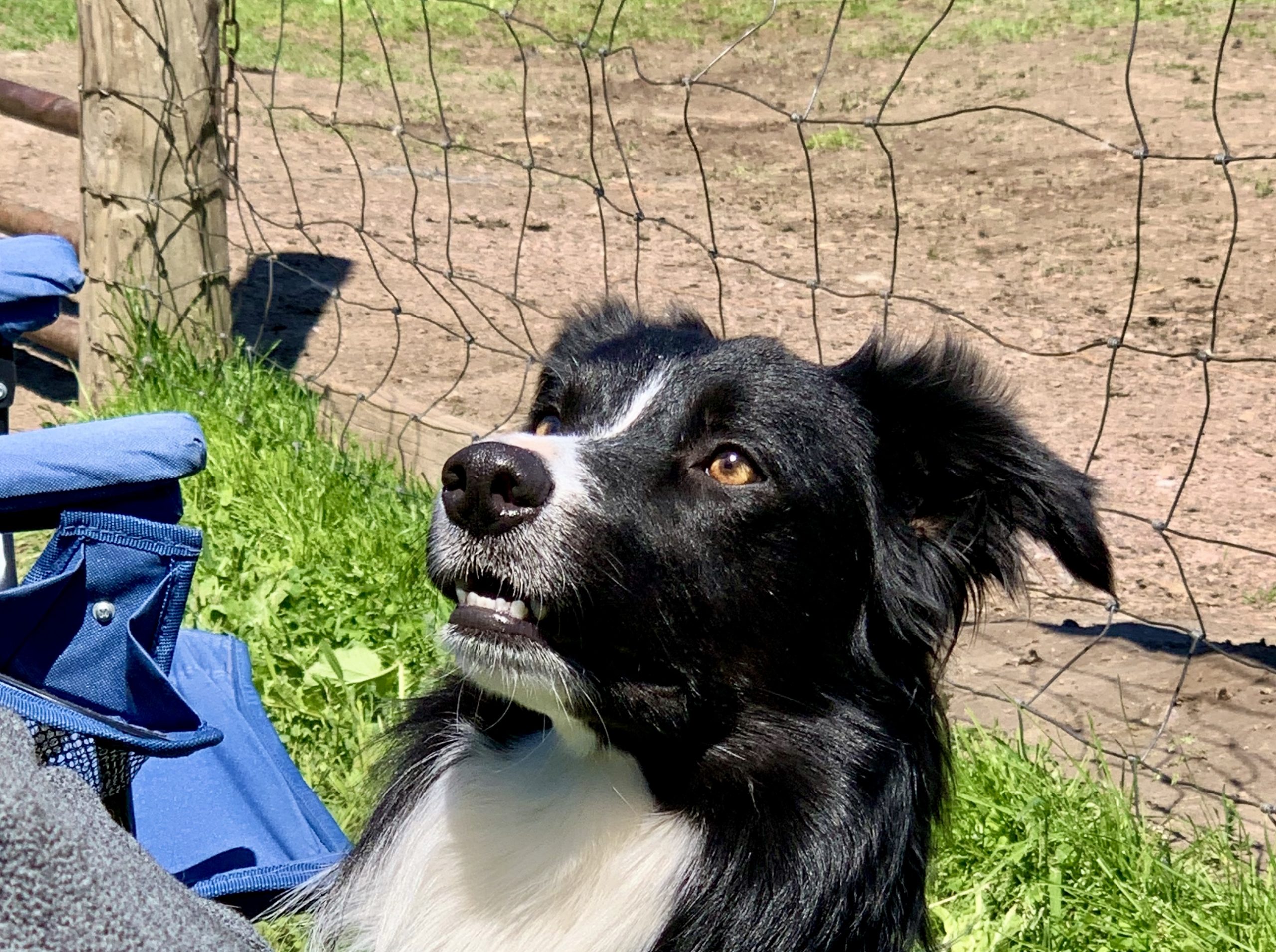 I loved these low clouds on the way to the trial, off of Hwy 113: 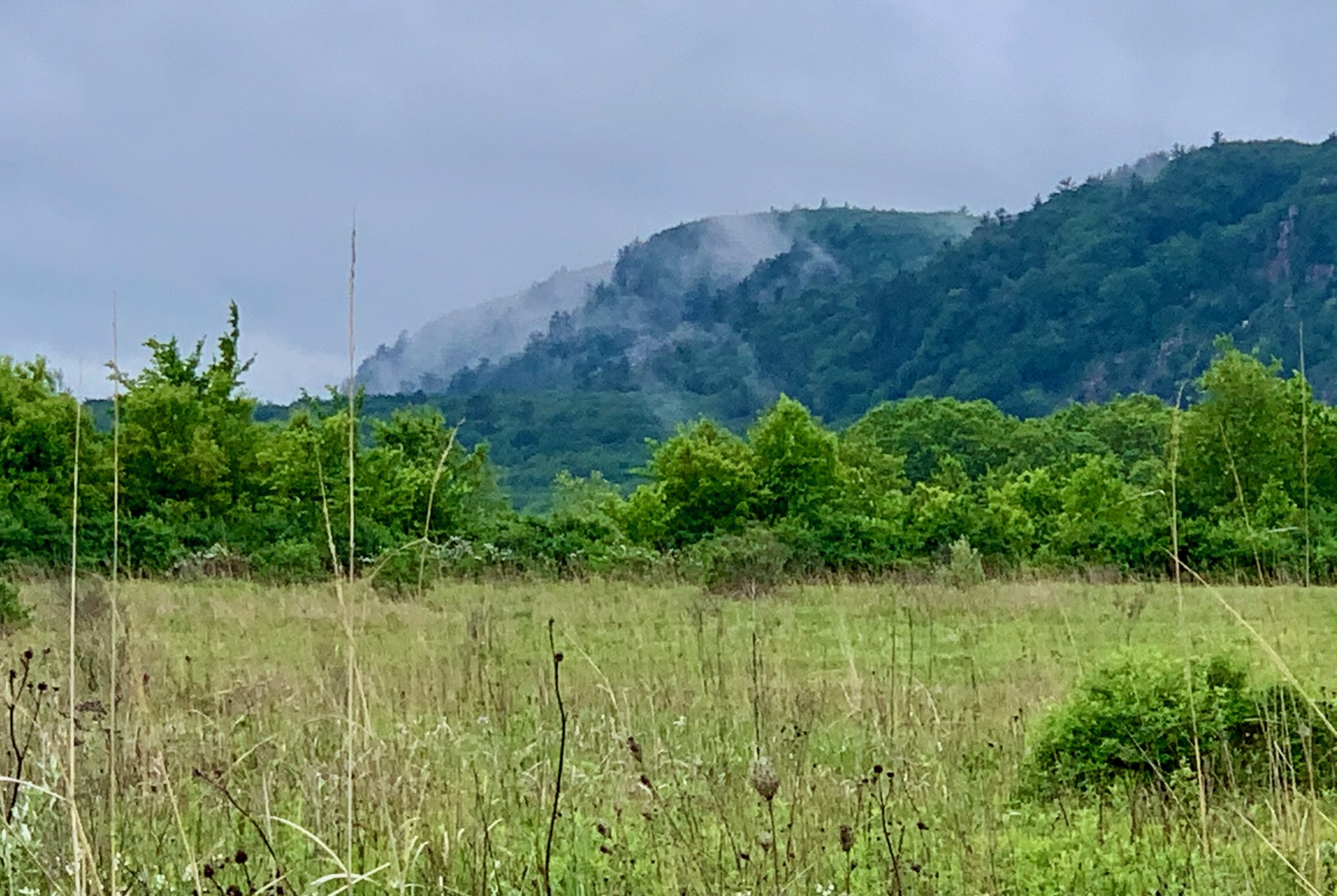 Some of the sheep at the farm had recently been weaned from their lambs. This girl spent a long time sniffing a chicken and had a lot to say about it when it didn’t smell right. 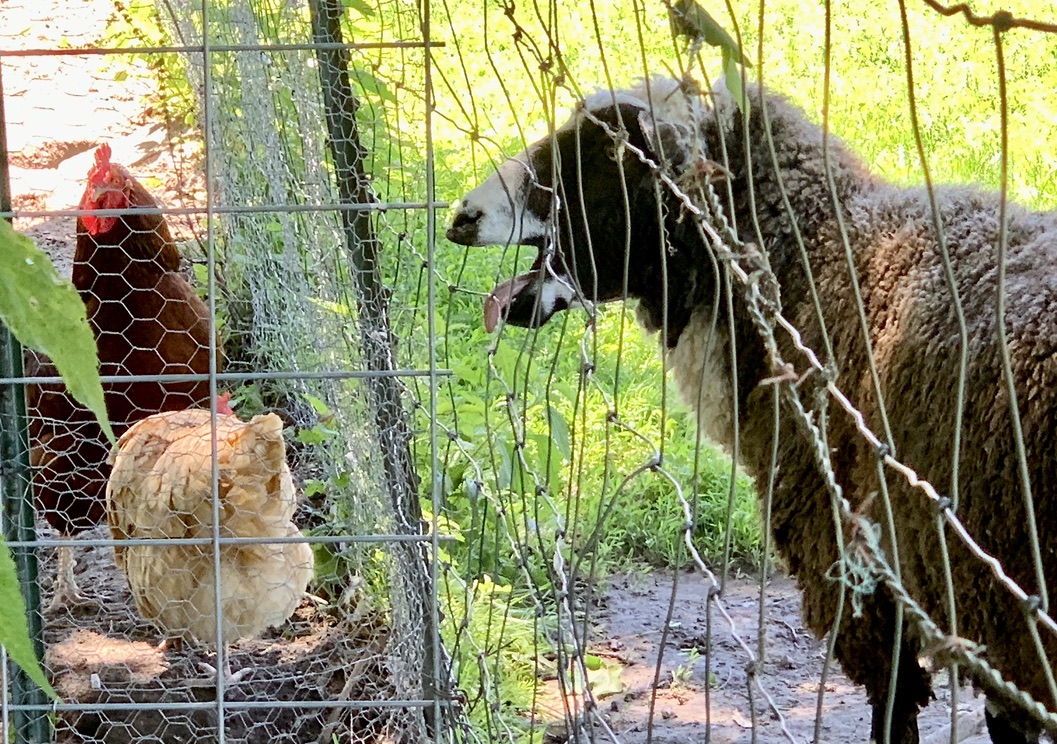 Don’t know whose lamb this is, but sure is cute: 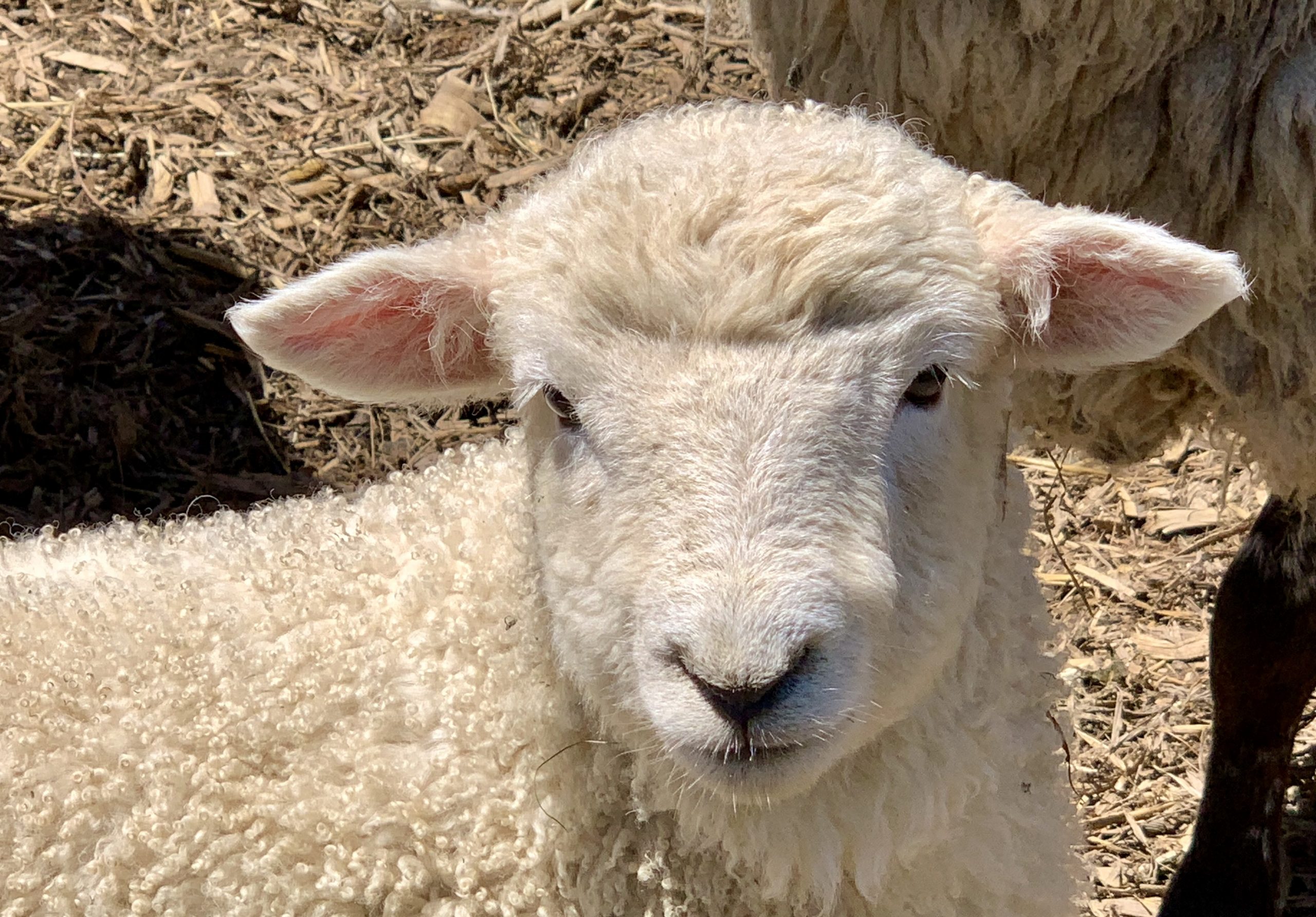 Friday night we had another ANOTHER hard freeze (yes, I’m yelling), and I had been too tired and grumpy about it happening again to cover any plants. I got lucky; the two tomato plants got badly nipped but should recover, my Dahlia’s are not happy with me but should make it, and the impatients will be fine if I’m just patient enough.

The Prairie Smoke couldn’t care less about the frost, and it’s smoking away. It is without question one of my favorite plants. 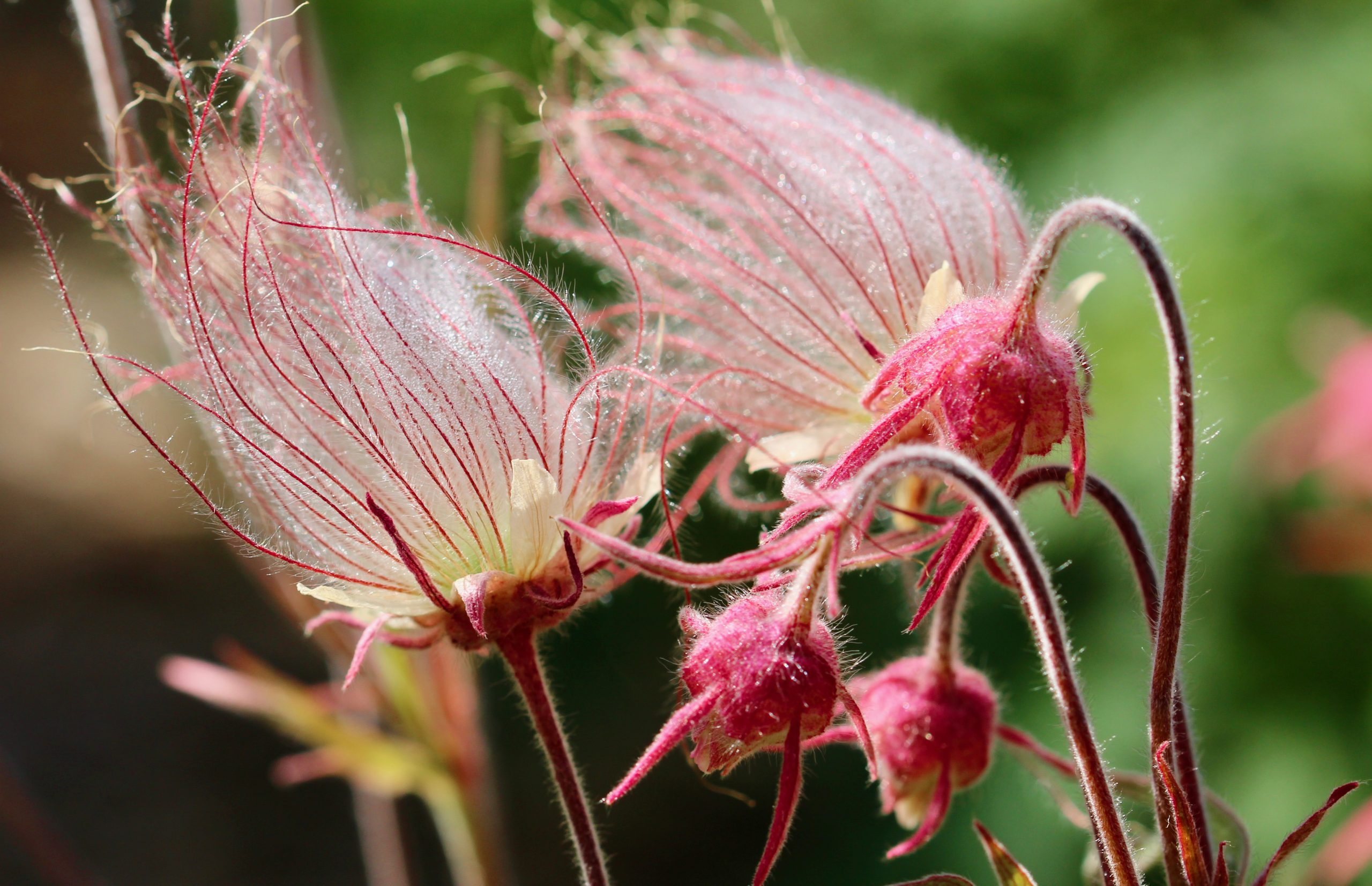 I’ll end on Miss Dahlia, who made it through unscathed, unlike some of her sisters: 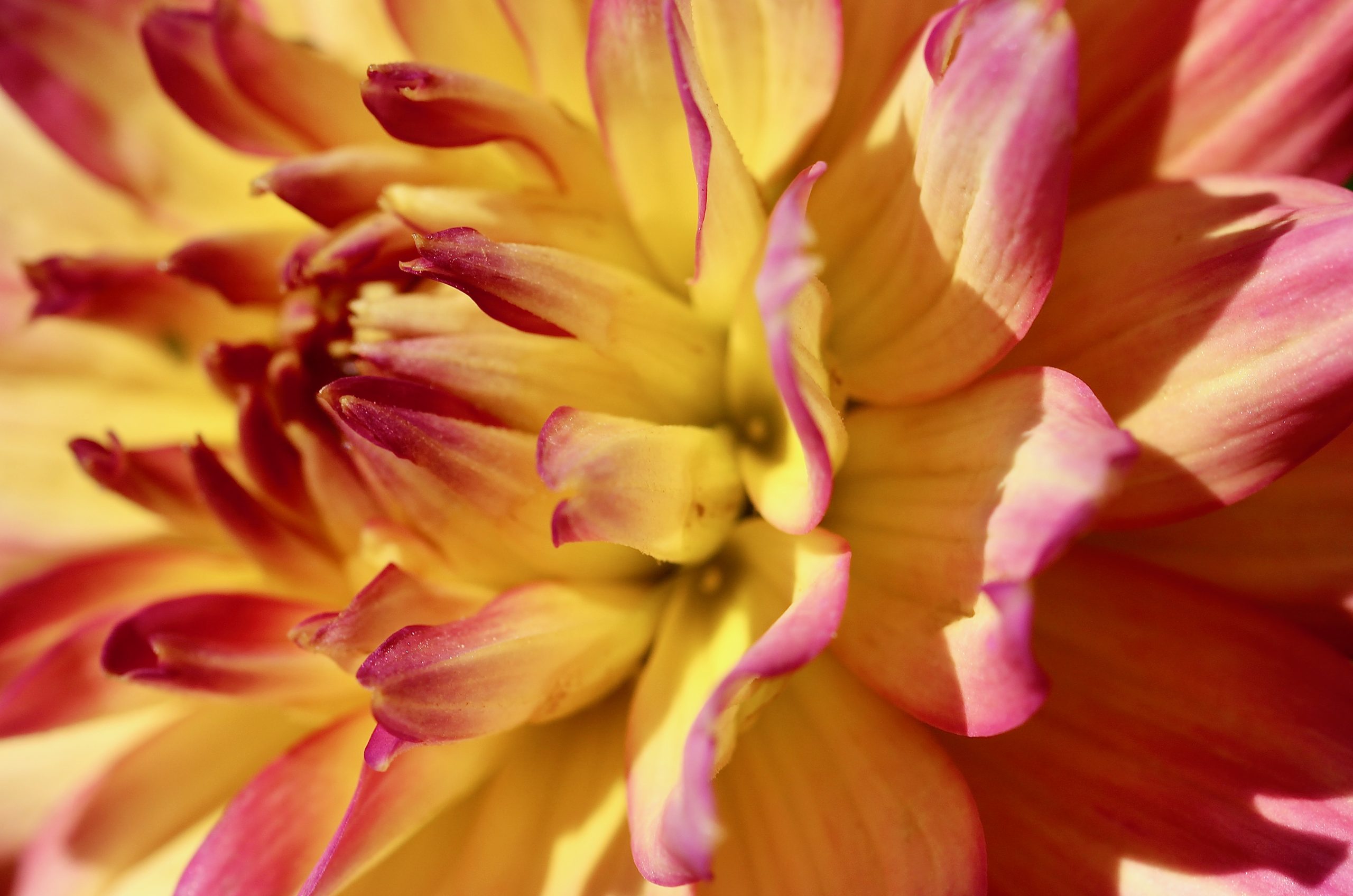 Let us know how your weekend has been, and what Memorial Day means to you. I hope your week is full of gratitude, good friends, and lots of beautiful colors.

« Dogs, Anger, and Anger About Saying That Dogs Can Get Angry.
“Invites Decrease Bites.” Making Dogs and Young Children Safe »