Welcome to an ongoing inquiry about the behavior of people and dogs.
Blog Home >> Border Collies >> Miscommunication about Meta-Communication

Well, I just hate it when I mess up. And I did… instead of clarifying something I confused it. Sigh. Let me see if I can do a better job this time:

In my last post I talked about saying “Ready” before I lifted Will’s paws to clean them, and how valuable I felt it was to communicate to a dog what you are about to do. Readers responded (so beautifully I might add) with their own examples of the value of communicating one’s intention rather than always just giving a “cue” asking the dog to perform an action. All good so far, and if you haven’t read the comments yet, I’d advise you do so, because there are so many good ideas about how to help your dog prepare for what is about to happen. (I liked them so much I printed them out.)

At the end of the post I labeled this as “meta-communication,” which is defined as “communication about communication.” The example I gave, correctly, was a play bow in canine communication, which is taken to mean: “Don’t take these growls and bites seriously . . . I”m just playing.” A verbal equivalent in our own species is “Hey, I’m just joking!” or “Pay no attention to what I say in the meeting: I don’t necessarily believe it but I’m saying it for a reason.”

Meta-communication is an interesting aspect of communication, and there well may be some good examples of it in our communication with dogs, but the one I used was not one of them.  Several discerning readers were right on when they questioned how I was using the concept. “Ready” doesn’t really say anything about how to interpret my next actions or words. Rather, it clues the dog into something that is about to happen. Such a signal is, I believe, incredibly valuable, but it is not an example of communication about communication, it is an example of communicating what is about to happen. Very different things. So, here’s a question for you: Can you think of an example that really IS meta-communication from you to your dog? Here’s one of mine that might be: On occasion I’ll actually say in a very quiet voice: “Will, pay attention now, this is important.” (Does he have a clue what I am saying? Doubtful to say the least, but I suspect that my tone and demeanor suggest to him that my next words need to be taken more seriously than usual.)

Meanwhile, back on the farm: It’s been quite a week. I admit to be a tad distracted by the wonder of spring and a number of other activities, troubles and joys.  My sister’s brief visit was exquisitely wonderful, the silo came down with only moderate angst and minor problems (a large wooden feeder got smished, it took 4 loads of gravel and dirt to fill the hold, even after all the cement staves were pushed into it) . . . 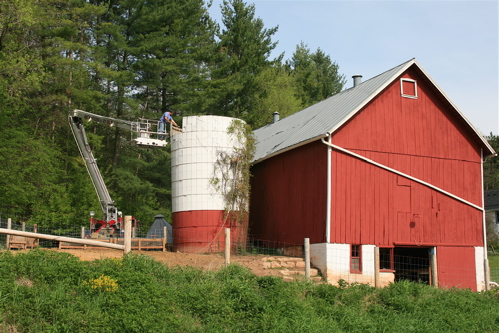 . . . waves of avian migrants appeared (from Rufous-sided Towhees to Blue-winged Warblers), the electric fences were successfully moved and tested, buckets and buckets of weeds were rudely jerked out of my flower gardens, time was spent constructing the last exam for my UW course, poor Jim ripped the bulk of his bicep into two pieces, and oh yeah, no surprise to discerning readers, I bought a puppy. Coming home Saturday. Oh my. 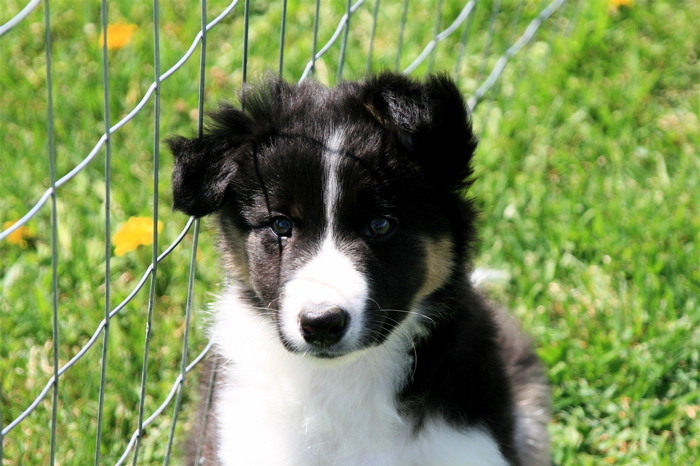