Welcome to an ongoing inquiry about the behavior of people and dogs.
Blog Home >> Animals and the People Who Love Them >> Name That Ewe 6-12-17

There are six new members of Redstart Farm: Two momma ewes and their twin lambs. It’s such a joy to have lambs back on the farm–we had to skip lambing season this year because of a bacterial disease that prevented our co-owned ram from coming over in fall and breeding the ewes. But now we have two new ewes from him (Little Big Man), thanks to friend and co-owner Donna, who sold us two of her older ewes and the lambs a few weeks ago. All are settling in well, but I need some help.

All the ewes at Redstart have names, but I’m struggling with a name for the ewe in the photos below. Right now I call her “scraggly ewe,” for obvious reasons, but that doesn’t have much of a ring to it. So I’m reaching out to my village for ideas. All ideas are welcome.

Here’s what you need to know:

Any ideas? Other named sheep in the flock include Lady Godiva and her daughters Pepper and Lady Baa Baa (whose name was from another contest, best name ever), Solo, Chili and Cupcake (our plus size model).

Here she is, awaiting her name: (The red on her butt is from being bred last fall; Little Big Man had red “marking paint” on his chest to show when each ewe was bred. The flock looks quite festive that time of year.) 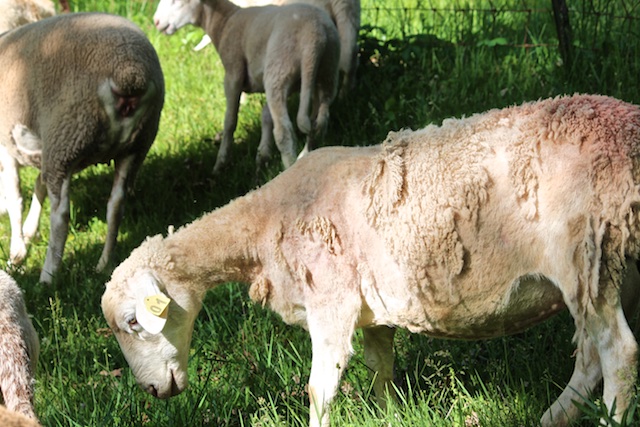 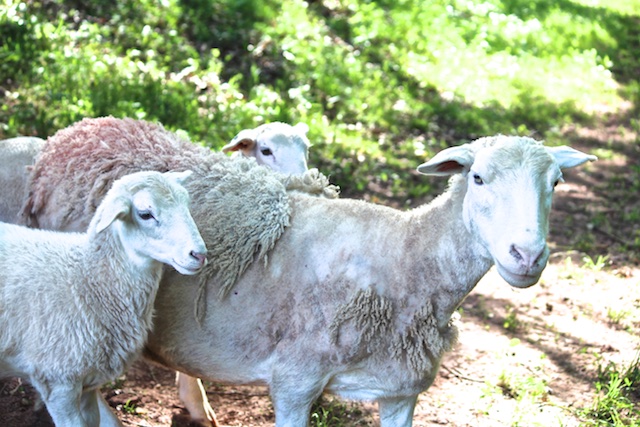 MEANWHILE, still back on the farm: Here are a few more photos from early summer. Look at how Maggie is putting pressure on the left to keep the sheep in line. She’s learning to do that all on her own, and I’m so proud of her for it!

« What Would You Like to Talk About?
June Skies »