Welcome to an ongoing inquiry about the behavior of people and dogs.
Blog Home >> Dogs >> Oxytocin Increases When Your Dog Looks at You

A friend and colleague (Toni Ziegler, an internationally known primatologist) sent me an article in a journal I usually never see, Hormones and Behavior, and I was sure you’d be as interested in it as I am. The authors, M. Nagasawa et. al., found a correlation between the level of an owner’s oxytocin and how much their dog tended to gaze directly at them.

First off, you probably know that oxytocin is the “feel good” hormone that is associated with lactation and social bonding. Someone called it the “wine and candle light” hormone, because it seems to play an important role in social relationships and feelings of trust and affection. (People are more trusting of strangers if oxytocin is sprayed into their nose–leading me to speculate in For the Love of a Dog that we should all be armed with a spray bottle of the stuff). Oxytocin correlates with friendly social behavior in rats, monkey, sheep, you name it, and even has been found to calm “depressive tendencies” and anxiety in people.

The authors of the study first surveyed 55 people to evaluate the level of relationship with their dogs. (They asked: “How much are you satisfied with your dog?” and “How much do you feel you can communicate with your dog?” Of course, if I’d been asking, my questions might include “How often to you rub your dog’s belly?” and “How important is your dog in your overall happiness?” and “How many months would you say you spend more on your dog than yourself?” and “Don’t you think you should consider buying yourself a new pair of pants before you buy another dog toy?” But then, it wasn’t my study….)

Each owner/dog pair then came to the researchers, and was video taped in a room with the owner sitting in a chair. At first the owner was alone in the room for 20 minutes, then the dog was allowed in for 30 minutes. Once inside, the dog was allowed to move around the room freely, but was asked to sit on cue every 3 minutes. The owners could talk to their dogs and pet them, but not give the dogs treats. Before and after, the owner’s heart rate and blood pressure was taken, and they were asked to provide a urine sample both before and after as well.

What does all this mean? Well, if you put your science hat on, you know to be careful of correlations. It seems reasonable and (common sensible) to argue that IF you are strongly bonded to your dog, then you have a surge of oxytocin when he or she looks at you and you look back. (I think my oxytocin is rising right now, just thinking about Lassie’s face!). However, I’ve always wondered if some individuals inherently have lower levels of oxytocin and that makes them less affiliative with others, a bit more stand off-ish. Dogs too? Could that explain why some dogs are puddles around people and others more aloof? Levels of oxytocin do correlate in mice, for example, with less or more affiliative behavior, so it seems reasonable that it could occur in people too.

That could create another hypothesis for the results. Do people with inherently higher levels of oxytocin tend to be more bonded to their dogs? However, a good study should account for this, and indeed, there were no significant differences between oxytocin levels before the experiment between the 2 groups of people. So it looks as though it was the interaction itself, during the 30 minutes that the dog and owner were together, that increased oxytocin levels. Although none of us can accurately guage our oxytocin levels without measurements, I swear there’s a feeling I get that correlates with an oxytocin surge. It’s the way you feel when you look at a puppy, or a kitten, or a two year old child… and get what I can only describe as “goo-ey” and “warm” and just overwhelmed with loving feelings. Know what I mean? Do you thank that is part of what makes a dog a “forever” dog or a “heart dog?”

Whether we can feel  it or not, oxytocin has got to be good for us. Remember when I said that oxytocin decreases anxiety? It seems to have a positive effect on many systems: it is produced in the hypothalamus and decreases activity of what’s called the “hypothalamic-pituitary-adrenal axis” (use that when you want to be cool, you could also just call it the stress response though!) In other words, more oxytocin, less adrenalin, less anxiety, less immune suppression, etc. We’ve always known our dogs are good for us (mostly… unless, uh, they’re not), but here’s a biological explanation for it beyond the fact that they make us feel good.

Speaking of oxytocin (with apologies for indulging myself), here’s a photograph I found last night, buried in files on my computer. I wasn’t going to use it, but it makes me all goo-ey and oxytocin-y to look at it, so I thought it was relevant. It’s of me and my Tulip long ago, several years before she passed away. Here’s hoping you have a dog right now that raises your oxytocin too. 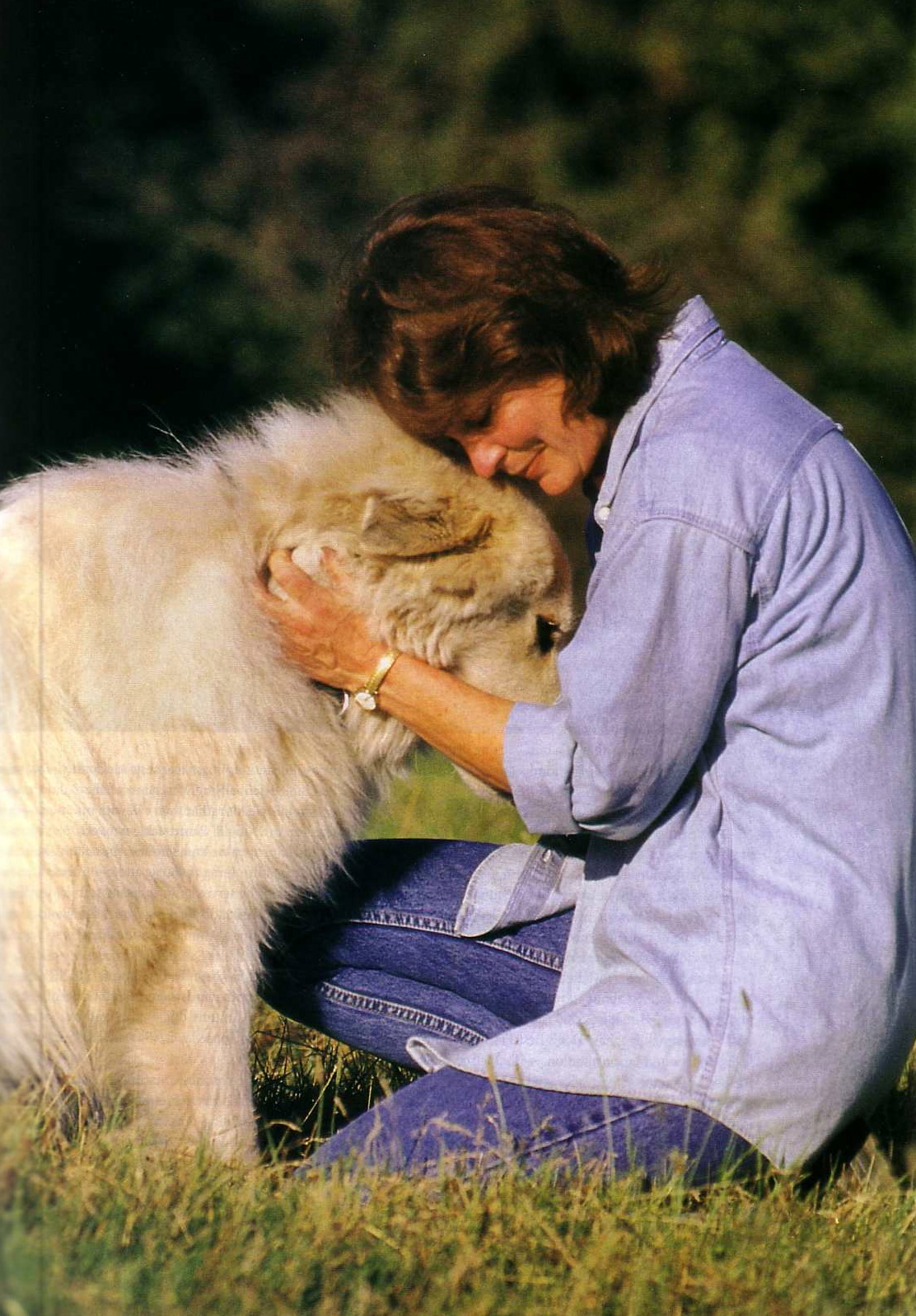 And here’s another feel good picture, fall leaves that fell this weekend after a hard, hard freeze. 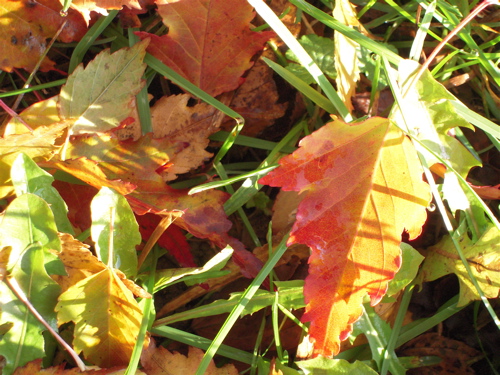