Welcome to an ongoing inquiry about the behavior of people and dogs.
Blog Home >> Animals and the People Who Love Them >> Rub A Dub Dub, Willie’s in the Tub

One of my current goals is to put more videos on the blog and in Facebook. I’m working on iMovie, which I have to admit seems anti-intuitive to me. But while I do that, here’s a quick YouTube video of Willie and the bath tub. I took a simple video on my iPhone and although he doesn’t actually get a bath, it does show how easy it is to bathe a dog using positive reinforcement. Notice that he is staying in the tub of his own choice (although I do say “stay there babe” at one point).

What I want to illustrate is how important it is to go step by step. Here are the steps I used to teach Willie to voluntarily jump into the tub and get a bath:

1. Armed with lots of small, great treats, I first palced them on the edge of the bathtub, perhaps 2-3 times, and let Willie eat them up. Then I put treats inside the tub and encouraged Willie to jump in to get them. I reinforced every step along the way–paws on the edge of the tub, one back foot moving up, etc. Once he jumped all the way in I gave him a “jackpot” of lots of treats, one after the other. I did several sessions of this before I even considered turning on the water.

3. Next step was switching the water from the faucet to the sprayer. It’s a different sound and was enough of a change that I knew Willie would need reinforcement for it too. So we did one session just on that, again giving Willie treats as I switched the water from faucet to sprayer.

4. Not seen on the video, the next step was spraying Willie with water. At that point I’ve put a jar of treats down beside me, and given him a treat every 5-10 seconds in the first sessions, then eventually every minute or so. Eventually I of course add shampoo (I mix it with warm water, works better than putting in on directly). Shampoo, rinse, repeat. Or just rinse–which I ironically did last night because it’s a muddy mess outside and  Willie is a sponge for dirt. I should have taped it, but I needed both hands to get him really clean. Let’s just say the water ran brown for the longest time. After we were done I said to Jim “And this is why people have short-haired dogs.”

Would Willie rather be getting treats elsewhere? I pretty much guarantee it (note the different types of tongue flicks). But then, I don’t enjoy giving the BCs baths either… Tootsie can be bathed in the sink when I’m standing up and it’s more comfortable for me. But the BCs literally compete for who gets to come in the bathroom with me when it’s bath time, I can run them through the house into the bathroom in a second and get them washed off in a few minutes. Can’t complain about that.

What about you? How do you bathe your dog(s)? Easy? Hard? Fun? Too busy to answer cuz your dog is a muddy mess and you have to wash her off?

MEANWHILE, back on the farm: I WILL complain about mud season in January though. I’ll admit that 16 below was a tad nippy for me, but I’d take the cold any day over rain (which it’s doing now) and then mud, or then ice, or then icy mud… Argh. Not much we can do about it.

Maggie and I ran in another winter sheepdog trial at John Wentz’s this weekend. Everyone was clearly rusty, but the joy of small trials like this is that we can all consider it a training run. Judge Rose was especially helpful; if we “retired” and left the post to help our dogs she encouraged everyone to do so and take the full time allotted. Maggie’s first run was pretty sloppy, although it ended up in first place. (Someone said, “So you mean it was a SBS run?” I’d never hear the term, but it was perfectly descriptive. SBS = Sloppy but Successful. Note:  There are other “S words” that can be used. Just saying.) On Sunday I messed Maggie up by lying her down when I should have let her keep going, which caused her to have to “lift” the sheep (get them moving) over and over again. Because of that, we ran out of time at the pen. Argh, I thought I’d already learned that lesson. Lots to work on, for both of us. But we’ve literally only worked two or three times in the last five weeks, so it was great fun to be with good people and work dogs together. I also had two great lessons on “shedding” (separating a select number of sheep out of the flock) from AJ. It’s REALLY hard and REALLY cool and I think/hope I’m going to love it if I ever figure the hell out how to do it well.

This is another part of what is keeping me sane–flowers in the house. Why would anyone spend money on shoes when they can spend it on flowers? 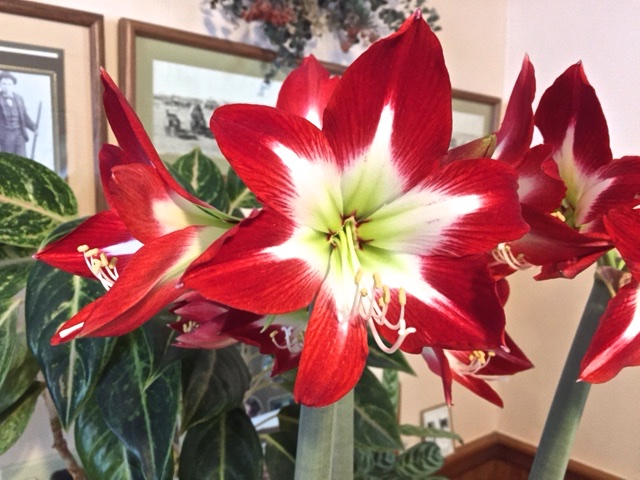 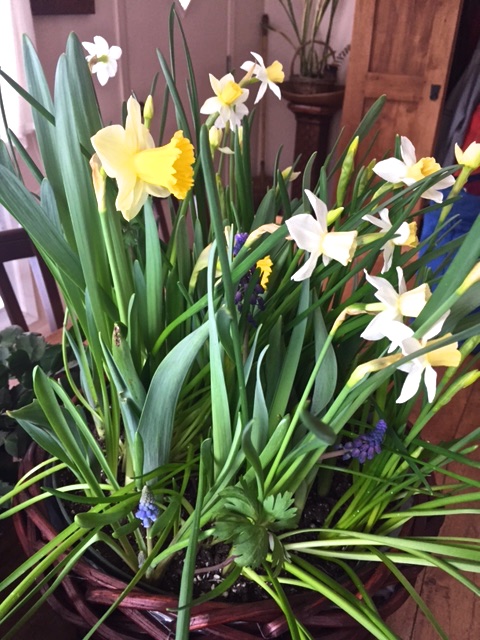