Welcome to an ongoing inquiry about the behavior of people and dogs.
Blog Home >> Animals >> Send Podcast Questions!

We are soon going to tape the pilot of a potential podcast and would love some questions from dedicated readers. Each podcast will have an interview with an author or professional of interest (we have Temple Grandin and Karen Pryor lined up first, how fun is that?) and the answers to two to four questions about behavior or training, and that’s where you come in.  We’d love to get some real questions from you… we could make them up (that is VERY common by the way on lots of shows) but would much rather get them from you. So here’s your chance… send in a question you’d like us to consider for the podcast.  The good news is that we might use it on the show and you’ll get your question answered. The bad news is that you’ll send in a question and never hear a thing in response. That will happen a lot.. there’s no way I can answer everyone’s question that starts “I have just a quick question for you…..”. If I did, that’s all I’d do all day long until me and my dogs starved to death and could only send answers metaphysically.

So, send in a question by posting a comment to this post. It doesn’t have to be about your animal, it could be anything related to training or behavior of either wild or domestic animals. The question MUST be no more than 125 words (yep, that’s short!). Anything longer gets tossed into the bin, so keep ’em short and sweet. I’ll post all the questions so that everyone can see what’s coming in (and what’s already been asked). 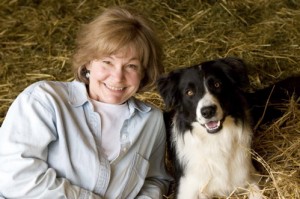