Welcome to an ongoing inquiry about the behavior of people and dogs.
Blog Home >> Animals and the People Who Love Them >> The Books on My Bookshelf

Holy moly, Batman, the books on my night stand are piling up. Here’s a sample:

OUR DOGS OURSELVES,  by Alexandra Horowitz. (Released September 3rd, but available for pre order.) This thoughtful book by the author of The Inside of a Dog and Being a Dog deserves to be read by dog lovers everywhere. I say that, full disclosure, not having read the entire book yet. An “advance readers edition” came several weeks ago, and I will admit to, at first, feeling a bit wary of how much new information it would contain. But then I started reading it, and this is, bravely and insightfully, a book that goes far beyond the usual musings about our relationship with dogs.

One early chapter is titled “Owning Dogs,” and explores our contradictory relationship with dogs–legally defined as property and yet considered by many of us to be family members and best friends. I’ve said in the past that if someone took one of my dogs it would be kidnapping, not stealing. But that’s not what the law says. This is an issue that we’ve never adequately addressed, involving many complicated considerations, and I appreciate Horowitz’s attempts to continue a conversation about it.

Another chapter looks at our country’s spay and neuter practices–no controversy there (!). The author takes this issue on full frontal:

“For me simply to bring up the topic of de-sexing for discussion will be, in the eyes of some, impermissible. So sacred is the policy–so heartfelt (and good-hearted) is the intent behind it–that one is almost not allowed to talk about it.”

But of course, she does, and asks us to look carefully at costs and benefits of our current belief in whole-scale spaying and neutering. (Note this other article that looks at the costs of spay-neuter policies.

Our Dogs, Ourselves also takes on the biology and ethics of current breeding practices, among other topics, so expect to be engaged.  Horowitz faces these controversial issues head on, and I love her for it. In subsequent posts I’ll no doubt talk about these issues, perhaps agreeing or disagreeing with the author, but grateful nonetheless that she is talking about them.

Last thing: Horowitz or her editors deserve an award for “best titles ever,” after The Inside of a Dog (from Mark Twain’s “Outside of a dog, a book is man’s best friend. Inside of a dog, it’s too dark to read.”)  Our Dogs, Ourselves is, of course, reminiscent of Our Bodies, Ourselves. Kudos.

TRANSFORMING TRAUMA:  Resilience and Healing Through Our Connections with Animals, edited by Philip Tedeschi and Molly Anne Jenkins. 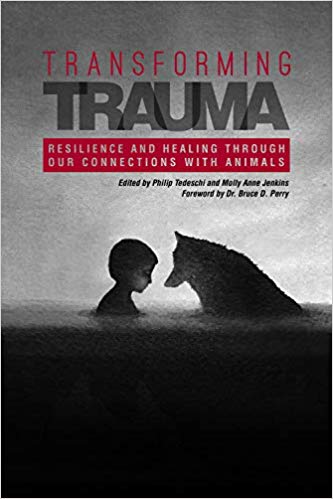 Well, this is a fundamental switch from a book like the one above, but I highly recommend it to people who are interested in trauma recovery, especially in relation to animal-assisted interactions and therapy. Those of you who have read The Education of Will are aware that trauma is a central theme is my life’s story, so this is a book that speaks to me professionally and personally. What I like about the book is its integration of kindness and benevolence, along with lots and lots of good, solid science that backs up what we know, and don’t know, about the impact of human-animal interactions in the recovery of trauma.

Actually, “The impact of human-animal interactions in the recovery of trauma” is title of the first chapter, whose lead author is Marguerite O’Haire. (Who I refer to as “The Woman Whose Talks Should Never Be Missed”). Seriously, this chapter is worth the price of the book for its summary of evidence-based research, and introducing (at least most of us), the concept of “bio-affiliative safety”, in which other animals allow trauma victims to turn off their vigilance and mechanisms of defense.

This is not beach reading. For example, in Chapter One, relating to bio-affiliative safety: “In Porges’ explorations of the polyvagal system and the concept of neuroception, we can begin to understand how the presence of a nonhuman animal interaction may offer critical information . . . “.

But that’s exactly why I am a fan of this work–we need to continue to push beyond the feel-good, rosy picture of all animals helping all people all the time, and support serious science that looks at exactly how, and how not, other animals can help us humans recover from trauma.

The other perspective that is vital in Transforming Trauma is its emphasis on never using animals in a way that discomforts or exploits them.  Here, here. 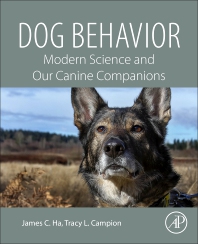 DOG BEHAVIOR, MODERN SCIENCE AND OUR CANINE COMPAIONS, by James Ha and Tracy Campion. Also not a beach reach, this book is a treasure trove of information for people who are interested in the integration of science and dog training. It includes a great deal of history and analysis of animal behavior studies, from Darwin’s interest in canine skulls, to cost-benefit analyses of decision making. It’s both practical (lots of stories from the author’s case studies) and theoretical (kin selection and dogs–who talks about that?).

What I love most about this book is based in part on my shared academic experience with one of the authors, James Ha. Both of us were trained as ethologists, and both of us spent years studying animal behavior in a general sense before we became involved in the dog world. I’ve always believed that to truly understand dog behavior, you need to understand the full range of behavior found in the animal world, so that you can put dogs in perspective. That’s exactly what this book does, and that’s why, for example, reading the chapter titled “Debunking Dominance: Canine social structure and behavioral ecology” is like a breath of fresh air. The chapter begins thus: “The social structure of a species, and hence their social behavior, is based upon resource distribution”. Oh, oh, music to my ears to see this in print. This is such an important concept to grasp, as is the fact that individuals of very closely related species can behave very differently, in part based on resource distribution. (Compare male-dominate chimps versus matriachal bonobos for example.)

Anyone who argues against “dominance or force-based training” would profit from reading this chapter, from its distinction between dominance and aggression, to the evidence that wolf packs in the wild are not “dominated by a alpha” but led by parent-like adults who take on roles of defense and hunting/provisioning, primarily based on sex.

There’s lots and lots more in this book, and I look forward to reading more of it, I’m thinking it will be a great way to start my every morning. (I tend to read fiction at night, non-fiction in the morning. You?) 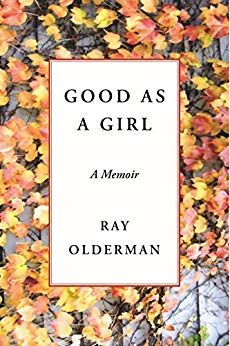 GOOD AS A GIRL: A MEMOIR, by Ray Olderman. Ready for a paradigm shift? This book has nothing, absolutely nothing to do with dogs, but it holds a special place in my heart because it was written by a man who saved my soul in college. Quite literally. I was taking his class in literature at UW-Madison and working part time at the Primate Center. Long story, but at that time, the housing conditions for the monkeys at the Center were profoundly different than they are now. And pretty awful. When I went to the person in charge to talk about what I felt were abuses, he literally told me “There is no biological evidence that monkeys can feel pain.” Yup, that’s what he said, in the mid 1980’s. I had thought that perhaps I could have some effect on the way the monkeys were treated, but it became clear that my ability to do so was negligible.

I couldn’t quit, I desperately needed the money, and I mean desperately. I could barely afford to eat. And yet working there violated everything I believed in. I stopped sleeping, and had a hard time just getting through the day. Ironically, in my literature class we were reading a book about a man who thought he could change a corrupt system by working within it, but was eventually destroyed by it. I finally went to see my professor, Ray Olderman and told him I was living the life we were reading about it. And it was killing me. And I couldn’t quit, I was beyond broke and there were no jobs available at that time of year. He hired me on the spot, finding some spare money to help him with grading. I will never forget it, and will always be grateful.

And so, I admit to a profound lack of objectivity about Ray’s book. But here’s the thing. I loved the book. It’s funny and engaging and fascinating to read about a man who was raised to believe that being a boy was a disability. Talk about a paradigm shift! Ray’s mother had wanted a girl, and had no pretense that she was disappointed when Ray turned out to be a boy. And so, at age eight, he vowed to her that he’d be “as good as a girl”. We follow Ray throughout his life trying to understand the female perspective while negotiating the complexities of Madison, WI in the 70’s, 80’s and 90’s during a time of profound cultural change.

If you’re interested in a delightful memoir about a guy who “couldn’t keep his mouth shut,”  fought the system all of his life while doing all he could to understand women, this book is for you.

MEANWHILE, back on the farm: This weekend seemed to be a celebration of small, flying animals. This bee and butterfly kept displacing each other until they finally settled into feeding on opposite sides of the Hyssop flower. 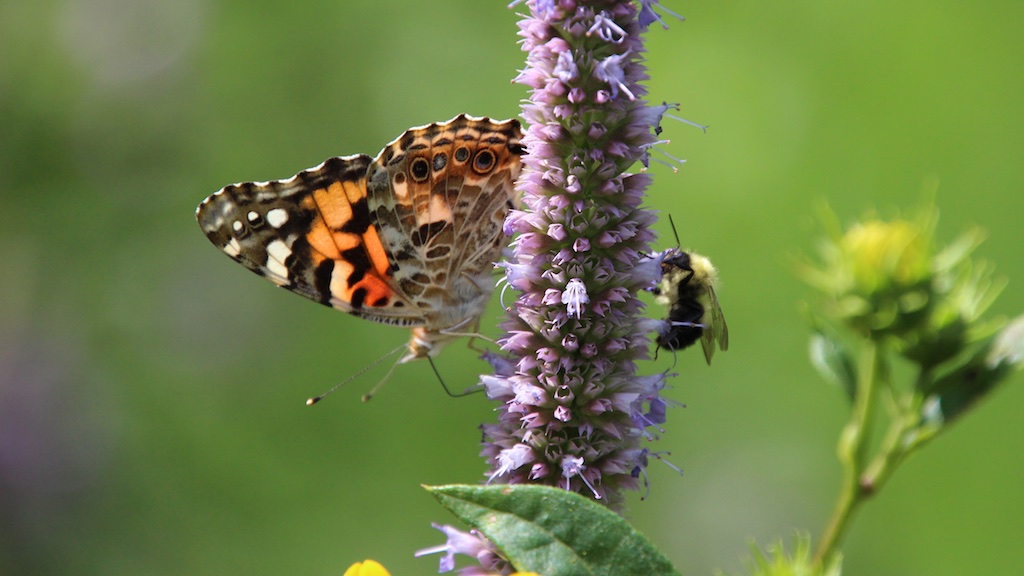 Here’s the butterfly by itself; it appears to be a species in the Checkerspot group, but I’m not confident to say which one exactly. 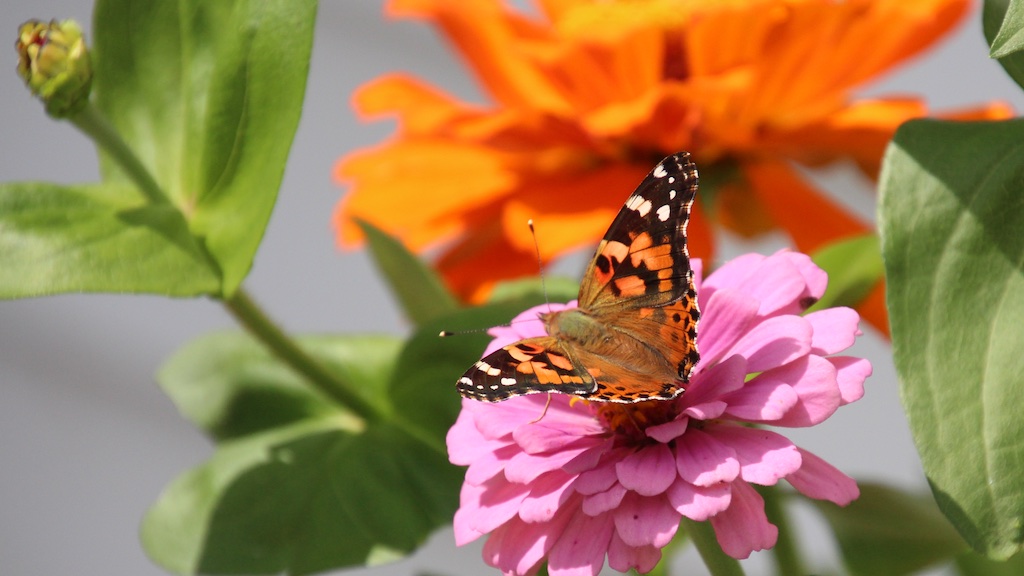 This is one of my favorite insects, a hummingbird moth. Check out the video in the link, it’s really fun. 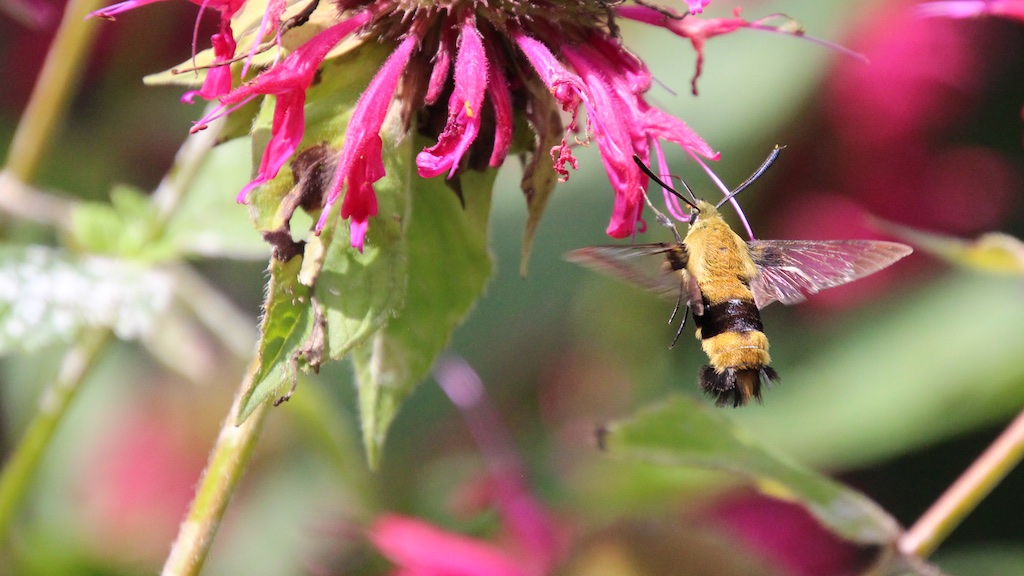 And here’s the source of its mimicry, still finding nutrition in this tacky looking Bee Balm flower. 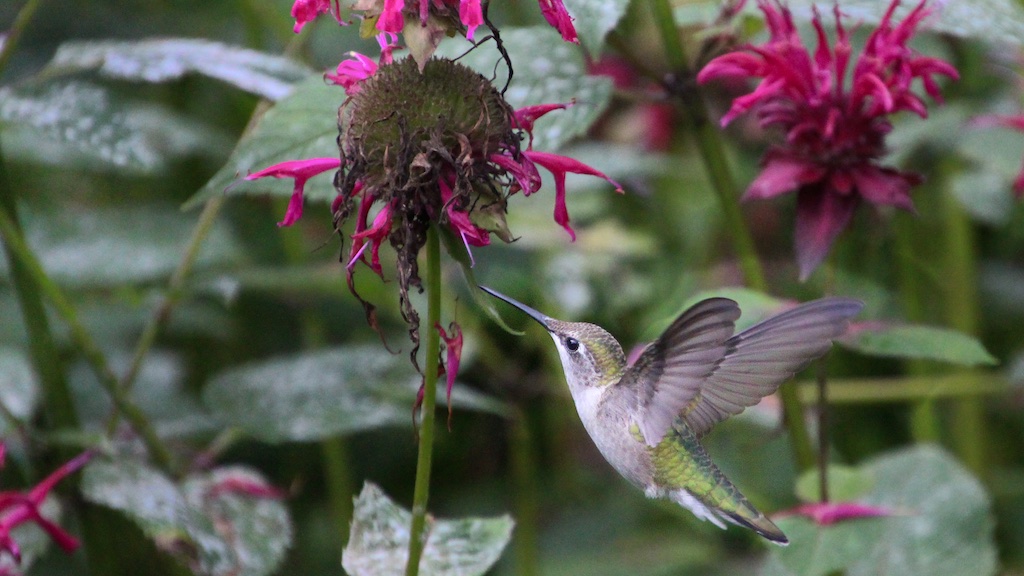 Swallowtails everywhere. Monarchs too, although I could never get a shot. I hear that Monarchs are doing better this summer (yay!), and it’s also wonderful to see so many bees out. Finally! The wet spring and early summer was so hard on them, and they have enough challenges right now. 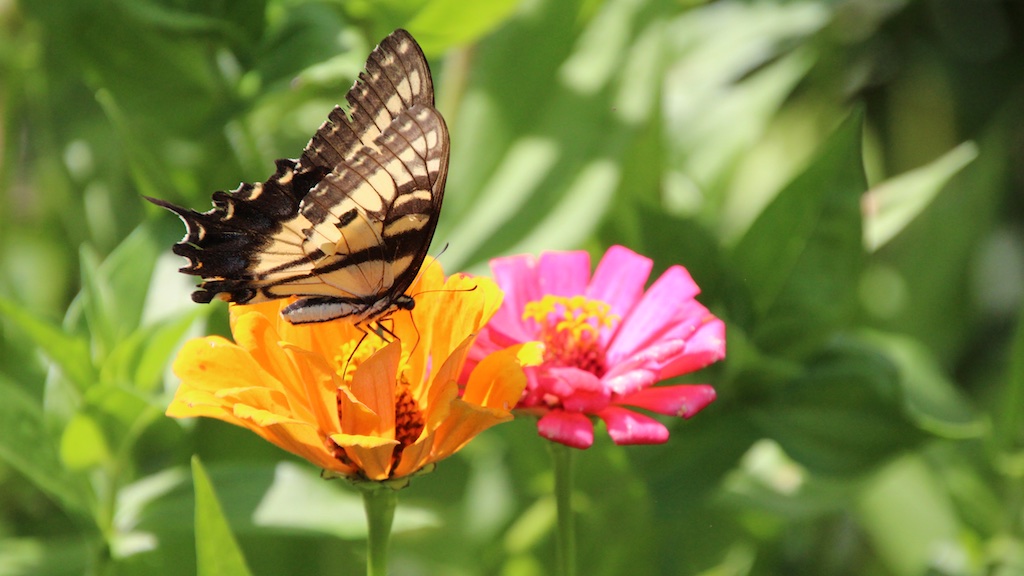 What brought you joy this week, whether a new book, animals or plants? You know I’d love to hear.

« Why I Farm, Revisited
Communication, Plus and Minus. »