Welcome to an ongoing inquiry about the behavior of people and dogs.
Blog Home >> Animals and the People Who Love Them >> The Pain of Being Alone

Ever thought of the words we use after the death of a beloved dog? We talk about the “pain of loss,” and “healing” from the grief. And what do we do for someone who has lost a dog, or a dear friend or family member? We do the same things for them that we do if they’ve had major surgery. We bring them food and flowers. We hug them and tell them that they are loved. 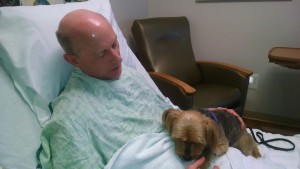 These connections between physical pain and grief aren’t random, as I learned when I first read Jaak Panskepp’s Affective Neuroscience: The Foundations of Human and Animal Emotions. Panskepp, is one the world’s leaders in the neurobiology of mammalian emotion, and has much to tell us all about the subject. (Not beach reading, I’m just saying.) Reading the book, I found that what is often called “social pain” is registered in the brain in the same way as is physical pain. “Separation distress” activates the dorsal anterior cingulate cortex, as does physical pain. There’s more: drugs that alleviate physical pain also work on social pain (i.e., feeling lonely, feeling rejected by others). The opposite of social pain–social support, reduces the perception of physical pain. That’s one of the reasons why animal assisted therapy and interventions are so therapeutic. The connections go on and on; the more we learn, the more we find that physical and social pain are more alike than they are different.

All of this information was highlighted by an insightful and important talk by Dr. Frank D. McMillan, DVM, at the Interdisciplinary Forum on Applied Animal Behavior a few weeks ago. Dr. McMillan is the Director of Well-Being Studies at Best Friends Animal Sanctuary and the author of the book, Unlocking the Animal Mind. He has won my heart and mind by focusing on the emotional health of animals, and is the country’s leading expert on the effects of psychological trauma in animals.

McMillan began his talk by reviewing the evolutionary pressures that drive us to seek companionship. All highly social mammals, dogs and people included, do better in groups. Being separated increases our chance of injury and death. That’s true for a wolf in northern Wisconsin, and it’s true for an elderly person who we know will have a longer life if he has a “village” to keep him company. That’s why selection has favored a system that makes being alone feel bad, and being in a group feel good. We all know how vital this is, even us introverts who need a lot of time alone. “Shunning” is used as an extreme punishment in hunter/gatherer societies; we use “solitary confinement” as the ultimate punishment for social transgressions–a practice so extreme it is seen as torture by some (me included). On the flip side, we intuitively gather around people who are grieving, reaching out to them to let them know that they are not alone.

All very interesting, but how does this apply to our dogs, and the other animals we interact with on a daily basis? That’s where McMillan’s talk, and current research, is so important. Here, straight out of his talk (with his gracious permission and some of my additional comments) are what he sees as the implications of the connection between physical and social pain: 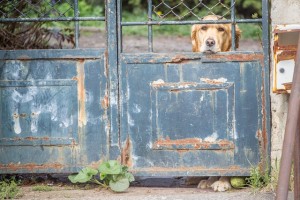 Housing of social animals–surely it is cruel to keep social animals in “solitary confinement? Think of dogs in isolated kennels, dogs chained outside, horses in stables, animals in zoos, etc. I’d argue that we need to rethink the animal cruelty laws given the clear connection between physical and social pain.

Breaking/severing bonds–buying, selling and trading animals like horses and pet dogs, transferring animals (like elephants) between zoos. [A note here: I’d argue that we must take these bonds into consideration, but also balance them with other factors. I’ve had so many clients whose dogs desperately needed to be in another home to be happy, but the owners felt that finding them another home would be a betrayal. In those cases, I saw re-homing the dog as the kindest thing they could do. Balance, balance, balance….]

Redefining abuse and neglect–why the focus only on physical injury in legal cases? Domestic dogs aren’t just “social,” they are exceptionally so. We know, for example, that shelter dogs form social bonds with a caretaker incredibly quickly. It appears that one thing that makes dogs so special is their ability to form strong social bonds with people, even stronger than those with members of the same species. It’s what makes some of them suffer from Separation Anxiety. Thus, McMillan argues, we need to think approach the social pain of dogs as we would care for an individual with an enhanced ability to feel physical pain.

Training and discipline–We need to rethink how we define “no punishment” training methods, in which attention or one’s physical presence is withdrawn. [I’m reminded of the policy at Natural Encounters; they never use “Time Outs” as a way of trying to influence behavior in the belief that there’s virtually nothing “positive” about it.]

Lots to think about here, yes? I’d love to hear your thoughts on this topic. I imagine that it will take many a year for our legal system to catch up to the science behind this information, but kudos to Dr. McMillan for his research and education on these issues.

MEANWHILE, back on the farm: Wait! I’m not ready for this warm, spring-like weather. I have a long list of “winter projects” that I haven’t finished yet.  But then… I never do. And who can complain about temperatures in the 50’s in March in Wisconsin? Well, I can worry a bit about global climate change, and whether all the fruit tree buds will be ready to unfurl, only to be killed by the thermometer descending into single digits. But, worrying won’t help, so I’m enjoying it while I can. Mud…

Maggie and I are working as much as we can, her first trial is in a little over two months and we have lots of work to do. It’s critical for a dog at her stage of training to work with new sheep in new places, so we’ll be out and about as much as I can spare the time. Here we are at friend Donna’s working on driving: 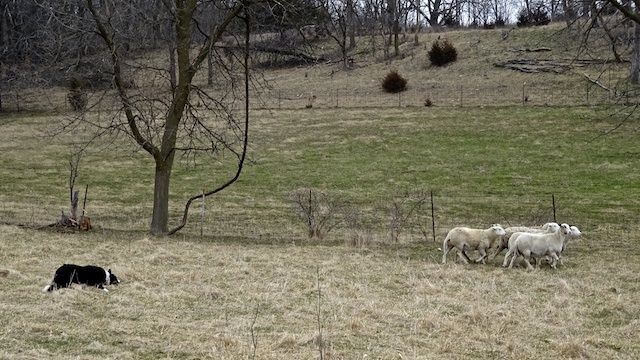 Lambing is right around the corner too. Our flock just got shorn this afternoon, in preparation for lambing later in April. I don’t like them being shorn too close to lambing, but you don’t want to do it when it’s too cold either. Hopefully, today will be just right. By the way, the first due date for lambs is April 6th. That’s when Lady Godiva’s lambs are due. But of course, the lambs will come when they are good and ready, just like babies. I’ll keep you posted.

Here’s a shot of what the wool looks like as it comes off. Lady Godiva is an old pro at this; she pretty much lies still til it’s over. But then she gets grain and hay. Yummy. 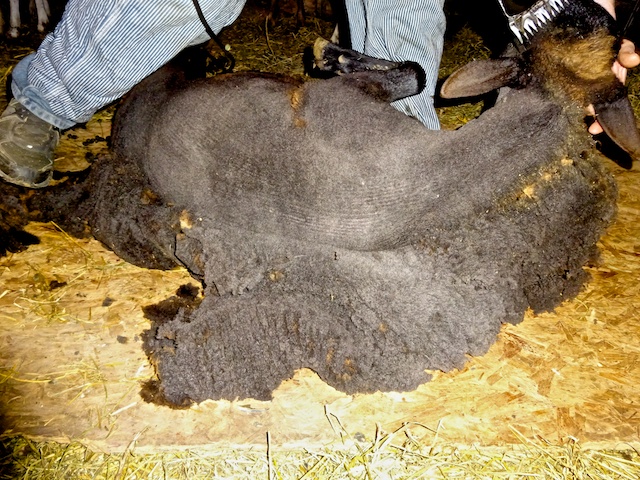