Welcome to an ongoing inquiry about the behavior of people and dogs.
Blog Home >> Animals and the People Who Love Them >> The Thunder from Up Over

Last week we had one hell of a thunderstorm in the middle of the night, and for only the second time in five months, Skip barked in his crate. (The first time he had diarrhea.) Skip is normally a dream dog in his crate. He goes in happily, lies down and goes to sleep. Skip has been a “downstairs dogs” since he came, at first because I followed generic house training rules to introduce him to one area of the house at a time, and then he injured himself and couldn’t go upstairs at all. So right now he sleeps downstairs in his crate, while all the rest of us sleep upstairs. (Upstairs privileges are on the agenda for this month.) 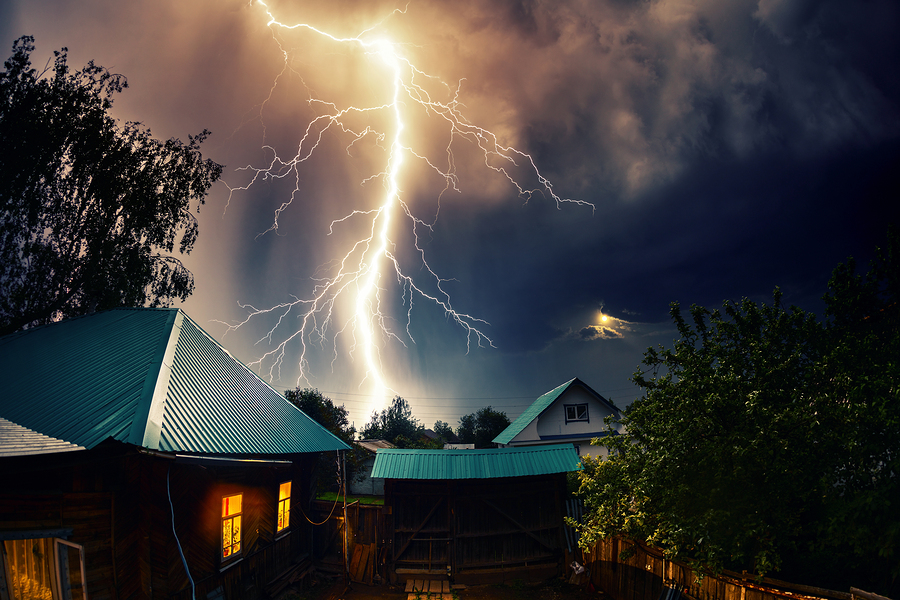 While I blearily decided what to do, it being 2 AM, Skip let out a heartbreaking howl after an especially loud boom, and I scurried downstairs and began a counter conditioning program. It’s easy, if you can call anything easy at 2 in the morning. Skip and I lay on the rug, and every time it thundered I said “Thunder Treats!” and gave him a treat. The idea is as simple as the execution–teach the dog that thunder means something really good is about to come. Classical counter conditioning is a powerful tool, and I didn’t hesitate it use it right away at the first sign of Skip being afraid of thunder.

I’ve had great luck with it with my own dogs, and also with hundreds of clients. It was heartening, but no surprise then to see that a survey of dog owners found it to be more effective than other methods of treating thunder phobia. You can read about it here in Zazie Todd’s Companion Animal Psychology blog, where she writes about a study that finds classical conditioning and “relaxation therapy” to be the most effective method of dealing with thunder. (As described by owners.)

Of course, it’s not simple if your dog is so frightened that he won’t take food. In that case, you have to start at a much earlier point. I wrote the steps to take in a post of mine from May 2009. I include them here because thunder season is starting here in the Midwest, and if there was ever a time to jump on it, now’s the time. (I highly recommend doing this to prevent thunder phobia if you live in an area with a lot of thunder storms.)

Counter Classical Conditioning: This is the first treatment I recommend, and it is especially effective in mild or moderate cases. I’m doing it now to prevent thunder phobia in Will, who is one of the most sound sensitive dogs I know, but so far has not reacted with any anxiety to thunder. In this paradigm (described in a a general sense in The Cautious Canine), you pair something the dog adores (food or play best) with a damped down version of what scares him. Your goal is to condition your dog to associate thunder with something he loves, so that his emotional response to the loud noise is “Oh boy!” rather than “Oh No!”

To get this to work:

Back to the present: More thunder is expected this week, so I’ll be cooking up some chicken and getting other treats ready for Skip’s counter conditioning. There’s lots more to read on this topic if you’d like, I’ve written several posts about this topic, it being such a critical issue here in thunder alley. You can read about it (and my changing perspectives) in blogs on  May 8, 2009, and June 26, 2018, or go to the Learning Center in my website.

I should also mention, that since I wrote those earlier blogs, a new medication, Sileo, specifically designed for noise phobias has been released. Several people commented in earlier blogs that they had found it helpful. I’ve personally had no experience with it, so chime in if you have.

MEANWHILE, back on the farm: Picture perfect weather allowed us to have a picture perfect night in the tent on Saturday night. I wouldn’t say it was the best sleep we’ve ever had, due to the nearby, and seemingly unceasing, chorus of coyote yips, howls and tremolos. Tootsie, by the way, seems to love the tent because she gets to sleep in the bed all night. (Another reason why sleeping in the tent is not the place for a good night’s sleep. Toots is not allowed on the bed in the house because she has fallen off of it, landing in a terrified, and terrifying, thump at dark-thirty in the morning.) In the tent we surrounded her with pillows, and carefully arrange our legs on either side of her and try not to move much.) Speaking of picture perfect, the dogs lined up like this on their own while Jim was building a fire, and if it didn’t call for a photograph, I don’t know what does. 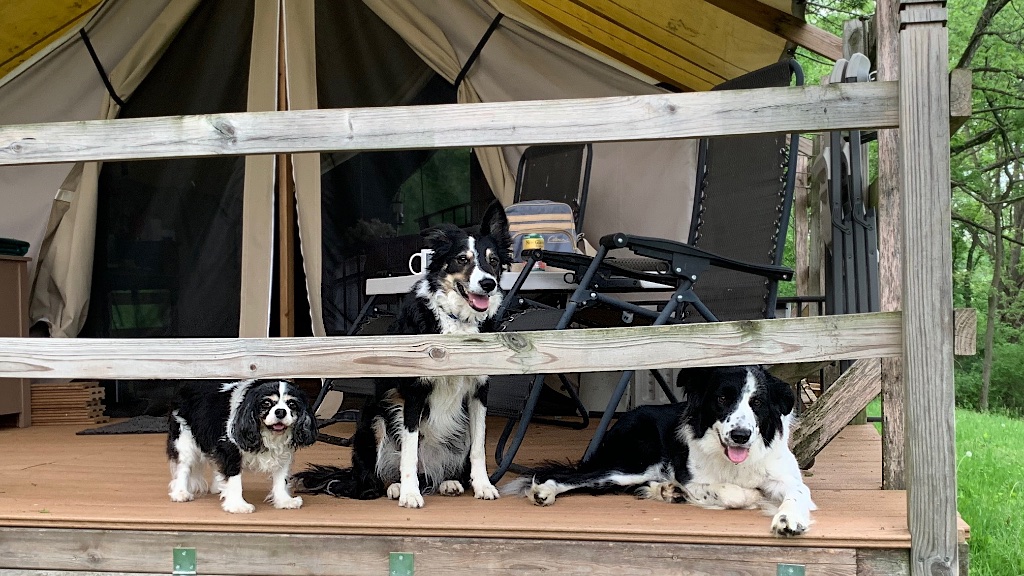 The colors this time of year are so rich and varied. I loved this simple view of our Lilac tree in front of the light green Sunburst Locust. 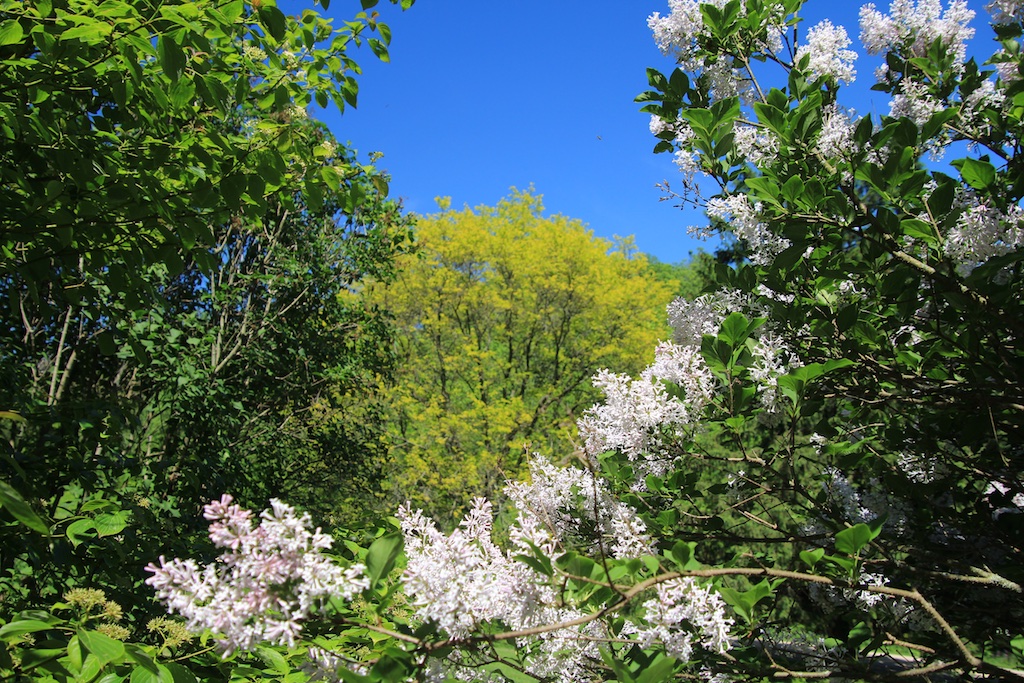 Speaking of color, we have one Tree Peony bush that blooms for just a few days in the heat, but oh my, when it does . . . 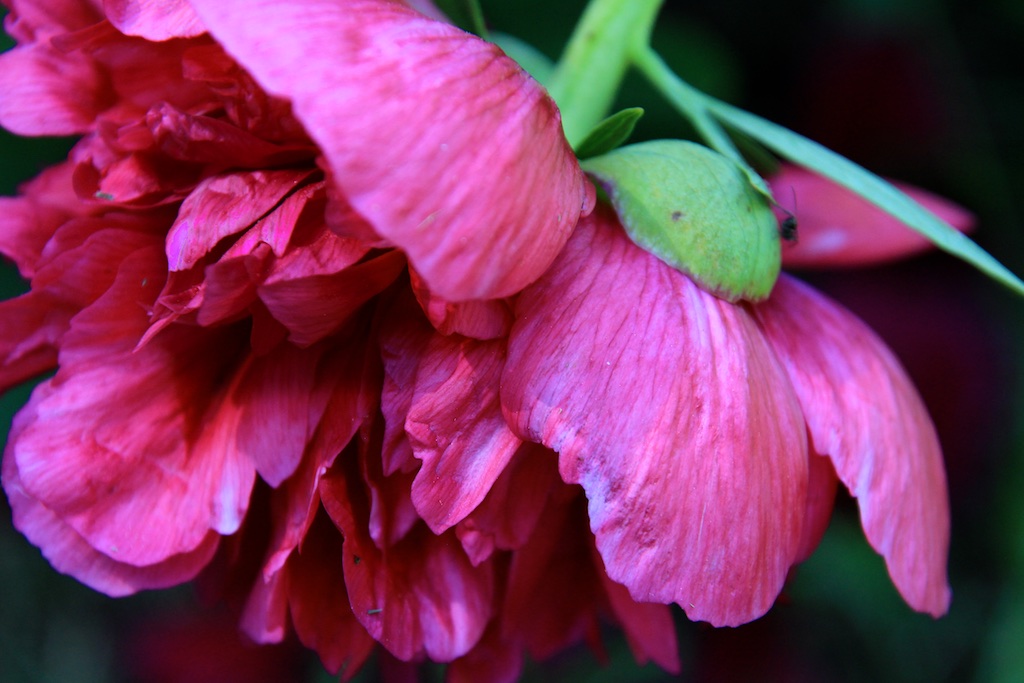 The butterflies and bees are out in abundance now. Last night, a pair of Swallowtails flitted over and around my head in what I am guessing was a mating dance. They were so busy getting busy that they were oblivious to me–I expected them to alight in my hair while a bluebird perched on my shoulder and Bambi nuzzled my hand. Here’s one busy gathering food. 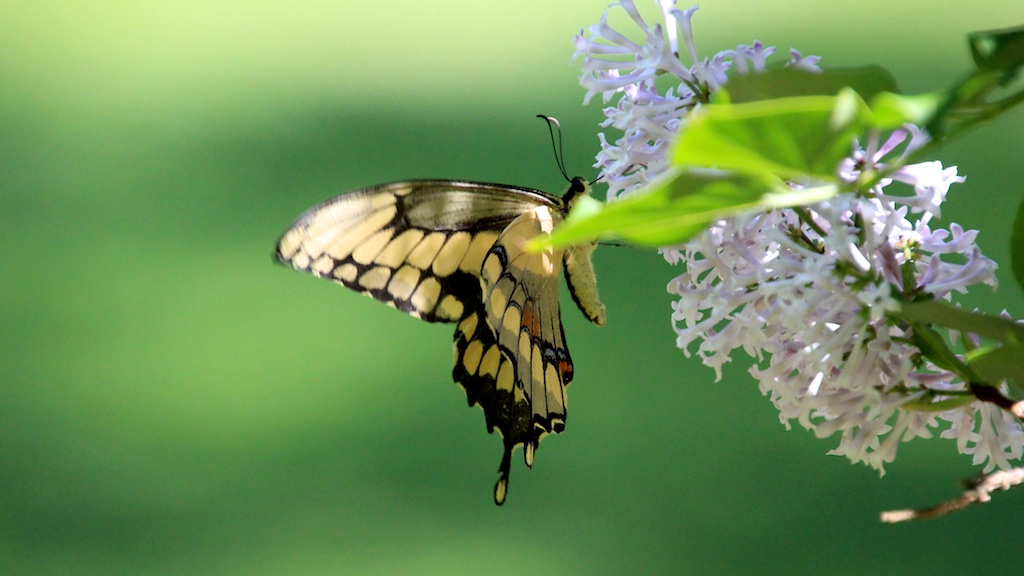 One more thing before I go. I have made it a point to avoid anything even vaguely political in this blog since its inception thirteen years ago. That decision was as much for my sake as for others; I wanted, and still want, this site to be a place that provides knowledge about human-animal relationships, and the joys and challenges of this remarkable miracle that we call life. Disagreements and controversies regarding training methods and beliefs have always been welcomed, as long as they are done with compassion and respect.

However, the events of the last week and a half in our country are so huge, and so critically important, that it feels unethical to ignore them here. I have struggled how to handle this for days–say something or say nothing? I’m aware that having a public forum is an honor, and should not be taken lightly. There are reasons for me to continue staying out of current events even today. I’ve received many comments over the years from people thanking me for keeping the tone and focus off of anything that doesn’t relate to animals and animal behavior.

But I have to say something today about what’s going on in our country–our poor, challenged, partially broken country. I just have to. Here is all I’ll say here: Jim and I believe that enough is enough. That there is deeply ingrained racism in this country that has been highlighted by the brutal, and heartbreaking, murder of George Floyd. That police departments need more support for community policing, for cops who bravely call out colleagues who betray the public’s trust, and less emphasis on violent, aggressive behavior. Jim and I are doing our parts as best we can. We’ve marched with protest signs in a small group of socially distanced friends. (Afterward I thought I should have made a sign that said “Old people for Equality.”) We’ve made numerous contributions to organizations that we feel are working toward positive and realistic changes. I’ve been involved for the last year in encouraging every citizen to vote, and I will redouble those efforts. We read and talk and listen and question and keep asking ourselves “what else can we do?”

I say this not expecting any responses; I just needed to say it. I apologize for breaking the “rules,” but as the duck said in the movie Babe, “That’s a good rule. But sometimes rules need to be broken.” I’ll post short comments related to this that are compassionate and respectful, but promise to avoid letting the blog be overwhelmed by controversy.

Thanks for hearing me out. Stay safe friends; let’s be careful out there.