Welcome to an ongoing inquiry about the behavior of people and dogs.
Blog Home >> Animals and the People Who Love Them >> Things We Do To Confuse Dogs 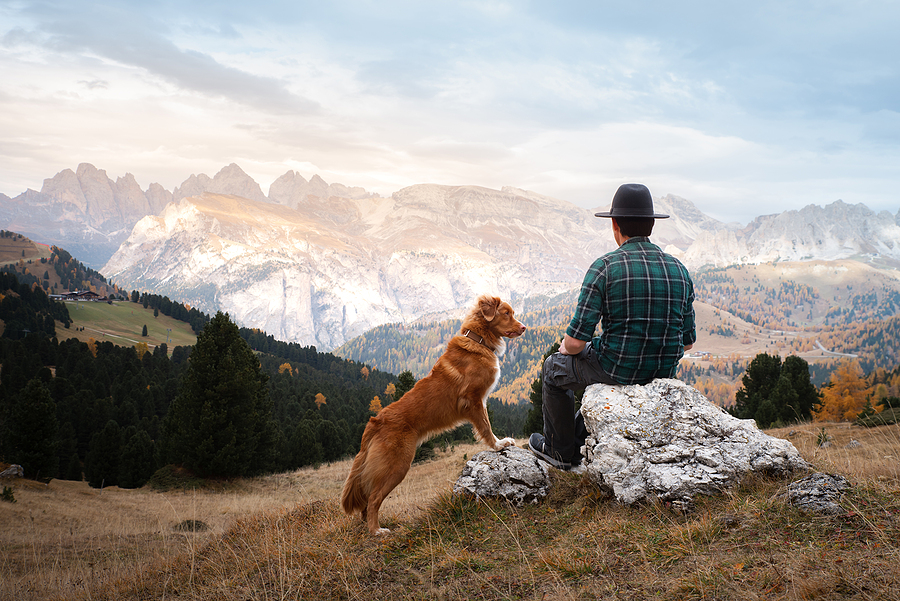 (Excuse me, there’s a growth on your head. Is it dangerous?)

Recently I read an article in Bark Magazine titled “8 Things We Do That Really Confuse Our Dogs.” Written by Melissa Starling and Paul McGreevy, (and originally published in The Conversation), the authors lists several points to which I say Hear Hear! (And some I question; read on.)

One of my favorites, because it is not intuitive, is #3: We change our shape and smell. I’ve written often about this in the past, observing over years that dogs don’t seem to get the concept of “removable parts.” And why would they? They don’t decorate their bodies like some animals, nor do they pull on rabbit fur hats if their ears get cold. However, they do make additions to their natural scent, as any owner of a committed “roller-in-horrible-stuff” knows, and their scent changes with fluctuations in their physiology, so I’m not as sure about scent being an issue as much as shape.

Another favorite is #4: We hug. (Or we did in the Before Times.) This is another well-known example of differences between people and dogs, and this one, unfortunately, can cause dogs to bite. Dogs aren’t as much confused by hugs as they are made nervous by them.  But oh, how people resist being told not to hug; as I write in The Other End of the Leash, it seems to be part of our DNA. Below is a photo given to me by a seminar participant. Says it all, right? 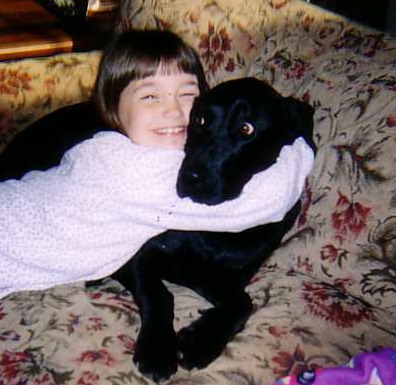 But I think my all-time favorite is #5: We don’t like to be bitten. It’s my favorite because 1) It’s true, and 2) I’ve never thought of it quite that way, and I love looking at the world of people and dogs in new ways. Last night I watched Skip and Maggie play in the house, play biting and mouthing each other all over their faces and paws. It’s just what dogs do. But us? Not so much. There might be a certain amount of playful biting that occurs between frisky humans, if you catch my drift, but not much, and certainly not between individuals who are just, uh, buddies. How confusing it must be to puppies when we yelp, as if terrorized or badly damaged, to teach them not to bite on our hands or tug on our pant legs. I’d love to know what they think about it. 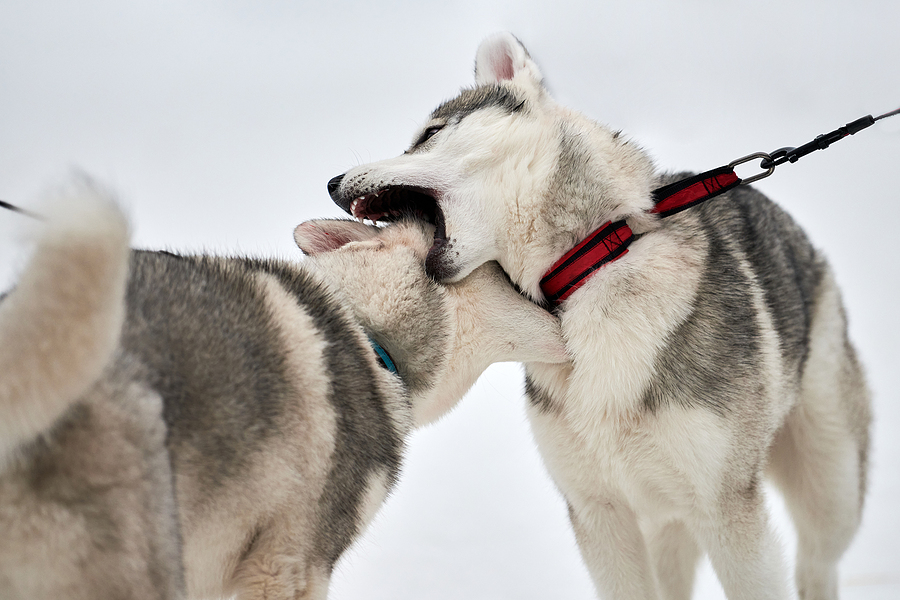 I do not bite my friends on the neck. You?

I’d REALLY like to know what they think about #6 on the list: We don’t eat out of garbage bins. But I suspect that I do: “My humans are INSANE. They pass by GREAT food ALL THE TIME and completely ignore it. And THEY WON’T LET ME EAT IT. What the hell is wrong with them?” I’m pretty sure that Maggie thinks I keep her away from cat poop because I want it for myself. But then, does she wonder why she never sees me eating it? Does she think I am caching it for the apocalypse?

There are a few points on the list that I think ask for more discussion. The first is #1: We Leave Them Alone. We do indeed, but is this really such an unfamiliar concept to dogs? Wolves often leave an adult behind at the den. (Although, granted, they aren’t really alone if they are watching over puppies.) Wolves explore and investigate on their own sometimes; otherwise we wouldn’t see videos of single wolves being killed or attacked by members of another pack when they stray into their territory. Yes, sometimes single wolves have left the pack looking for a new territory, but not always. Closer to home, genetically at least, village dogs are often on their own. What perhaps is atypical is being together from sun down to sun up, and then having all the humans (adults?) leave during the day. Certainly there are no small number of dogs who panic about being left alone, poor things, but I suspect that is as much about being helpless–locked into a house with no access to food or an approved bathroom–as being left alone. Or perhaps not, Separation Anxiety is no doubt a serious ‘behavior problem” and needs to be prevented if at all possible.

But most of all I want to talk about point #2: We are visually driven. Yes we are, but then, so are they. Dogs may have olfactory abilities that we don’t, and scent is an important aspect of how they explore and understand their world, but they too are highly visual. Otherwise, they wouldn’t be so affected by us putting on hats, would they? In my experience, relationships between people and dogs suffer greatly because so many are not aware that their dogs are watching them closely. They say Come! but move forward and block their dog from obeying. They think their dog knows Sit to a word, but it’s really a visual signal that the dog has learned.

I see I’ve buried the lead here, because along with hand claps for a mostly great and helpful list, this one point really does need to be clarified, especially to people who are new to dogs. The more aware we are of how we move our bodies around dogs, the more dogs will understand us. Dogs are visual creatures, and a picture is worth a thousand words to them too.

I expect you have your own good list of how we/you/anyone is confusing your dog(s). I’m all ears. And eyes. And nose, sort of, a little. 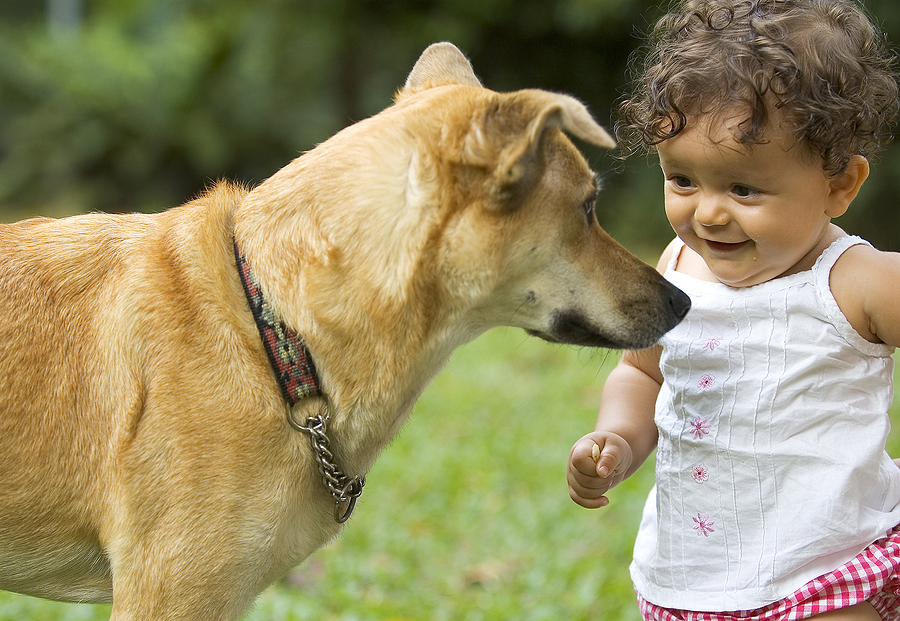 MEANWHILE, back on the farm: Blursday, a truly great new word if there ever was one, fits our weather too. Lots and lots of days of grey, gloomy weather. The sun came out a few days ago, and it was as welcome as a walk on the beach. Well, no, not even close, but a girl can dream.

Our poor barn has been in major surgery now for three weeks, but the end is near. This is the last wall that was taken down and replaced; high hopes it will all be done by the end of the week. My work will start in spring–besides the painting and cleaning, I’ll be trying to get grass to grow on soil compressed by ton after ton of concrete being moved across it. Maybe we can have a Barn Warming Party in summer if there is enough vaccine to go around. Now that would be fun. 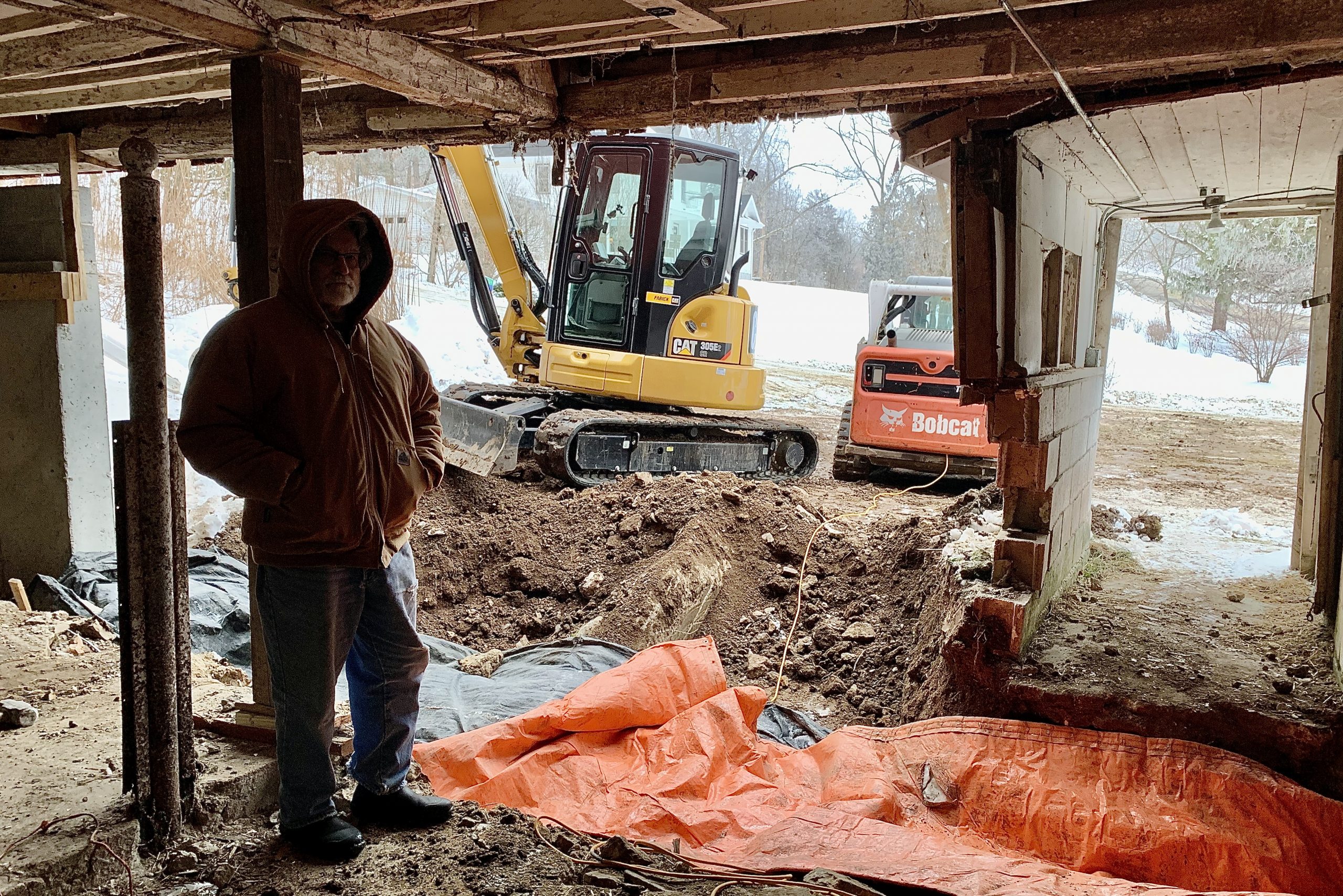 Cheering up the gloom are the winter bulbs I bought from White Flower Farm. Here are some starting to add color to the house: 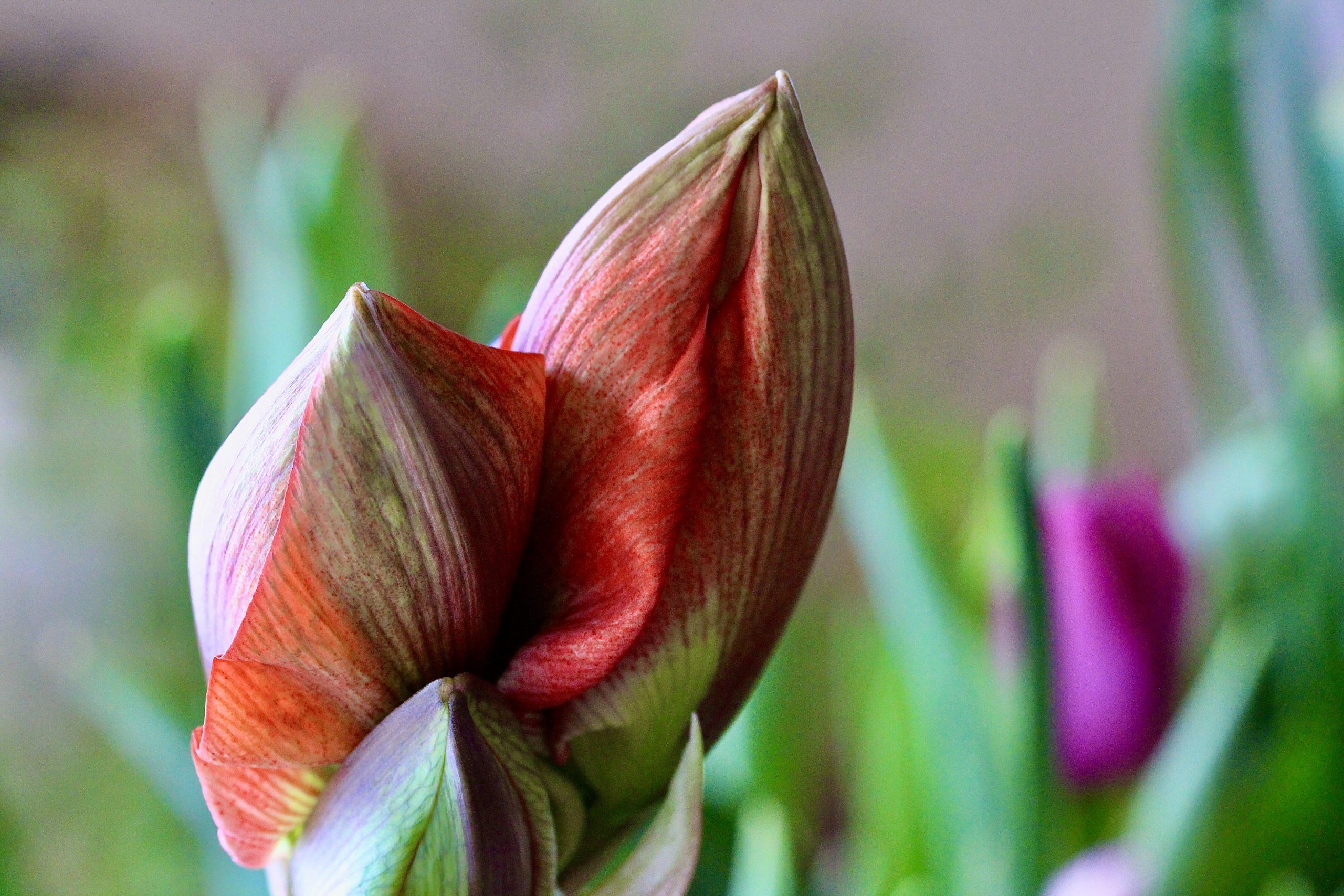 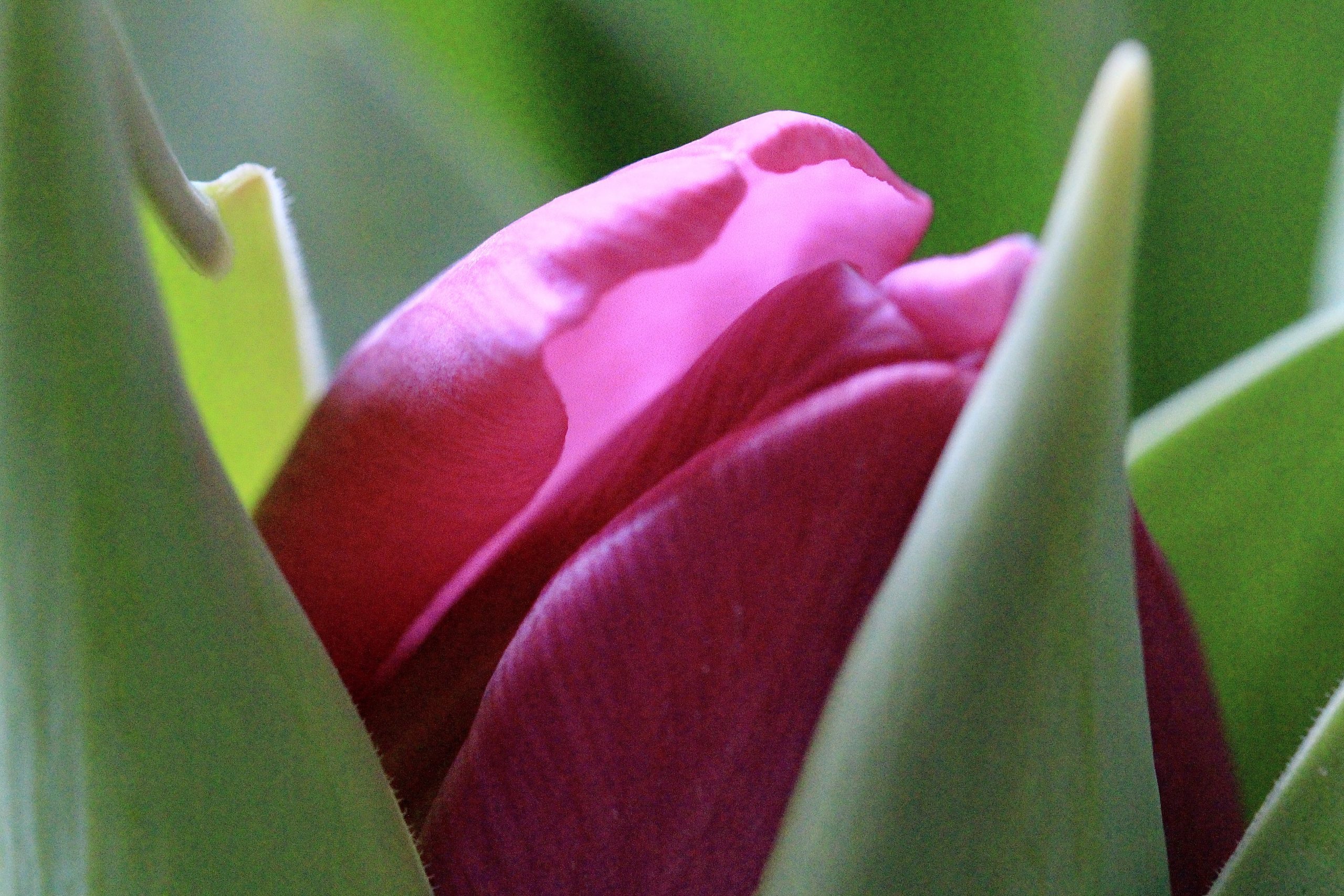 Some nice morning sun up the hill behind the house. More predicted for the next few days. Yay! 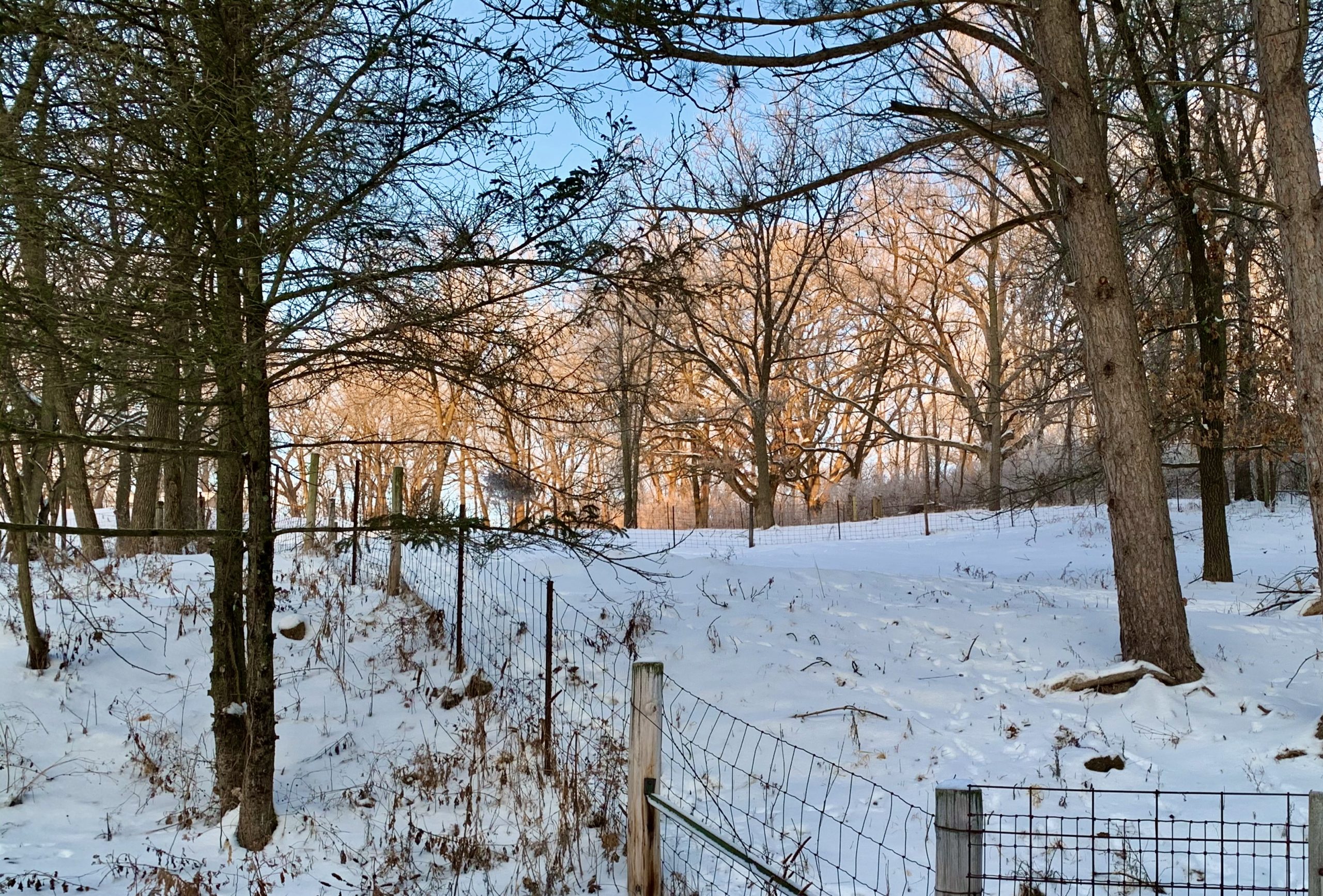 May there be literal and metaphoric sun in your life this week too. We certainly all need it.

« What Are You Going to Do With Your One Precious Life?
“Recovery Collars” After Surgery–Do They Work? »