Welcome to an ongoing inquiry about the behavior of people and dogs.
Blog Home >> Animals and the People Who Love Them >> Trial of Tears: Wisconsin’s Dangerous Hunting Laws

(Warning: This is not a happy holiday tale. I write it only because it is about an important issue, and something I’ve been involved in for almost two years. I wish more than I can say that I didn’t feel a need to tell you this story.)

On January 22nd, 2016, Frannie and Gary were shot and killed by a coyote hunter. Frannie, a joyful, luminous Husky, was shot in the chest. Her lungs collapsed, and she died on the trail at Badfish Creek Wildlife Area in Dane County, WI.

Gary, described as a 75 pound, slap-happy, yellow-furred, Mastiff cross, was shot from behind. His pelvis was shattered, and he died a few days later after extensive efforts to save him.

The hunter, who thought the dogs were coyotes, was charged with two misdemeanor counts of mistreatment of animals and one count of reckless handling of a firearm. At his trial this week in Madison, WI, proceedings were paused because the court reporter began crying as the dog’s owner, Veterinarian Dr. Deanna Clark, described the heartbreak of leaving Frannie on the trail as she died in order to try to save her other dog. She thought Gary might have a chance to survive. He didn’t.

Heartbreaking doesn’t begin to describe this case. Dr. Clark loved Frannie and Gary like I love my dogs, and like many of you love yours. In court, she described her dogs as “her life.” She was running them that night, with reflective vests on, in preparation for a 200-mile skijoring race in one of the few places where dogs are allowed to be off leash in Dane County. The sign at the entrance to the area says that hiking and skiing are allowed and that dogs are allowed most of the year, except during the spring/summer nesting season of some ground-nesting birds. That’s not all that is allowed at Badfish: You can hunt coyotes there too, day or night.

You couldn’t set up a recipe for heartbreak better if you tried: Allow rifle hunting at night, when it’s dark and difficult for a hunter to identify his target. Allow night hunting of coyotes, canids who are often mistaken for domestic dogs or wolves. Allow rifle hunting in areas that also encourage hikers, dog walkers, star gazers and bird watchers. Allow rifle hunting (and trapping) in areas that, prior to a new law passed in 2015, were previously 100% safe for those of us who love the out doors, who cherished being able to share them with all of our loved ones, whether two or four-legged.

This is why this case is not just about a locally beloved veterinarian and the unbearable death of her dogs. She and I now live in a state where safe access to public land, including in county parks and associated areas, has been so compromised that many of us have lost the ability to enjoy the beautiful land in which we live. The current legislature is obsessed (there is no other word) with hunter’s rights and their access to every possible piece of public property, including land where hunting was historically not allowed. The “Hunting Heritage Bill” of 2012 opened up our state parks to hunting and trapping. The WI Department of Natural Resources authorized year-round 24/7 coyote hunting in areas utilized by hikers, skiers and bird watchers. As of 2015, over 97% of DNR property is now open to hunting and trapping, along with 5 million acres of federal and county properties which previously did not allow hunting. The results have been predictable: Several dogs were shot by coyote hunters in 2016, and over 90 dogs were caught in traps.

But the beat goes on. This month a law has been proposed to exempt hunting hounds from having dog licenses and proof of rabies vaccinations carried by their owners while hunting. These dogs are allowed to run loose across the countryside, far away from their owners, and out of their control. (However, all non-hunting dogs, including dogs who are never let off leash and who live in the city, must show proof of a license and rabies tag.) Another law would make it illegal to enforce any and all laws relating to endangered species (read “wolves”). Wrap your head around that: The only way to enforce the law is to break it. To quote a line from the play, Hamilton, “The world turned upside down.”

I am grieving for what all of us in Wisconsin have lost. Dr. Clark is no longer able to enjoy walking outside. Neither am I, at least off my own property. Because of the new laws that opened up so much public land to hunters and trappers, most of us have no idea where it is safe to walk, whether with dogs or without. According to trial testimony by a DNR warden, it was not legal for Deanna to have off-leash dogs in Badfish Creek. However, he agreed that the sign at the entrance suggested the opposite. In addition, according to a representative from Dane County Parks who spoke at a community education event I attended, it IS legal to have dogs off leash in such areas. As a matter of fact, he told me in person that he runs his dogs off leash in similar areas. Confused? Who isn’t? As a result of this confusion, many of us have significantly curtailed our use of public land, land that used to be closed to hunting and trapping.

And that is everyone’s heartbreak. Our land has been stolen from us. I say that in complete support of responsible hunting. As a biologist, I have no problem with the responsible use and management of game animals. I have venison in my freezer. But there is nothing responsible about the state of Wisconsin opening up millions of acres of public land to uses that inherently create risk, and has the effect of keeping most citizens of the state out of our own public lands. My only hope is that the deaths of Frannie and Gary will not be in vain, and lead to a reconsideration of these contradictory uses of public land in Wisconsin. Here’s to the two of them, may their joyful, trusting spirits that live on in Dr. Clark’s heart prevent more tragedies in the future.

Here is a photo of Frannie and Gary from Dr. Clark’s Facebook page: 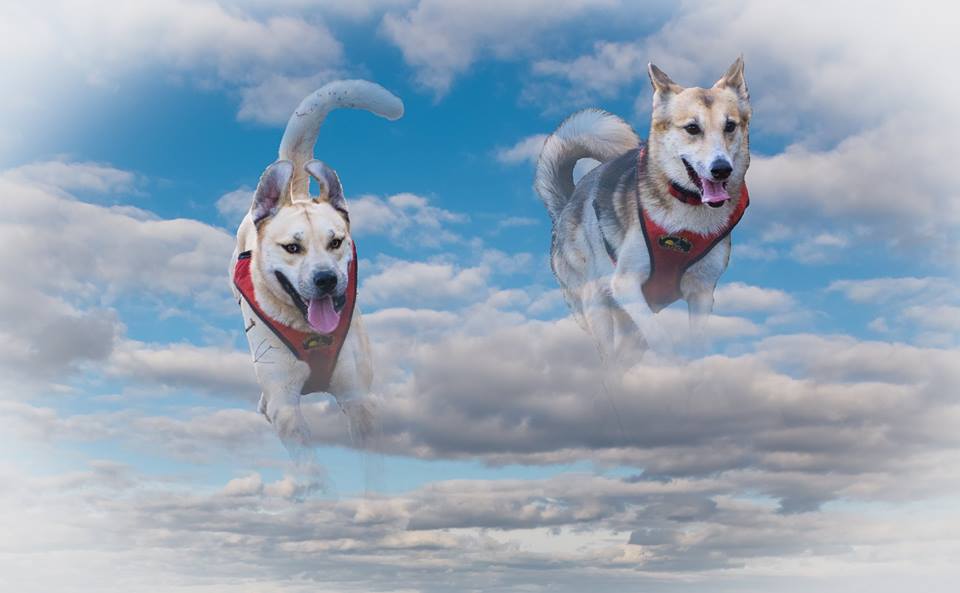 [Note: Two things. First, you may be wondering what you can do. I am too. Right now, the best course of action for citizens of Wisconsin is to contact your local legislators and talk to them about this issue. You can also stay tuned; after the holidays I’ll be working with others on this issue and I’ll keep you posted. Second, the jury found the hunter, Kurt Rausch, guilty of one count of mistreatment of animals. Sentencing will be in February of 2018.]