Welcome to an ongoing inquiry about the behavior of people and dogs.
Blog Home >> Animals and the People Who Love Them >> What are Misty and Gypsy Telling Us About Stress Signals?

Misty, My Little Misty, aka MistyCuffs (no idea where that came from) was afraid of dogs she’d never met. She was one of those dogs who wanted to be in control all the time, and yet had no self confidence to go along with the power. (I called her the Richard Nixon of dogs.) I’ve used this video for years in seminars and speeches, but thought it would be fun to talk about it this week with the village.

Misty’s signs of discomfort are more than clear, especially the tongue flicks and “whale eyes,” but I’d love to hear what else you see in her expressions that are other signs of distress. (And be patient with me; I had just found a machine on campus–this was in the 80’s–that allowed me to slow-mo the video! Whoo Hoo!) What, for example, do you think of her tooth display? If you saw that, and nothing else, how would you evaluate it? Offense? Defense?

(Note: I recorded this video back in the 80’s, when I was first beginning to give talks and do seminars on dog behavior, and needed an example of “whale eyes.” I have apologized to Misty, being circled by a Great Dane, ever since, but can assure you that we did lots of counter conditioning afterward, and she relaxed beautifully. Misty went on to be comfortable around other dogs. However, she never relaxed enough around heavy sheep, and would fly into them in a panic if they turned to face her. She would leap for their heads and bite down on their left ear (never the right). Needless to say, she was retired from sheep herding at an early age.

And now, for more subtlety, meet Gypsy, the dog in the middle in the photograph below. It was taken by professional photographer Steve Dalgren, of Dog Grin Photography, during a play session with three dogs.

Steve sent me this photo and asked what I thought of the expression of the dog in the middle. I thought it would be fun to put that question to you. What can we, if anything, discern about Gypsy’s internal state or her next action, while not knowing anything else about her? Of course, we know that we are just guessing, and we know that any still photograph conveys very limited information. But still, there’s value in making our guesses, especially in terms of how we would respond if we looked up and saw our dog with the same face as Gypsy’s, in the same context. Of course, we don’t know Gypsy. But what if it was your dog on the right and you saw Gypsy’s face? How would you react? 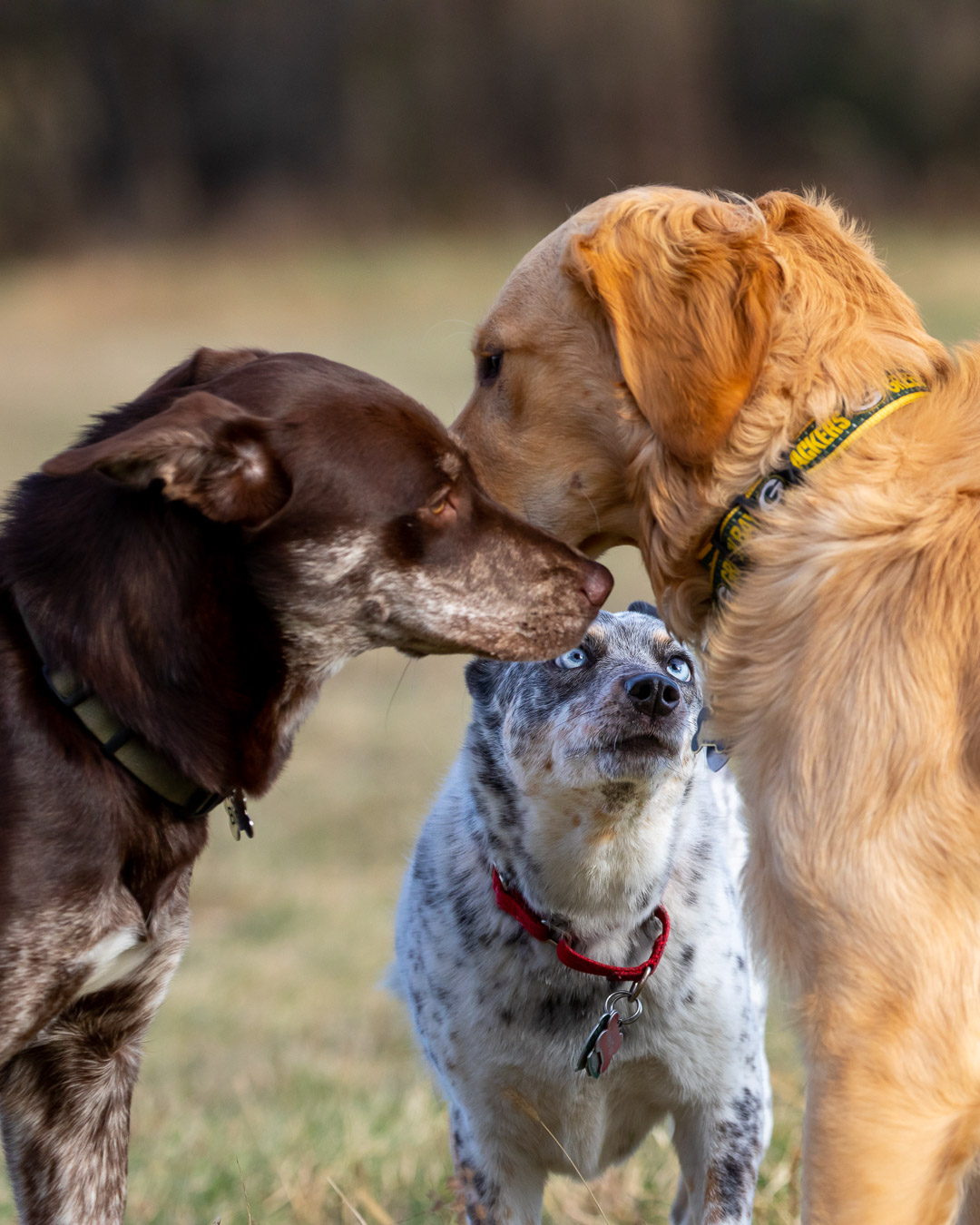 I’ve made my own guesses, and talked to the owner, Ben, who has kindly agreed to let me use the photo. But I thought this could be a way of starting an interesting conversation, about what we can and can’t know about expressions, internal states, and behavior.

Wanna play? Hope so! I’ll add what I thought, and what I subsequently learned about Gypsy and what happened next, later on in the week, after you’ve chimed in.

MEANWHILE, back on the farm: “Back on the farm” means going back to mud, ice, snow, mud, ice, snow, because that’s what we’ve still got here, and will for a few weeks to come. But there’s been lots of sun, glorious sun and lots of melting and Chickadees singing their plaintive whistle song and Tufted Titmice proclaiming territory and Sandhill cranes flying over head. Truly, truly wonderful.

Nellie thinks the warmth from the sun is heavenly. She’s been sunbathing on the south side of the house every day now, soaking it all up. 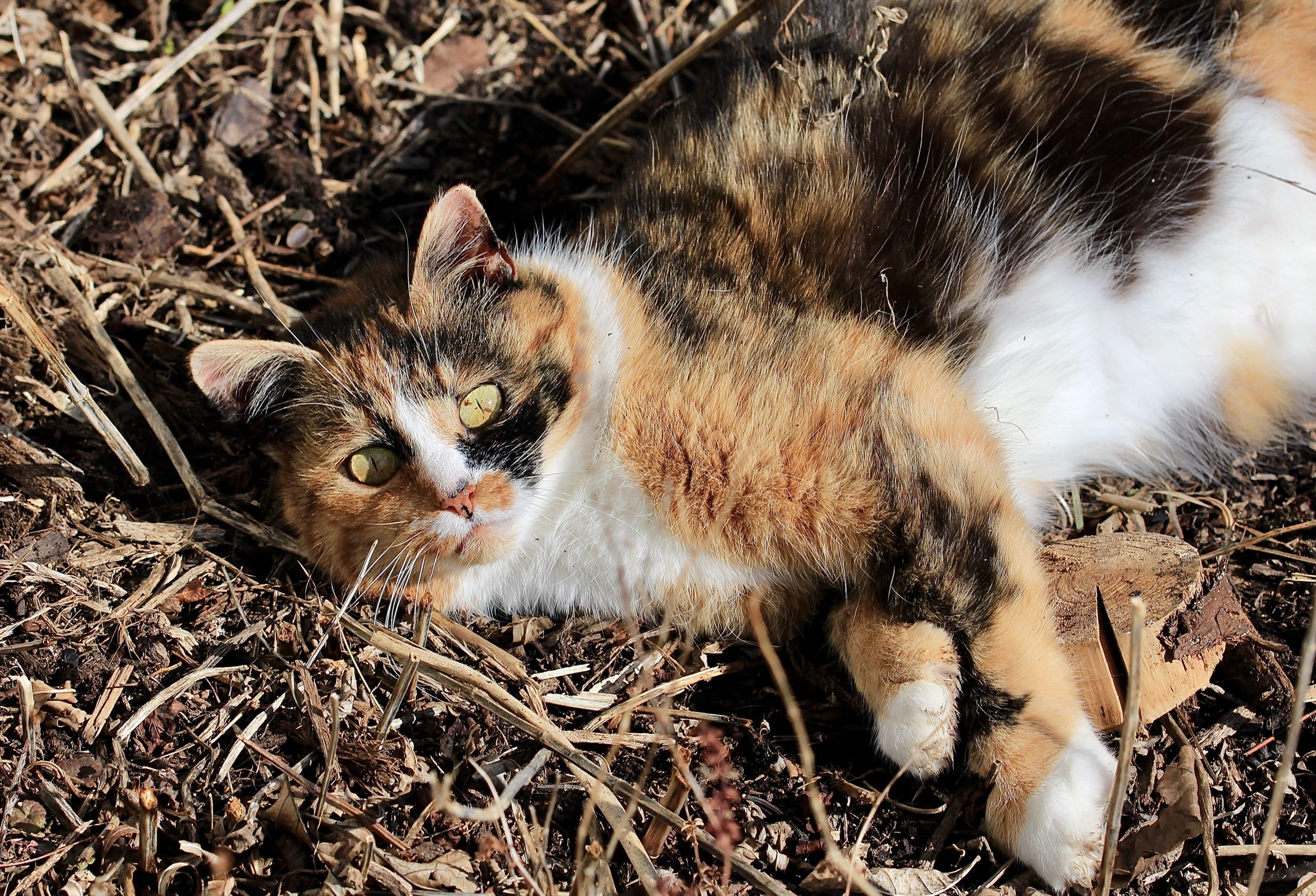 Almost all the indoor plants are done blooming, and so I am especially grateful to this orchid, blooming by the kitchen sink and cheering up the room. 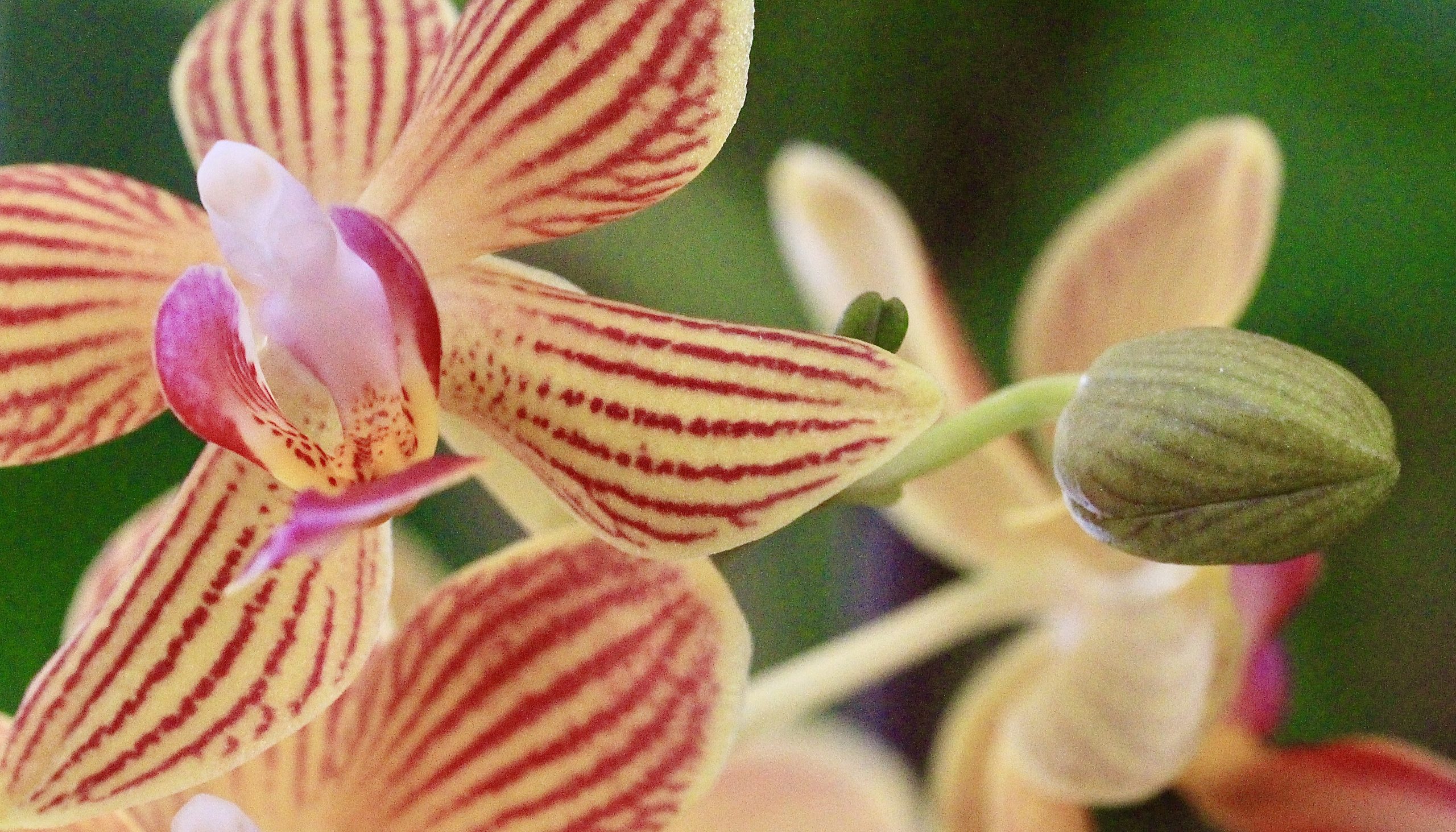 Here’s the same orchid after I did some riffs, playing with unnatural intensity and color. Just for fun: 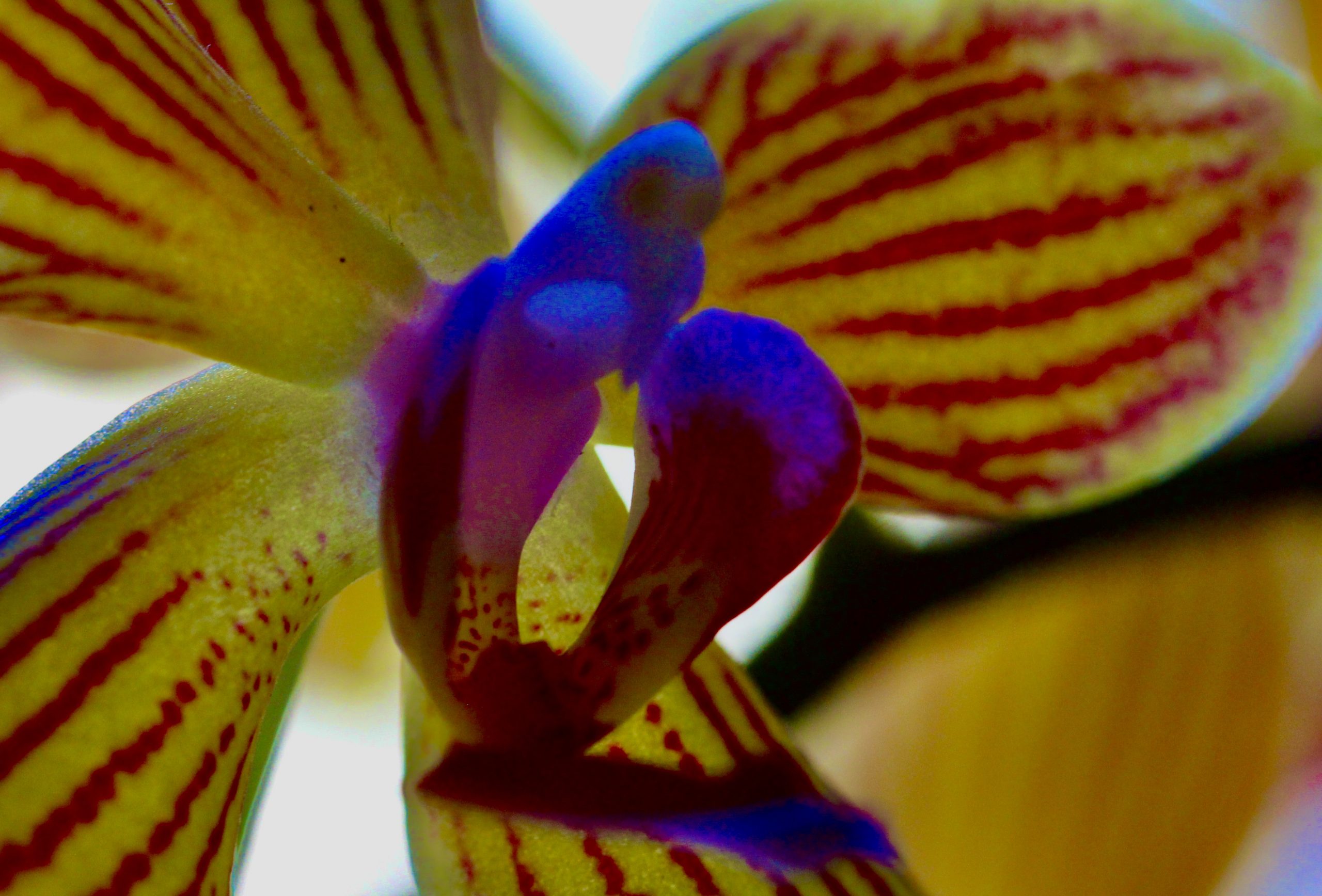 There’s lots of activity outside, teasing us about the flowers to come in April and May. These Daffs are in a south-facing bed against the house. Lots of sun and warmth during the day. It’s been well under freezing at night, however; I keep telling the bulbs to be patient. 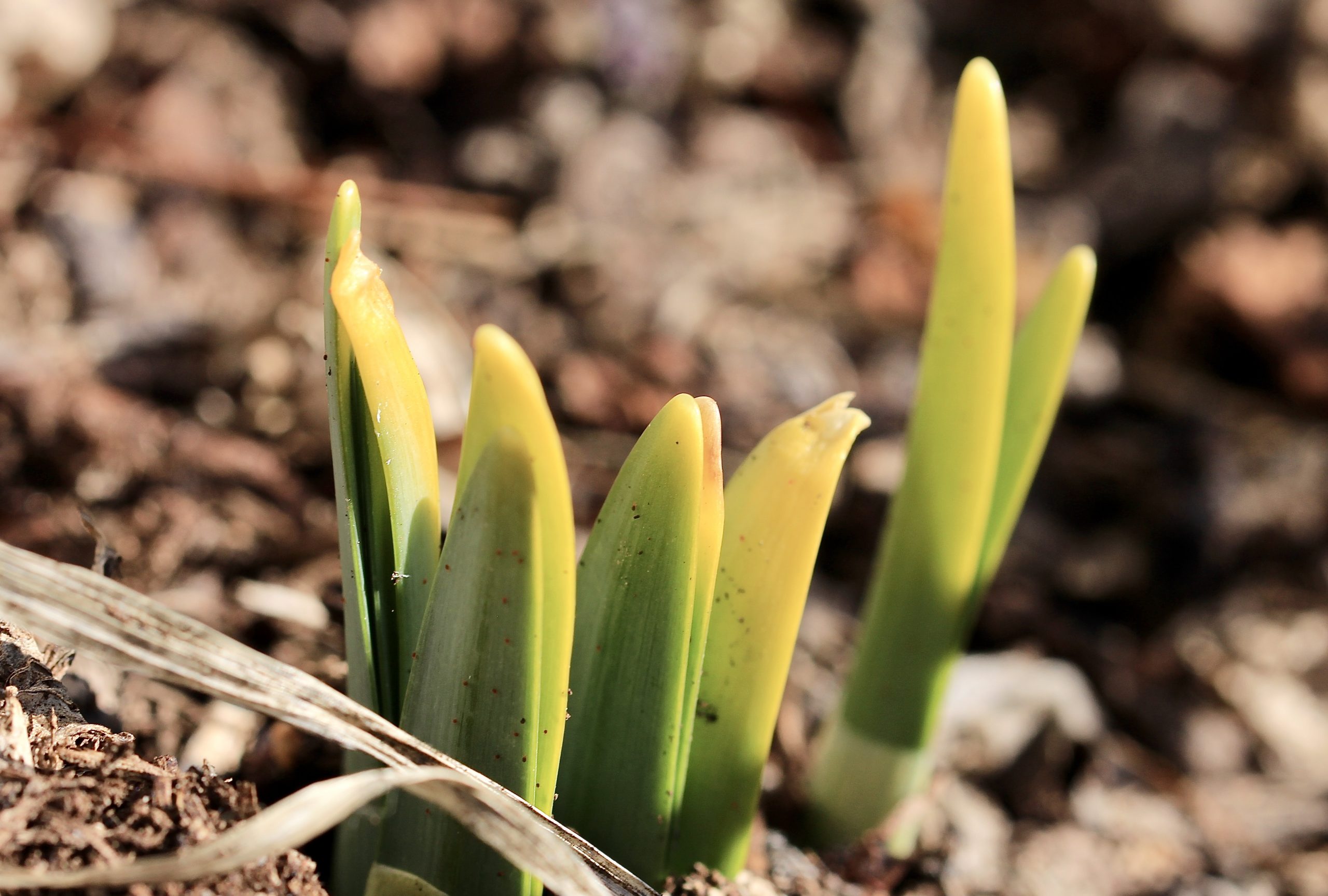 Last for this week, here’s a photo of Skip that Steve Dahlgren took a few months ago. We’ve started working sheep again–our main pasture has a hill in the middle and dries out pretty fast–but I’m just not good enough yet to work Skip and take photos at the same time. (Unless he’s lying down, and I need him to be up and keeping the pressure on the sheep, so that’s not a good idea. Stay tuned, perhaps my ability to multi-task will improve age? (Ha!) 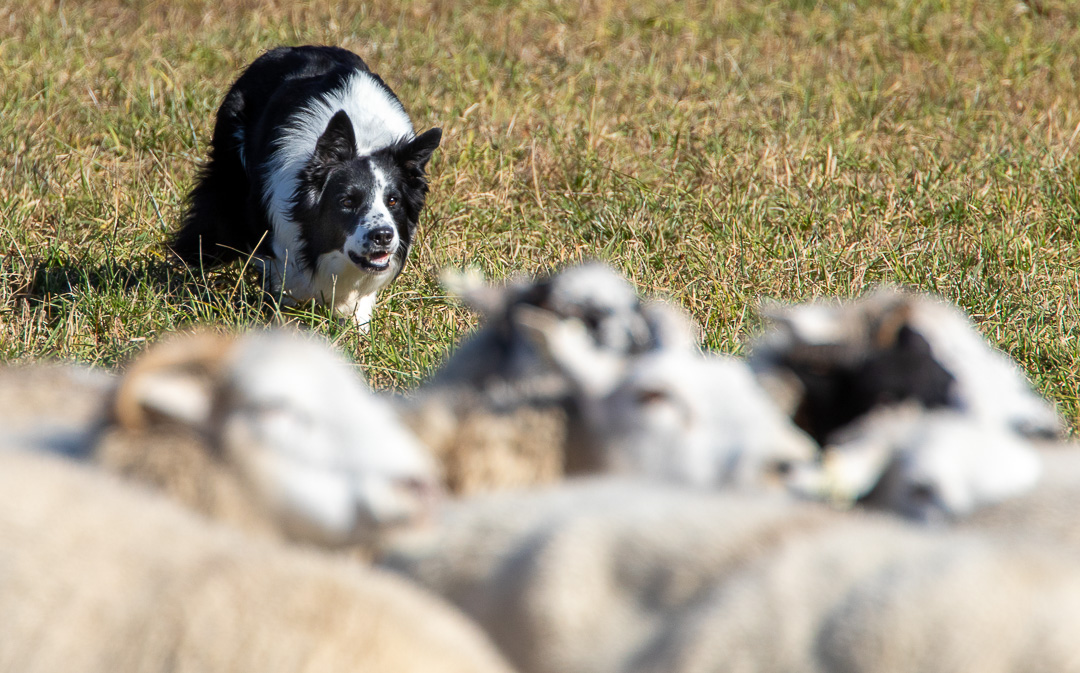