Welcome to an ongoing inquiry about the behavior of people and dogs.
Blog Home >> Canine Cognition >> Why Do Male Dogs Scent Mark So Much?

In previous studies (Lisberg and Snowdon 2009), Dr. Lisberg found that males and females both investigated the urine marks of either sex, although neutered males were less interested in urine from females than from males. Urine produced by intact dogs got more attention than urine from dogs who were spayed or neutered, and unfamiliar urine got more attention than urine from familiar dogs. In addition, dogs who approached the scents with “low- tail positions” spent longer investigating the samples than dogs who approached with high tails.

Lisberg also had found that dogs with high-tail positions were the dogs most likely to get priority access to food if it was tossed inside a circle of familiar dogs. That, by the way, is the standard biological definition of the often mis-used word, “dominance,” which simply indicates which individual animal is going to get  something that everyone wants, usually without fighting about it.

In a more recent study Lisberg collected urine from intact male dogs, some who had approached the urine of other dogs with high tails, some with their tail held parallel to the ground or lower. Thirty intact dogs (15 males, 15 females) were then led to two wooden stakes at ground level, each saturated with urine from a high or low-tailed dog. Order was controlled, so that some dogs encountered the high-tailed urine first and others the opposite.  That is standard methodology to ensure that order itself doesn’t confound the results: an important detail here as you’ll see in a minute.

At first there seemed to be no difference in the dog’s responses to the two samples of urine, but when the data were analyzed with presentation order as a factor, there was an interesting interaction between the kind of urine presented and when it was presented.  Urine from high-tailed dogs, if presented first, got a lot more attention than the other sample. Both male and female dogs spent a lot more time sniffing it than the second sample from the low-tailed dog. However, it did not get more (or less) attention if it was encountered after the first sample. This showed that dogs can smell the difference between urine from high-tailed and low-tailed males, but that they only seem to be taking that difference seriously if the high-tailed urine is encountered first.

Besides duration of sniffing, the study also recorded whether dogs overmarked or not, asking did they respond to the urine by urinating themselves, either directly on top of the urine (overmark) or right beside it (adjacent mark)? Of the 15 males, 7 males overmarked directly onto the urine but only one of those was when the high-tail urine was presented first. (No females overmarked,but several adjacent marked). There appears to be a tendency, both in this research and previous research, to overmark urine from dogs with low-tail positions.  Her previous work (2011) showed that high-tailed males overmarked more than low-tailed males, which suggested that overmarking may be a competitive signal.

In the new study, of the 7 males given the high-tailed urine first, only 1 overmarked, and he overmarked the urine from the low-tailed dog. In contrast, 5 of the 8 males encountering the low-tail urine first overmarked. The trend was only of marginal significance, but the sample is still small and the results suggest that males may be inhibited from overmarking by the extra-strength signal of high-tailed urine.

One of her conclusions is that the overmarking of male urine by other males  likely has a competitive function, and that there is a potential competitive advantage to having one’s urine be discovered first. This makes great sense if you look at dogs as we look at all other territorial species, who often compete both for mates and for territory.  It could enforce the “honesty’ of the signal itself, since it suggests that the mark has been successful at maintaining access to that space: no one else has successfully come through and chased them off or overmarked their marks. That fact that our domestic dogs don’t need to do that as often anymore doesn’t mean it has been eliminated from their repertoire completely.

The implications and applications here are many: For our domestic dogs, it is a reminder of how important chemical communication is between individual dogs. After hearing Lisberg’s first talks on her research I began letting reactive dogs first smell the urine of another dog long before they ever encountered them visually. For wild canids, such as wolves and African Wild Dogs, it might be that the thoughtful placement of urine could encourage individuals of a protected species back into protected areas. (The wolves of Yellowstone, for example, sometimes leave the park where they are protected into areas where they can be killed. Perhaps wildlife biologists could use urine to encourage them back into protected areas?)

In addition, if having one’s urine encountered first matters, perhaps we might have a bit more understanding of why male dogs lift their legs so often on walks, some of them almost obsessively. Most importantly, this research emphasizes how much we have to learn about chemical communication in our dogs, and how wonderful it is that good science is being done (finally!) on the animals that we share our lives with.

Can you find 10 things that are different in these pictures? 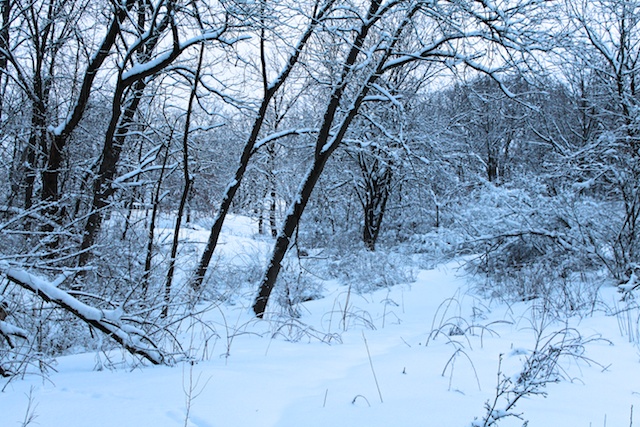 Thursday morning I was in Wisconsin 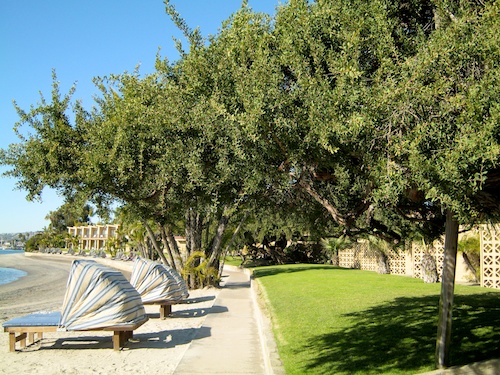 A few hours later I was in San Diego