Welcome to an ongoing inquiry about the behavior of people and dogs.
Blog Home >> Animals >> New Book on Human-Animal Relationships:

Oh dear, I’m behind already and the day is still young. It’s not my fault, it’s Hal Herzog’s fault, for writing such a thought-provoking and engaging  book on human/animal relationships. Some We Love, Some We Hate, Some We Eat, is the kind of book that once I start I can’t put down–thus my late start to the day this morning.

Full disclosure: First off, I teach a class at the University of Wisconsin-Madison called “The Biology and Philosophy of Human/Animal Relationships,” so this is clearly a topic near and dear to my heart. In the class, we talk about the same complications and contradictions that Hal addresses: Is it ethical to eat cows but not dogs? If yes or no, why? If you had to choose between saving the life of your own dog or a person you’d never  met, what would you do and why? (Argh, I hate that question!) Is it acceptable to do intrusive biomedical research on animals that might relieve human suffering? If so, is it ethical to restrict research on primates more than we do on rats and mice, when we know that both types of rodents are highly intelligent, sentient and social animals?

I should also mention that I know Hal. Not well, but well enough to be fond of him, to admire his work and to cheer him on. So I can’t be completely objective here, but if I hadn’t liked his book I would quietly put it aside and not bring it up here. But I do love the book. It’s beautifully written, it hooks you in immediately and is hard to put down. If you like pondering our complex and quirky relationships with other animals, this book is for you.

He begins the book by relating an incident that first got him thinking deeply about our relationships with other animals. He had a pet snake (Sam, who was a rescue, seriously–snakes need rescuing too sometimes) and someone accused him of feeding kittens to the snake. Sam is a boa, and boas are meat eaters (as are kittens). The charge that Hal was out trolling for kittens to use as snake food was ridiculous, Hal would never do that, but it did start him thinking: WHY it is more palatable to feed baby mice to his snake than a baby kitten who was going to be put down anyway at a shelter?  To him, and most of us, the choice of which is acceptable is clear, but why?  And why is it ethical to have cats as pets, given that they are predators and eat enough meat to feed entire countries of starving children on other continents . . .?

The book combines stories and science in an accessible way. For example, researchers found that people really DO look like their dogs (at least, people can match which dog goes with which person, a fact I personally would argue is not quite the same thing) and that cat and dog lovers really do have slightly different personalities (dog people are more extroverted than cat people, but ironically, cat people are slightly  more likely to be open to new experiences.)

But most of all, the book constantly reminds us that our interactions with animals are in part driven by genetics, in part by culture and experience, and as a result, are often irrational and contradictory. But if you’re like me…. they are always fascinating.

The introduction of the book ends with a quote from anthrozoologist Andrew Rowan, the director of the Center for Animals and Public Policy at Tufts University. He said “The only consistency in the way humans think about animals is inconsistency.” Truer words were never said. As all dog trainers know, consistency is not one of our species’ strengths.

MEANWHILE, back on the farm: Fall is here in full stride. The asters and late sunflowers are blooming, the soy bean fields are turning yellow and poor Redford the Ram is being constantly teased by the heat cycles of the ewes, who flirt and simper at the gate between them. 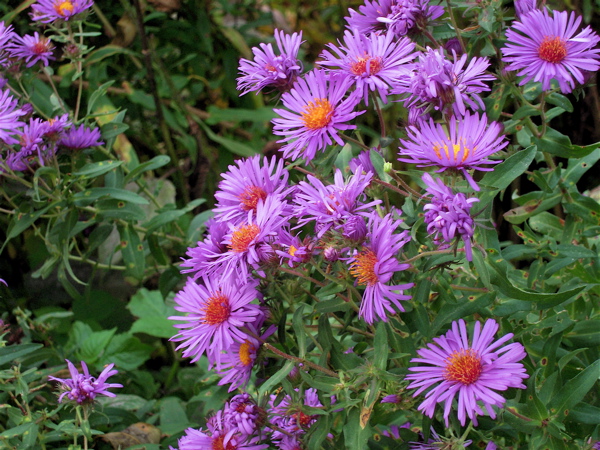 And here’s Willie with his own animal relationship quandry. My best translation is: “What the . . . ?” 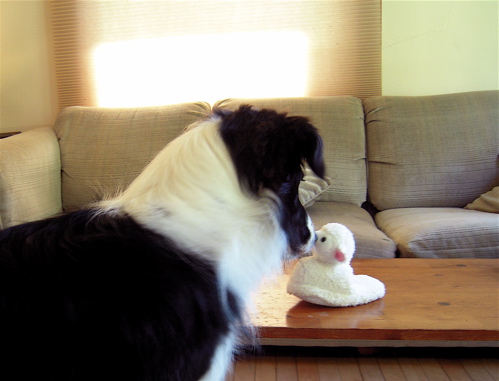