Welcome to an ongoing inquiry about the behavior of people and dogs.
Blog Home >> Archives for Monique Udell 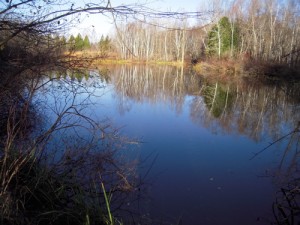 One of the best talks at APDT's Cognition Symposium was Monique Udell's presentation on her research on pointing gestures. I promised before I went that I'd write about new results on this issue, and Monique gave me lots to talk about. To recall the issue: some researchers, Hare and Tomasello originally, found that domestic dogs were able to follow the direction of a pointing arm to find food, while wolves and chimpanzees were not. They concluded that domestic dogs were inherently better at interpreting human gestures than other animals, presumably because the two species had co-evolved for over ten thousand years. If that were so, then it means that dogs contain some permanent change in their genetic complement that makes them able to communicate more effectively with people. Much has END_OF_DOCUMENT_TOKEN_TO_BE_REPLACED