Welcome to an ongoing inquiry about the behavior of people and dogs.
Blog Home >> Animals >> Willie gets in over his head

Well, I can’t tell you that last night went smoothly, but my Willie boy tried his best and ended up learning a lot about working sheep last night. (We went to a good friends, Peg, who has a lot more sheep and a lot more land than I do and is extremely generous with her time.) First, Will and I drove a flock of about 35 sheep into a pen at the end of a long field, and then turned and walked 40 yards in the other direction, where Peg had brought out a group of 5 or 6 ewes about 250 yards away. I waited until I was sure Willie had seen them, and then sent him “Come Bye” (clockwise). He began correctly, but then stopped part way there and looked back at the flock he had just worked (who were behind him and me both). I said Come Bye again, and he started right but again slowed and looked back. Eventually  he ended up driving directly toward the flock he was supposed to run to the back of, and actually drove them away from me at one point. I whistled stop, lie down, come bye, etc etc, all to no avail. It was abundantly clear to me that he was completely confused, so I stopped trying to signal him and went to help him.

As I started to walk toward him he got around the sheep and brought them toward me, or more accurately, he ran behind the sheep who were now charging in my direction toward the larger flock behind me. The group he was trying to work ended up smack dab against the pen’s fence, with a few thin boards separating the small and the larger flocks. That was Willie’s next challenge–pulling the small flock away from the large one, and he just couldn’t manage it. He needed to force himself between the fence (and most relevant, the larger flock) and push the small flock away, and he just couldn’t do it. He kept looking at the sheep inside the fence, and as an excessively strong-eyed dog, he simply couldn’t detach himself from wanting to work them too. I suspect it was partly a confidence issue, Willie being a dog full of fears, but the draw of the other sheep was clearly a huge factor as well. I went over and helped and we got it done, but when we tried it again he still had trouble. We’ve worked a bit at this at home, but what we’ve done is new enough that it didn’t transfer to a new context.

Peg and I switched directions to make it easier for Will, but now the sheep were on the upside of a pasture with two hills and big dip in the middle. Will lost sight of the sheep halfway through his outrun and began to run flat (toward the sheep rather than around). He tried to fix it when he got the sheep back in sight, but by then he was too close, and struggled to get control of them once he got around them. He brought them to me eventually, but it wasn’t very pretty. I was sure he had just never been in this situation, (losing sight of the sheep on such a long outrun) so I sent him one more time, and damn if he didn’t run a perfect outrun, take control of the sheep much more effectively (not perfectly, but not bad either) and bring them spot-on to me at a perfect pace. Whew. Good boy, good boy.

Of course, by now he and the sheep were a bit tired (Will over heats pathetically fast, so between runs 2 and 3 he had taken a rest in the shade, drunk water and had water poured on his paws), so that partially explains the quiet pace, but nonetheless, it was a good place to end and I was pleased he had clearly learned from experience. We’ll try again next week if we can fit it in before we go to Africa, but meanwhile I’ll work on the issue of shedding the sheep off of a fence with a flock right behind at home.

Meanwhile, back at the farm: Besides walks with dogs and working with sheep (and scrubbing water tanks and grinding nails… all the boring stuff we all do to maintain life), lots of time at home is being spent of preparation for Africa. Oh my, hard to believe that in 2 weeks I’ll be with a pack of animal lovers watching hippos in an underwater viewing area in Tsavo National Park.  I won’t be able to send posts from there, so I’m going to write articles before I go, to be posted throughout the time I’m gone. Who knows, maybe I will have internet access in some places.. that would be great fun to write you all from there!

Closer to home, here’s Will and flowers, two of my favorite things: 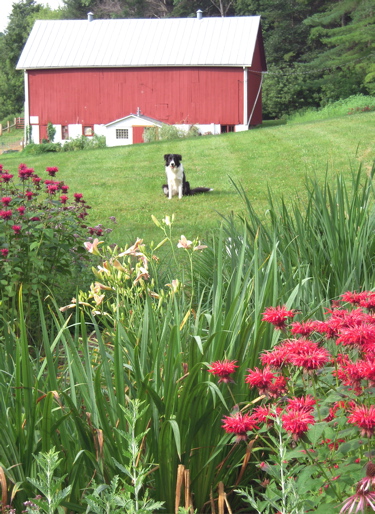 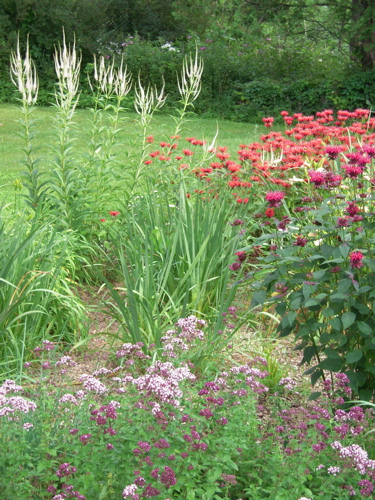