Welcome to an ongoing inquiry about the behavior of people and dogs.
Blog Home >> Canine Cognition >> You’ve Got a Friend?

If you’ve been following last week’s blog and the comments, you know that there’s been an active discussion about whether dogs can (or can’t) form “true” friendships. This was motivated by an article in Time Magazine by Carl Zimmer that discussed the evidence of friendship in several species of mammals, including dolphins, baboons and horses. In spite of the irony of a cover photo that includes two dogs (and the photographer saying: “I actually had to make sure that the dogs coming in were actually friends.”), the article states “… most scientists think they [relationships between dogs] fall well short of true friendship.” I’m curious who the ‘most’ scientists are…

I suggested to the author that he might want to talk to scientists who study dogs like Barbara Smuts & Camille Ward. Barbara and Camille wrote an article in Bark magazine (Summer 2010) in which they summarize their research that makes it clear that dogs can form friendships. Keep in mind the Barbara Smuts is a well respected scientist whose work on baboons was essential in convincing other scientists that animals can form friendships. She defines friendships as relationships in which individuals choose to spend a lot of time together and engage in friendly, affiliative behaviors. Do we see that in dogs? Of course! So absolutely, I continue to go on record as believing that yes, dogs can form “true friendships.” Here’s some more of my arguments related to that belief.

First, we have to distinguish between intra and interspecific relationships; social relationships between individuals of the same species and those between members of 2 different species. I absolutely agree that, as interspecific relationships, our social bonds with dogs are more complicated than those between dogs. As thoughtfully mentioned in the comments, most of our domestic dogs are completely dependent upon us. We control their food intake, their elimination, who they play with, etc. Thus, the question is a good one as to whether a dog could consider us anything but “keepers” or “guardians,” but not true friends.

Certainly a balance of power does have a profound effect on a relationship, but I would argue that it is still possible to form a friendship with an individual who holds more of the cards than you do. After all, the scientific paper that Zimmer uses to base much of his article on argues that friendship most probably evolved from close relationships between mothers and their young. Even after the young mature, their mothers (in apes, for example), still have more power than their grown young do. But scientists call their close social bonds one of “friendship” nonetheless.

Second, I would argue that, in many cases, dogs may see themselves as having a tremendous amount of power. “Paw her and she’ll pet my head.” “Whine and she’ll give me a treat.” We could argue on and on about who has more power and when, and certainly it’s true that in most cases we control a dog’s access to food, etc, but the power differential isn’t always as black and white as one might think. As mentioned in the comments, our relationship with dogs is an example of a “symbiotic” relationship, but of a specific kind: a “mutualistic” relationship in which both parties receive benefits. (Parasitism is also a symbiotic relationship, but in that case only one member benefits.)

Third, if you look at the paper Zimmer uses as the basis for his article (Seyfarth and Cheney, “The Evolutionary Origins of Friendship.” Annu. Rev. Psychol. 2012. 63:153-177.), the authors define friendship as “enduring social bonds not directly related to mating.”  In most species, that includes grooming, play,  maintenance of proximity, and the formation of coalitions. If you look at the literature, time spent in proximity is the most universal feature of how “friendship” is defined. And although it’s true that there are many reasons a dog may choose to spend time close to one of his or her “humans,” including insecurity or the Stockholm effect, surely most of us have known dogs who happily and cheerfully chose to spend their time next to a particular person, and sought that person out from all others in a crowd.

Whether dogs can form “true” friendships with other dogs is another matter (although, of course, they are related). And here, again, I’ll argue that good science supports that contention. Zimmer states that “scientists don’t see friendships in wolf packs,” but I’d like to see what that is based upon. Show me the data, please. One argument Zimmer and others make is that most friendships seen in non-human animals are in species in which individuals have life-long relationships (dolphins, apes, etc.). The argument is then made that wolves disperse from their natal packs, and thus dogs have not evolved from a species predisposed to form friendships. But what of the huge packs that are found in Yellowstone Nat’l Park? As I understand it, most large packs are found to be made up of related individuals, exactly the same genetic make up of chimpanzee and dolphin groups. We can’t have it 2 ways here.

And again, (she says with a sigh), dogs are not wolves. They do not automatically attempt to rip the throat out of any canid that enters their territory, for example. Wolves and dogs both are, however, exceptionally social. Unlike most mammals, they live in groups, often defer reproduction to others, often raise the young of others cooperatively (this is often true in dogs, even if the feral males don’t provision their young; “Aunting” behavior is very common in dogs, my Pippy helped to raise all of Lassie’s puppies) and in wolves anyway, hunt together as a cooperative group.

Here’s a behavior not mentioned in Time or Seyfarth and Cheney’s article, but it could (and should) be a subject of study: Greeting behavior. One of the reason I argue so strongly that dogs can form friendships is the extreme variation seen in inter and intra specific greetings. As mentioned in the comments, there are endless examples of dogs who greet another dog or a person with an “over the moon, over the top” enthusiasm only seen to that particular individual. I once saw 2 dogs greet each other who had been apart for over six years and the dogs were border-line hysterical. The frequency and intensity of their whining, licking, leaping etc was several magnitudes their usual behavior. This canine equivalent of hugging, crying and kissing is universally understood as joy, and I would argue it is not anthropomorphic to presume that the emotions being experienced are exactly what we think they are.

This is not to say that friendship between people and dogs is exactly the same, and yes yes yes we need more research on the topic. But scientists are trained to that the simplest explanation should be the first one employed to explain a phenomenon (Occam’s razor), and I would argue that the simplest explanation to what looks like friendship in dogs is exactly that… friendship. That doesn’t mean that all dogs are friends, or that all dogs are friends with their humans. If that’s what we observed (all dogs treating all other dogs the same way), it would actually be evidence against friendship in dogs; the whole point of the concept is that it is a ‘special’ relationship above and beyond the other normal, social relationships, so we should expect to see it only between some individuals.

A last comment about friendships: Here’s a rather lovely saying about it I found while working on this topic: “Love is blind. Friendships tries not to notice.” Anonymous. Love it.


MEANWHILE, back on the farm: I’d love to tell you that Willie and Tootsie are friends, but they still pretend the other isn’t there, even when their heads are smashed together when they greet us or ask for petting. But they both gave us over the moon receptions when we returned from the Dog Writer’s Association of America in New York. (Love Has No Age Limit won two awards, very gratifying!) I’ve got 2 heavenly weekends at home, then off to Phoenix one weekend (invited talk at the Interdisciplinary Forum on Applied Animal Behavior, not open to the public I’m afraid) and Tucson for the Tucson Book Festival the next weekend in early March. If you’re in southern Arizona, come to the book festival March 10-11th!

I love visiting the Big Apple, but always soooo good to get back to the farm! 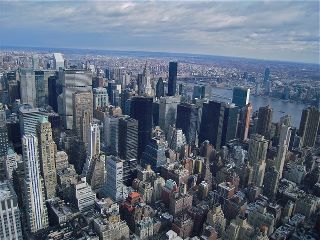