Welcome to an ongoing inquiry about the behavior of people and dogs.
Blog Home >> 2012 >> Archives for July 2012 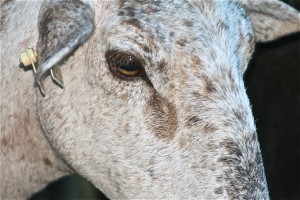 Here's something interesting I learned while working on a talk I'll be giving at the Annual Conference of the Wisconsin Association of Behavior Analysis on August 15th in Madison. My talk is "Creating Harmony Between Dogs and Special Needs Children," and it involves discussing the benefits to the family of having a dog, but also the risks to the dogs that need to be addressed and minimized as much as possible. As we all know, even parents of typical children sometimes struggle with interactions between their children and their dog, and things can be even harder for parents of children with special needs. While working on my talk I read a research paper that is relevant to dog training in general, even though the case study was about changing the behavior of a child with Autism Spectrum END_OF_DOCUMENT_TOKEN_TO_BE_REPLACED

The rock stars at my office (that's Katie and Lisa and Denise) have made all the books that we publish, from The Puppy Primer to Feisty Fido, available as eBooks. You can learn more about ordering them by going to the website at PatriciaMcConnell.com. You can download them onto your Kindle, your Nook, your computer, your iPad and your forehead for all I know (okay, maybe not). I'll be writing my usual weekly blog tomorrow, but I wanted to get the word out about this now because, well, we've been working on it a long time and it's great to have it all working and the books available in this form. Enjoy! END_OF_DOCUMENT_TOKEN_TO_BE_REPLACED 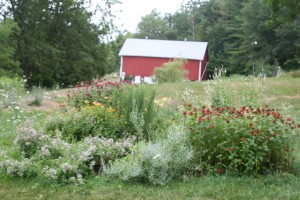 I don't know about you, but anytime I hear a dog training product described as "revolutionary," I get worried. And for good reason. Have you heard about the new "revolutionary way" to walk your dog? It's called SimpleLeash, and it is guaranteed to work on "dogs of all sizes and temperaments." What's the revolutionary idea? Your dog gets a shock if he pulls on the leash. Ah, but it's not called a shock. I couldn't find the word shock anywhere on their website. No, no shocks here, just a "harmless correction stimulus," that intensifies the harder your dog pulls. There is simply nothing for the owner to do, the collar automatically does it all! Thus, the SimpleLeash. "You literally don't do a thing except hold the end of the leash." Well, maybe one more thing, like scrap up the puddle END_OF_DOCUMENT_TOKEN_TO_BE_REPLACED 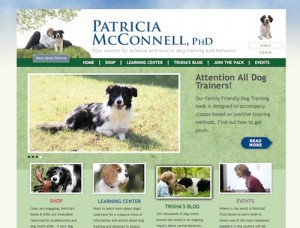 Happy Dance, Happy Dance! Our new and improved website is up and running. We're celebrating by offering FREE SHIPPING until the end of the week for books and DVDs. We've worked hard to make the product pages clear and complete, so that you'll have a good sense of what will best fit your needs. We've added a "Reading Room" with all my Bark articles and many of my blog posts categorized by subject. Some of you may remember that I asked a few months back about a possible title for this resource. We had initially called it "The Learning Center," but we began to have doubts that was the best title. We got lots of responses (thanks!) and readers agreed, and out of the titles we suggested, you all liked "The Library" or "Resource Center" best. However, several of you had concerns about using END_OF_DOCUMENT_TOKEN_TO_BE_REPLACED 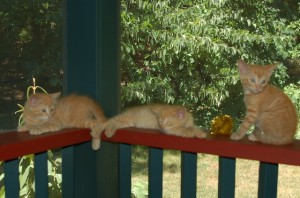 Here's an interesting case for you: A good friend has a lab cross, MeMe, who was badly skunked a few nights ago. This appeared to be a direct hit to the eyes, the poor dog was rolling desperately on the ground, gagging repeatedly and batting at her eyes. MeMe got medical care and appears to have recovered, but here's her owner's question: When Debby found her, she cringed and cowered, "belly nearly scraping the ground, eyes averted and tail down." Debby said she looked like she was afraid she was about to be hit, although that has never, ever happened. (Okay, it's not like I live inside the dog's collar, but I know Debby, and believe me, she'd no more hit a dog than I would.) Debby was not scolding MeMe in anyway, but MeMe still had her head and tail down in the positions that people END_OF_DOCUMENT_TOKEN_TO_BE_REPLACED