Welcome to an ongoing inquiry about the behavior of people and dogs.
Blog Home >> Animals and the People Who Love Them >> A Photo Journal of Life at 71

Oh my. Jim and I just turned 71. Fittingly, Steve Dahlgren, a great photographer specializing in dogs and those who love them, came out to update some of the photos I use for the website and publicity. Like many people, I hate having my own photograph taken, but you really can’t keep using photographs that show someone who is barely recognizable now.

So, taking a breath, here are some of the photos that Steve got. I should mention that he also did a drone video of Maggie working sheep. I haven’t seen that yet, it should be fun.

I’ve shown this one before, but since I consider it the best of the bunch, I just had to lead with it. Maggie and Willie used to play “race horse” every day and it was an important part of her staying in condition. After Willie died, Maggie and I taught each other a new way to play in the morning, with her running around with her toy, while I clap and cheer and pretend to run (as if I could ever run anywhere): 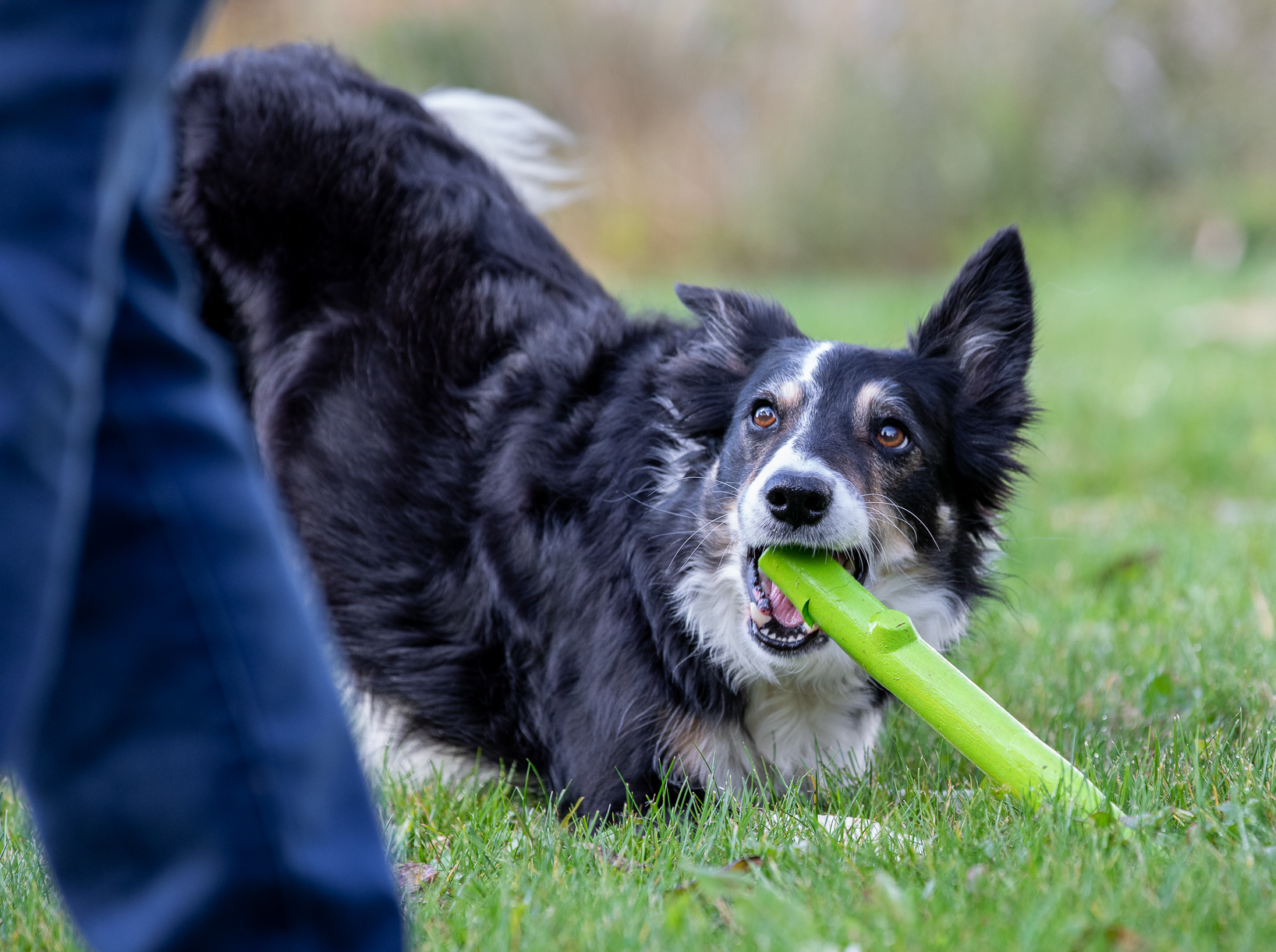 Here’s my new hair. My real hair. I am loving being grey silver and letting my hair do whatever the hell it wants. I am, however, hating/loathing/despising my neck, the saggy one that I am holding up here in defiance of gravity and old age. 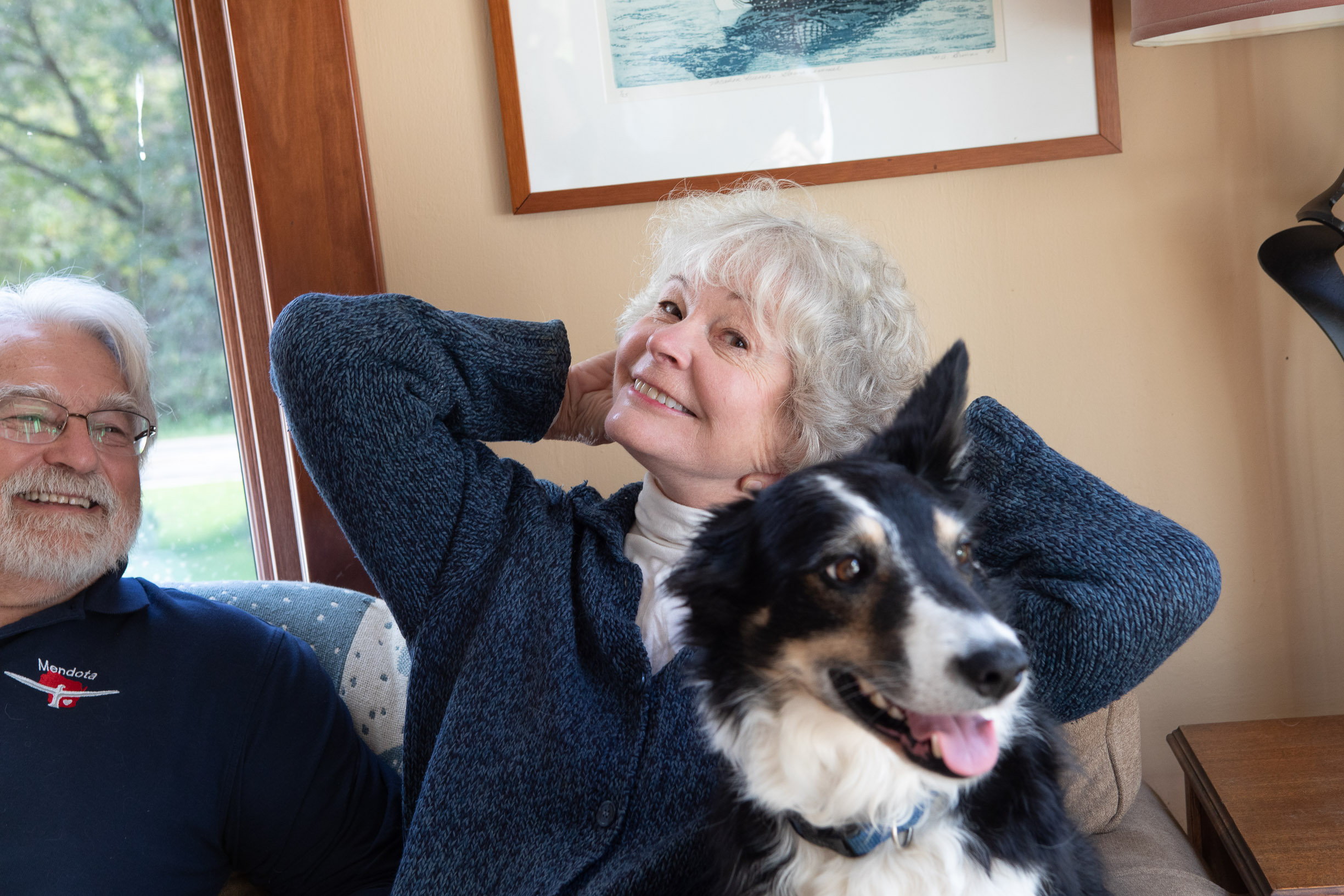 The four of us on the couch, where we spent an inordinate amount of time watching television after dinner. Well, Jim and I watch television, the dogs get belly rubs. Maggie jumps down after 30 solid minutes of massage, while Tootsie eventually goes to sleep and snores like a 300 pound drunk at a bar. 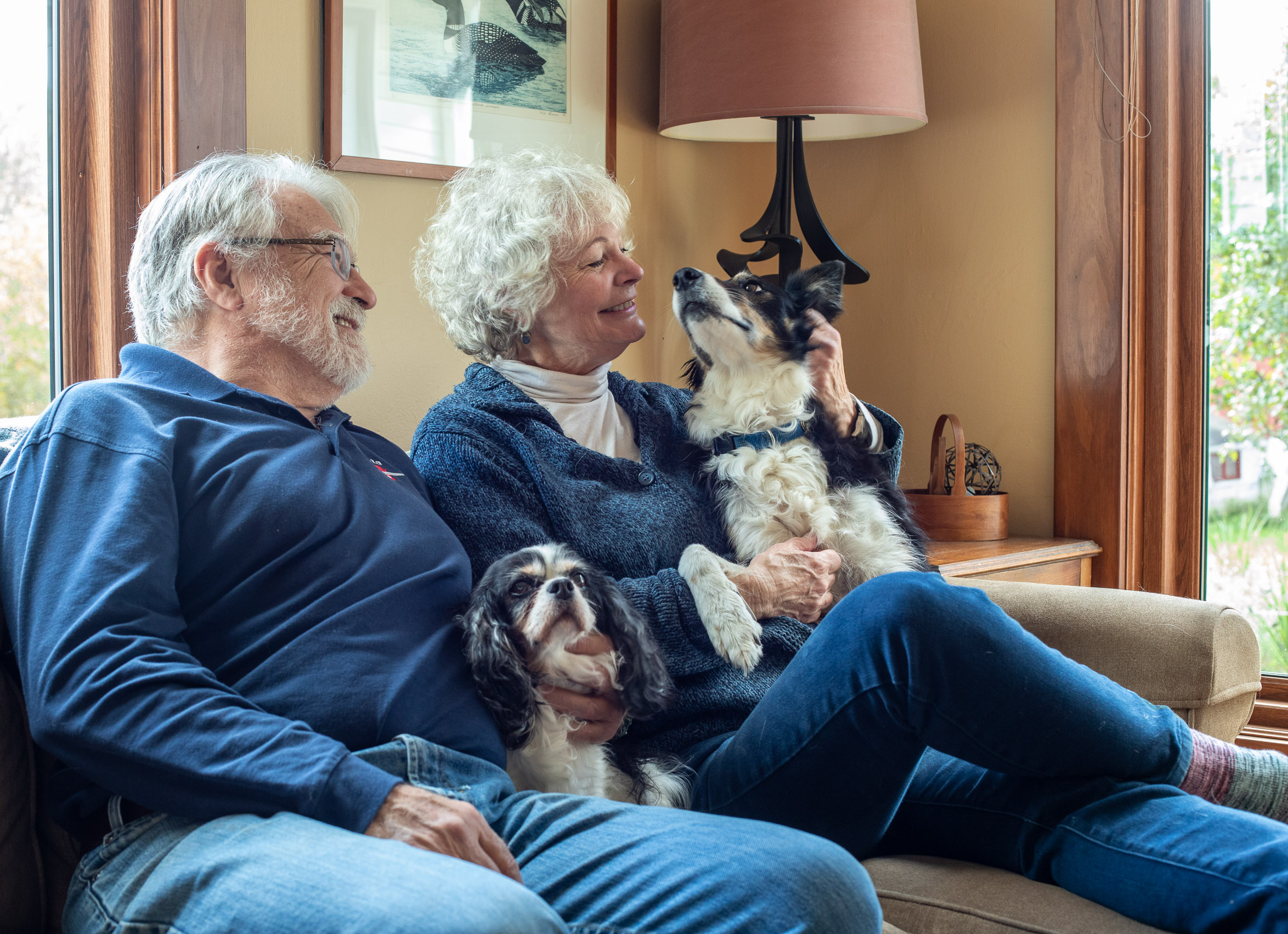 Maggie working (that’s Meryl Sheep in the foreground). Getting great shots of dogs herding sheep is no easy task, and Steve worked hard to get some good ones. Clearly his efforts were worth it! And now he’s got the bug, and is going to come out again to get more. Yay Steve! 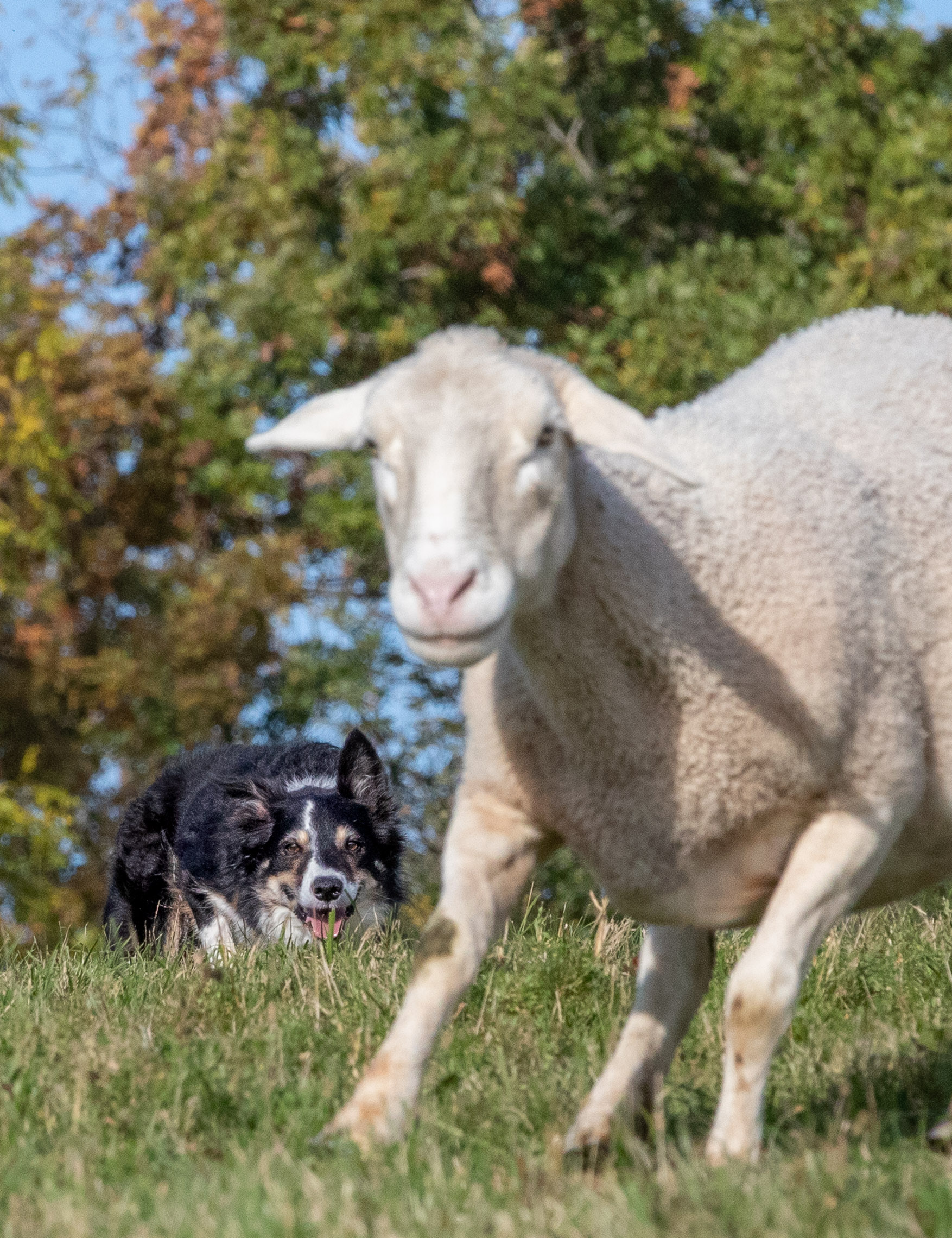 Here’s my new study, where I am, yes, truly, working on a mystery novel. I am not allowed (agent’s advice) to tell you much of anything because as she says “it’s still incubating”. I am pretty sure I know who the protagonist is and the general plot of the mystery. Surprise, surprise, there will be dogs. No dogs will die (but people do). Right now it all still feels very fluid, very hard, and really, really fun. Do not hold your breath for the book’s release. It’s going to be years. Yup, years. (I’m on page 100 now, but will undoubtedly rewrite the entire thing at least twice.) 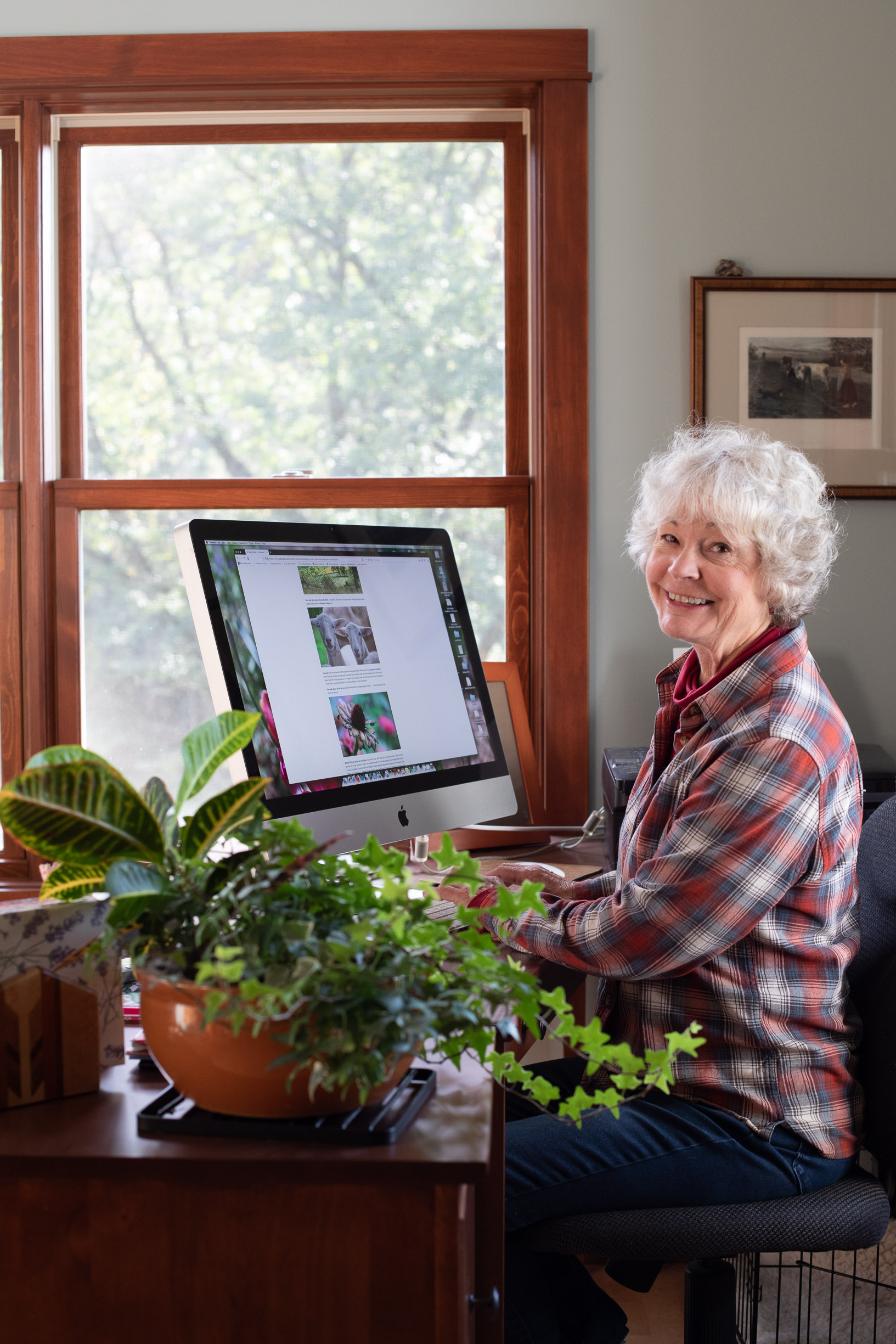 Another favorite of Maggie. I especially like that I am fuzzy in the background. 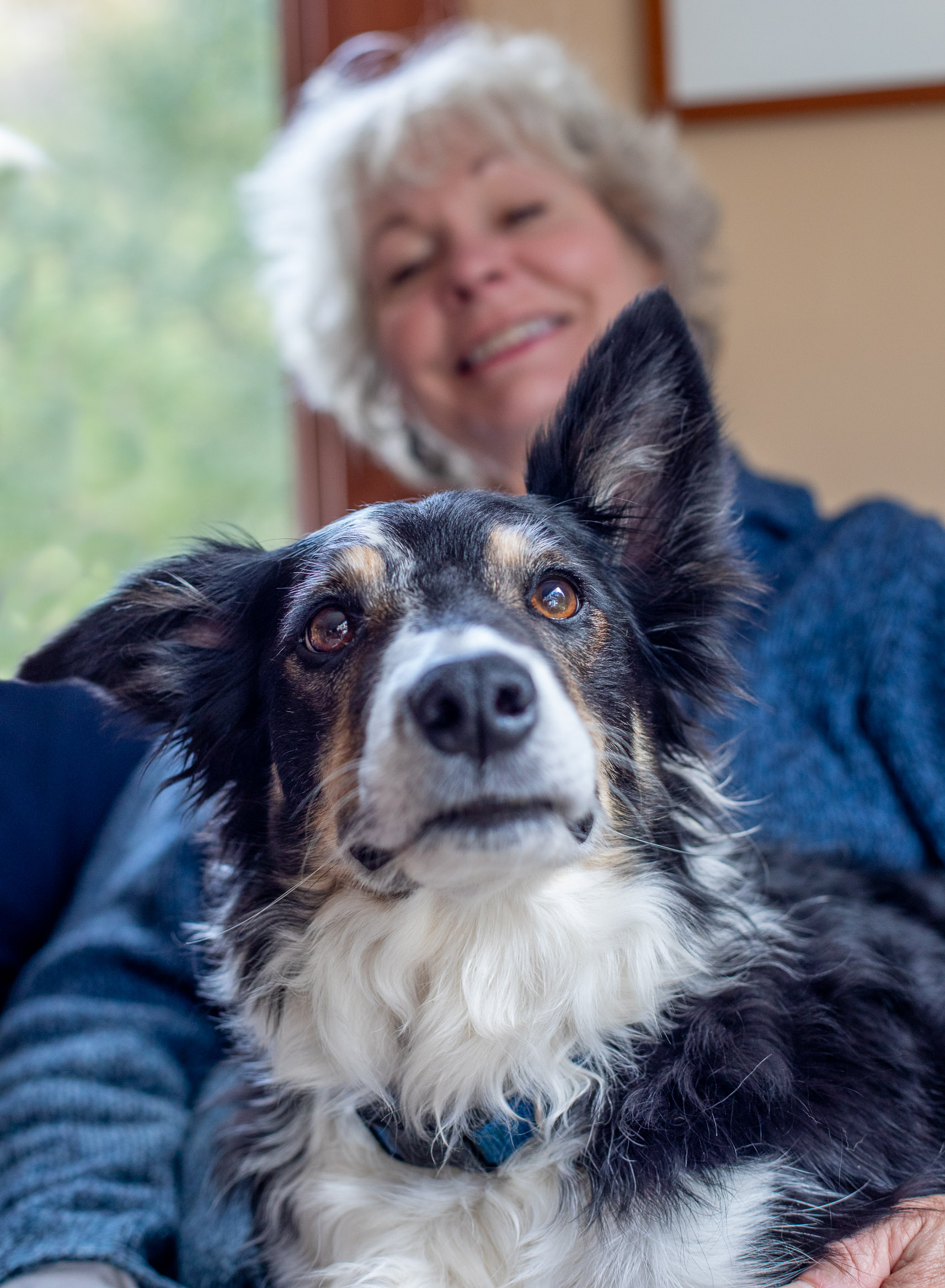 Our native habitat, and where we are happiest. 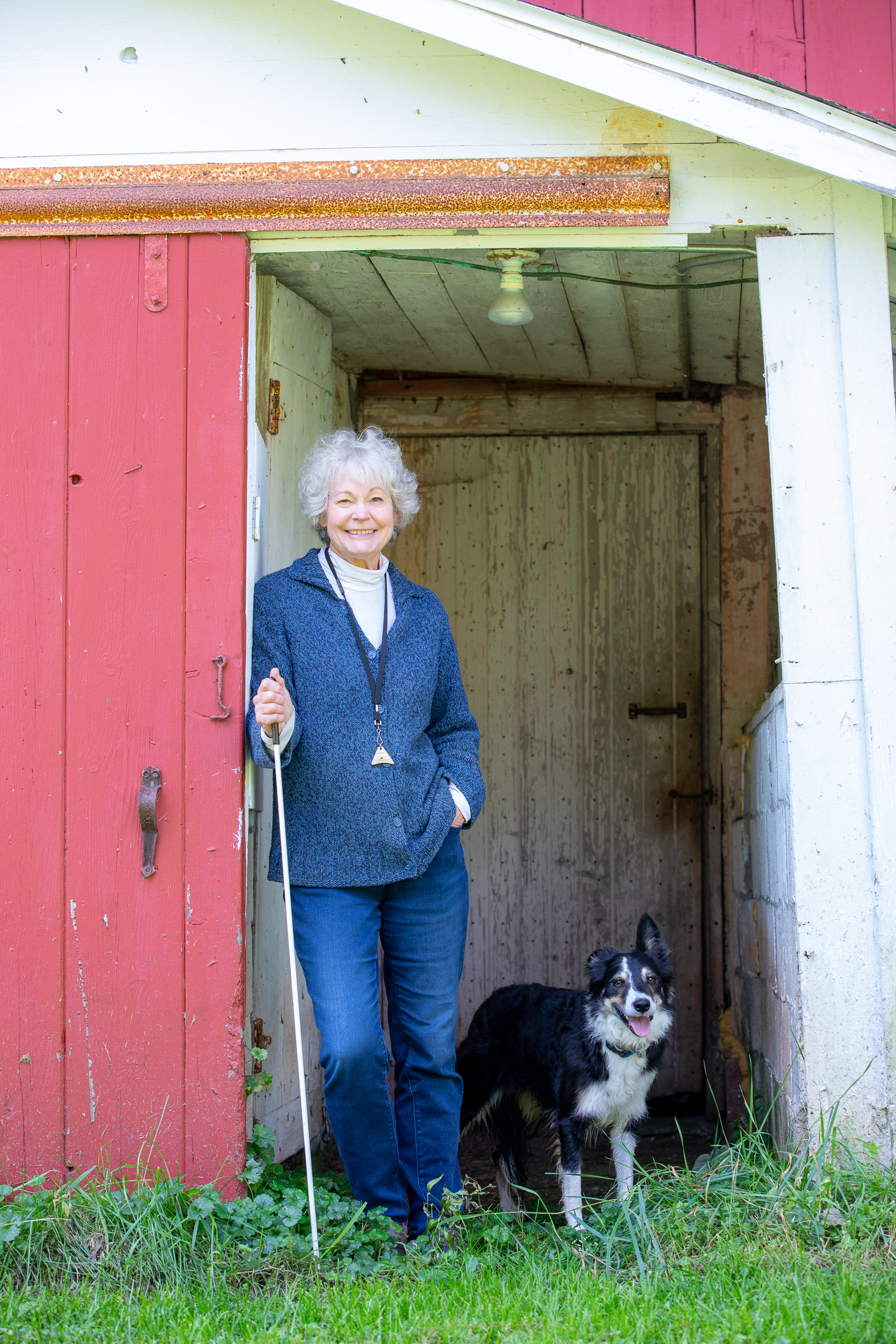 My question to you is: Do I take out all the old photographs on my website, or just some of them? Can I replace one with Amal Clooney? (Note: I just realized I’ve in part answered my own question: I’ll never take off some of the photos of Willie. I just couldn’t. But about Amal . . .)

MEANWHILE, back on the farm: See above!

« Teaching Dogs to Talk?
Turning Thanks into Action »