Welcome to an ongoing inquiry about the behavior of people and dogs.
Blog Home >> Animals >> Be Glad Our Cats are Small

I’m working on a post about the comparative behavior of wolves, coyotes, African Wild dogs and domestic dogs, but here’s a short digression for the cat lovers.

An adult lioness in the Maasai Mara marks a bush after rising from a nap. You can clearly see the stream of urine in the photo. Aren’t you glad our house cats don’t weigh 260-450 pounds? 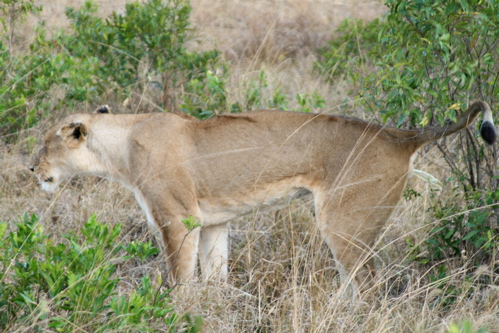 A female cheetah marks a tree. 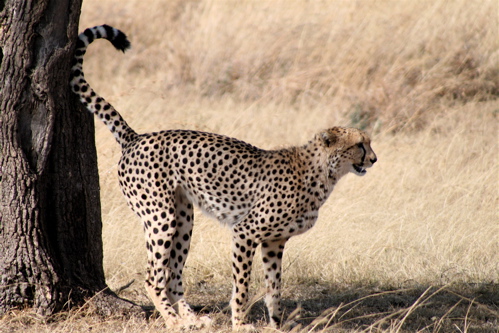 We found this cheetah right after landing in the “Kenyan Serengeti,” the Maasai Mara. After we landed at a tiny airstrip and loaded up in safari vans on our way to our lodging, we ran into a hunting cheetah who was stalking Impala. After a few minutes she made her move, and dashed at the herd. She was too far away for us to take any photographs, but none of us will ever forget watching one Impala leap over five feet high and fifteen feet horizontally over the tall grasses as the cat charged toward the group. The cheetah was not successful, and strolled away (the rolling gait of a cheetah, with their long, absurdly loose bodies, is a beautiful thing to see).

Here she is, scratching the ground after marking (looking almost dog like at that point, if you’ll forgive the comparison). 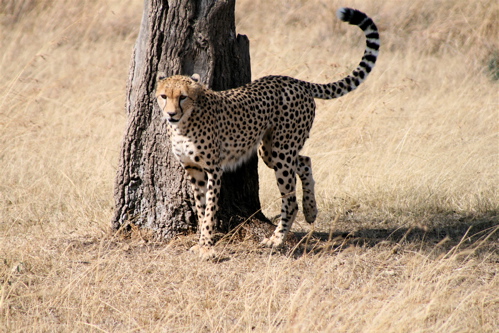 The downside of seeing her? Cheetahs hunt during the day, unlike most cats, and appear to be affected by tourism. Our van and several others followed her for awhile as she walked across the savannah, and I was relieved when she cut away and disappeared from view. If she hadn’t I would have asked us to leave, it felt like we would have been harassing her if we had continued.

Not far away we came upon 3 males, probably the grown young of our female friend, snoozing as only cats can in the shade under a solitary tree. Overall, the Kenya trip resulted in seeing more cats up close and personal than any of my other trips (lions especially (more photos to come), cheetah, leopard (briefly), servals and some people (not me) even saw an African Wild Cat, the progenitor of our house cats on a night drive in Botswana.

Here’s a lioness greeting one of the pride’s cubs in the golden light of an African morning: 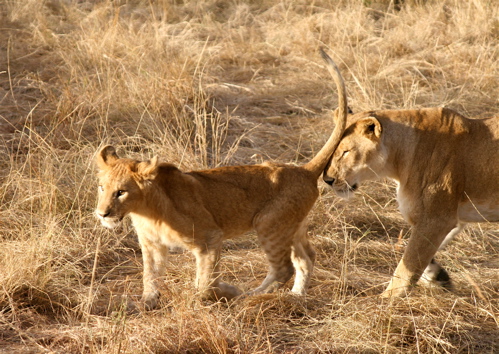