Welcome to an ongoing inquiry about the behavior of people and dogs.
Blog Home >> Animals and the People Who Love Them >> The Right Stuff Revisited

I’m taking a holiday break, surrounding myself with laughter and friends and lighted candles. And good food. Lots of that. Yum.

Whilst I cavort, I’m repeating one of my favorite posts from the past, ten years ago this month, actually, December 29th, 2009.

If you’re busy and need a quick oxytocin rush, scroll to the end and watch a video of a dog who had the right stuff–but it took awhile to find it.

The Right Stuff: Every Dog Has Her Place

Pippy Tay didn’t look much like a purebred Border Collie; I’d bet money that most shelters would have described her as a BC/Labrador cross. She was big, almost 60 pounds, as long as a table, and had a large, square head that had Labrador written all over it.

But she was a Border Collie, the daughter of one of the top trial dogs in the country, and she had an outrun around sheep to break your heart. Early in her training I visited a handler’s farm in Iowa, to get a lesson and work her in a new area. Unlike my little farm, the land was perfect for long outruns, where you could send your dog from the top of a rise, watch them run a semi-circle through a sweeping valley below, and gather the sheep from as far away as you wanted. We trudged to the top of the hill, and Doug said: “Go ahead, send her after those sheep.”

What?! The small flock was at least 300 yards away. Pippy had never done an outrun longer than 75 yards. The difference is huge, bigger than you can imagine until you stand in one spot and watch your dog get smaller and smaller, disappearing into the size of a dark pencil point, running a semi-circle to get behind a fuzzy fluff of sheep. I said as much, not wanting to set Pip up to fail, but Doug encouraged me, said “Go ahead, just give it a try. What could happen?”

“Come Bye” I whispered, and Pippy was gone, ten yards away before I could even register her movement. We watched her streak down the face of the hill, widen out as she got within a hundred yards of the sheep, and circle behind them, far enough away to avoid disturbing them until she found the perfect balance point to control the sheep. She stopped, collected the flock (“the lift”) and walked them in a perfect line back to me. It was a perfect outrun, a glorious outrun, an outrun you’d expect of a older, wiser dog. It was a perfect fetch, slow and quiet and perfectly timed. I didn’t do much of anything, except stand in place, jaw open, heart swelling, blown away by my young dog and her ability. Doug didn’t say much, maybe “Wow.” I think he paid me the best compliment you’ll ever hear from a professional handler. “What did you say the breeding was on that dog?”

A year later, Pip and I were competing in a trial in Illinois, when the sheep took one look at her, turned to face her, ducked their heads like cartoon animals and attacked her. She was literally chased across the field, the audience howling derision in the stands. I truly believe she understood, if not that others were laughing at her, at least that she had been beaten by the sheep. I called her off, and she and I walked, heads hanging, off the field together. That night, I made her a promise to never, ever do that to her again.

The truth is, Pip was never meant to work difficult sheep or compete in trials. Her perfect outruns were a curse to us both, because they overshadowed her lack of power, her fear of being hurt and her total dislike of confrontations. For over a year I tried to make her something she wasn’t, and I still feel a pang of guilt when I remember how fearful she’d be when sheep turned to confront her.

But Pippy turned into one of the most valuable dogs I’ve ever had. Her gentle nature and distaste of confrontation became one of my greatest professional assets. For over ten years Pip worked dog-dog aggression cases with me. She was invaluable and unflappable. She’d lay down 20 yards away from defensively aggressive dogs, and slowly and gradually, reading them perfectly, she’d inch her way toward them. Within minutes they’d be licking her muzzle, or play bowing and tearing around the pen with her, their owners with tears in their eyes because their dog had never played with another before.

Pip taught me so much, and was such a help when I’d work with clients who wanted to compete in agility, but had dogs who hated crowds, or wanted their dogs to visit nursing homes, when the dogs were shy and afraid of strangers. Oh yes yes, training and conditioning can do so much, but it’s so important to know who are dogs are, what they are capable of, and what they are not. It’s the difference between swimming upstream, or down. I’m sure this has happened to many of you: I’d love to hear your stories.

If you want to see one of the best examples of this I’ve ever seen, go to the link below. It was sent by one of our colleagues in the comments section of the last blog (thank you Pike!). If you don’t get an oxytocin rush from watching it, I suggest therapy. . .

MEANWHILE, back on the farm: Still brown brown brown. Not a drop of snow. 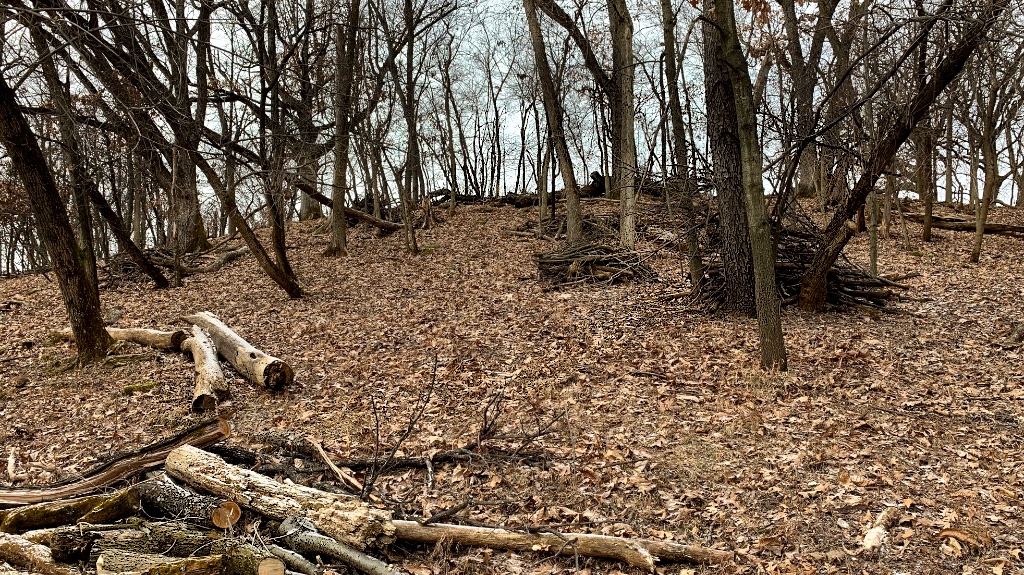 Add the lack of color to the lack of daylight, all the more reason to love brilliant sunsets! 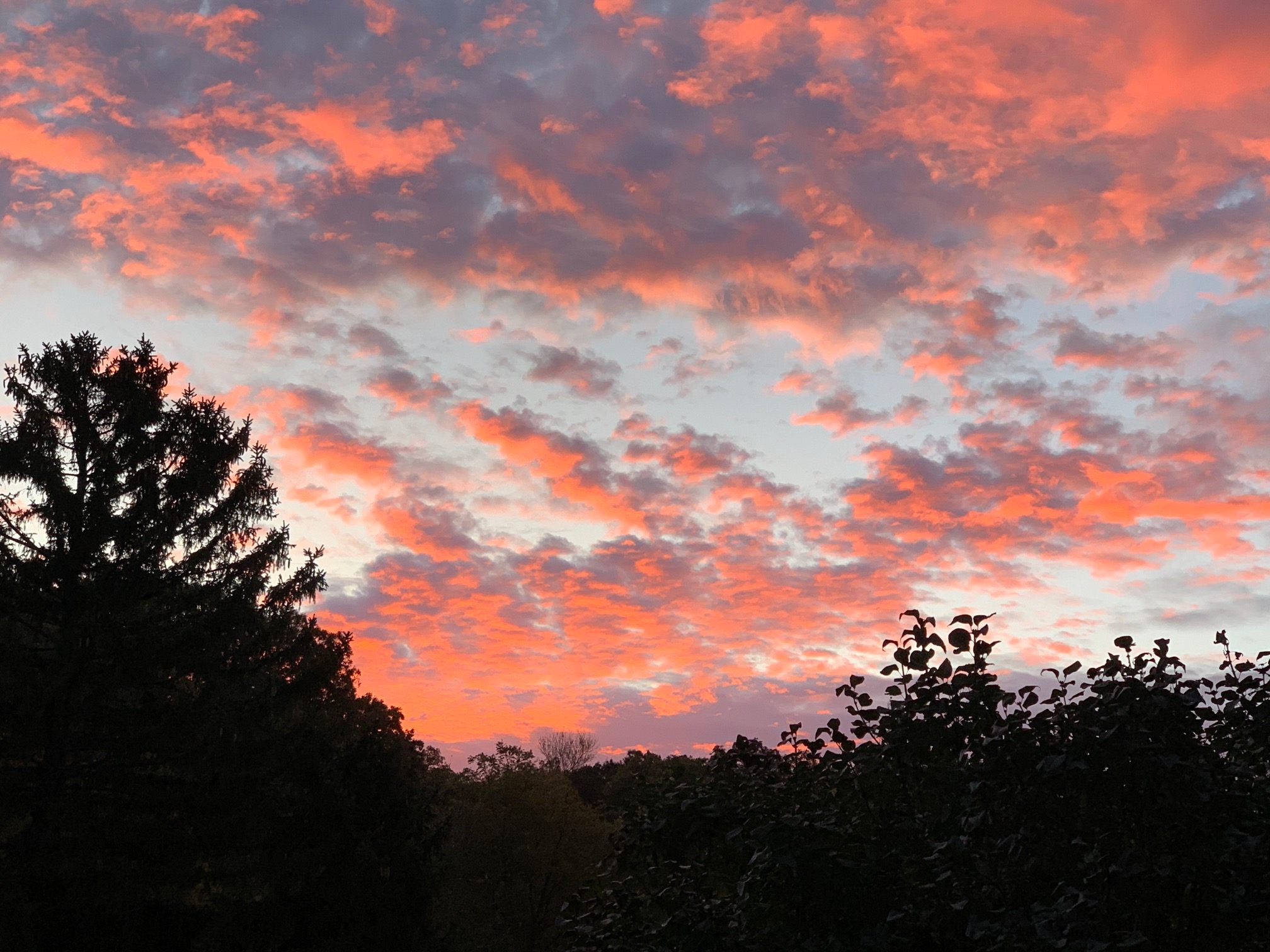 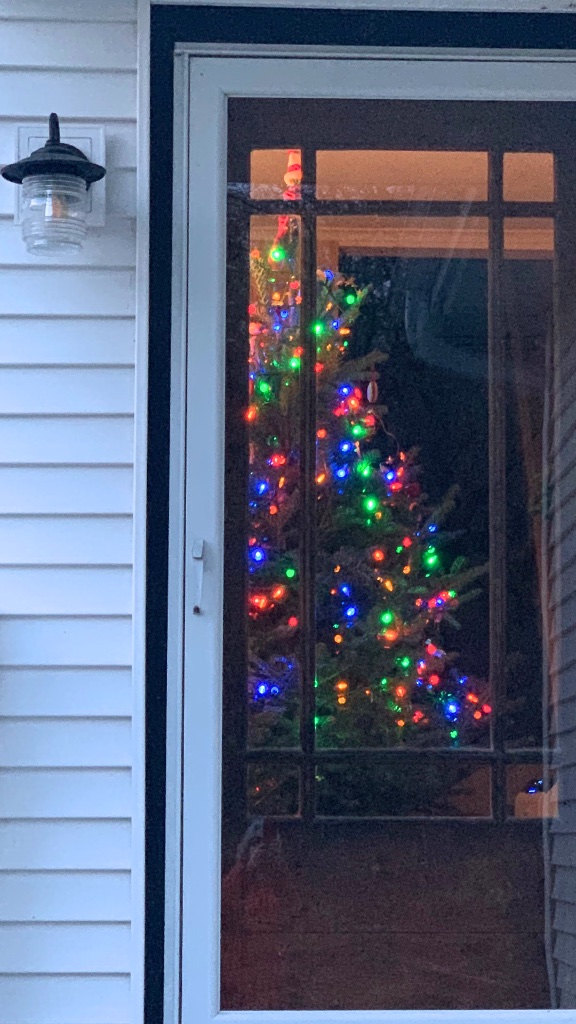 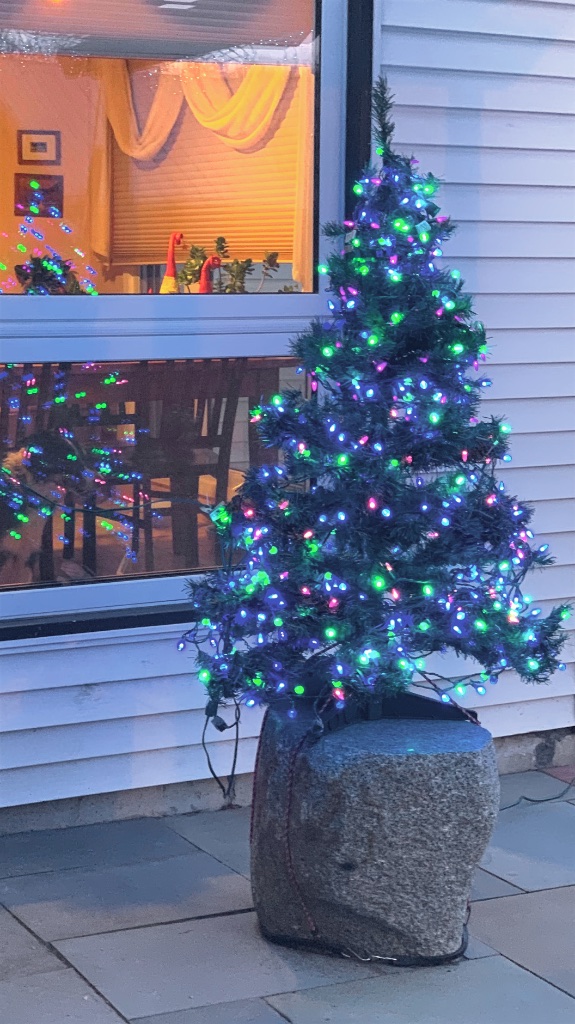 We’ll leave the lights on for you.

May your holidays be both what you want, and what you need.