Welcome to an ongoing inquiry about the behavior of people and dogs.
Blog Home >> Dog Training >> Play in People and Dogs 2, Fall at the Farm

Well, I’ve edited and compressed 31 separate videos for my 2 talks at APDT. Whew. They aren’t perfect, but some of them are truly instructive and a few are just plain fun. It’s been like being in a tunnel for the last 4 days working on these things, and still… I continue to be fascinated by all the issues related to play between people and other animals. One of the the things I’ll be talking about at APDT is how often dogs intersperse PAUSING with active motor patterns. As I watched videos of dogs playing I was impressed by how many times dog would use some typically exaggerated motor activity, whether it was a bite or a hip slam, and then stop and either stand still, or stay still in a play bow position. If you think about it, play bows not only provide information to the receiver that what happens next is “just in fun,” they also give the participants a ‘time out’ to manage their emotions.

I suspect this is one of the problems that people run into when they are playing with dogs. People don’t tend to pause as often during play, and often end up over arousing their dog. The dog spirals up, loses emotional control and ends up biting too hard or cycling into aggression. I’m going to suggest in my talk that dog training classes should include a section on play, including the importance of teaching both people and dogs a “pause” that is on cue for both of them.

I’m also going to talk about play signals… how individuals of both species tell one another that they want to play. It turns out that signals are relatively species specific. Here are 2 photos illustrating typical “I want to play” signals from a person and a dog:

Here is Jasper telling his human he’d like to play, using the stereotypical play bow of wolves and dogs. 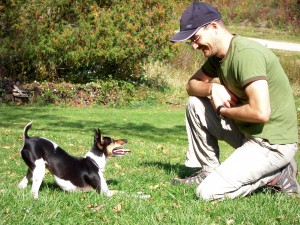 Here is primate Sara  doing the classic “play face” of  a primate!  Primate usually communicate play with their faces, while dogs use a  full body posture… 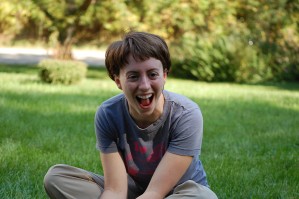 How do you tell your dog you want to play?

And here’s a photo from fall at the farm. It is heartbreakingly beautiful right now.. I have to admit I am loathe to leave the dogs, the farm and the fall colors. But I know that once I arrive at APDT I’ll be caught up in the joy of intellectual stimulation and seeing good friends and colleagues. Come up and say hi if you’re there! 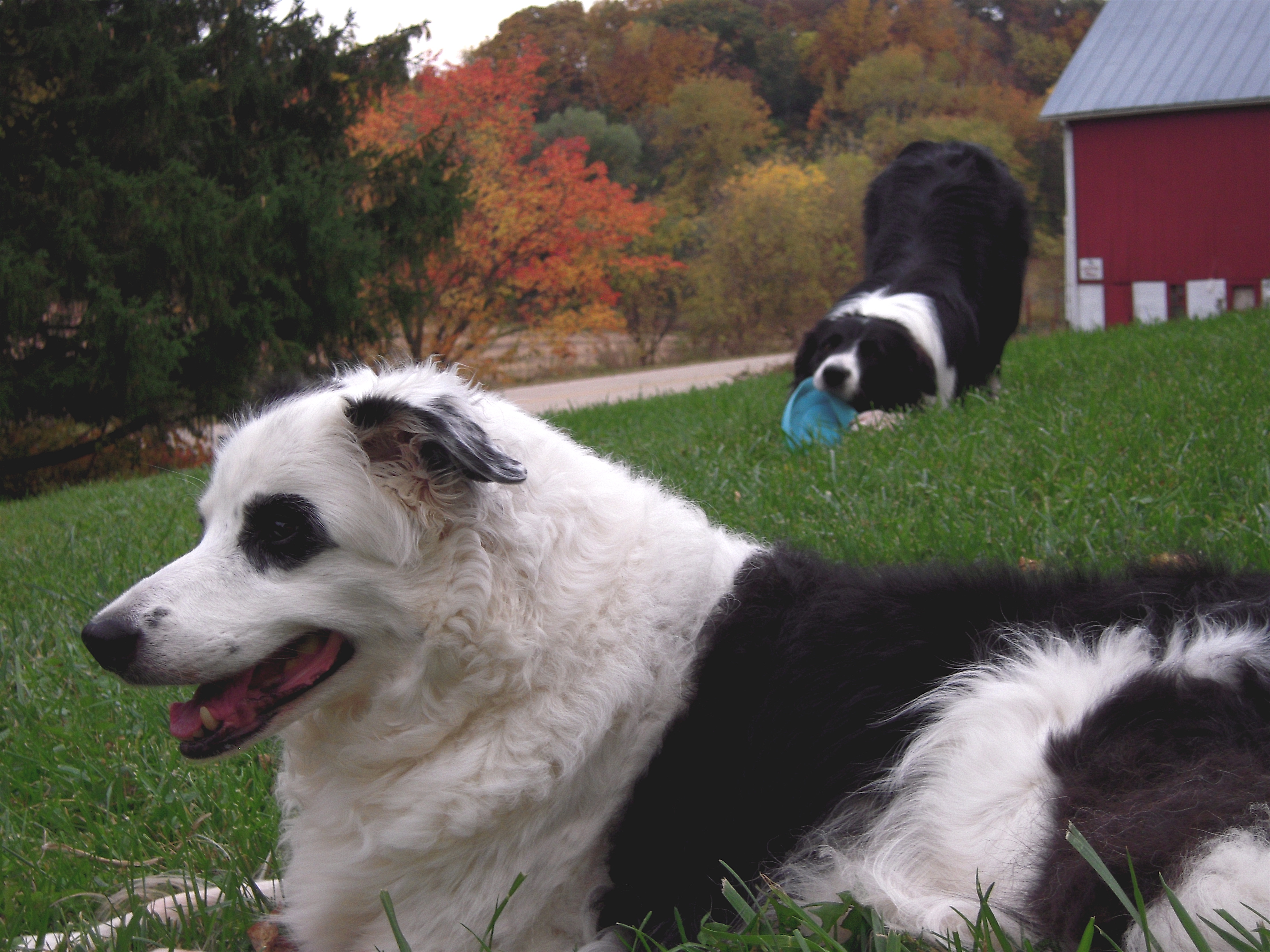 « The mystery of play
More on Play »