Welcome to an ongoing inquiry about the behavior of people and dogs.
Blog Home >> Dog Books >> Why are some People more comfortable around animals?

There’s an interesting discussion going on, on-line, in my university course right now. One of the students asked why some people like non-human animals more than they do members of their own species. There are some extremely interesting comments posted to that question, especially about animals being ‘innocents’ rather than moral agents who can choose to be cruel.

The question, and other potential answers, reminded me of an essay I wrote in Dog is My Co-Pilot, titled “Love is Never Having to Say Anything at All.” In it I argue that one of the reasons we love dogs so much is that, well, because they can’t talk. As I write in the essay: “Words may be wonderful things, but they carry weight with them, and there’s a great lightness of being when they are discarded.” Of course, this appliesall to animals, not just dogs.

Surely there are many other reasons that so many of us are especially comfortable around animals, whether it is dogs or members of another species: so much research attests to the lack of social anxiety that is normal in human-human interactions being absent in the presence of another species (heart rate decreases in the presence of non-human animal, even fish; cortisol decreases while petting a dog (but may increase in the dog!) etc etc. But I’m curious–how many of you feel especially comfortable around animals compared to people? How many feel more comfortable around animals than around people, even friendly, familiar ones? And if so, why do YOU think that might be true?

Meanwhile, back at the farm, it was 9 below this morning, and windy. You’d think we’d all be used to the cold by now, but it felt especially difficult to me last night when I fed the lactating ewes for the last time around 9:30 pm. The cold requires a lot of energy from the sheep, even though they are masters at keeping themselves warm.  Snickers and Truffles, the ewes with lambs, are starting to lose weight, no doubt in part because it takes so much energy for them to stay warm. But most ewes lose weight while they lactate: their lambs begin to put an incredible amount of nutritional pressure on them, so I’m giving the ewes ridiculous quantities of alfalfa hay along with supplemental corn, oats and a protein pellet. I wish they could be eating grass, but that’s a long way off. However, it’s supposed to go into the 40’s by Friday. I can’t imagine.  Here’s what it looks like now: 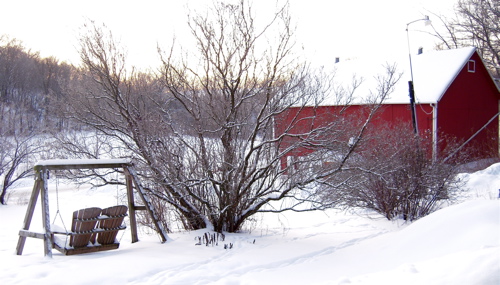 And just for contrast, here’s another absurdly colorful and ridiculously structured orchid from the orchid show last weekend–I think I’ll look at this photo every day after reading bad news, yet again, about our economy. You have to admit, isn’t this just the most joyfully amazing thing? 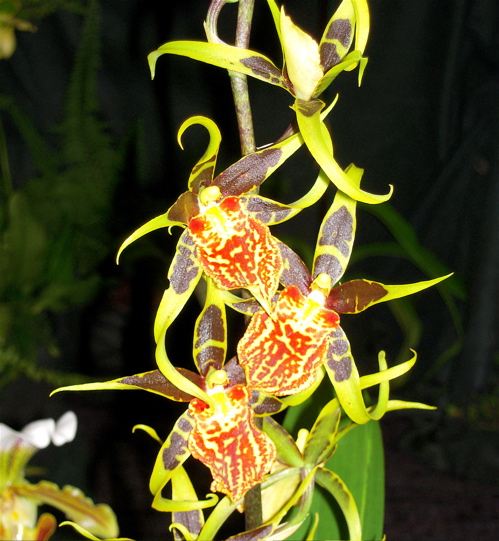 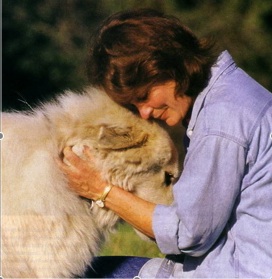 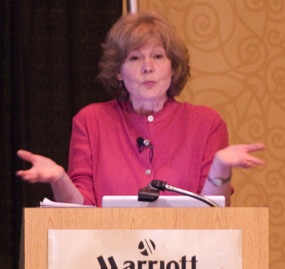 « Tool Use in Dogs or Cats?
Horse and Dog Training–Similarities »