Welcome to an ongoing inquiry about the behavior of people and dogs.
Blog Home >> Dog Behavior >> Dogs & Wolves: Diet and Sociability

We all know that dogs are wolves in one sense (can reproduce and their young are reproductively viable) and, as importantly, that dogs aren’t wolves at all. Just try to teach a wolf “leave it” if you happen upon a dead rabbit.

Here are two new studies that shed light on the social systems of the domestic dog, and might help some of us decide what we need to be feeding our dogs. First, Erik Axelsson and colleagues compared the genes of wolves and domestic dogs and found some very interesting differences. One of the differences is related to diet: dogs have three genes that wolves do not that play an important role in the digestion of starch (for those of you who are interested, the genes are AMY2B, MGAM and SGLT1). This result supports the “village dog” hypothesis, (of Coppinger and others) that dogs derived from wolves who began exploiting a new ecological niche: human garbage dumps. And not just any garbage dump, but possibly dumps containing food remains that correlate with the beginning of the domestication of plants. Here’s a quote from the paper itself:  “In light of previous results describing the timing and location of dog domestication, our findings may suggest that the development of agriculture catalysed the domestication of dogs.”

This is obviously of great interest to geneticists and evolutionary biologists, but also to those of us who are feeding domestic dogs on a daily basis. As you all are well aware, some argue that wolves primarily eat meat, raw meat at that, and we should use the diet of wild wolves to direct the menus of our companion dogs. At the risk of stirring the pot (so to speak!), about ideal diets for dogs, we would be wise to use the study above to remind ourselves that dogs evolved as omnivores who ate a little bit of just about everything 10 to 12,000 years ago. That does NOT mean that individual dogs do not do better on a particular diet. There is no question that some dogs do better eating “A,” and other dogs can’t handle “A” and do better eating “B.” I’d say the take away messages are to 1) know your dog and 2) don’t be seduced into claims that a new dog food is best for your dog because “it replicates the diet of a wolf.”

A second study, published in Ethology, compared the development of wolf and domestic dog pups, and concluded that differences in the period of socialization and the development of the senses might, at least in part, explain why dogs are so much easier to socialize that wolves. Kathryn Lord, an evolutionary biologist at the University of Massachusetts Amherst, suggests the different behaviors are related to the animals’ earliest sensory experiences and the critical period of socialization. You can read a summary of it in Science Daily, but here’s the bottom line: Although both dogs and wolves develop the ability to smell, see and hear around the same time, she argues, the critical period of socialization for wolves is a full two weeks earlier than in dogs. Most importantly, wolf pups are much more active at two weeks of age, while dog pups are pretty much lumps of cuteness. Incredibly cute, but basically non-functional, as every breeder knows. Wolf pups begin their “critical period” around two weeks of age, when they are also extremely active. Lord noted that wolf pups begin exploring their environment at two weeks of age, when they aren’t able to process sensory information–they were basically exploring an environment while being deaf and blind. Perhaps not surprising then that the wolf pups reacted with a great deal of fear when they were first able to see and hear stimuli.

On the other hand, dog pups began their activity around four weeks of age, and in general did not react to stimuli with much fear until much later in their development. This is an interesting finding, but I suspect there is a lot more to it. For one thing, Lord argues that dog pups can’t hear until four weeks of age, and that’s not quite accurate. As I understand it, the auditory canal begins to open around day 13-15, and pups begin to respond to sounds soon after that. They probably can’t hear very well until three to four weeks of age, but there’s no question they can hear something earlier than that.

What’s new about Lord’s study (and yeah for her for doing it) are her observations comparing the “fear factor” in wolf and domestic dog pups. We’ve known for a long time that wolves are much more neophobic than dogs, (afraid of new things), and Lord’s observations certainly add to our understanding of what drives that behavioral difference. Interesting stuff… here’s hoping more comes out of the same laboratory.

MEANWHILE, A DIVERSION! We’ve been having a great time on Facebook with a contest we started called “Take the Pledge.” We photographed Willie and Katie’s Lily “taking the pledge” to be the best dogs they can be in 2013, and asked Facebook readers to email photos of their dogs doing the same. We picked ten of the best photos, and posted them on Facebook. The owner (and dog) of the photo that receives the most “likes” wins a specially signed copy of For the Love of  Dog and one of Willie’s favorite toys. (Don’t worry, he’s got lots of them.) Voting ends Monday, January 28, so be sure to join in on the fun soon. Even if you’re not on Facebook, the pictures are still worth a look to get your daily dose of Oxytocin. Here are just a few to make you smile… 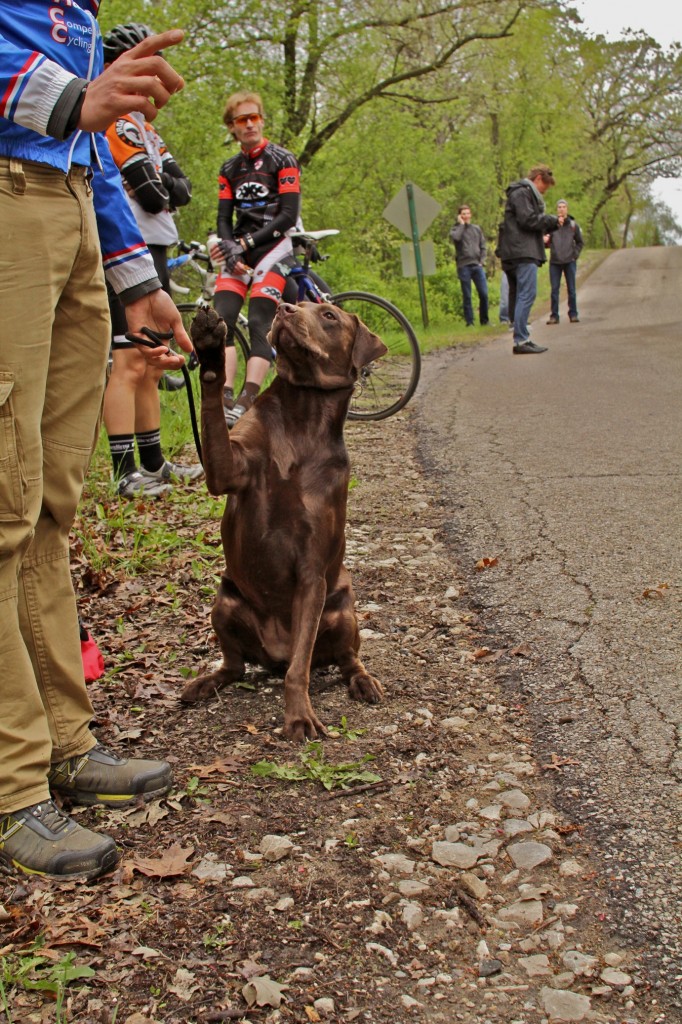 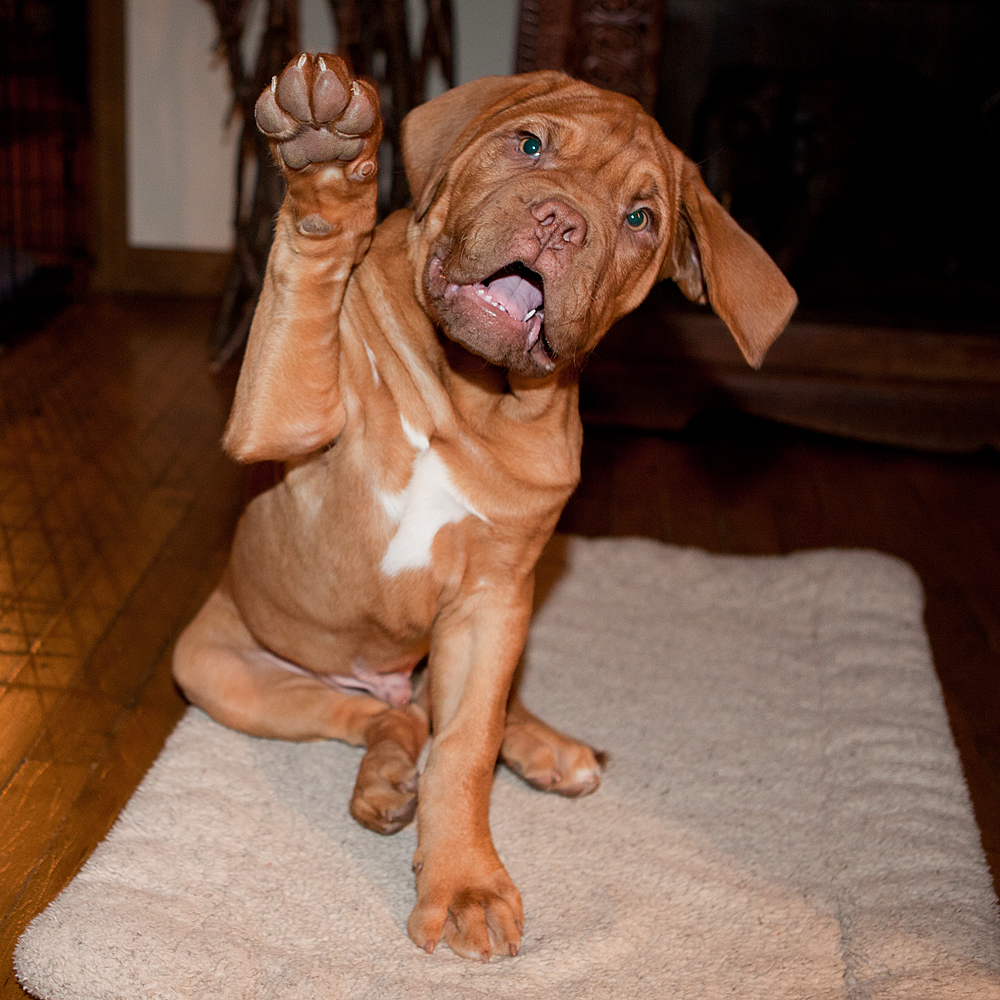 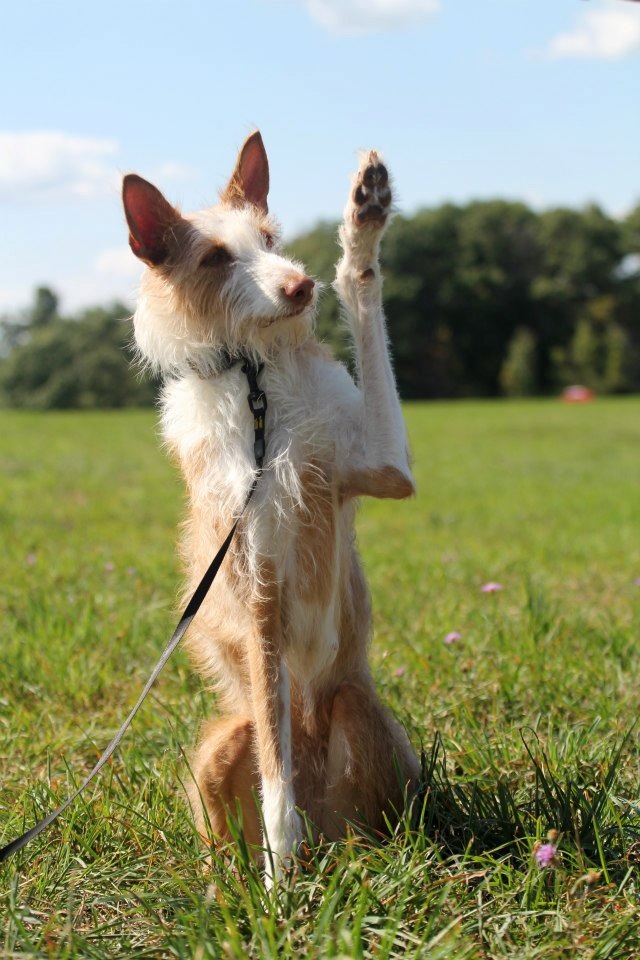