Welcome to an ongoing inquiry about the behavior of people and dogs.
Blog Home >> 2012 >> Archives for June 2012 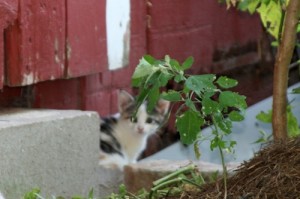 There's good news, and there's bad news. But the bad news is good news. Sort of. And the good news, well... it remains to be seen how it will be cataloged when the chapter is completed. I'll get the first news out of the way now, because its hard for me to write about. Those of you who know me well know that I love cats. I've had at least one cat ever since I've been an almost adult, for over 46 years. One of the best cats I've ever had is Sushi, the cat I got 11 years ago at the Dane County Humane Society. Sushi is fine, don't worry, I'm not working up to tell you that she's died. As a matter of fact, she's never been happier. She's just not at Redstart Farm. Long story short: I'm allergic to cats. A lot. So much so that when I went to the humane society to look for a cat I held END_OF_DOCUMENT_TOKEN_TO_BE_REPLACED

Some wonderful things to report today. The first is that I had a restful and relaxing vacation. I saw lots of friends, gardened, cooked and got back to working sheep with Willie (more on that soon). I took an entire three weeks off, which felt terribly indulgent, but also desperately necessary. The last two years have included many wonderful things, but they've also included some major challenges, including Jim's snapped bicep, surgery and recovery, my badly smashed knee, a summer raising a puppy who was (and is) better off another home, the death of Jim's sister, moving his mother to Madison three weeks later, the out-of-the blue death a month later of Jim's brother, Willie's shoulder injury, surgery and year-long recovery, and a raft of my own health problems that I've been fighting in END_OF_DOCUMENT_TOKEN_TO_BE_REPLACED 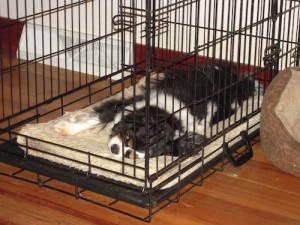 Ah, who doesn't love a good bed? Anyone who has traveled knows the value (and rarity) of finding, Three Bears style, just the right bed. It appears that our dogs share the joy of a perfect sleeping place, and I thought it would be a useful discussion to ask all of you what your dogs like best. I won't suggest that I have any "perfect" answers. First off, there is no such thing, because surely dogs vary as much as people in what they like best. I remember once, while traveling for a sheep dog trial, putting a blanket I'd brought onto the bed and gleefully asking my dogs to jump up and sleep with me. They didn't get to do that at home and I assumed that both Luke and Lassie would be thrilled. (Okay, I was probably most excited of all of us.) Both dogs lept up onto the bed END_OF_DOCUMENT_TOKEN_TO_BE_REPLACED

We're happy to introduce Karen London, Ph.D. as a guest blogger for The Other End of the Leash this week!  Enjoy! If people go running by your home accompanied by their cats, geckos, ferrets, parrots, or rats, then you live in a very different neighborhood, perhaps even a different world, than I do. It’s just not part of our relationship with those species, however close we may be to them. Yet running is something that many of us share with our dogs, to the point that it’s almost cliché for people to swear that their dog is the best running partner they’ve ever had. There are so many reasons why people choose to run with their dogs beyond just knowing that their dogs need the exercise. Unlike most human running partners, dogs don’t ever have meetings that go late. They wouldn’t END_OF_DOCUMENT_TOKEN_TO_BE_REPLACED 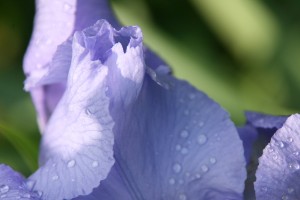 When I was doing my PhD research in the 1980's I wanted to see how a dog's brain responded to different types of sounds before and after training. This was in the 1980's, and the only method available for animals was to do Evoked Potential tests, in which simple, tiny electrical sensors were glued to the scalp. This allowed one to measure activity in the brain in an extremely general way: What kind of brain waves does one see in the Temporal versus the Parietal lobe, for example, after hearing or seeing specific stimuli? Evoked Potential tests are logistically easy to do on adults: You shave tiny areas of the scalp, glue on the sensors, and ask the subject to stay still for a set period of time. The research subject mustn't move, because muscles move through electrical stimulation in END_OF_DOCUMENT_TOKEN_TO_BE_REPLACED