Welcome to an ongoing inquiry about the behavior of people and dogs.
Blog Home >> Animals and the People Who Love Them >> Amazing Maisie

I had a post all planned out (in my head, hadn’t written anything), but Jim’s mother died early Tuesday morning. It is sad and hard and a huge relief, because the last year and a half of end-stage Parksinon’s has been rough on her.

She made it to 95, although she wanted to make it to 100. On her 95th birthday last week, during the few moments she was cogent, she began telling people she was one hundred years old. We corrected her once, then thought “To what purpose?” So we all celebrated her 100th birthday–Congratulations, Maisie, well done. 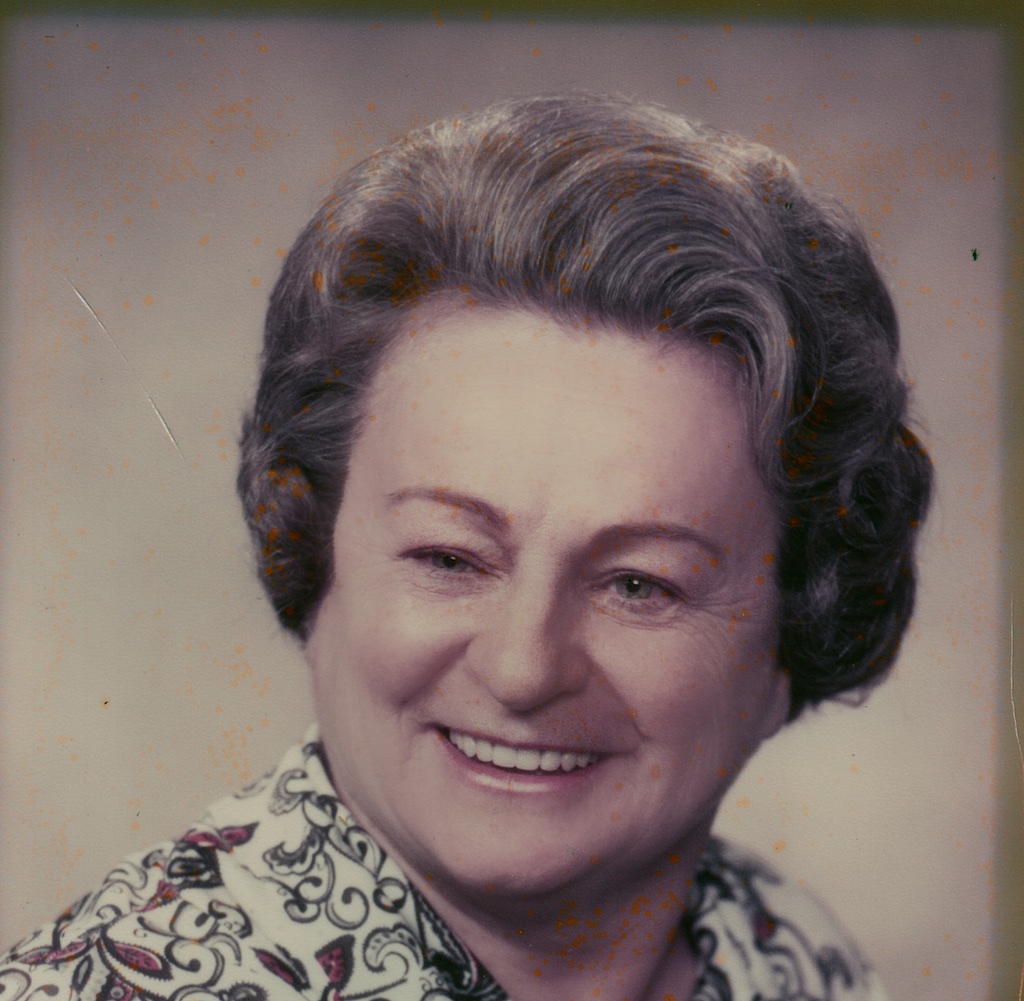 We are where most of you all have been at one point or another: Regular life on hold, lots to do, telling her stories, hugging each other, relatives flying in . . .

So, just photographs today. It’s snowing hard again, it finally looks like January in Wisconsin. About time. I’ll get some more photos later when I can.

Here are Willie and Maggie playing fetch with their Kong Safestix in the snow last week: (Note that I cut the round ends off because Maggie does it herself as if she had a butcher knife in her mouth, and they are the perfect size to stick in a dog’s throat and choke them. In Kong’s defense, it’s not a tug toy, it is for fetching, but it works great for tug games if you cut off the ends. W and M like it better than anything else I’ve tried and it lasts forever.) 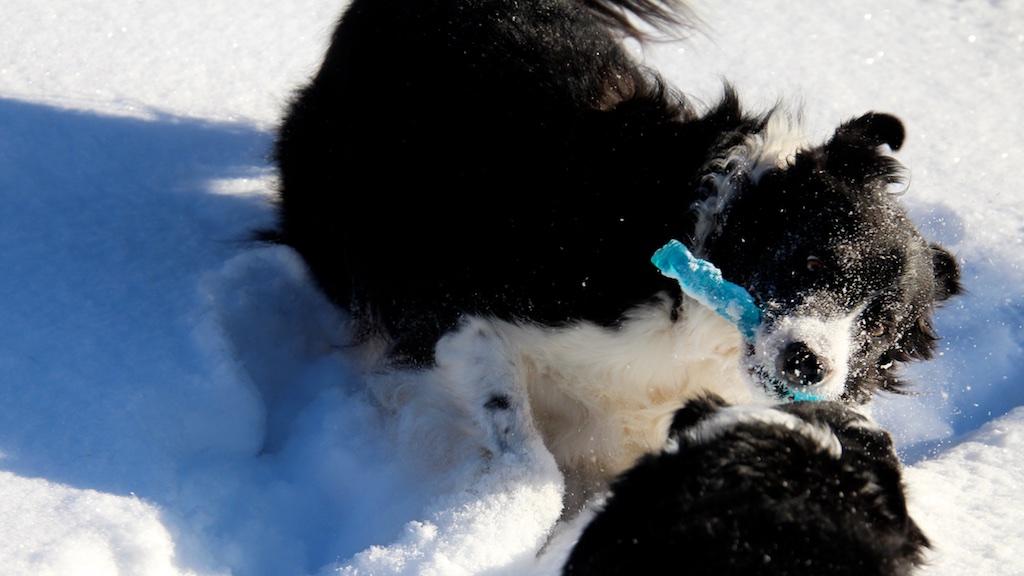 Willie would prefer to have the toy all to himself. 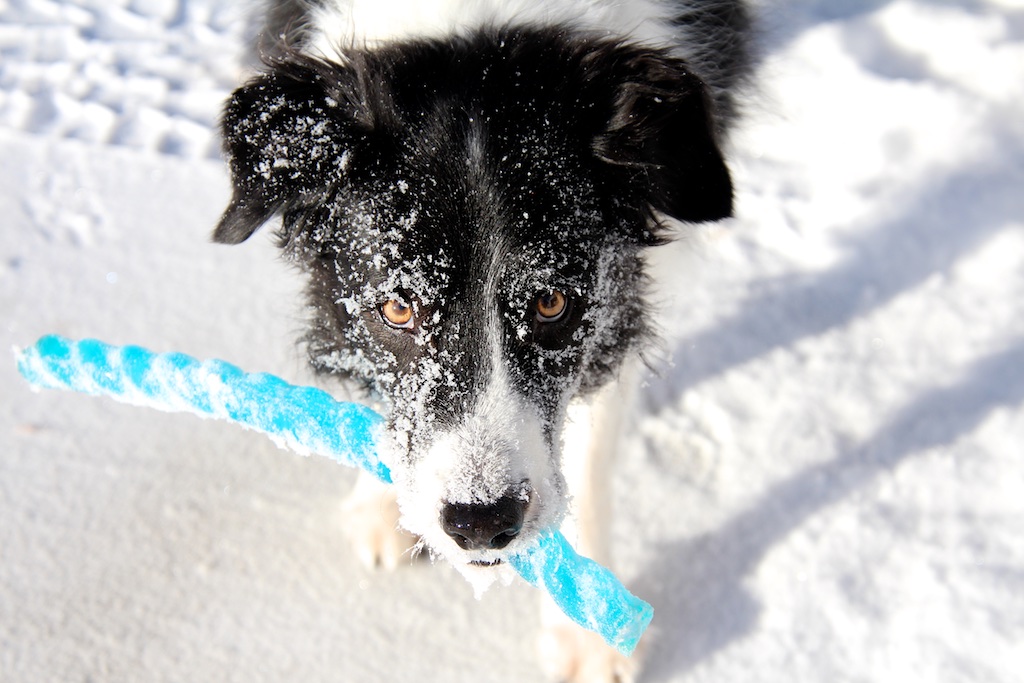 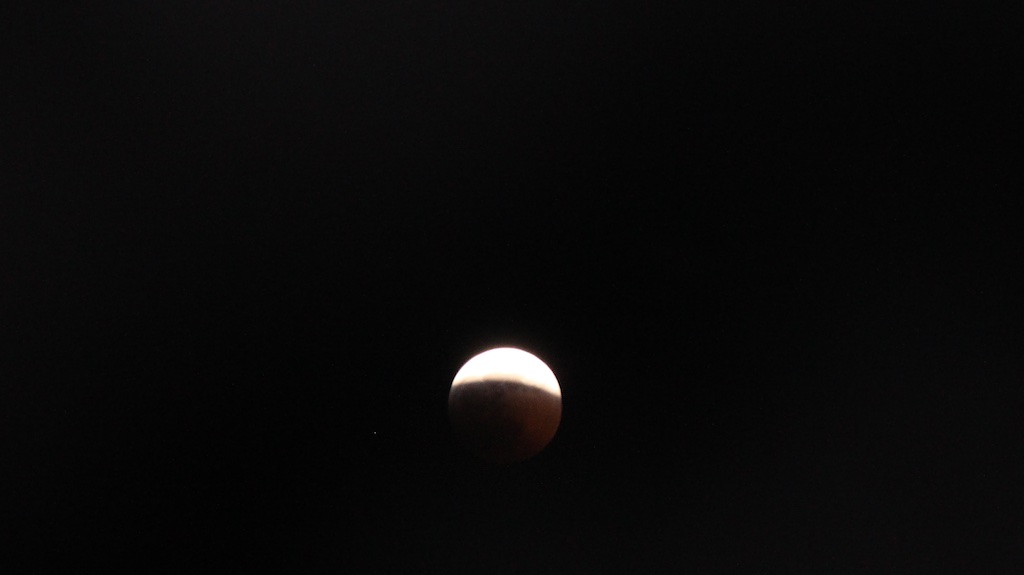 Here’s to you and yours, and to valiant old women who fight like warriors to raise five kids on their own, to manage on a tiny budget and to battle Parkinson’s to the bitter end.