Welcome to an ongoing inquiry about the behavior of people and dogs.
Blog Home >> Animals and the People Who Love Them >> It’s How You Say It 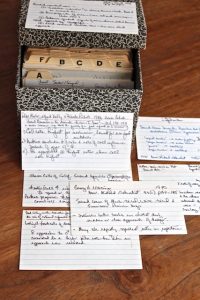 For those of you without grey hair, the index cards on the right are how we organized information back in the dark ages. (Also known as The 80’s.) I found hundreds of them this weekend while cleaning out a closet, kept from the research I did for my dissertation on the effect of acoustic structure on receiver response.

I have to admit that I was amazed at how much work I had done researching the central question–does the structure of a sound influence how an animal responds to it? I’m sure you know that feeling–“Did I really write that?” or “Did I really climb that mountain?”or “Was I ever that young/pretty/strong/athletic?”–insert appropriate adjective here.

Besides being blown away by the effort involved in doing research and keeping track of information in years past, I was also struck by the universal truth, at least in mammals and birds, that “It’s not so much what you say, but how you say it”. Back in the 80’s, I recorded acoustic signals from over 110 animal handlers speaking a variety of languages (including some obscure ones like Basque and Quechua) to encourage working dogs and horses to sped up, slow down and go right or left.

The results were overwhelmingly consistent: Handlers used short, rapidly repeated notes to encourage movement or speed animals up. They used short, abrupt single notes to stop fast-moving animals, and long, slow extended notes with little frequency change to slow or soothe them. Part of my analysis was comparing how each individual handler changed their signals depending on how the animal was behaving and how they wanted it to behave. Look at these sonograms from one handler, using clicks and smooches to get her horse moving. 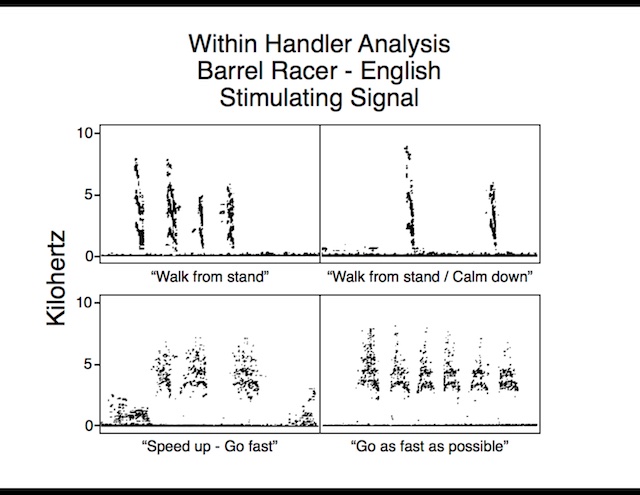 The 4 tongue clicks in the upper left were given while I stood beside her (my bulky Uher tape recorded strapped to my chest) and asked her to use sound to get her horse moving forward. (Sonograms are easy to read–frequency or pitch (high or low) is on the vertical axis, time on the horizontal. “Pure” sounds like whistles look thin, while “noisy” sounds like voice and smooches are fatter.

In the top right, the handler still made “short, repeated notes,” but half as many and with a longer inter-note interval. I had again asked her to start her horse walking, but at that point her horse wasn’t standing still quietly. He was frisky, and you can see that she moderated the qualities of the sound’s structure to modulate how stimulating her cue would be.

In the bottom frames she and her horse were trotting past me. When they came along side I had asked her to signal her horse, using sound only, to speed up into a canter (bottom left) and later, to go as fast as possible (bottom right). The vertical notes are smooches, and you can see that she increased the number of notes and decreased the inter note interval to get her horse to gallop.

Here’s what is crazy cool about this. First, it’s not just that we humans use sound this way to communicate what we want the receiver to do. It’s that it works, and not just for our species. For example, check out what Marler, Duffy and Pickett found in chicken vocalizations. Note they say that the “call rate” (# of notes per time interval) influences the approach of the hen, and that females approached at the highest rates to calls given at the highest rates. In other words–short, rapidly repeated notes act to speed an animal up, just like it does when we call “Pup Pup Pup Pup” or click repeatedly to get a horse to move forward. All those note cards, about the vocalizations and responses of dozens of species of mammals and birds, contained a raft of information that HOW you say something makes all the difference. You gotta love science! 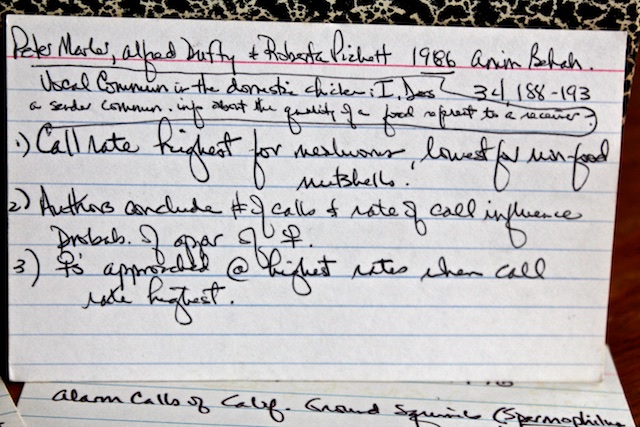 (FYI, my dissertation was published in 1988, titled “The Effect of Acoustic Features on Receiver Response in Mammalian Communication,” University of Wisconsin–Madison. You can also read about this research in McConnell, Patricia B. 1990. “Acoustic Structure and Receiver Response In Canis Familiaris.” Animal Behaviour 39: 897–904.)

This research had a profound effect on how I talk to my dogs. Short, repeated notes to call them to come or speed them up. Long, slow words with little pitch variation to calm or soothe (“Goooooood boy” to Willie in at the vet clinic) and short, abrupt single notes to stop them on a dime while running (“Whoa!” or “Down!”) And you? How do you decide what acoustic cues to use for each signal category?

Of course, sound is not magic. No amount of soft, soothing words are going to completely relax a terrified dog, and a blur of staccato notes won’t speed up one refusing to move forward. But it’s always good to remind ourselves that how we use our voice is important, and it is a good idea to review that part of our training repertoire every once in a while.

And you? I’d love to hear what you’ve learned about how you use your voice when talking to your dog.

MEANWHILE, back on the farm: Finally snow! Granted, it was 5 below when we woke up, but it’s good to see some snow on the ground after so little this winter here in southern Wisconsin. I’ve been beginning to worry about a drought in spring, and this assuages those fears a bit. Besides, it’s pretty for us and the dogs seem to love it. Even the sheep are happy–they love eating their hay off the ground instead on in the feeders. 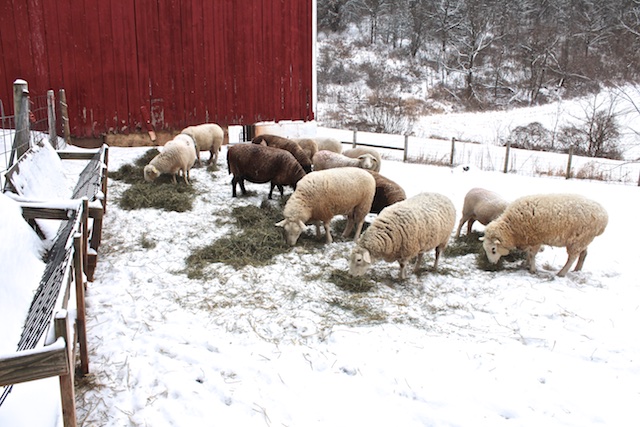 The snow also motivated me to remember what I learned in my Contemplative Photography classes–look at everything as if you’d never seen it before. 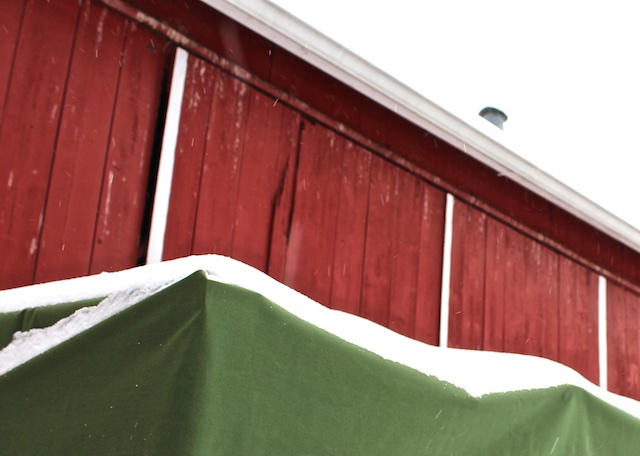 Inside, one of our Amaryllis continues to go crazy. This is just one bulb folks. Holy moly! 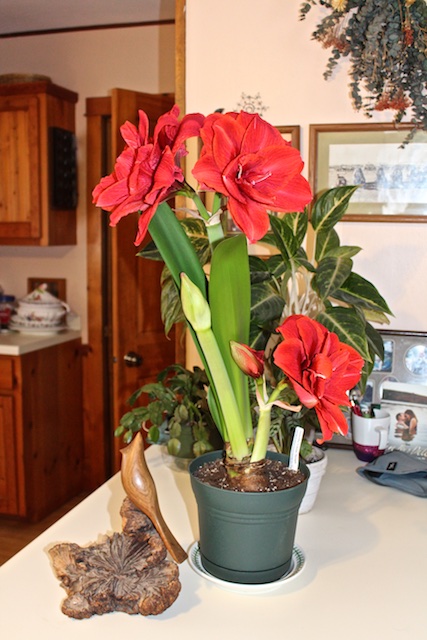 Here’s to winter outside, and spring inside. I hope the weather is what you want it to be where you live.

« Winter: Black, White and Carmen Red
Let The Fetch Games Begin. Or Not? »