Welcome to an ongoing inquiry about the behavior of people and dogs.
Blog Home >> Archives for 2011 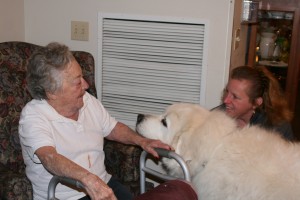 So many books, so little time! Here are a few I'm enjoying: Magnificent Mind at Any Age by Daniel Amen. This is a fascinating book by a psychiatrist who began doing SPECT scans of his patients brains and discovered how many psychological/behavioral problems related to brain function. It's an inspiring book for anyone looking to improve their health and behavior, and besides being motivated to exercise more and stop drinking diet soda (I know, I know), I find myself thinking about dog behavior on every page. Daniel relates multiple cases of people with behavioral problems (fear, depression, anger, impulsivity) that are improved through diet, exercise, supplements and medications that specifically work on areas of the brain related to those problems. Anyone out there see any dogs who are END_OF_DOCUMENT_TOKEN_TO_BE_REPLACED 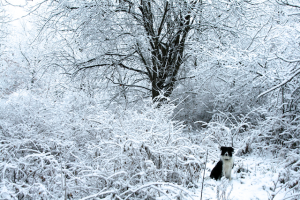 Or, alternative title: Adventures in the Willie Wonka Fear Factory. If you're cocking your head in confusion, this is about Willie's recent (and relatively new) fear of men. To review briefly: As a puppy he was pathologically afraid of other dogs, exceptionally sound sensitive and, in some contexts, quick to anger. But he adored people, loved everyone. As an adolescent, like many dogs, he developed new fears, and became cautious around unfamiliar men, but it was easily handled by having guys throw balls for him. I always knew I'd need to manage it and that I could never completely close the book on his fears, but it was easily handled and he usually appeared to be thrilled to meet unfamiliar men after about 4-5 months of counter conditioning. And then, three weeks or so ago, he barked END_OF_DOCUMENT_TOKEN_TO_BE_REPLACED 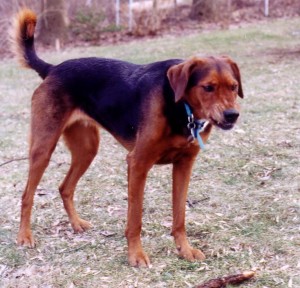 CAN DOGS GET ANGRY? Yup, I'm here to say that they can. Do they get angry as often as humans? Nope, and thank heavens for that. If they did, I doubt we'd live with them, given that they have carpet knives in their mouths. Just like people, they vary tremendously in how often they experience or express anger. I've known some dogs who appeared not to have an angry moment their entire lives. More commonly, I've worked with dogs who, on occasion, are clearly frustrated at not getting what they wanted or expected. And rarely, I've worked with a small number of dogs who appeared to live in a state of 'road rage' for weeks, months or years on end. So even though I would never say that anger in dogs is an exact replica of anger in people, both in its frequency and how we experience it, it is a END_OF_DOCUMENT_TOKEN_TO_BE_REPLACED 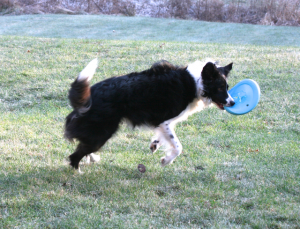 No, seriously. And so do you. No kidding. I'm so interested this, a relatively new discovery about what's called the Enteric Nervous System, that I wanted to write about it today. I'll get back to emotions in dogs soon, but I'm in the Oh Wow phase of this information, and wanted to share it. (Granted, this is not new information to the researchers who have been studying what's called the ENS for decades, but the information does seem to be leaking out slowly. No pun on 'leaky gut syndrome' intended...) Here's the deal, and here's how it relates to our dogs and their behavior. It turns out that there is a vast network of neurons--that's right--neurons--in your intestines. 100 million of them. Of course, your brain has 100 BILLION, but still, that's impressive.  Neurons were supposed to END_OF_DOCUMENT_TOKEN_TO_BE_REPLACED 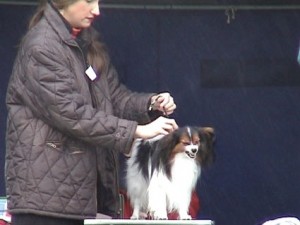 Well, it seems appropriate now to talk about disgust after a weekend of gluttony. (But what fun cooking paprika chicken and pot roast and roasted brussels sprouts and home made bread and pumpkin and cherry/raspberry/rhubarb pie. Not to mention eating all the turkey that others cooked and I ate up as if I was starving.) It's been interesting reading about whether dogs people believe that dogs can experience disgust. Recall that 66.2 % of seminar participants said yes, and 78.3% of blog readers who responded said yes (this may have changed as later responses came in, but not significantly). (The Morris research listed only 34% of people responding yes, but a blog reader commented wisely that the question wasn't "Can your dog..." but "Have you observed your dog experiencing END_OF_DOCUMENT_TOKEN_TO_BE_REPLACED