Welcome to an ongoing inquiry about the behavior of people and dogs.
Blog Home >> Animals and the People Who Love Them >> Don’t Let the Chain Fool You 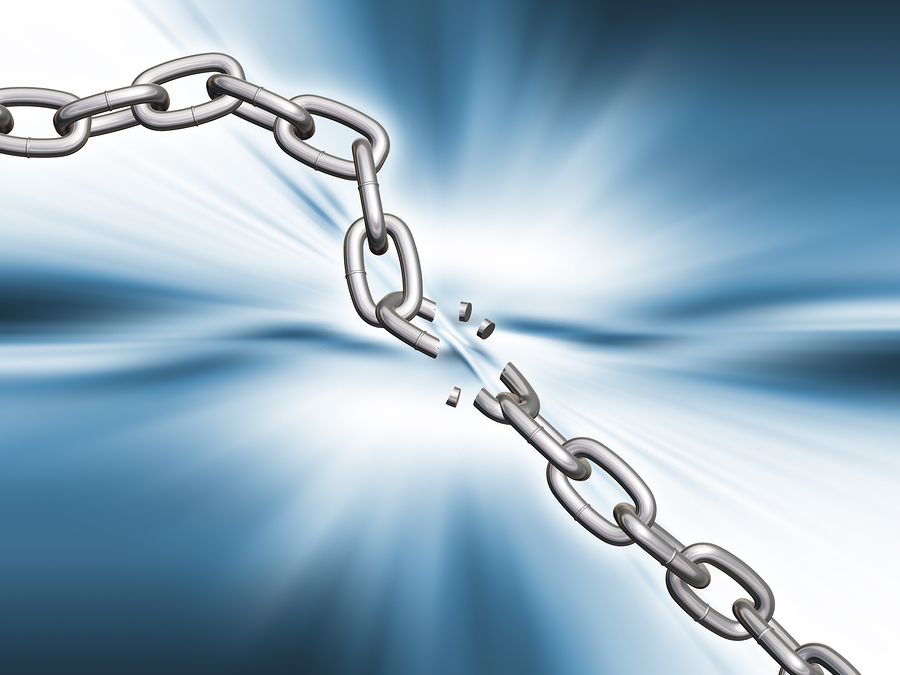 The word “chain” and “fool” can be linked in another way, in this case, when you’re training your dog. I’m of course, talking about “behavior chains” in which your dog learns pretty much the opposite of what you wanted. The examples are endless; here’s one: Your dog begins barking at something out the window, you call him to come to you, and reinforce him for coming (and thus not barking). He goes back to the window and continues barking, so you call him back to you, and reinforce him stopping barking and coming to you. All good right? You stopped your dog from barking, and reinforced the behavior. Except pretty soon you have a dog who is barking at a leaf falling in a remote rain forest, or more likely, nothing at all, because he’s learned that doing so has taught you to call him to come so that he can get a treat. It’s the old “who’s training who” problem. 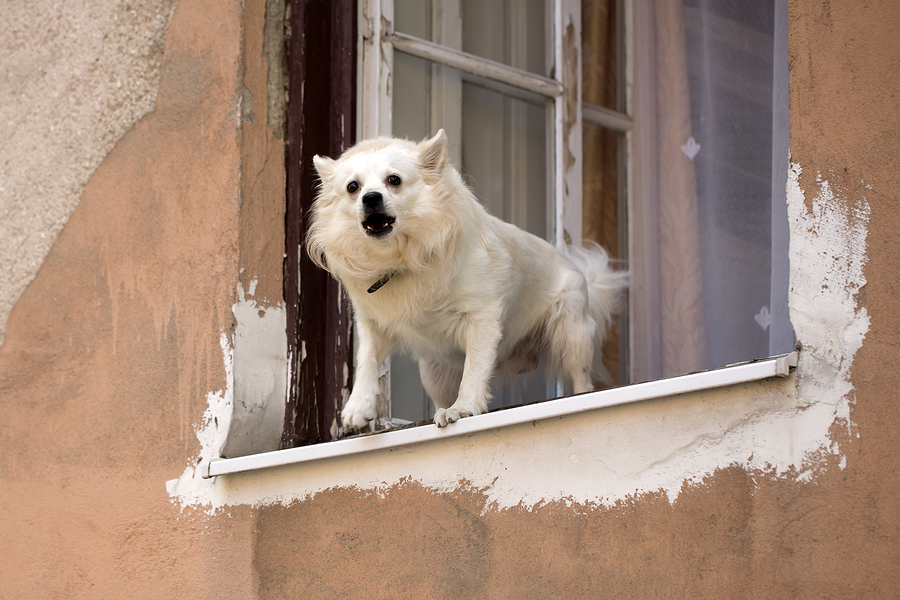 This just happened to me when Maggie refused to enter the woods in an area where we often walk.  There had been a tussle in the woods the day before–two other dogs engaged in lots of sound and fury with no injuries–and it clearly terrified Maggie (the dog who leaves the room if I drop a glass and say, “Oh S*&%” even slightly above normal speaking volume). The next day, she truly was afraid to go into the woods, frightened of what monsters lurked in The Woods Where the Evil Witch’s Monkeys Are Waiting to Snatch Us up.

You know where this is going, right? Repeat this a few more times before my brain engaged, and sure enough, Maggie had learned: “If I stop on the trail, Trisha will call me to come and I’ll get a treat. Got it.”

Whoops. Luckily, it didn’t take me too long to figure it out. I cancelled out that chain immediately, but then . . . what next? I could have put her on a leash and hauled her along with me, but I wanted her to make the choice.  First I tried walking away with the other dogs (dogs she knows well, and, importantly, minus one of the dogs who was involved in the frakus). Maggie stayed put until I was over 75 yards away, and now out of sight. I could have waited to see if she eventually caught up but 1) she might have trotted back to the car (not safe) instead of coming forward further into the woods, and 2) the mosquitos were unbearable and it was super hot with eight thousand million degrees of humidity. So no, not doing that.

So, I made sure she could see me, called the other dogs and gave them treats to get her attention. Then I gave her the signal I use when she is far away from me and working sheep that means “Whoa, Maggie, what you are doing is wrong”. You can call it a correction or a cue that adds information like many people use which means “uh uh, try again”.  I said “Nope!” in a low voice, although not a particularly loud one.

Then I walked back to her and showed her the treats in my hand but didn’t give her any. I walked two strides forward, and this time she walked with me, so I reinforced her. Okay, now we’re cooking. After that she got reinforced for walking beside me. She did stop a few times, but I stopped right away too, prompted her to move forward with a dip of my torso, and reinforced her again only when she was walking beside me.

The next time we walked in the woods she was still clearly hesitant, so I gave her lots of reinforcement for walking beside me. This time she didn’t need any prompts. But I don’t want her walk in the woods to be “on heel” with me, so the third time we went back, after we were partway in the woods, and she was walking beside me with little reinforcement, I said “Go on a Walk!” which is a cue to run ahead and explore. She did, and we finished the walk with her behaving almost normally. But not quite; my guess is it’ll take her several more walks before she’s completely over it, because she was truly frightened by what happened.

Thus, I broke out of the chain, but it would have been a lot easier to avoid it in the first place. I’d beat myself up over getting sucked into it, but then, that wouldn’t do me or Maggie much good. Besides, I bruise easily.

Who among us hasn’t been caught up at least once in these behavior chains? I think it would be helpful to all of us if you’d join in the conversation and tell us your story . . . when/if you got caught in the chain, how you got out of it and how you avoid it. To add to the conversation, not long ago one of our readers mentioned a great article about this in Dr. Jen’s Dog Blog. I loved it, and loved the reminder of how easy it is to get caught up by what I am now calling, with due respect and benevolence to all of us, The Dog Training Chain of Fools. Cue Aretha.

MEANWHILE, back on the farm: The heat and humidity finally broke on Sunday. FINALLY (yeah, I am yelling). But it has led to some gorgeous sunsets–here’s one that Jim took a few nights ago. 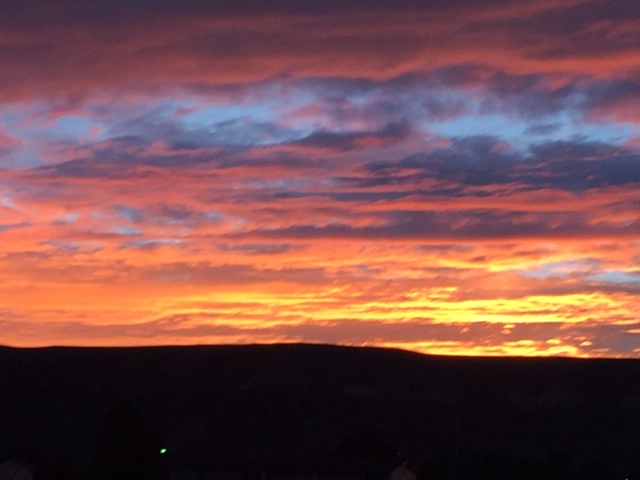 Maggie and I have been working sheep early in the morning before it gets too horrible, but last night she was cool enough for a cuddle on the couch and wool pillow. 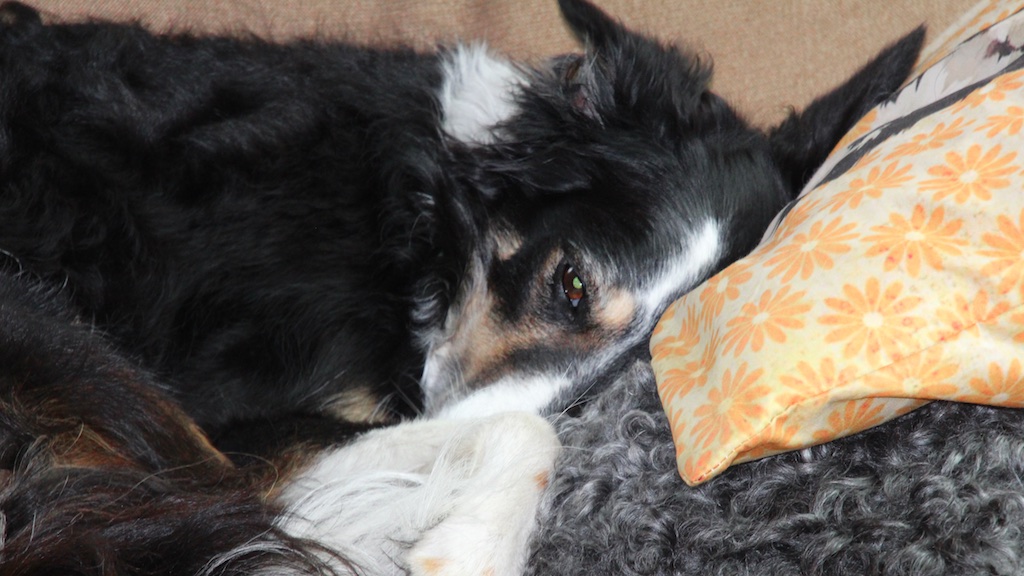 I’m so glad that we are no longer held hostage inside the house by the weather, because the garden flowers are at their peak, led off by an explosion of lilies: 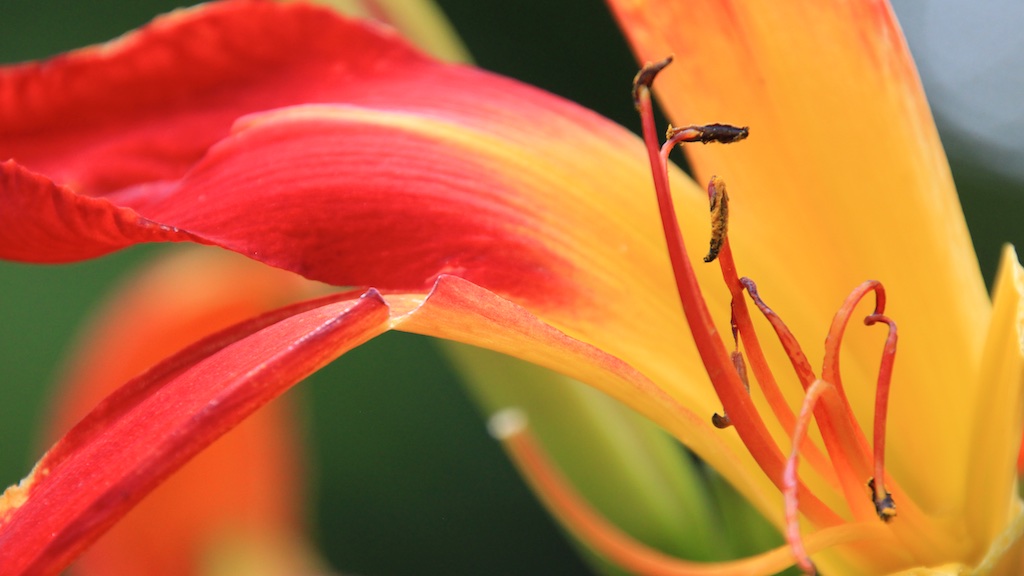 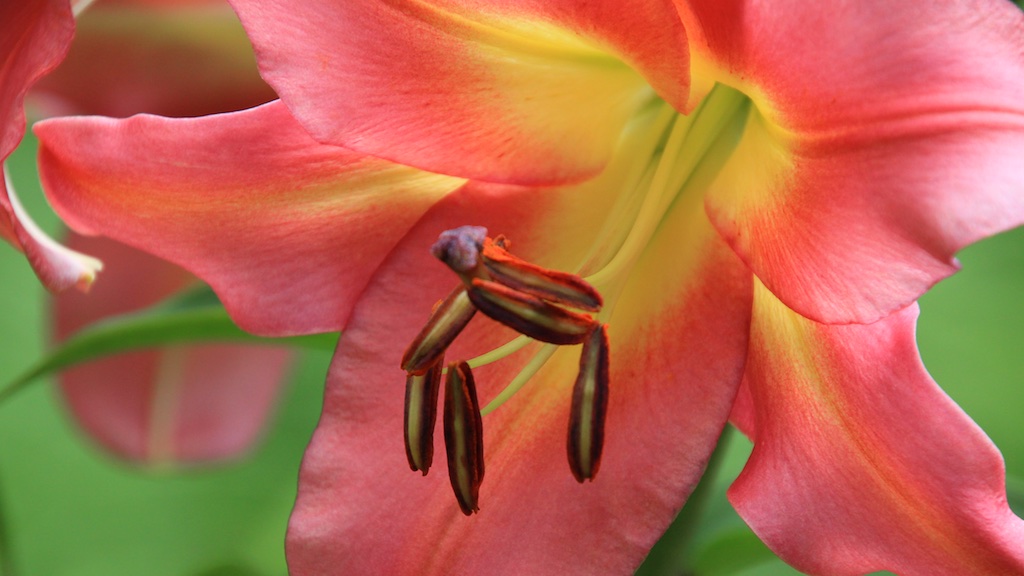 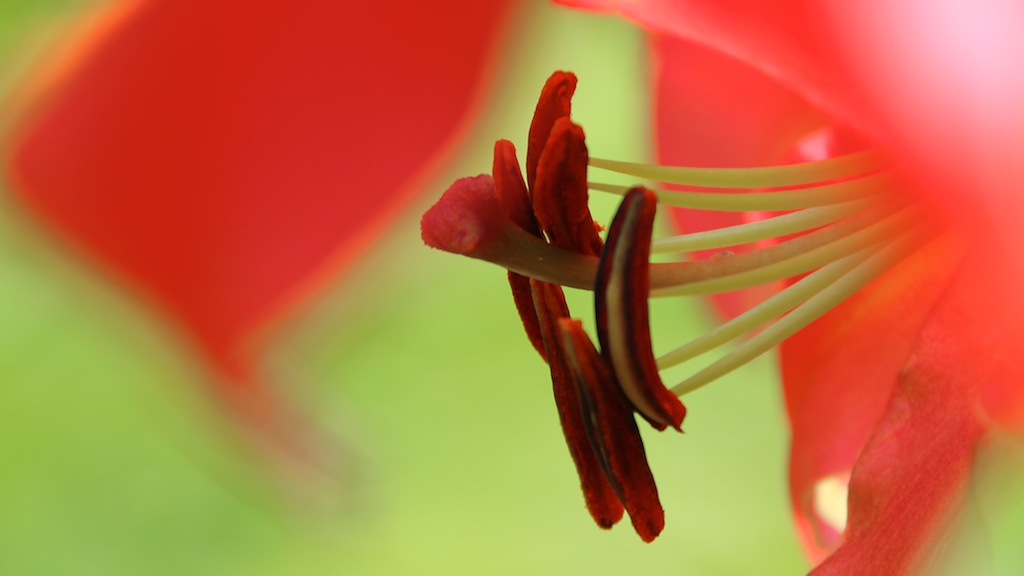 The flock up in the pasture must be happy too for the break in the weather: 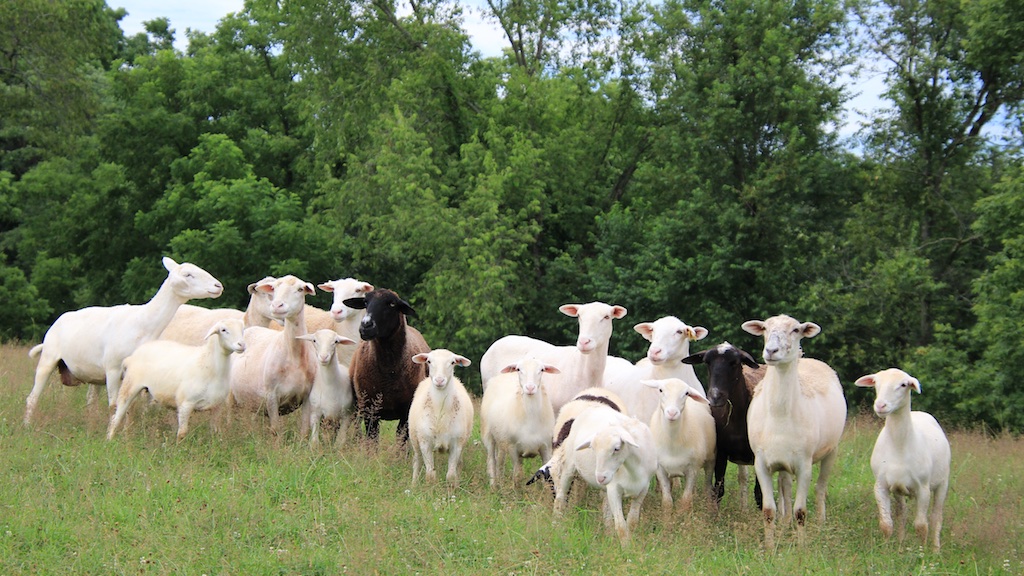 So many things are making me happy today–the flowers, the sheep, and especially, better weather. What’s making you happy this week?

« Save the Date(s)!
Dogs and Happiness »