Welcome to an ongoing inquiry about the behavior of people and dogs.
Blog Home >> Animals and the People Who Love Them >> I’m Little And Adorable. Don’t Make Me Bite You. 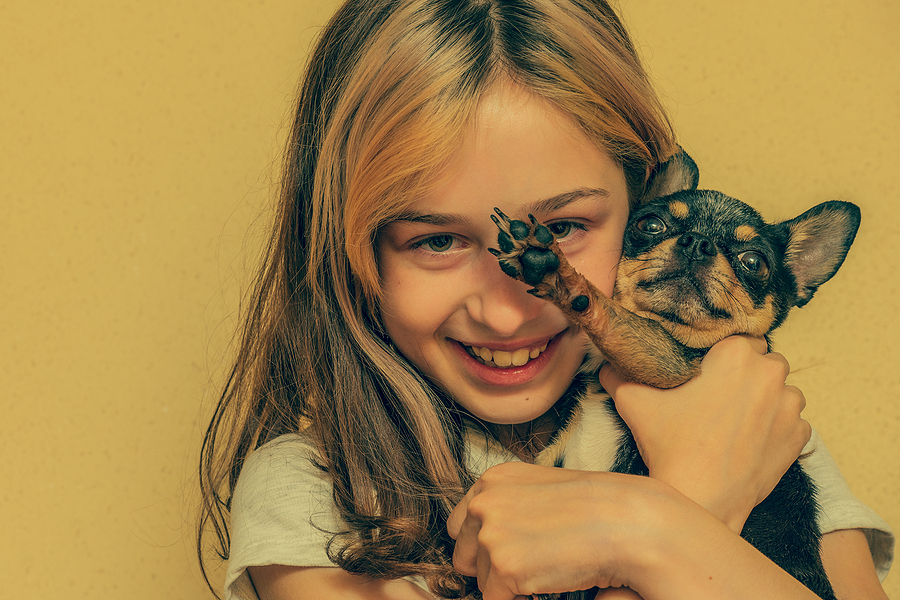 I’m little and adorable and I might bite you. Because you pick me up and sweep me into the air when I least expect it and it scares me and I hate it and no matter what I do I can’t seem to stop 2-legs from doing it to me all the time like some monster out of a horror movie. What else am I going to do to protect myself? Call my lawyer?

Okay, I, the writer here, could never be described as little, my husband occasionally tells me that I am adorable, but, well, he’s my husband, and I have never bitten anyone in my life. Nor have I threatened to. (No promises about the future.)

But surely that’s not a bad approximation of what tens of thousands of little dogs are wanting to tell us.

A good friend of mine told me that her Papillon puppy morphed from outgoing to fearful because so many people snatched the adorable fuzz ball up into the air before she could stop them. 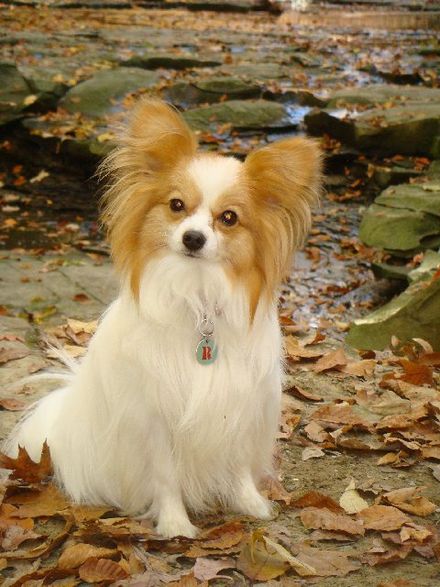 It is possible to be any cuter? Just asking.

And I get it, truly I do. We are programmed to go all weak-kneed and oxytocin-crazed when presented with something so adorable. Otherwise few children would make it past the age of three. But there are consequences, some of them serious. Duffy, Hsu and Serpell did a landmark study in 2008 that found Dachshunds, Chihuahuas, Cockers, Beagles and Jack Russell Terriers had the highest percentage of aggression of 30 breeds directed toward humans.

Of course, that was 12 years ago, and has nothing to do with the extent of the injury that was caused (or even is there was a bite, for that matter). I will admit to actually laughing once in my office when a 10 pound dog charged at me, teeth bared. I’d just said good bye to a client with an aggressive Husky who spent the entire hour staring at me like a serial killer in a bad movie. I knew the little dog could hurt me, but it was easy to fend her off and it’s difficult to take a tiny dog seriously sometimes. 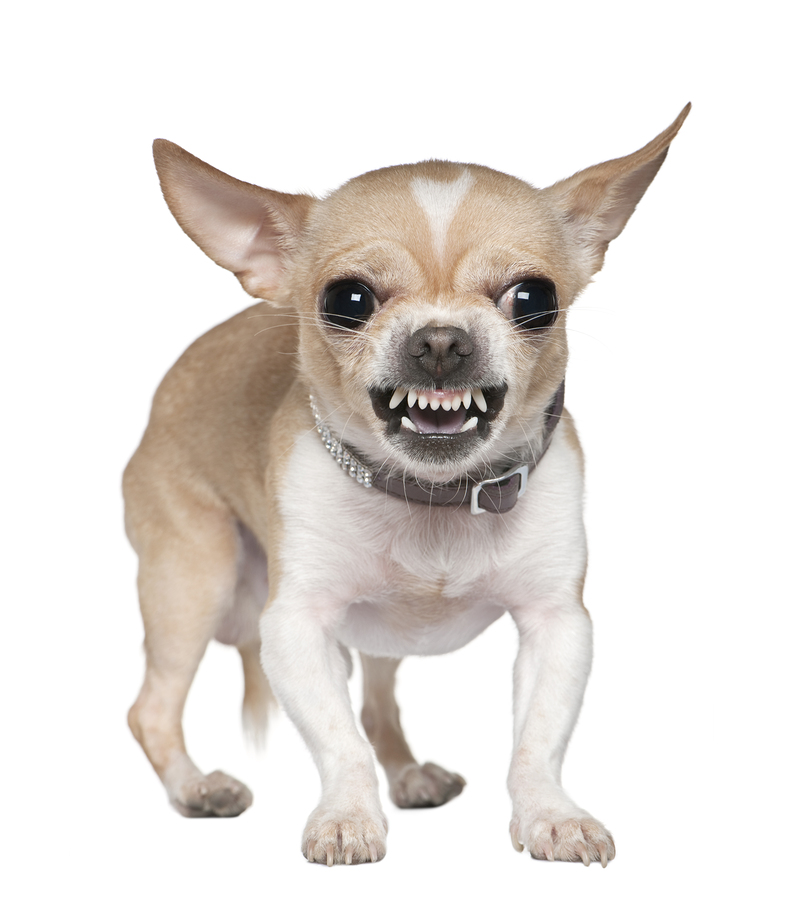 This dog is listed as “angry” from the photo service, but I’d bet the farm that it’s frightened.

But what is it like to be a tiny dog, to be 10-12-18 inches high in a world of monsters, and never know when you are going to be snatched off of the earth like a mouse in the talons of a Red-tailed Hawk? Serpell has argued, eloquently I think, that many small dogs are on defense all the time. Surely being frightened and on alert at every moment is a recipe for any one to be defensively aggressive.

What of the millions of dogs who would never use their teeth on us, but who live in fear of being picked up? Our Tootsie had the lowest probability of being aggressive of any dog I’ve ever had or worked with. I can’t imagine what would have caused her to even growl at a human. But we worked hard to teach her that it was okay to be picked up, and tried to do it as carefully and gently as possible.

Here’s my wish for little dogs: That the general public learns that snatching tiny dogs (or puppies of any breed) up into the air can be frightening. That if they are picked, it up it is done gently and with their knowledge it is about to happen. (How about a cue, “Up and Away!” that lets dogs know what is about to happen.)

I’d love to hear your take on this. Have you had a small dog that others couldn’t resist picking up? Struggled not to pick one up yourself (we are human after all)?  I’m all ears, just like the Papillon in the photo above.

Meanwhile, back on the farm: We’ve gone solar! Using more renewable energy was one of my goals for 2020, and I am thrilled that we will now have 100% of our electrical needs met with solar power. The good people at All Sky Energy did the installation, which took five days and required the best husband in the world to take down 5 sections of fence and repair them over the next few days.

A few surprises: The first is the size. It felt humongous at first. Gigantic. I have suggested to Jim that we open up a factory, because it feels like we could power one now. I have since learned that most people have the same reaction: We all see the panels either up on roofs or from far away, and have no real sense of their size. But after just a few days I’ve gotten used to it, and I smile every time I see it.

Maggie and Skip are helping out here to give you a sense of scale: 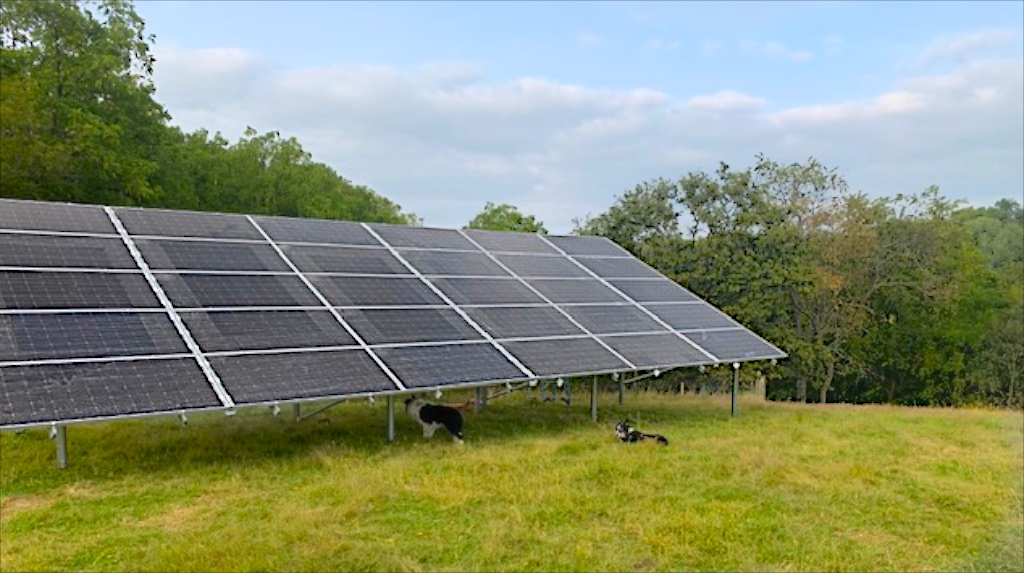 This is All Sky co-owner and hard worker Keith on the edging machine that cuts a two foot deep channel for the cable. 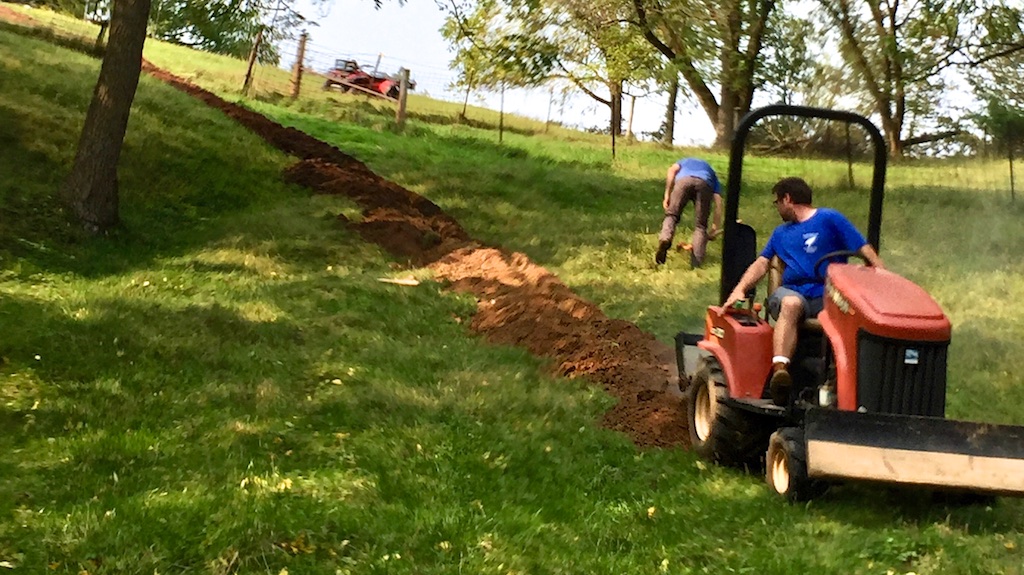 One of the many fences my poor husband had to cut and then repair to get the trenching machine through. 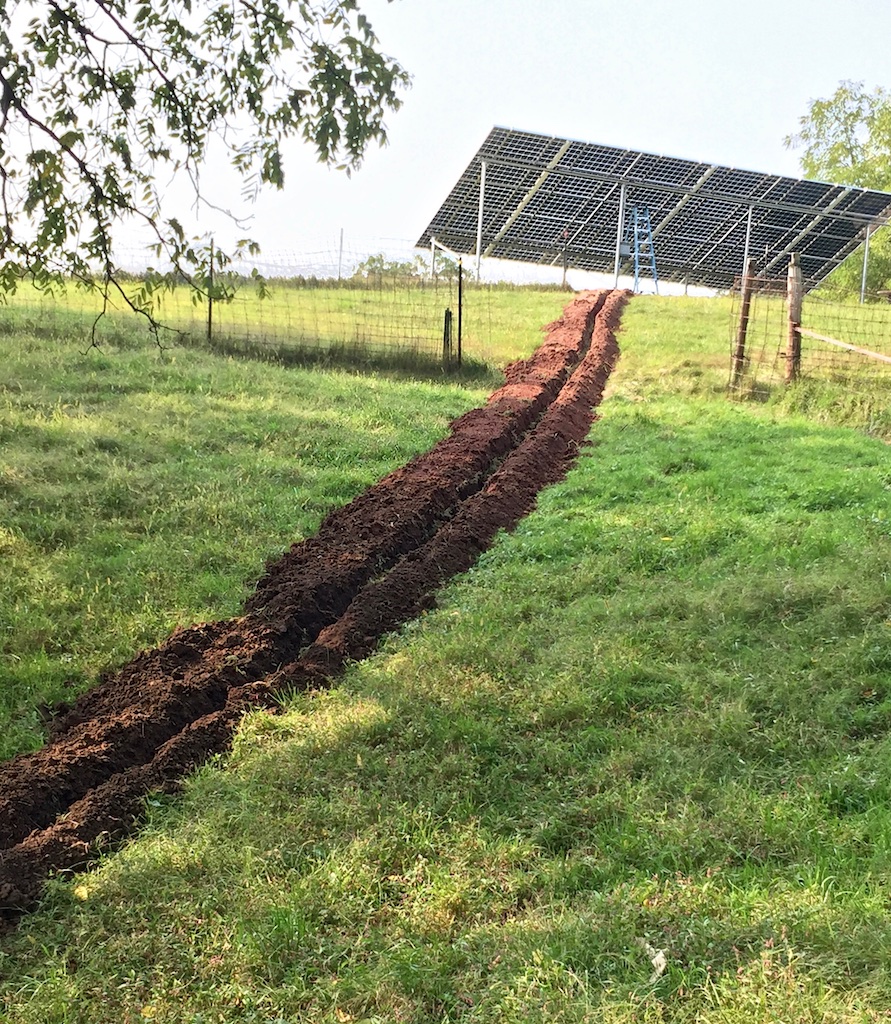 And so, we are connected to the sun in a whole new way. It feels wonderful–I am grateful that we are able to do a small something to help our poor planet, and the people and animals who live on it.