Welcome to an ongoing inquiry about the behavior of people and dogs.
Blog Home >> Animals and the People Who Love Them >> Maggie! Chester! Princess! (Now That We Have Your Attention, Please Read Our Minds) 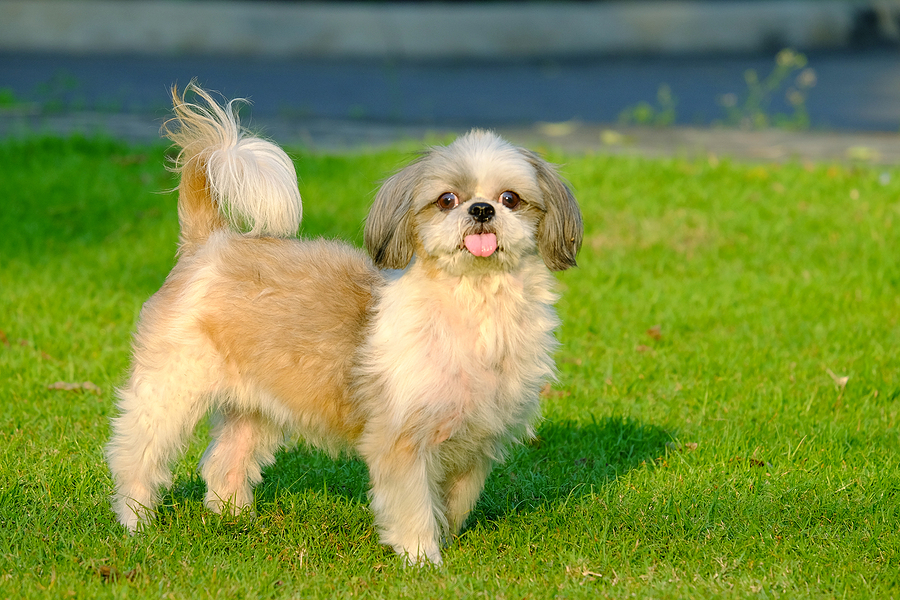 I have no idea what you want me to do. Please explain.

How many times have you said your dog’s name, and nothing else, when you wanted her to come, or sit, or stop jumping up, or . . . ? It seems to be universal, this tendency to say a dog’s name, and then assume they know what we want them to do without any more information. If I had a dollar for every time I’ve heard someone say “Butch!” or “Blackie!” and then wait for the dog to do something, I’d be a wealthy woman today. Literally.

Ah but, I’ve done it too. Not very often, quite rarely actually now, but on occasion it still happens. But I hear it all the time, because it seems to be something we humans do around our dogs, until we learn not to. We don’t do it with our human friends, at least, not very often. (There’s a great comedy skit in there somewhere.) Given that mind reading is not well developed in the skill set of the domestic dog, it’s surprising that saying a dog’s name, and nothing else, is so common.

If you know my work you know I love analyzing how we communicate, and miscommunicate, with our dogs. Which is why I’ve been thinking about this a lot lately, especially after hearing a dog’s name said over and over again recently, while the owner got frustrated because the dog wasn’t doing what he wanted. (Coming when called.)

This brings up the question of how we use a dog’s name, and I’d love to have a conversation with you about it. Ideally, I think a dog’s name should be used exactly as we use it with people. Usually, if I say someone’s name, I am telling them that I want their attention, and I would appreciate some sign that I have it. Perhaps they might turn their head toward me, or keep looking away but saying “Yes?” However, I don’t necessarily expect that from a dog, in part because a dog might twitch an ear, or do something more subtle that signifies attention that I might not notice. (Someday our dogs are going to turn around and say “WHAT?” I just hope I am alive to see it.) 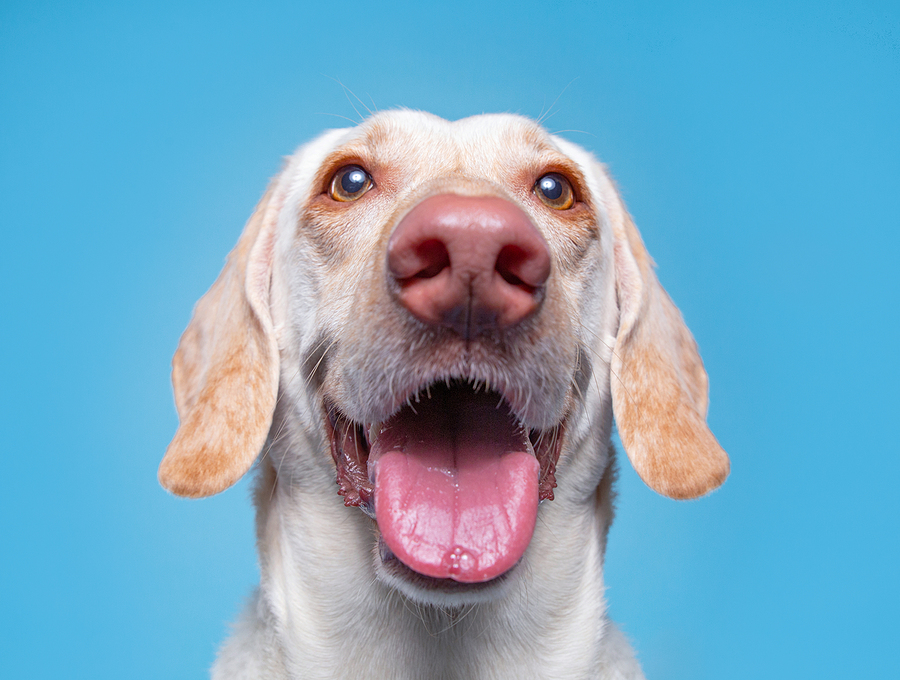 Mostly, then I’ll say the name, and then an action, like “Skip, that’ll do,” (stop working sheep and come to me), or “Maggie, lie down.” But as I think about it, I often use a dog’s name said twice as a recall. “Skip Skip!”, often followed by hand claps, is one of my recalls. As I write this, I realize that I also use a name said twice as a release, for example, at the door. Interesting… not ideal to use the same cue for different actions. But I don’t see any sign that it confuses the dogs, so I assume it’s context related.

What I don’t do, at least do very rarely, is use a dog’s name as a correction. I’ll admit to having done so on occasion, when I’m tired and hangry and being all primate-ish and Maggie has a huge piece of cat poop in her mouth after having diarrhea all night long and . . . You get the idea. I am sure that there are those reading this post that have never used their dog’s name as a correction in their lives. My hat is off to you, but the rest of us mortals do have a bad moment or two in life. I say we should forgive ourselves for it, note the circumstances in which it happened and guard against it happening again. Agree?

I’d love to hear how and when you use your dog’s name to communicate. How many different meanings does it have, depending on the tone? What do you expect your dog to do when you say it? Are there times you avoid using your dog’s name? I’m all ears . . .

MEANWHILE, back on the farm:  We had mixed results at the Cedar Stone Sheepdog Trial last weekend. (I’m going to write more about that next week, and will include videos of some of the runs.) Skip and I had some good runs, and it feels like we are starting to work together as a team. He did some really nice work, I made some good decisions and some not so good ones, but overall I’m happy with how it went. Most of our lost points were simply from my lack of making the right split-second decision. Not so with my Maggie girl, who yet again got beaten by this particular flock of sheep. Lots more to come on that next week.

We’re at peak color here in southern Wisconsin, and it’s just gorgeous. We don’t have the electric color of our northern forests, which are full of maples glowing with their boisterous red, orange and salmon pinks. But it’s still gorgeous here, and I’m soaking it up as much as I can, as if one could store colors in their soul like a brown bear stores fish fat for the winter.

Here are a few from the Maple in our yard: 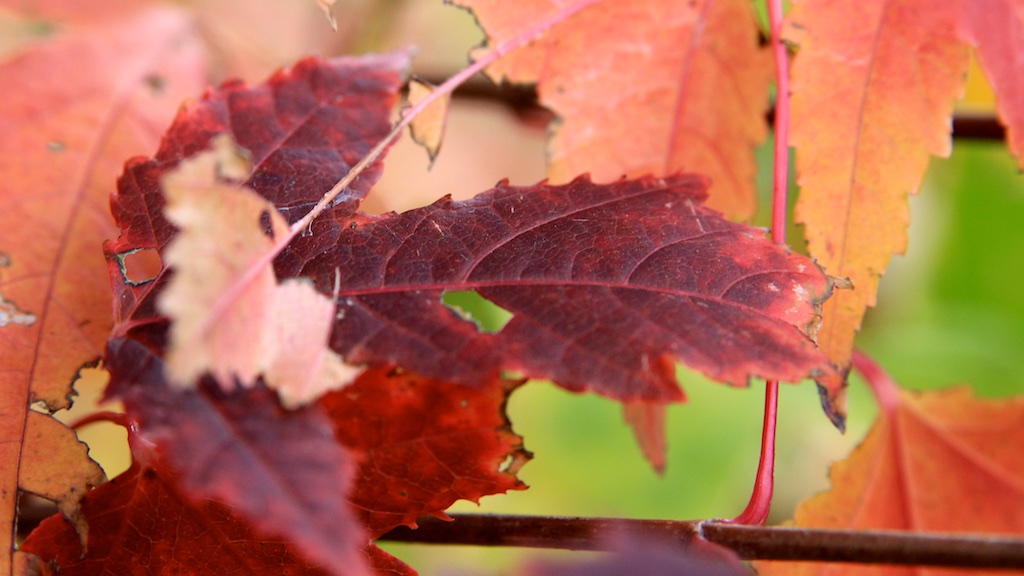 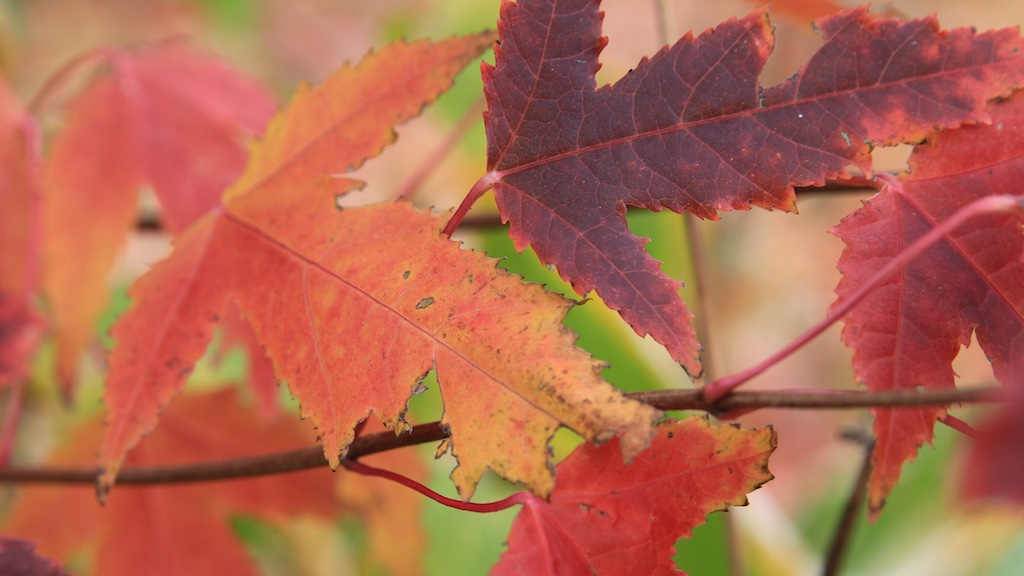 Here’s the same tree in front of the barn in different light and a few days ago: 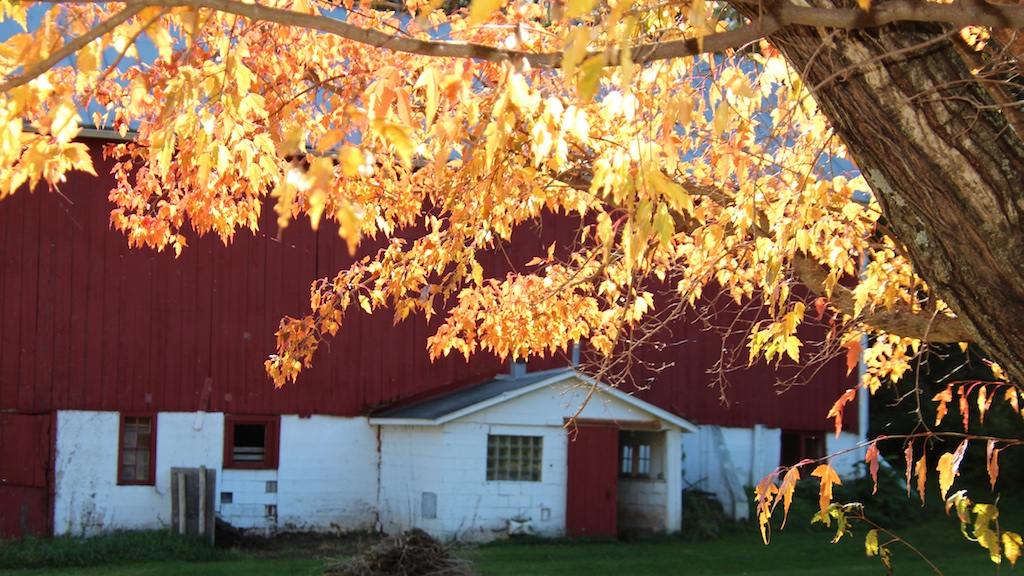 I love the carpet of color it leaves (leafs?): 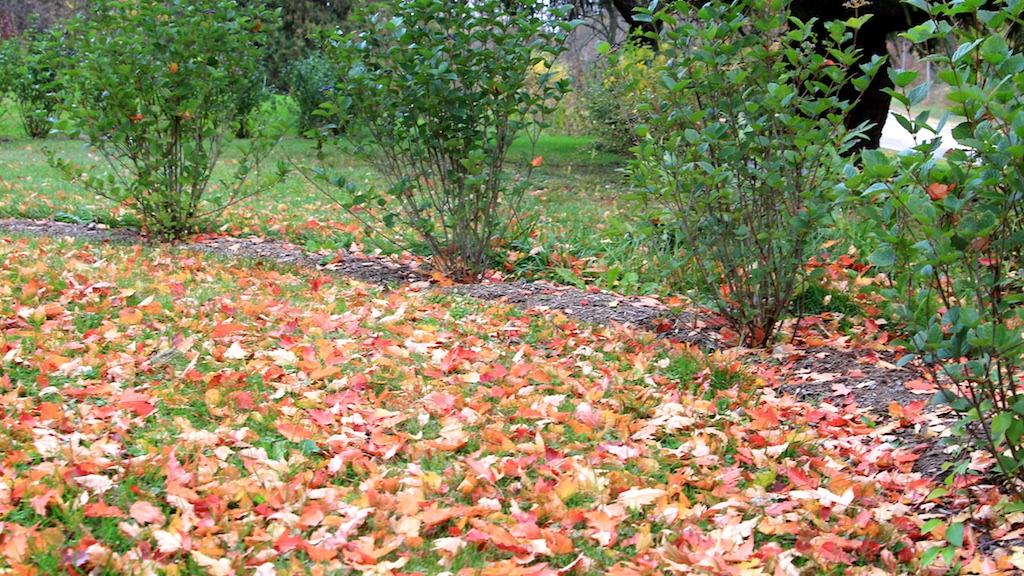 There’s not a lot prettier than Polly having deep cat thoughts on a fall day: 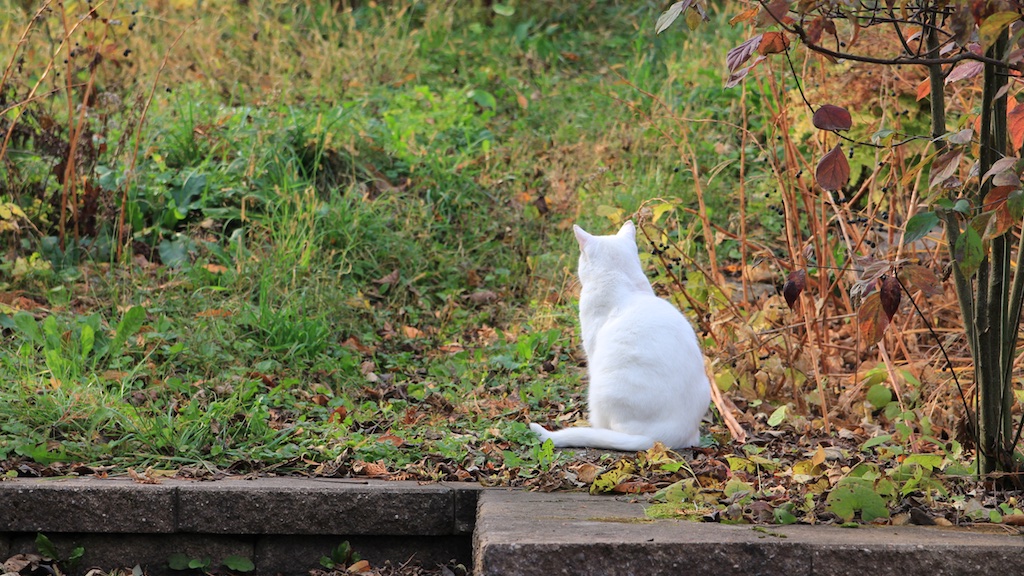 Far less pretty is the invasion of the Asian Lady Beetle. (A non-native, NOT a lady bug, who was brought over in one of those badly-thought out attempts to fight another pest, aphids.) This photo doesn’t begin to show how thick they were, and how horror movie-like it is when they are when they are in full force. Jim and I were outside working on one of the worst days, and you had to be covered up completely (on a hot day) because they bite. They also smell horrific, and can be so thick they fly into your mouth, nose, etc. They make cloudy and rainy days extra nice! 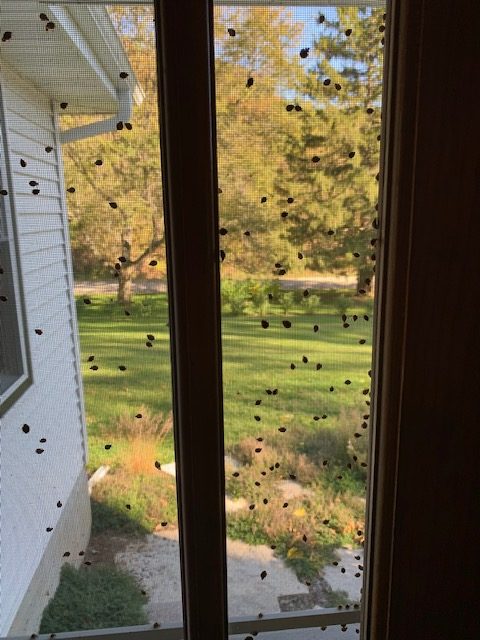 Here’s hoping your only invasions were of only good things this week.