Welcome to an ongoing inquiry about the behavior of people and dogs.
Blog Home >> Animals and the People Who Love Them >> Why I Farm, Revisited

But that way lies madness, and I know it.  I’ve raised sheep now for over 20 years, along with ducks and dogs. I’ve been a zoologist for just as long, and have thus seen numerous animals dead or dying and in all states in between. And although I felt sick for the rest of the day, I also realized that is this is why I love my farm so much. I imagine that sounds strange, at best, and at worst, an indication that I have indeed gone mad — “I love raising animals because they die” is not an easy line to explain. Bear with me. 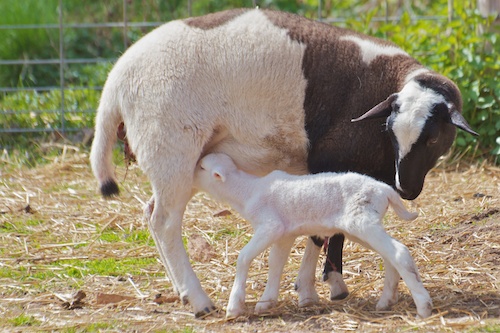 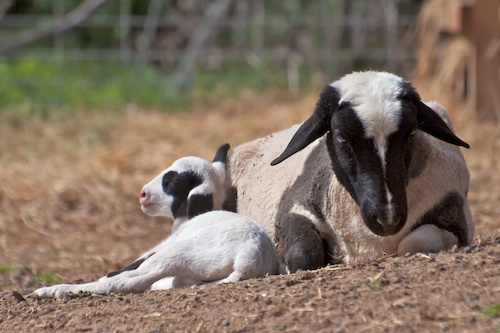 MEANWHILE, back in 2019: We are just back from a heavenly vacation on Walloon Lake, Michigan, staying at a friend’s house nestled among pines and hemlocks, with a background of sparkling, blue water.

Took the S.S. Badger Ferry from Manitowoc, WI to Luddington, MI, a wonderful way to feel like you’re entering another world (somewhere around 1950 or so): 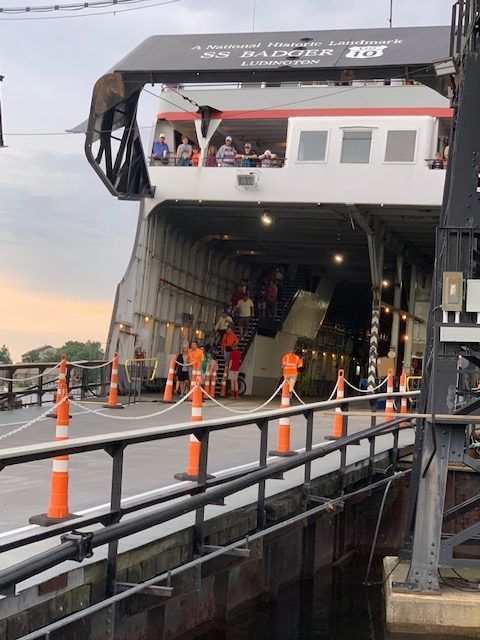 Had fun with the camera and their numerous bird feeders: 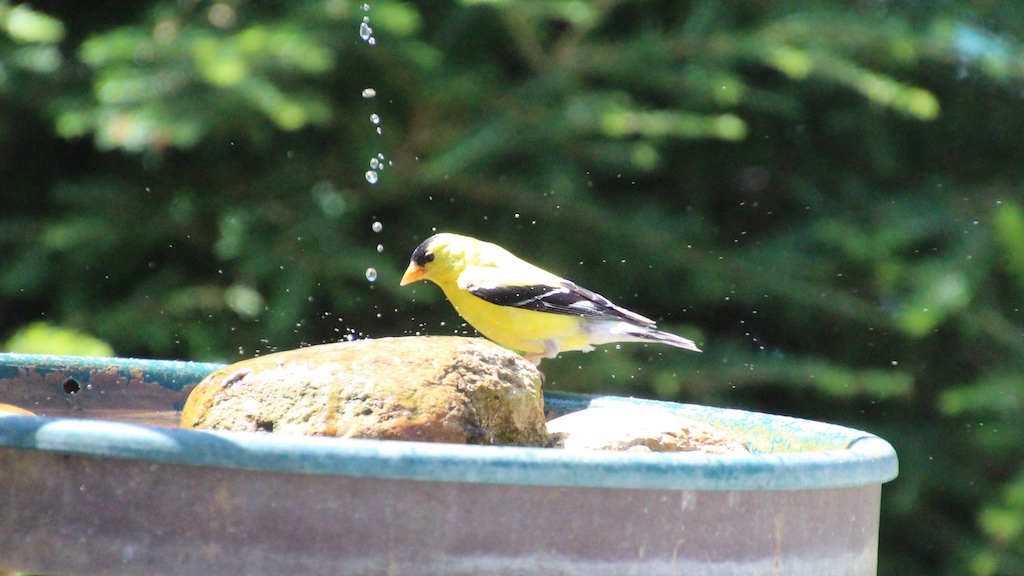 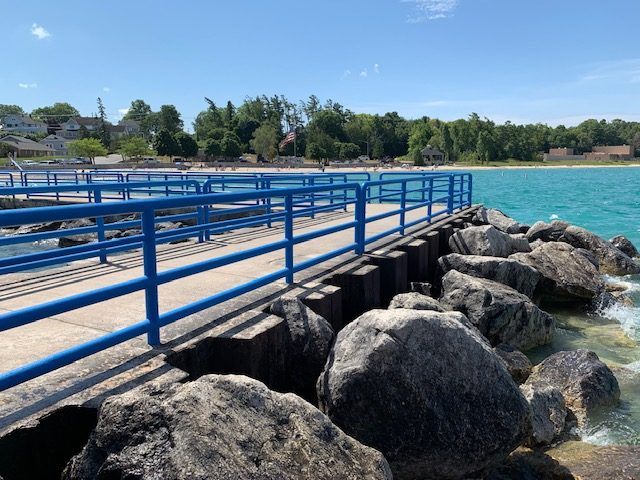 Played cards, did a jigaw puzzle, visited good friends with their new property north of Harbor Springs, and ate and ate and ate. Thank you D and J for a perfect vacation!

(I’m sorry Maggie, and yes, we’ll work sheep as soon as I click on “publish,” honest. Even though it’s pouring rain.)

« On vacation. Sending flowers.
The Books on My Bookshelf »